Acura NSX was born to be made into a brilliant race car.

Acura NSX and race-bred NSX GT3 Evo share more than 80-percent of their underlying component parts, reflecting the fact that racing was an essential part of the plan from the earliest stages of the NSX development. 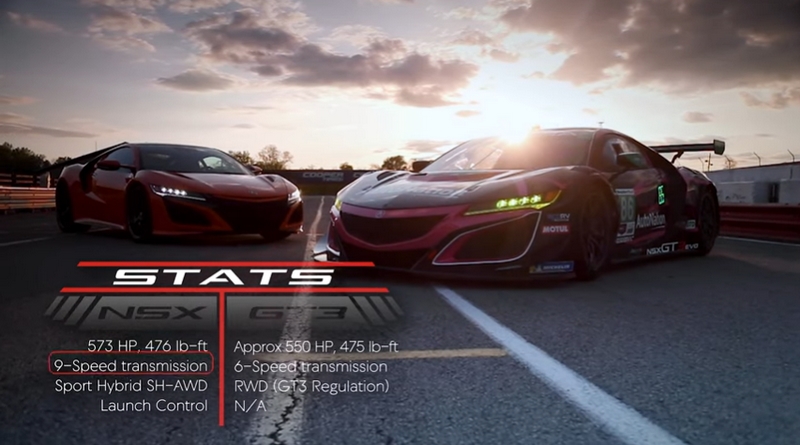 Just how identical are the Acura NSX and NSX GT3? Watch and find out!

A new video from Acura explores the relationship between the Acura NSX supercar and its race-winning counterpart, the NSX GT3 Evo. Currently #1 in the IMSA GT Daytona (GTD) point standings, NSX GT3 Evo driver Trent Hindman of Meyer Shank Racing demonstrates the distinctive approaches to performance of the two cars in 0-60 runs, braking tests, ease- of-use evaluations and, of course, ultimate lap times at the Mid-Ohio Sports Car Course. The production NSX showcases its strengths as a supercar designed to run with the world’s best exotics, while the NSX GT3 Evo demonstrates its chops as a purpose-built, razor-sharp race machine. Hindman’s conclusion: the NSX was born to be made into a brilliant race car.

“We knew from the outset that the second generation NSX would be tested at the highest limits on track,” said Ted Klaus, who served as global development leader for the second generation NSX and was recently named president of Honda Performance Development, the North American race engineering arm of Acura Motorsports. “Competitive racing was an essential consideration during NSX development, which influenced critical decisions we made regarding the car’s fundamental design.” 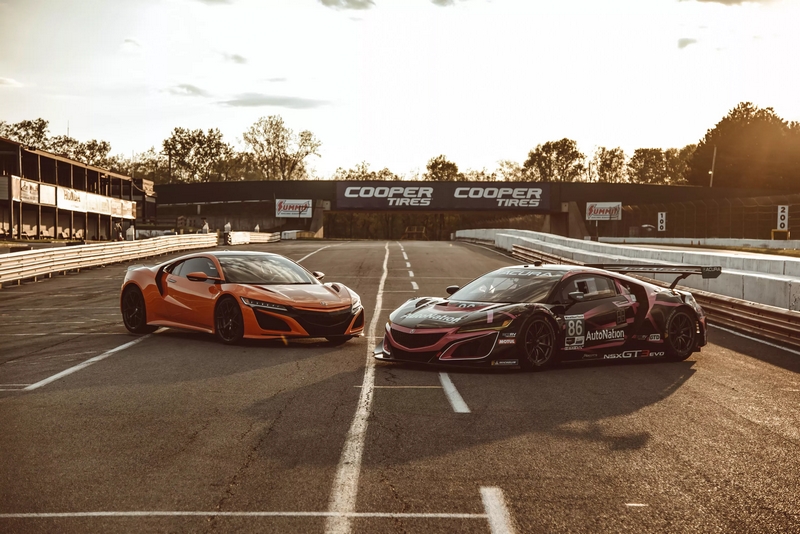 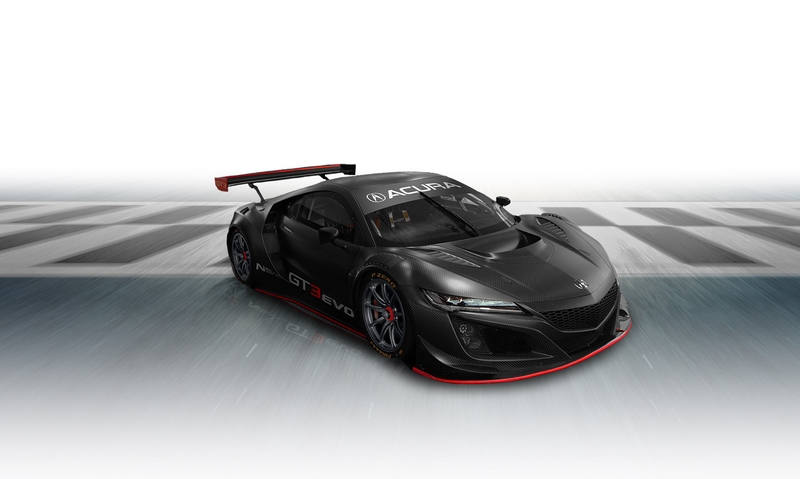 THE NSX GT3 RACECAR WAS ALWAYS PART OF THE PLAN; @nsx.acura.com

Unlike other hybrid supercars, not only is electric power used to fill the “torque well” of a turbocharged engine, the NSX’s front-mounted Twin Motor Unit (TMU) is capable of delivering both positive and negative torque independently to the front wheels. In this respect, the production NSX stands alone in the universe of supercars past and present: the only exotic using electric motors to enhance every element of dynamic performance – acceleration, braking and cornering.
Since its debut in early 2017, the NSX GT3 and GT3 Evo have tackled some of the world’s most iconic GT races, including the 24 Hours of Daytona and Spa; the 12 Hours of Sebring; Petit Le Mans; and the FIA GT World Cup in Macau. Currently, the NSX GT3 Evos campaigned by Meyer Shank Racing in the IMSA WeatherTech Sports Car Championship lead the
points for both Manufacturers’ and Drivers’ Championships in the GTD class. In the Blancpain GT World Challenge America series, the NSX GT3 Evo has earned six pro-am wins with three different teams (3-Racers Edge, 2-RealTime Racing, 1-Gradient Racing). 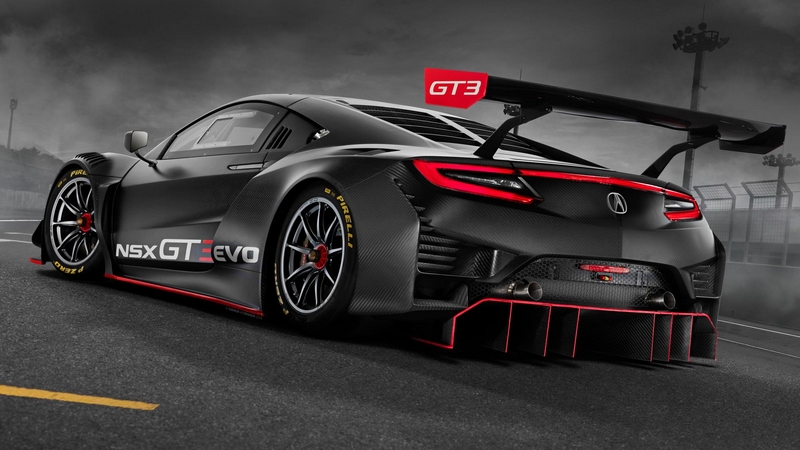 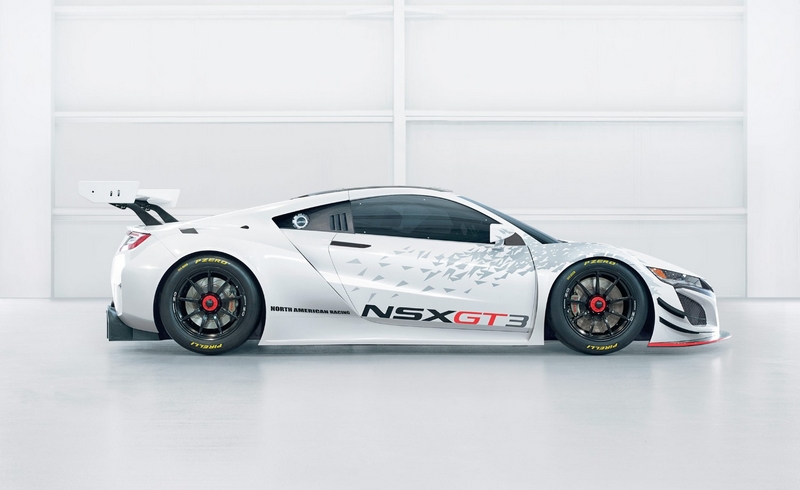 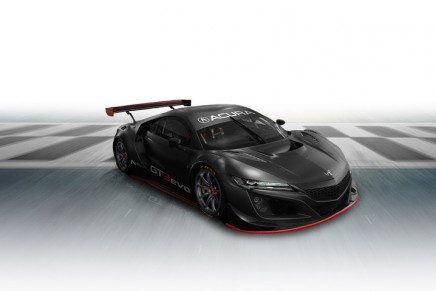 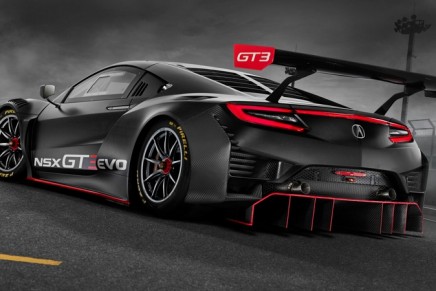 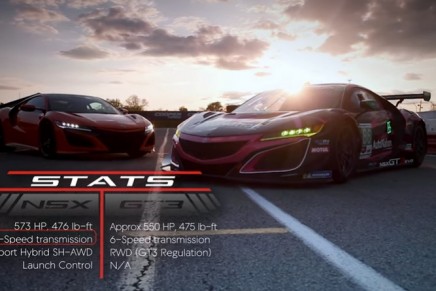