“I created the chevron patterns using rubberized studs which have faceted ends that reminded me of diamond settings and some of the spectacular gemstones I had seen in the Bulgari High Jewelry atelier in Rome,” explained the designer. The limited edition collection inaugurates a series of Bulgari collaborations dubbed “Serpenti Through The Eyes of”.

A symbol of wisdom, renewal and vitality, the snake is an ever-lasting Bulgari motif. Both talisman and accessory, the serpent is revisited this season by British footwear designer Nicholas Kirkwood. The Bulgari x Kirkwood capsule includes clutches, backpacks, and shoulder bags, including the Serpenti Forever bag, first designed by Bulgari in 2012.

“Bulgari muse Bella Hadid exquisitely shows off the range in the capsule collection campaign, photographed by Terry Richardson. The bags are available exclusively at the Printemps Haussmann Paris department store in France until October 14, as well as on the Net-A-Porter website,” announced the LVMH luxury group.

The new bags come in a richly textured chevron pattern defined by varnished studs, with a mix of flat, round and matte pyramidal buttons. Nicholas Kirkwood also adds a new twist to the enameled snake head clasp that adorns the backpacks and shoulder bags. The innovative collection boasts graphic forms and a color palette inspired by gemstones such as pink spinel and royal sapphire. 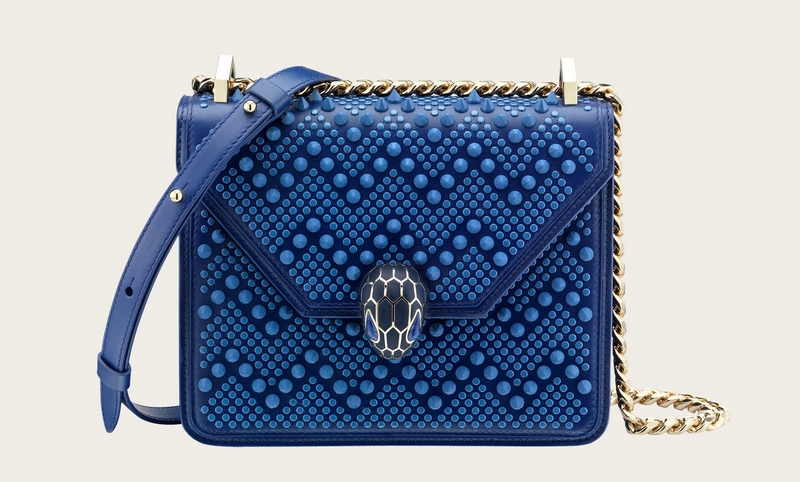 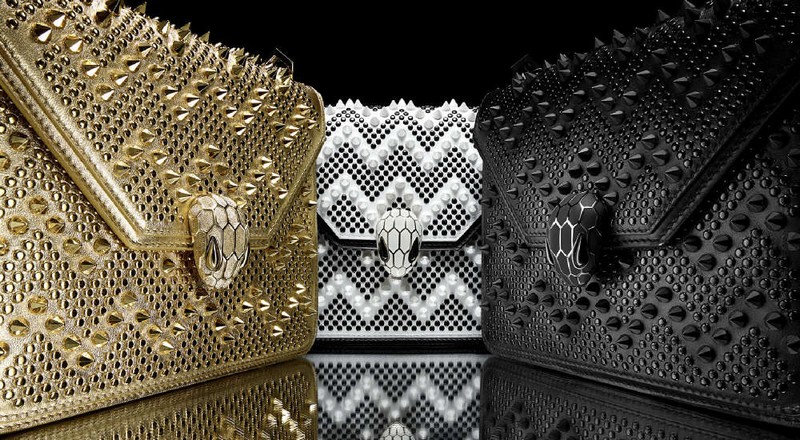 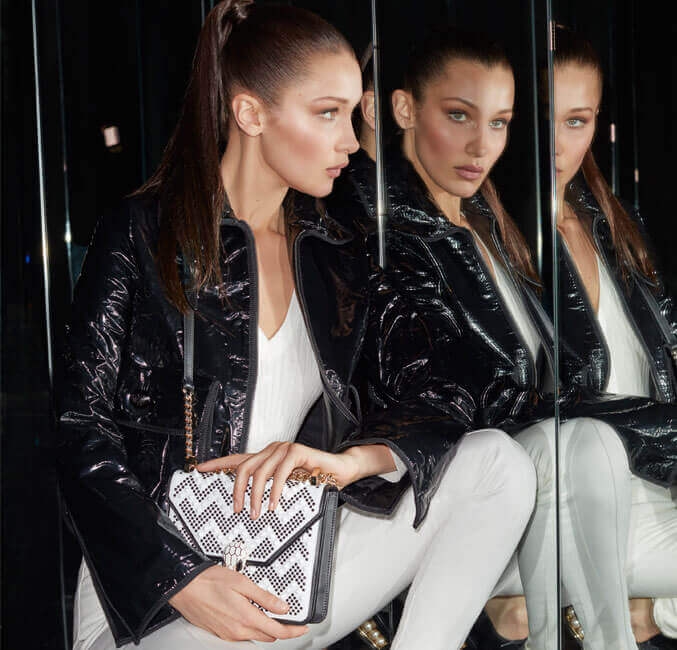 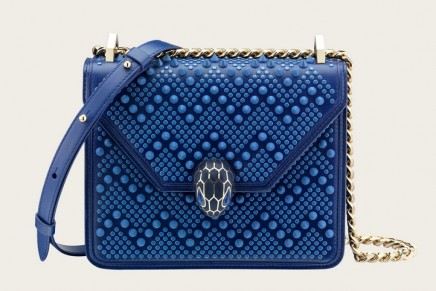 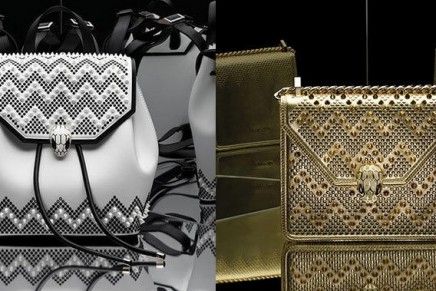 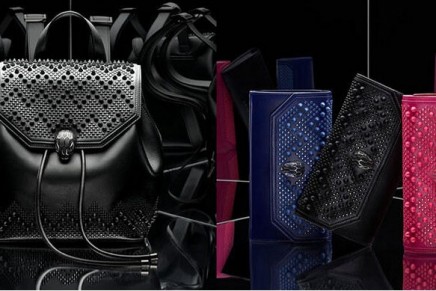 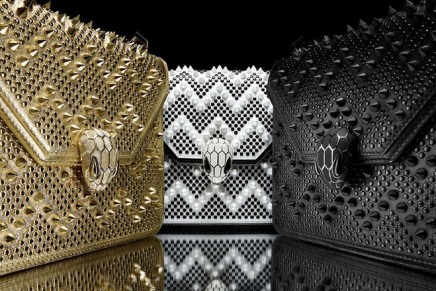 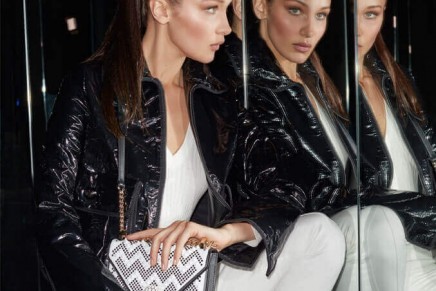