Complete sets of Warhol’s portraits of Beethoven hardly ever come up for auction and are highly desirable.

Sotheby’s announced it will offer a rare complete set of screenprints of the German composer and pianist by American artist Andy Warhol.

With 2020 marking the celebration of the 250th anniversary of Ludwig van Beethoven’s birth, Sotheby’s will present a rare complete set of Beethoven screenprints by Andy Warhol. Estimated at £200,000-300,000 the set of four portraits will be offered in a sale of Prints & Multiples in London on 19 March 2020.

Shortly before his death in 1987, Warhol created a set of portraits of the German composer, widely considered one of the greatest musical geniuses of all time and celebrated for his innovative and revolutionary compositions. Like Warhol, he explored new frontiers of his medium, transcending time and breaking down barriers.

This set of screenprints encapsulates the hallmarks of an Andy Warhol portrait, from the artist’s trademark colour blocks, in this instance contrasted with the dramatic black background, and bright, vibrant highlights, to the typically Warholian repetition of symbols and imagery, with the subject repeated four times in different colour combinations.

Well adept at turning any sitter into an object of popular culture and fandom, Warhol spared no effort in transforming the idealised and iconic portrait of the composer by Karl Stieler, into the rock star persona portrayed within this set of four screenprints. Gracefully superimposing notes from one of Beethoven’s most famous compositions, Piano Sonata No.14 (better known as the Moonlight Sonata), Warhol commodifies Beethoven’s identity.

“Just as Beethoven was a towering figure during his lifetime, immortalised ever since through his music, Warhol’s iconic image-making process bestows the composer with rock star status,” said Severine Nackers, Head of Sotheby’s Prints Department in London.

Andy Warhol was infatuated with fame, celebrity, fashion and Hollywood from a young age. When Marilyn Monroe died in 1962, Warhol almost immediately began his now ubiquitous series of portraits of the actress, returning to the subject again and again. Recognising his own fascination with the cult of the celebrity, in the 1960s Warhol paid homage to various world-renowned icons of the twentieth-century: Liz Taylor, Elvis Presley, and Jackie Kennedy. In the 1970s he directed his spotlight towards Judy Garland and Chairman Mao, and in the 1980s, H.M. Queen Elizabeth II, among others, commanded his attention. 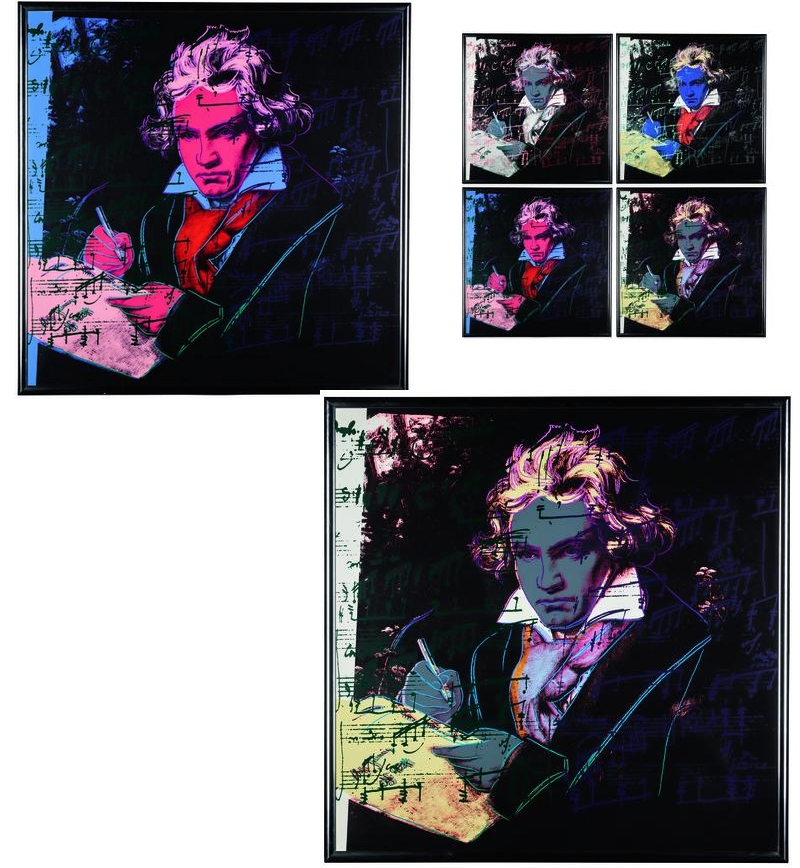 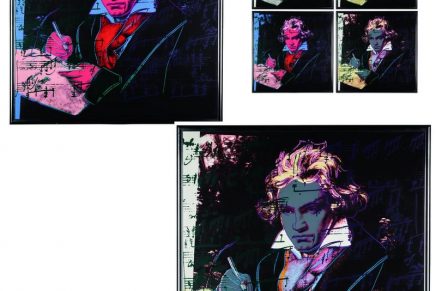