The results of Knight Frank’s unique Luxury Investment Index reveal the most coveted objects of desire in 2019, while the consultancy company’s data partners offer their insights on a selection of asset classes. 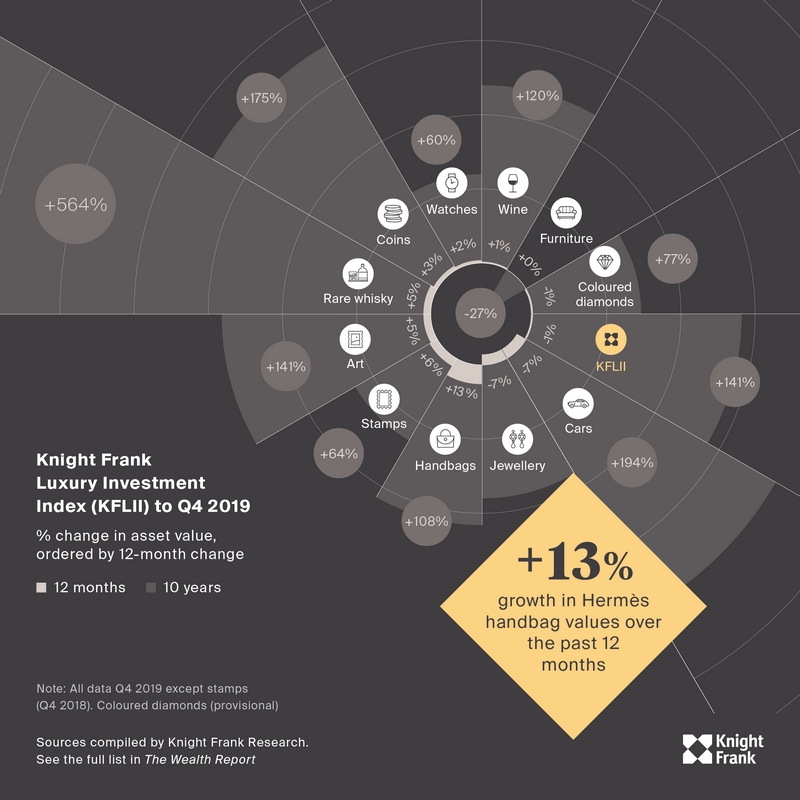 In the 14th edition of The Wealth Report, Knight Frank identifies and explores the big themes dominating the agenda right now – with a particular focus on how wellness is shaping industry, individuals and society. Knight Frank also highlights global wealth flows, risks to wealth creation, residential hotspots, private capital investment trends and how philanthropy has become the ultimate investment of passion. The results of the 2020 Luxury Investment Index also reveals an interesting newcomer in a burgeoning market.

Burgundy market reached new peaks early in the year before falling away. But at the level below the most sought-after Burgundies, the best wines enjoyed relatively strong demand and champagne and northern Italian wines were up 6%–8%. The bigger picture is positive, too: despite a lacklustre 2019, The Knight Frank Fine Wine Icons Index has risen by 120% in the last decade.

According to Miri Chen, Fancy Color Research Foundation, the yellow diamonds performed well as declining prices made them more accessible to the end client. While high-end pink and blue diamonds performed very well on the retail side, auction prices appeared low, reflecting the inferior quality of many of the coloured diamonds that find their way to auction. The real action here is at retail level, behind closed doors, where the goods sold tend to be of better quality and so fetch higher prices.

“The environmental debate and potential legal changes led to uncertainty among classic car buyers, although collectors with an asset allocation towards the sector continued to acquire high-quality examples” says Dietrich Hatlapa, HAGI.  Stand-out sales included Niki Lauda’s 1975 World Championship Ferrari 312T, which sold at Pebble Beach in August, the McLaren F1 sold at Monterey and the 1939 Alfa Romeo 8C 2900B sold at Artcurial, Paris. What was also notable, though, was the large number of cars that remained unsold.

Significant over-supply and a softening in values for the market leader, The Macallan, made for a challenging start to the year, reflected in a half-year fall of 2.67% in the Knight Frank Index. As supply eased, the second half of 2019 fared much better, and the Index finished the year up 5%.

According to Andy Simpson, Rare Whisky 101 , significant trends included the emergence of challenger brands in the secondary market, and growing interest in sherried Scotch. Collectors continued to seek out the oldest, rarest examples from iconic distilleries such as Dalmore, Springbank, Ardbeg, Lagavulin, Bowmore and Brora, and casks remained in huge demand. But, just as in 2018, the headlines belong to The Macallan, with a bottle of the distillery’s 1926 Fine & Rare fetching £1.2 million at Sotheby’s in October.

With a rise of around 5% this year, the art market continues to adapt to a slowing supply of works by Impressionists and Modern masters. Other winners in contemporary sales were urban artists Invader, who broke the US$1 million mark at auction for the first time with the tile mosaic TK_119, and Banksy, whose painting Devolved Parliament sold for around five times the artist’s previous record in 2008.

According to Veronika Lukasova-Duthy, Art Market Research, 2019 was the fourth consecutive year that overall individual  artist records fell, while record sums were paid for works by living artists – such as Jeff Koons’ stainless steel Rabbit, which  sold for US$91 million in May.

As with other investments of passion like rare whisky (see The Wealth Report 2019) whose value has risen sharply in recent years, handbags are increasingly being seen as an investment class in their own right, as well as highly desirable  fashion accessories.

As luxury collectables continue their rise up the investment agenda, a growing number of fledgling UHNWI collectors are making their first forays into the world of auction sales. 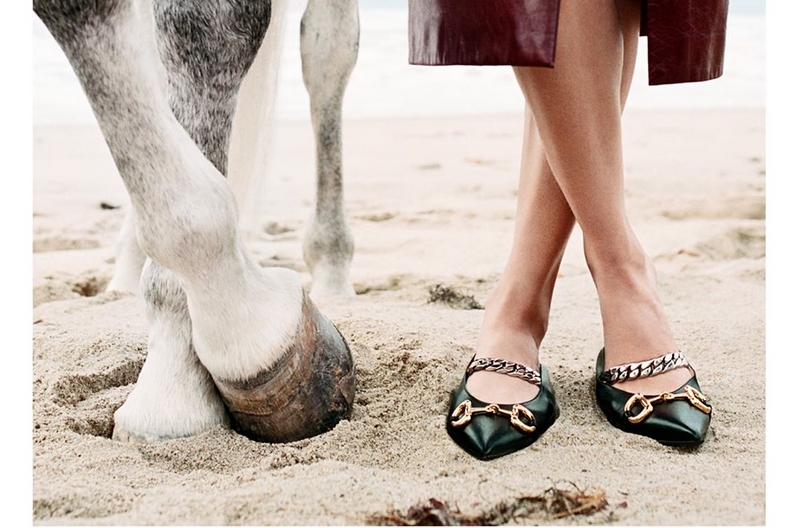 On the beach for Of Course A Horse, the new campaign featuring the Gucci Spring Summer 2020 collection designed by Alessandro Michele. Seen here, leather ballet flats adorned with the Horsebit hardware. @gucci 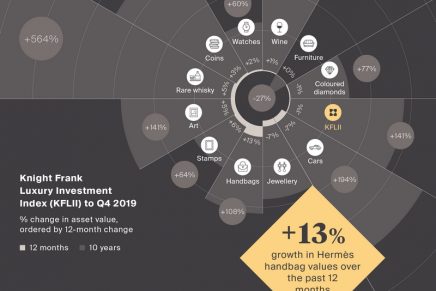 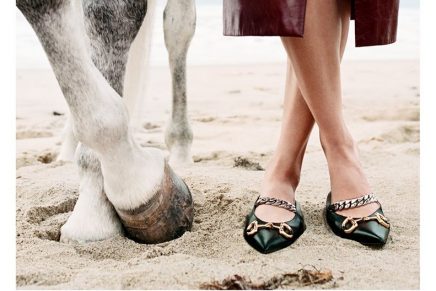