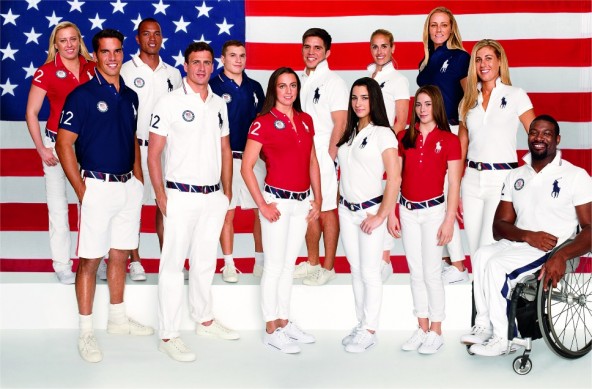 Building on the success of the Ralph Lauren’s involvement in the 2008 Olympic Games in Beijing and the 2010 Olympic Winter Games in Vancouver, the US fashion brand will design the official Opening Ceremony and Closing Ceremony parade uniforms for Team USA, as well as a unique collection of village wear apparel and accessories inspired by the 1948 Olympic Games in London.

“The Olympic Games are the greatest sporting event in the world and we are incredibly honored to partner with this esteemed group of athletes,” said David Lauren, Executive Vice President of Advertising, Marketing and Corporate Communications. “They embody the true spirit of American sportsmanship and we are proud to have them wear our product as they represent Team USA.”

The collection features reissued heritage pieces from the ‘30s and ‘40s, including fleece warm-ups, a cricket-collar shirt and sweatshirts with felt “USA” appliqués.
[adsenseyu1]