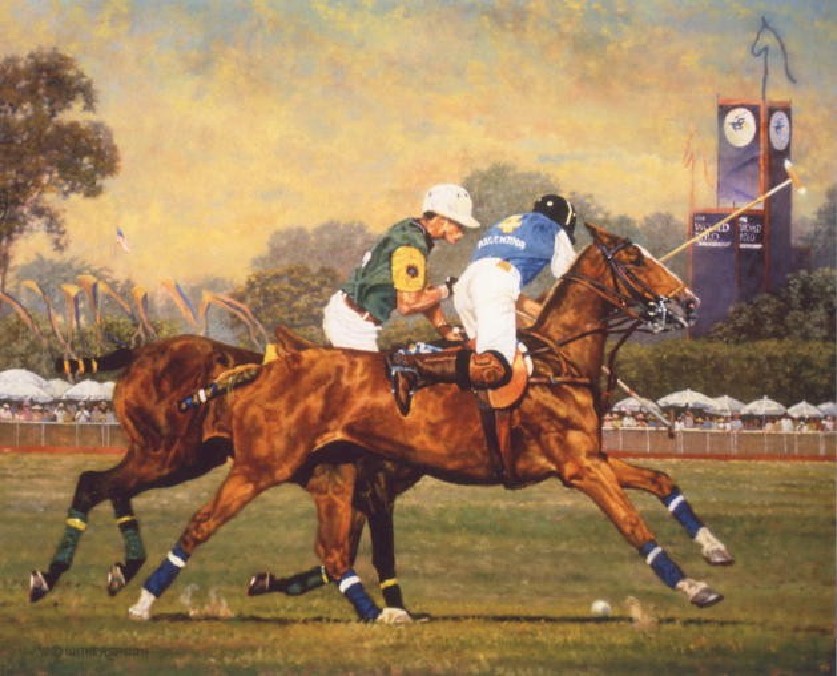 We finally come to the fifth and last installment in this series entitled “Polo & Fashion.” Just as team jerseys from other sports such as basketball, football and hockey have become popular items for everyday wear, so has the polo jersey become more visable outside of the sport of polo in the past decade. Websites abound with both actual team jerseys as well as with poor imitations. The secret of telling the difference between the two lies in the origins of the jersey itself. 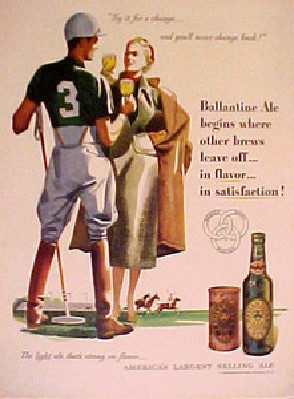 As mentioned in some of the previous articles, polo players originally played in long sleeved dress shirts. As the game progressed, so did its tempo, and players found more practical clothing for their sport. T-shirts and jodhpurs were used in the early 20th century, and this style continued for a long time. 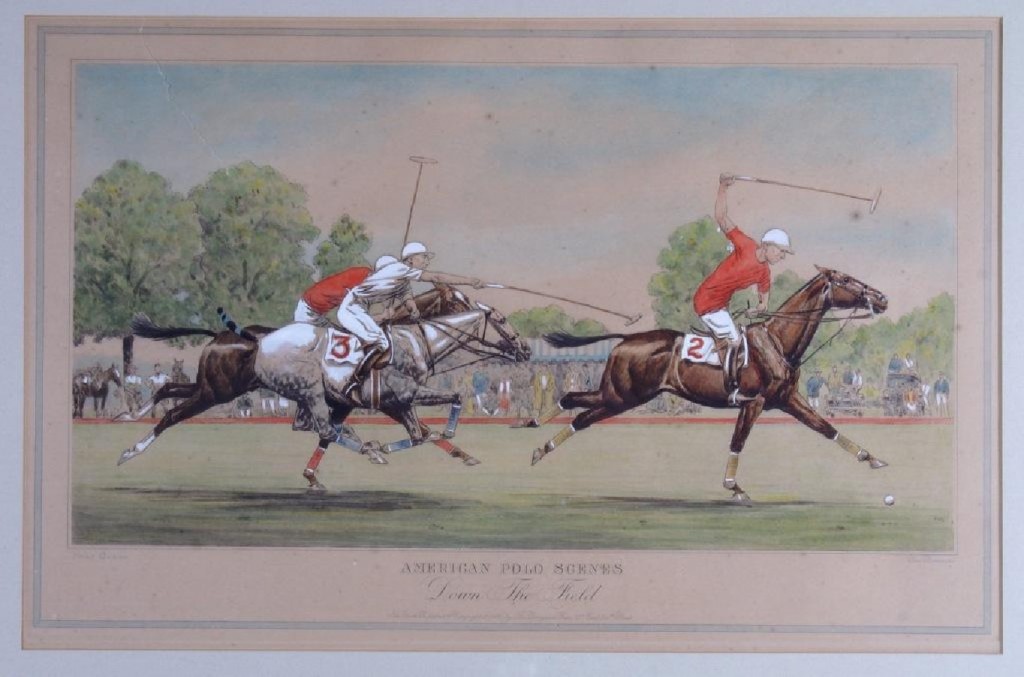 A lightweight, short sleeve, collared polo shirt started appearing around 1930 and was used by a number of players. Various modifications of the shirt included diagonal sashes or broad, horizontal stripes.
Eventually, polo players dispensed with the jodhpurs in favor of plain, white jeans, and the t-shirt was replaced with the polo shirt, or tennis shirt as it was also known. Polo shirts used for polo were seen in various colors, long before tennis started allowing colors at tennis tournaments. The reason for the colors in polo was to differentiate the various teams. By the 1970’s, the Polo Team Jersey started to take on much the same form as we see it today. Large numbers were placed on the backs of the jerseys to identify the individual players. Sometimes even the player’s name appeared on the back. Team names were displayed boldly on the jersey, both on the front or the back of the garment. Embroidered patches were placed on the sleeves and on the front. Sponsors’ names started to appear on the jerseys. Some jerseys even use pictures and other artwork on the shirt to make it more distinctive. The end result is an attractive, invidual piece of attire, quite singular and unique. 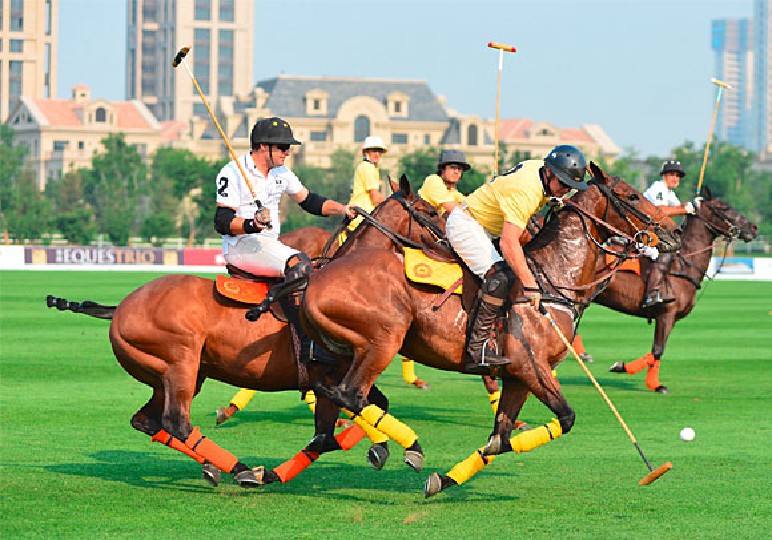 As with other original fashion trends, imitations of polo jerseys can be found. The following will help you in discerning which jerseys may be fakes.

– A polo team jersey will always have a number on it. This identifies the player’s position on his team. Four players play on a team in outdoor polo; three players play in arena polo, as well as on a beach polo team or on a snow polo team. This is because the field is smaller than the regulation outdoor polo field. Therefore, a jersey will only have the numbers 1 through 4. A rare exception might be a number 5, which is used for a designated substitute in an outdoor game. Higher numbers indicate an obvious fake. 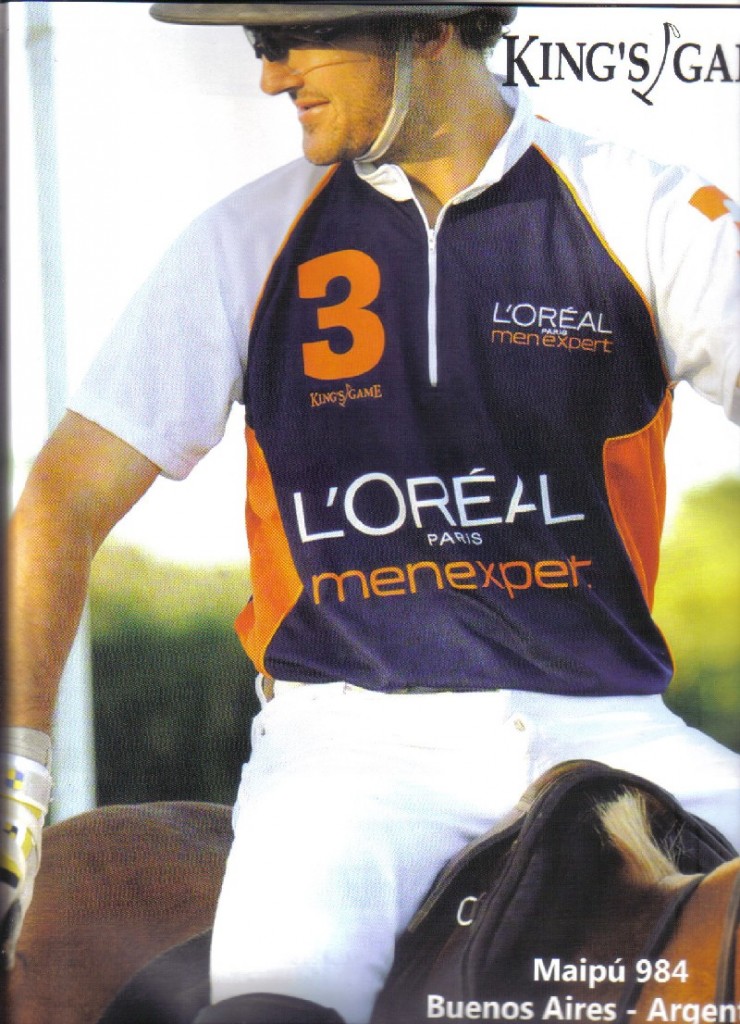 – Fakes tend to have indecipherable slogans written on the shirt, such as “World Champions The Best” or some such combination of words which make no sense together. True jerseys tend to use patches indicating the tournament, country or organization.

– Better jerseys, aside from their higher material quality, often have sleeves of a different color that the torso. Sometimes, each sleeve may be a separate color itself. Diagonal sashes, or a broad, horizontal stripe, sometimes with script on it, can often be seen. All these individual changes add to the overall manufacturing costs and, therefore, they are rarely found on cheap knockoffs.

– Just because a name brand clothing manufacturer produces a so-called polo jersey, this does not guarantee that the jersey is not a replica. Indeed, some manufacturers may become creative and use the polo team jersey as an inspiration to design a highly attractive garment. Ralph Lauren does this well. 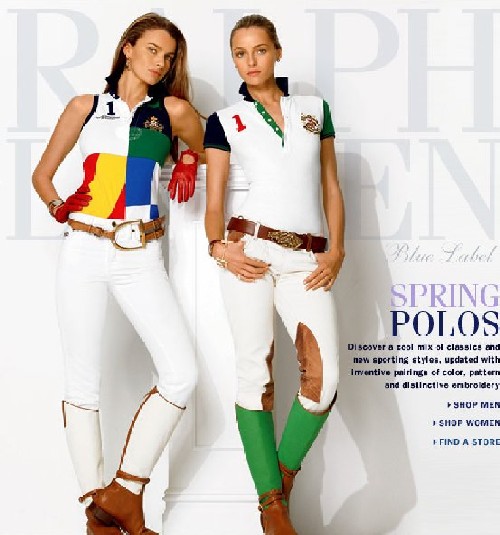 Ralph Lauren garments inspired by the sport of polo (Photo above )

There are numerous manufacturers of polo team jerseys, as well as companies that produce well-made replicas. The majority of these companies are found in Argentina due to the concentration of polo teams and players in that country. However, a sufficient quantity of suppliers can be found in Europe, Asia and in the USA. A web search will lead you to many of them. 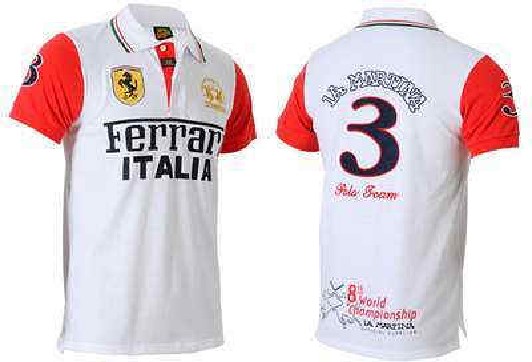 Today, it is not uncommon to see both men and women, children and adults, all wearing polo jerseys in a city’s center. These people often have no real knowledge of the sport, and are certainly not fanatics of the team whose jersey they are wearing, as is the case with wearers of basketball or football jerseys. These people wear a polo team jersey because they like the way it looks: the flash of colors, the emblems and embroidery, the way a polo jersey stands out in a crowd. You needn’t be a knowledgable fan of polo to appreciate a jersey’s fashion panache.