In 2002, when Karen Murdock purchased the nine-year-old chestnut gelding, a former racehorse and a sorely neglected yard animal, neither had any idea how both their lives were soon about to be transformed forever. At the time, Murdock worked as a psychiatric nurse handling mentally ill patients. Using her experience as a neglected child herself, and the employing the traits of patience, appreciation, kindness, compassion, and humor she used in her work, she eventually formed a deep bond with her horse and trained Lukas to perform many tricks. Today, Lukas is being billed as the “World’s Smartest Horse”  (according to the World Records Academy).

Lukas is able to execute high school movements such as the Spanish Walk, Passage, curtsey, bow, rear, sit, jambette and much more without any force (Karen doesn’t own a whip). Also, he is able to identify letters, numbers and shapes, discriminate colors and he understands the concepts of object permanence, spatial relationships, proportion, same/different and absentness.

Lukas, the World’s Smartest Horse and Guinness World Record Holder (“most numbers identified by a horse in one minute: 19″), has been featured in books, movies, newspapers, blogs and prestigious magazines.

“Karen Murdock is proud of her horse and the tricks he’s learned, all at liberty and without a whip in sight. She hopes that his accomplishments can inspire other success stories. It’s amazing what you can do with training methods based on kindness, patience, and a foundation of positive reinforcement,” says Lisa Kemp at the Equine Chronicle.

“People used to say that Thoroughbreds were too ‘flighty’ to train. With a world-renowned trickster named Lukas to prove them wrong, who would dare say that again?” wrote Esther Marr of The Blood Horse Magazine. 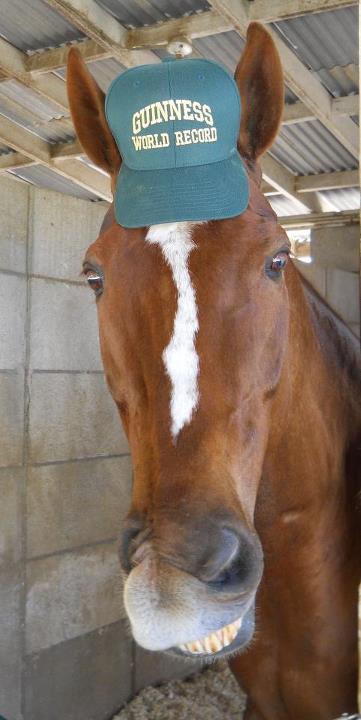 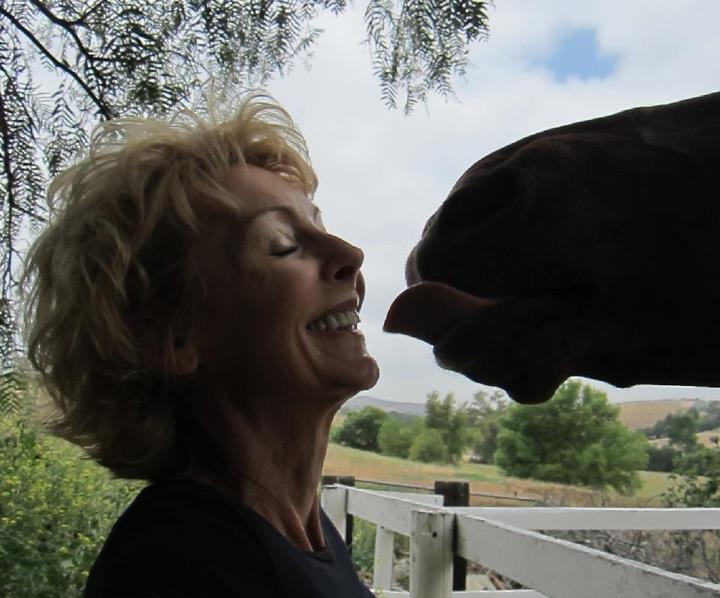 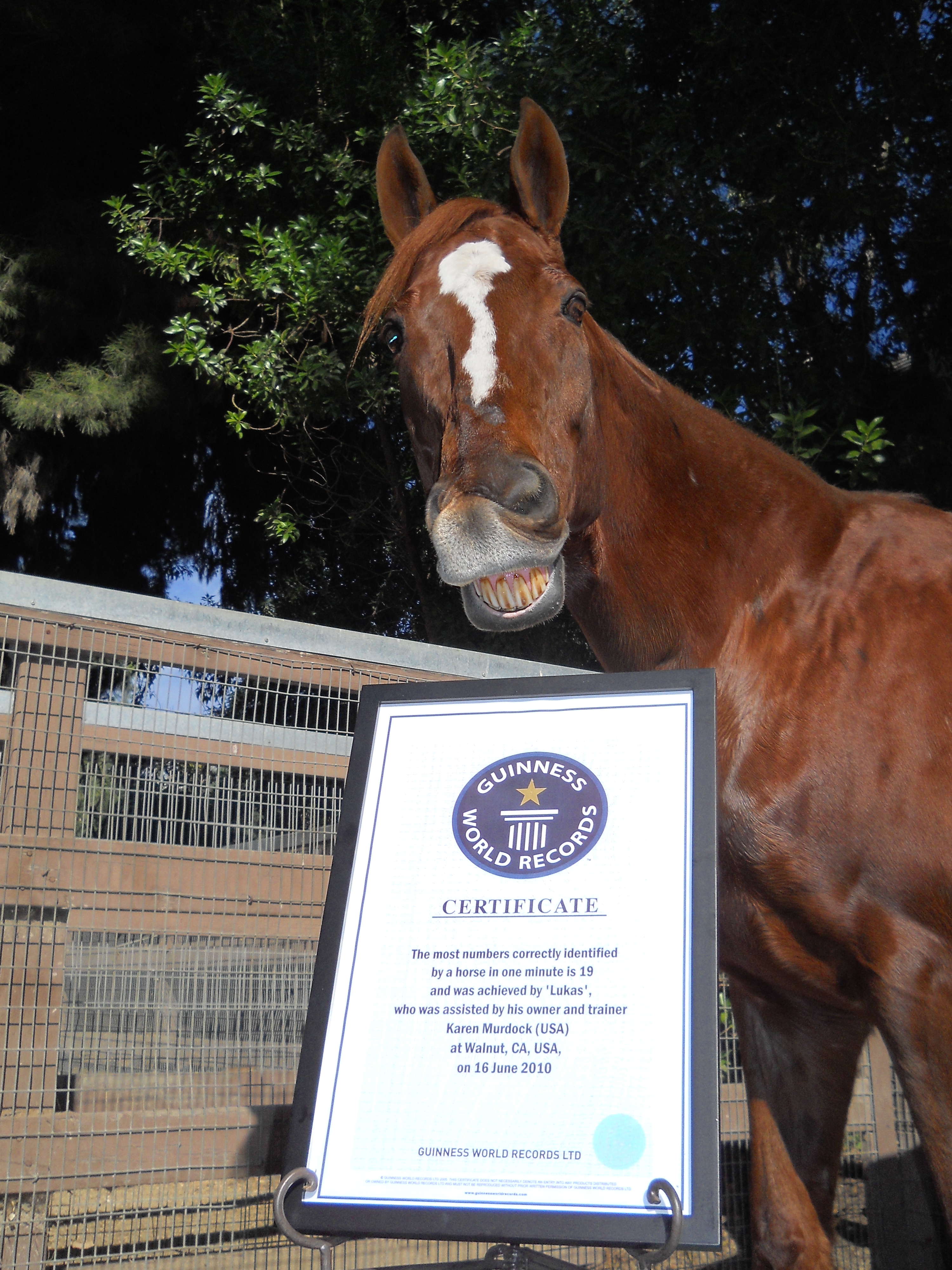