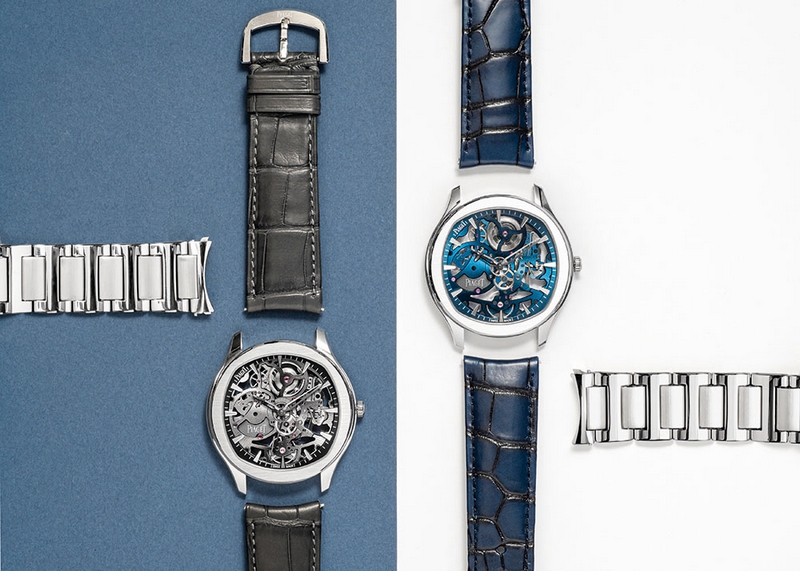 In order to successfully develop the Piaget Polo Skeleton, Piaget’s designers and engineers had to consider the key
aspects of the Piaget Polo that have made it instantly recognizable – notably its curved case surmounted by a round
bezel, its cushion-shaped dial opening and its slim profile.

But perfecting the Polo Skeleton required a case to be created that was a remarkable 30 percent thinner than existing versions, and an evolution of the Piaget 1200S self-winding skeleton movement powered by an off-centre micro rotor engraved with Piaget coat of arms.

The challenge was to maintain the bold and unmistakable look that gives the Piaget Polo timepiece its strong personality while simultaneously achieving an unprecedented combination of elegance, usability and comfort through the thinnest case ever seen on the model. Despite the intricate appearance of the pared-down components, the Polo Skeleton watch remains just as robust, reliable and practical as the other models, featuring 44 hours of power reserve and water resistance down to three atmospheres.

Additionally, the polished and satin-finished ‘H’ design integrated bracelet that has become synonymous with the Piaget Polo has also been revised in order to provide an interchangeable function. This enables it to be swapped effortlessly for the additional interchangeable leather strap supplied with each watch, adding to its versatility and lending an extra dimension to the Piaget Polo Skeleton’s already distinctive character. 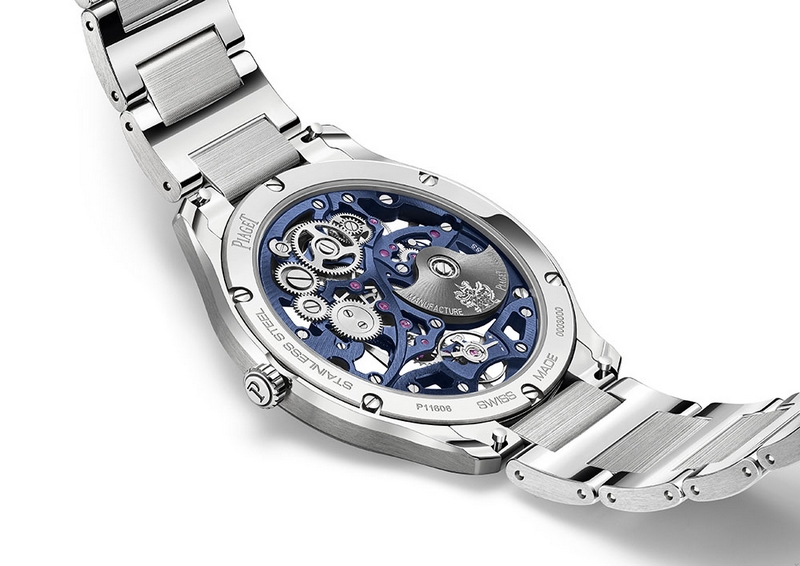 The new Piaget Polo Skeleton is available in two highly individual designs – the first with a movement in Piaget Blue PVD, the second in a slate gray finish. In each version, the famous Piaget Polo case has been reduced to a mere 6.5mm thick (almost 3mm slimmer) while the intricately skeletonised movement and even the hands themselves have been pared-down for the ultimate in transparency.

A clear sapphire crystal case back, meanwhile, allows the meticulously finished and highly detailed movement to be seen and appreciated from both sides of the watch. 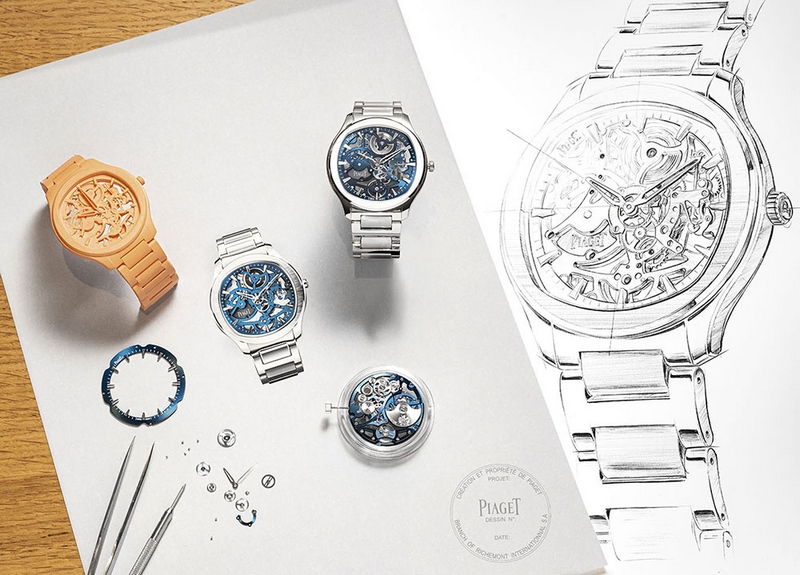 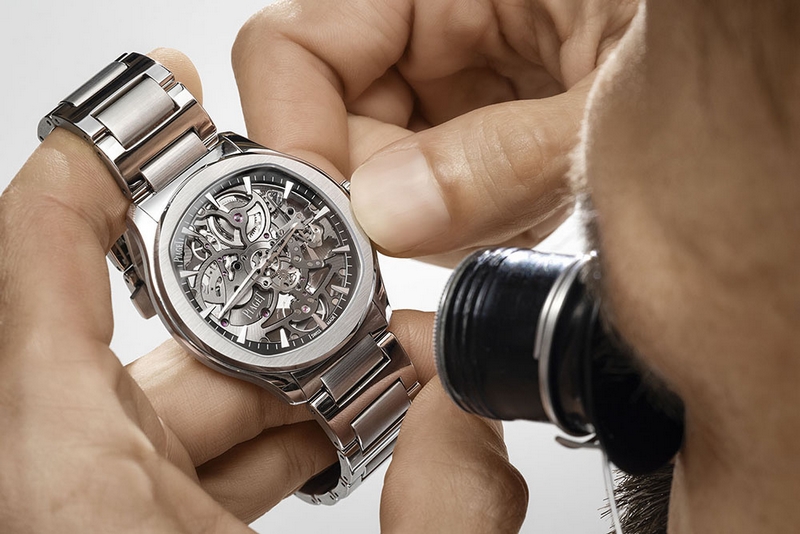 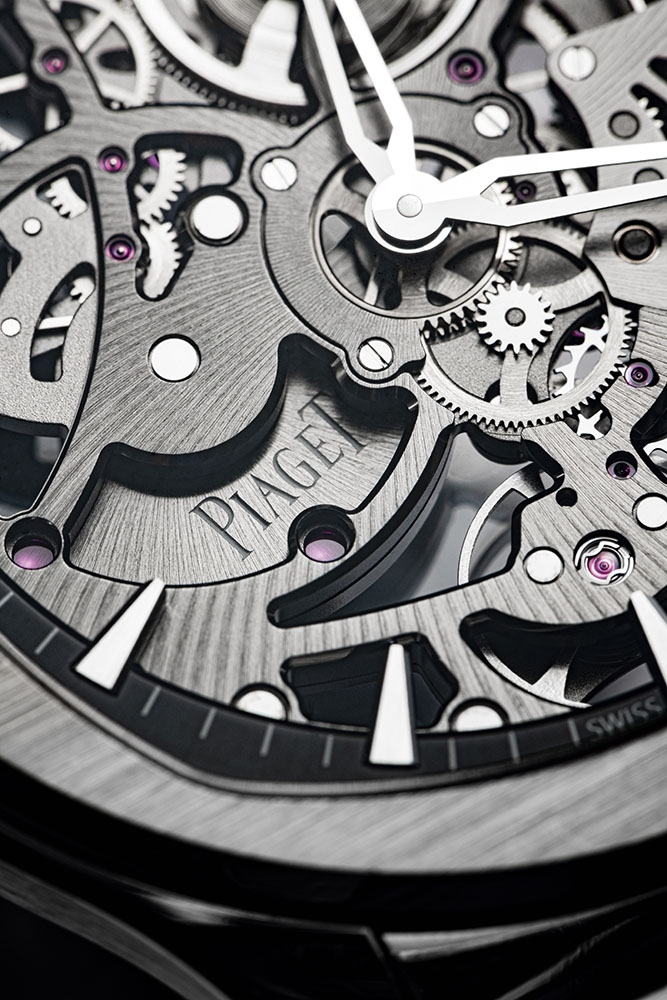 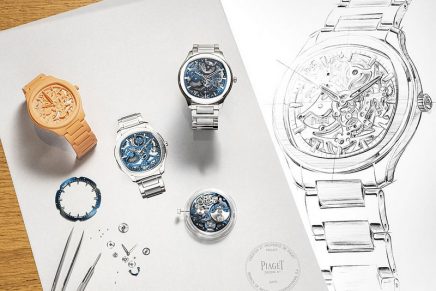 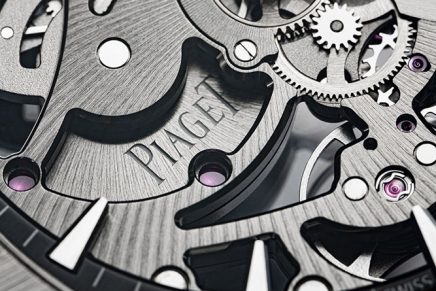 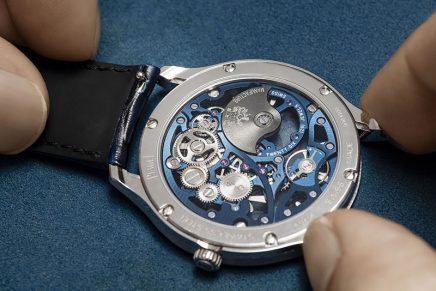 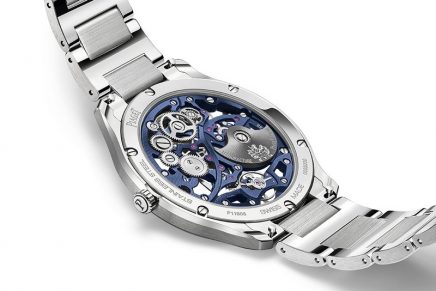 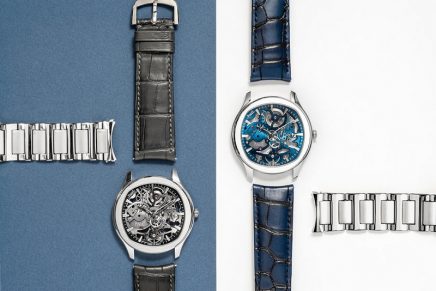