Park Hyatt Kyoto is a celebration of Japanese harmony and tranquility. The new high-end address is unlocking the unique character of Japan’s ancient capital of high arts and crafts. 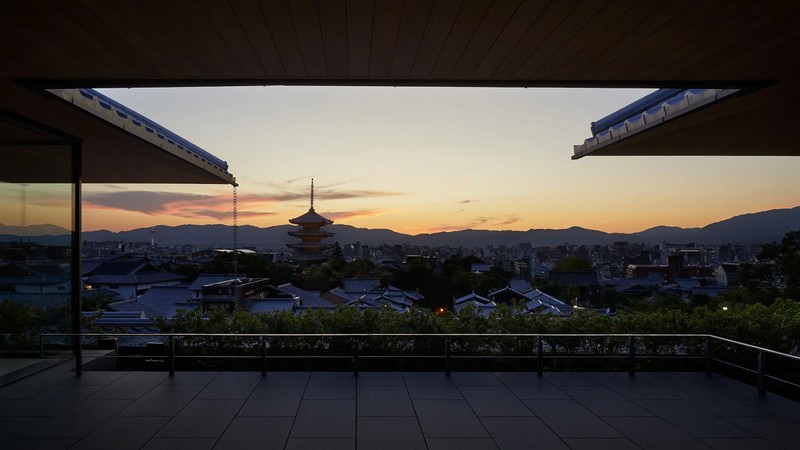 Embodying the quintessential Japanese guesthouse, this new luxury hotel is located in one of the Tokyo’s best-preserved historic districts, Higashiyama hills. The region is known as the birthplace of traditions such as the Japanese tea ceremony, the Ikebana flower arrangement and Japanese Zen gardens.

Located within the same grounds as Park Hyatt Kyoto, guests can find a historic garden with steps leading to Kyoyamato, a traditional ryotei and culinary institution which opened in 1877 and serves authentic, seasonally inspired Kaiseki cuisine. Kyoyamato, one of the hotel’s owners, is a seven-generation, family-run business and consists of several historic buildings including “Soyotei,” a teahouse from the Edo era with a private room where feudal warlords once secretly met. Its storied gardens and traditional houses complement the hotel’s modern interpretation of classical Japanese architecture and intimate hospitality. 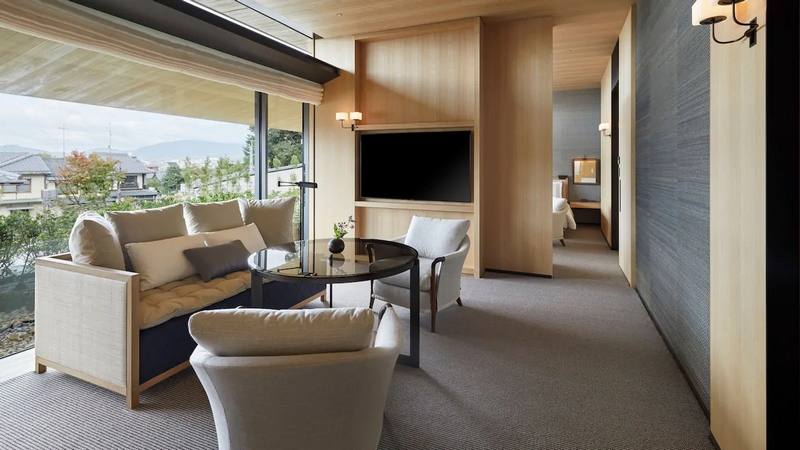 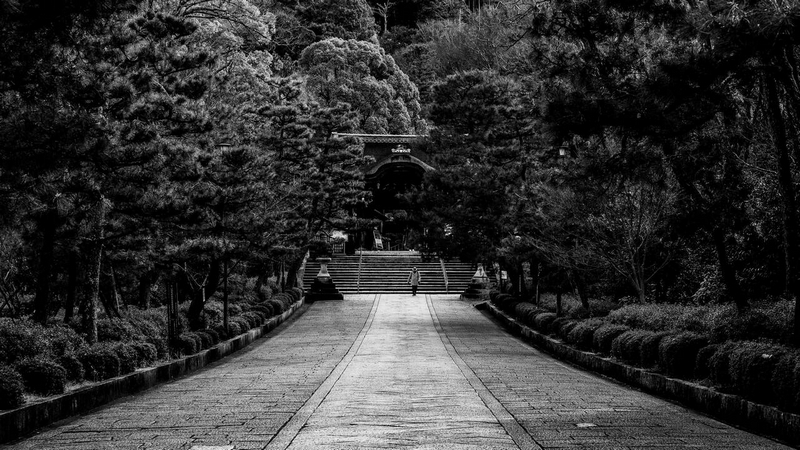 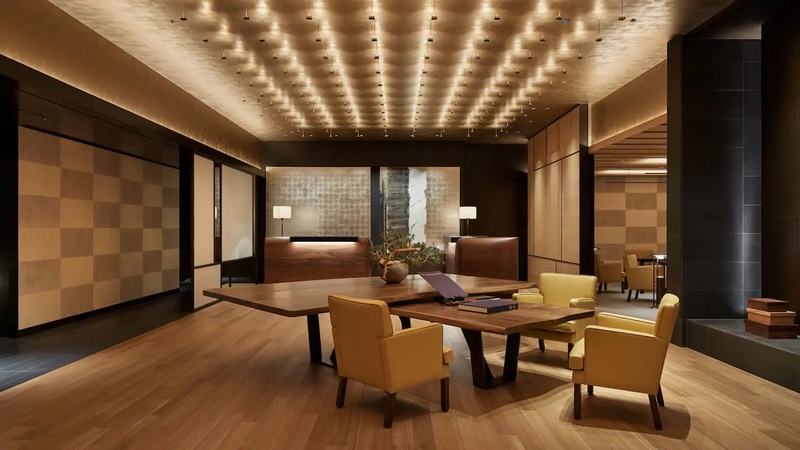 Jointly developed by Takenaka Corporation – one of the largest architecture, engineering, and construction firms in Japan, and Tony Chi and Associates, an award-winning interior design firm – the hotel’s design and construction incorporates traditional Japanese design, architecture and artisanal craftsmanship. Several historic buildings including an Edo-era teahouse, as well as the Japanese garden that is central to the site, have been preserved and carefully restored.

After the stimulating teppanyaki action at Yasaka Restaurant (one of the four distinct culinary venues), guests can head next door to Kohaku, where a fine collection of rare and craft spirits, including artisanal whiskey, sake, and gin made in Kyoto, awaits.

The Spa at Park Hyatt Kyoto, has a treatment suite for two with a private bath house including Japanese-style bathtubs, as well as dry and mist saunas. The signature treatment features an original signature oil developed by Kotoshina, a Kyoto-based organic skincare brand using locally harvested green tea. The spa and adjacent wellness center are open only to guests staying at the hotel.

Park Hyatt Kyoto is located less than one mile (1.5 kilometers) from the Kyoto train station, which connects travelers to Tokyo in just over two hours via the Nozomi Shinkansen bullet train. 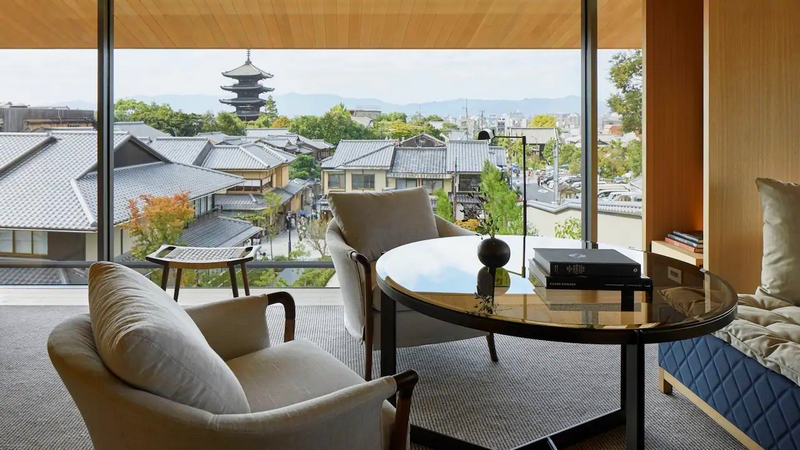 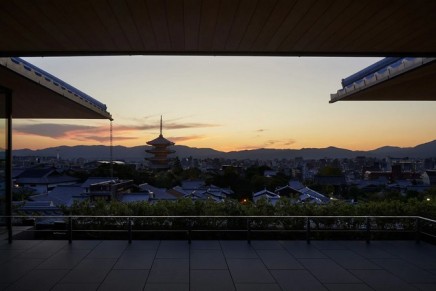 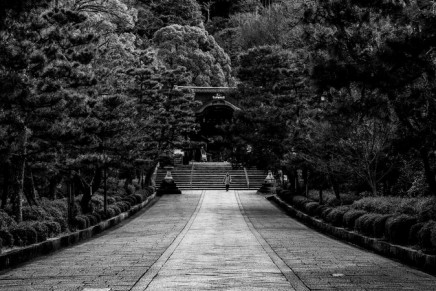 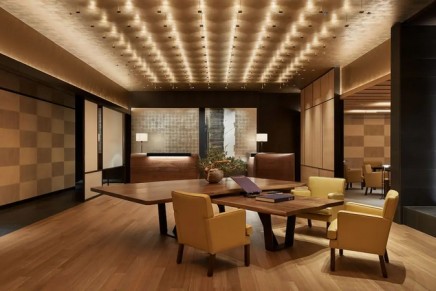 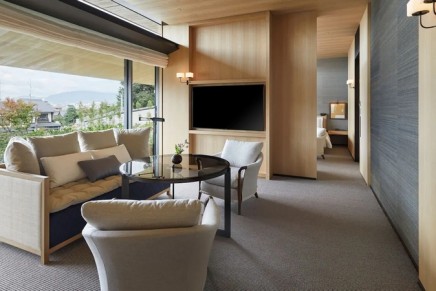 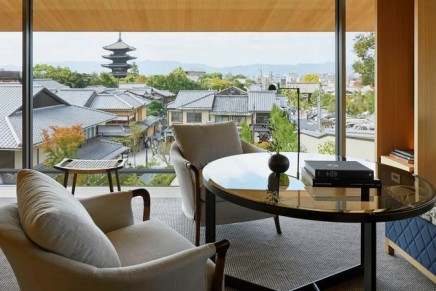