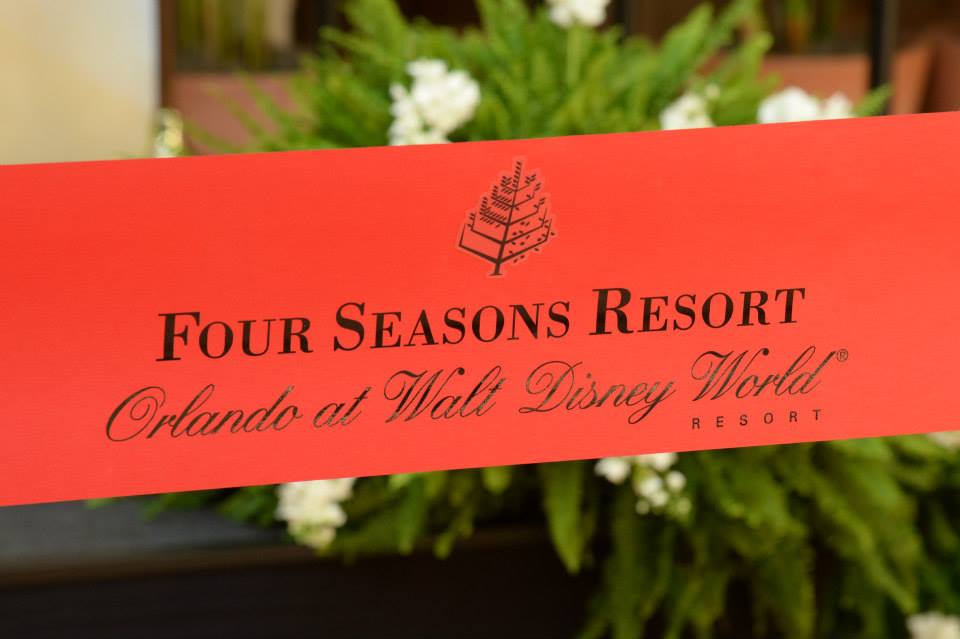 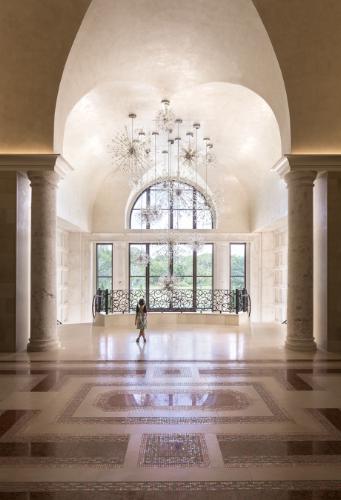 The custom firework-inspired crystal chandelier in the grand entryway of the new Four Seasons Resort Orlando at Walt Disney World Resort evokes a sense of wonder. Here the children are meeting Mickey Mouse and friends under the palms, or in plush beds and the most luxurious suites, billed as the largest in Orlando. The little guests have the privilege of sharing breakfast with Disney characters and enjoy the unobstructed views of the nightly fireworks at Magic Kingdom Park. The resort offers its own five-acre water park and an on-site theme park, dubbed Explorer Island.

“I won’t say it will be a once in a lifetime holiday, because we hope to welcome you back again and again at Four Seasons Resort Orlando,” confessed Regional Vice President and
General Manager Thomas Steinhauer. 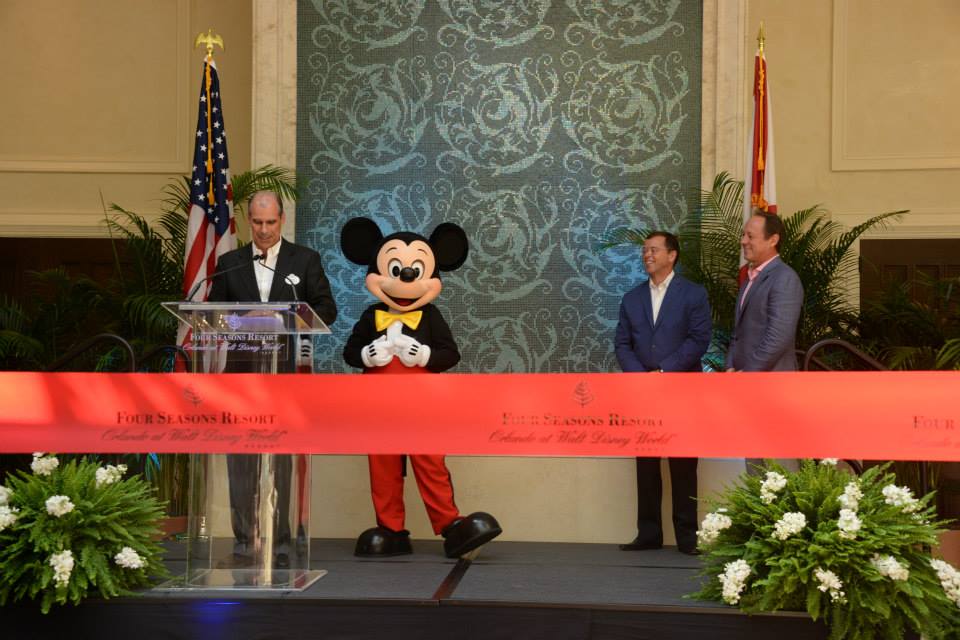 Guests can choose from 443 modern, airy rooms, including 68 suites, with configuration options tailored for couples and individuals, and families and friends travelling together.

“For the first time, Four Seasons is presenting a nine – yes, nine! – bedroom option with our top floor Royal Suite,” said Resort Manager Ben Shank. “And in addition, we can seamlessly expand our Presidential Suite to four bedrooms, or for those who want complete privacy and plenty of room to spread out, the entire 16th floor can be booked exclusively.” 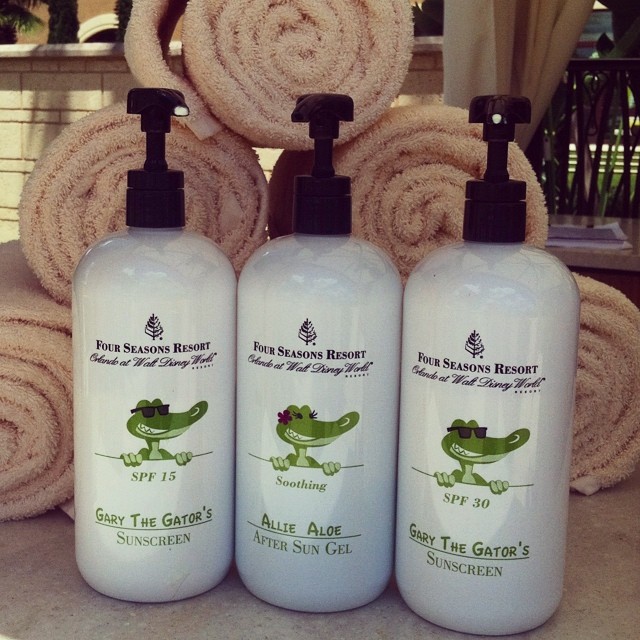 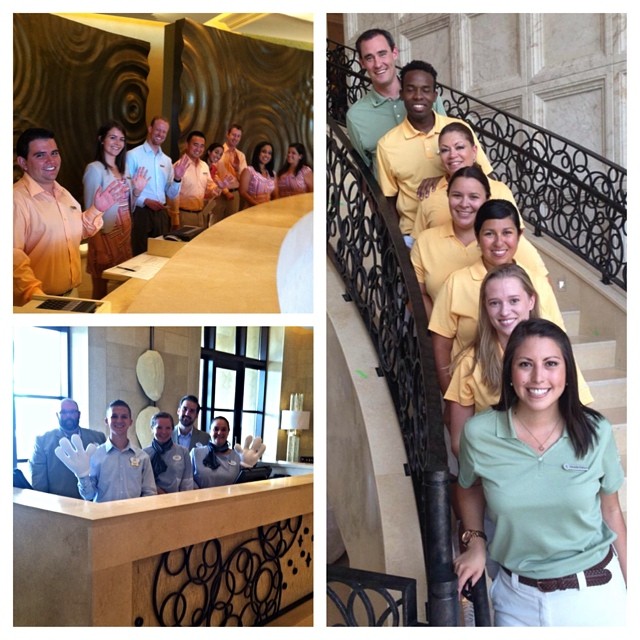 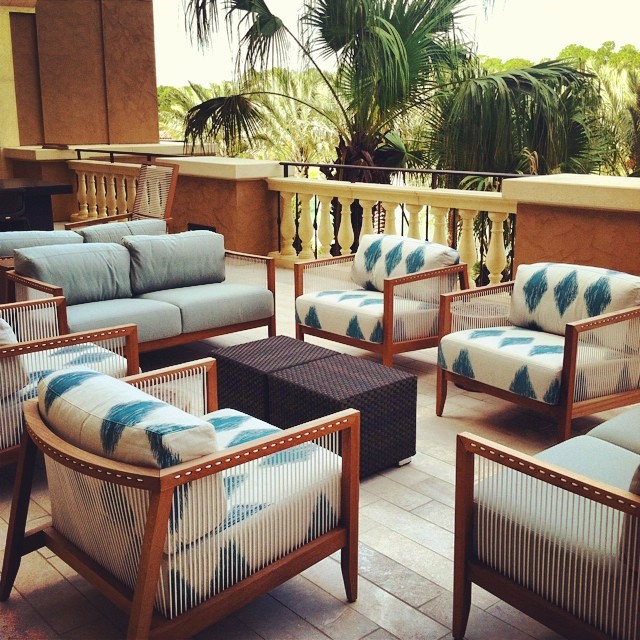 The Resort’s rooms are the largest in Orlando, and each has a wide, furnished terrace to enjoy the Florida sunshine and views across 26.5 acres (11 hectares) of lushly landscaped grounds, including gardens, lake and golf course.

Five acres (two hectares) of fun are packed onto the Resort’s own Explorer Island. There’s something for everyone, starting with the massive 7,590 square foot (705 square metre) family pool, beach volleyball, outdoor movie nights on the Starstruck screen and smokehouse barbecue at PB+G, the pool bar and grill. There’s also a lazy river winding around a “ruined” mansion, an expansive Splash Zone with dozens of choreographed water jets, a climbing wall and waterslides, and a video gaming centre. The fully-supervised Kids for All Seasons program is a complimentary camp for younger guests ages 4 to 12 that is a standout added value in the Orlando area. 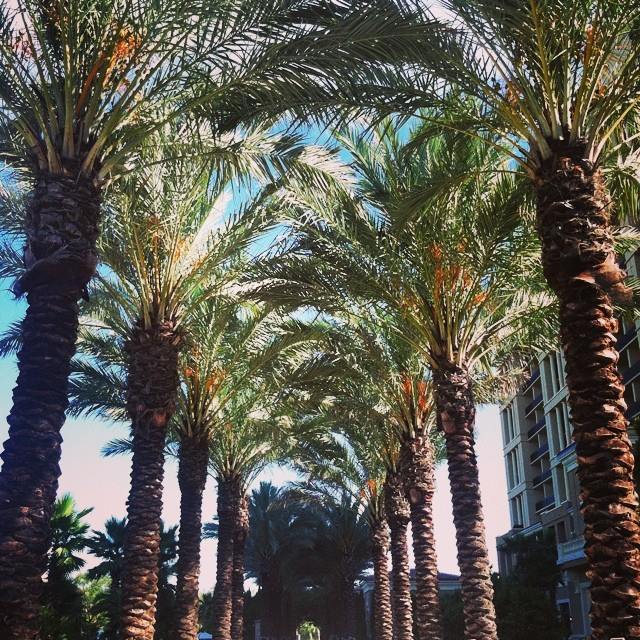 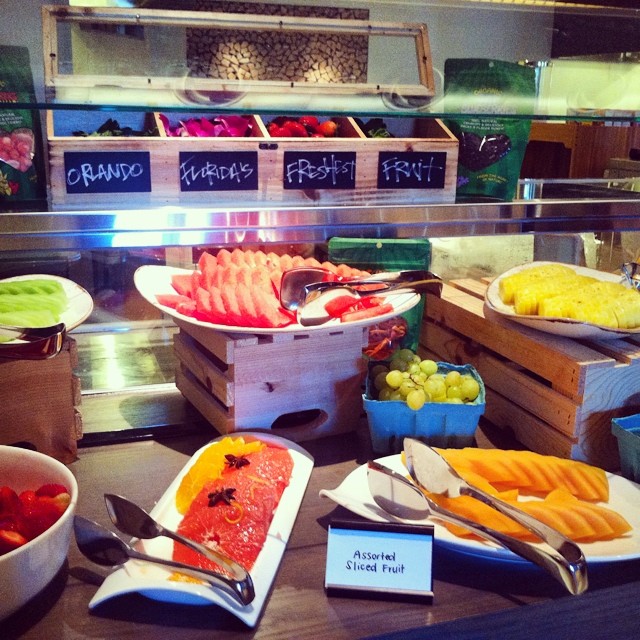 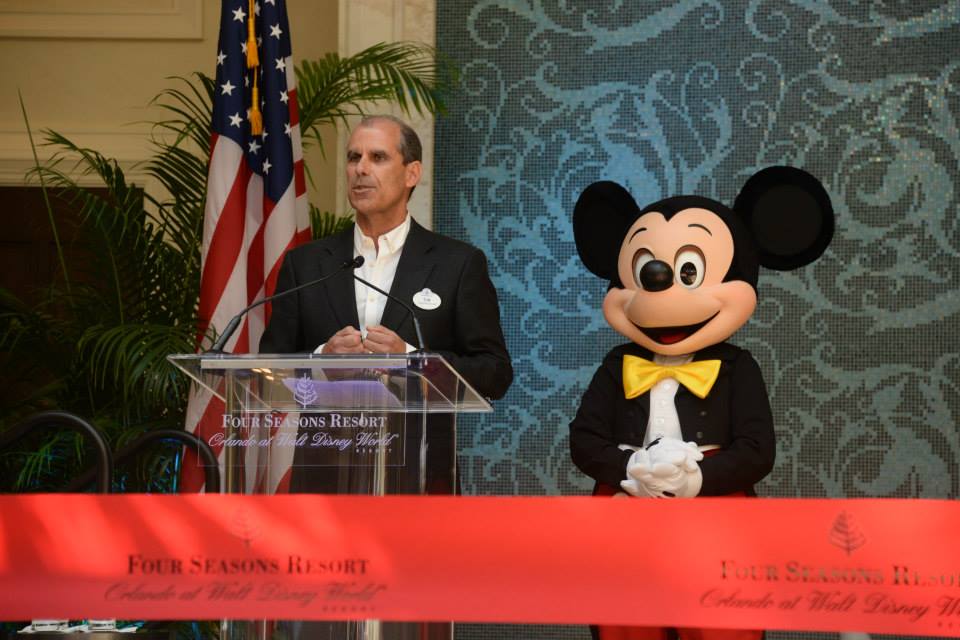 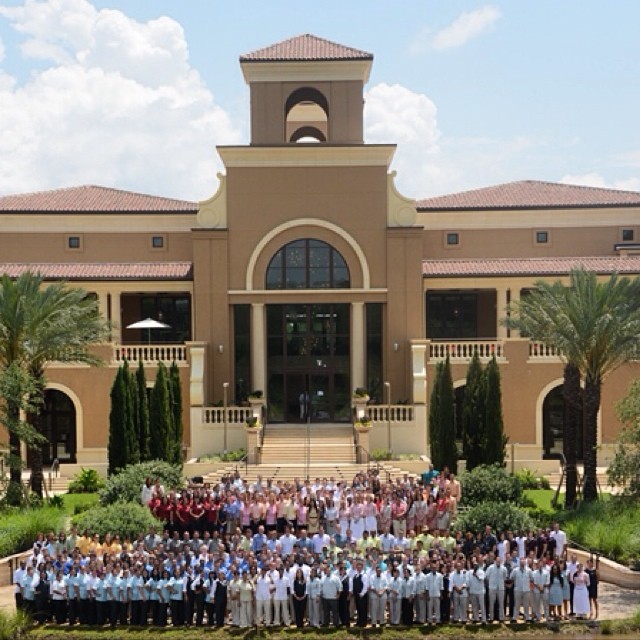 “It’s the kind of place kids will never want to leave, and grown-ups will love for the chance to join in the excitement and indulge their inner child,” predicts Director of Public Relations Dana Berry. “Explorer Island offers fun for all ages!” 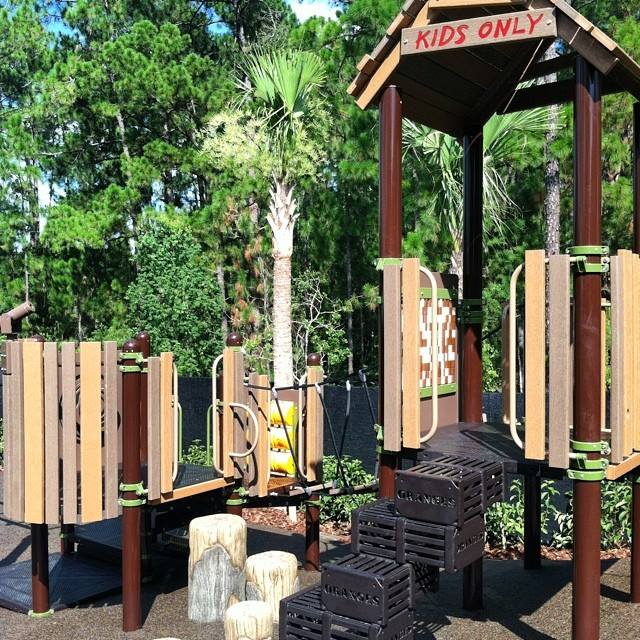 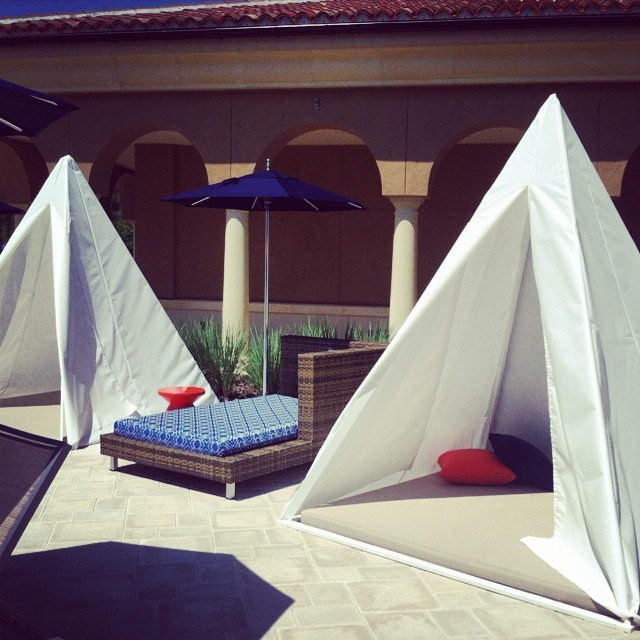 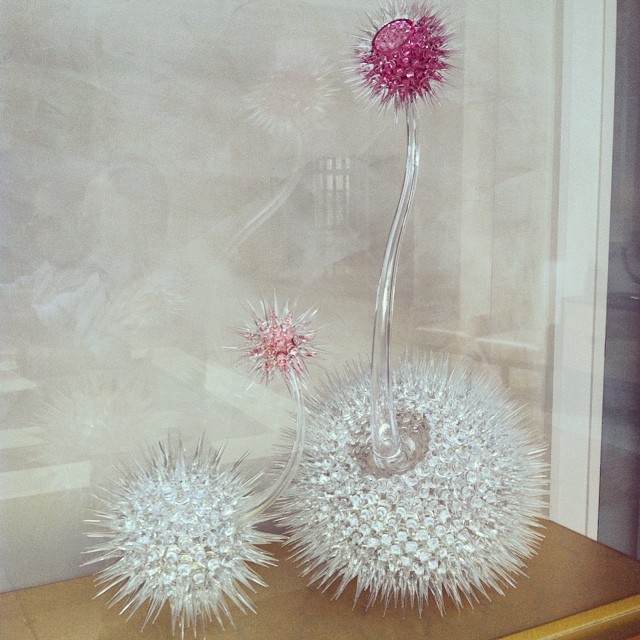 Crowning the culinary choices at Four Seasons Resort Orlando will be Capa, a contemporary Spanish steakhouse set to open in September. The 17th floor restaurant and outdoor dining terrace will afford premier views of the nightly Magic Kingdom Park fireworks as a backdrop for exquisite meals in a romantic setting.

“We’re also bringing the dining experience outside the Resort as we participate in the Epcot International Food & Wine Festival this fall, and our own Four Seasons Taste Truck rolls through in late October,” notes Wancha, referring to the branded food truck’s planned east coast tour.

“Everything has been designed for ultimate relaxation, whether attending to muscles weary from walking the Parks or playing golf and tennis, getting ready to be photographed on your wedding day, or simply indulging in a few precious hours of bliss, we’ll take care of you,” says the Spa Director, who has also put Hollywood’s best kept secret, the exclusive Fire & Ice facial, and other anti-ageing treatments on the Spa menu.

Not to be missed: 18 luxuriant treatment rooms, including the ultra private couples’ bungalows; the Experience Showers – a journey through water, scent and light effects like no other; the Aroma Design Bar for custom fragrances for treatments or to take home; and a hair, nail and beauty salon led by Master Stylist Alejandra Bell.

“And no one is left out as younger guests take part in Magical Moment makeovers and Shining Knight packages designed just for them,” said Hofmann.