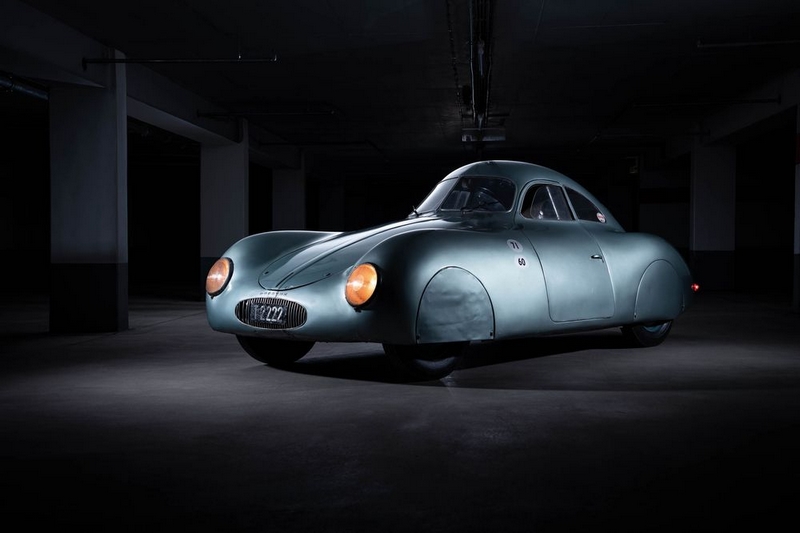 A car designed by Ferdinand Porsche in Nazi Germany that was expected to sell for millions failed to find a buyer at an auction in California on Saturday, amid scenes of confusion and derision.

The strikingly unusual Porsche Type 64 was built in 1939, when Porsche was a designer for Volkswagen, as a commission from the National Socialist Motor Corps. It was meant to win a Berlin-to-Rome race planned to celebrate the “Pact of Steel” between Nazi Germany and fascist Italy.

At RM Sotheby’s premier sale in Monterey on Saturday, the car was expected to fetch more than $20m (£16.4m). According to Bloomberg News, the auctioneer started the bidding at $30m (£24.7m) and as offers rapidly escalated to $70m (£57.8m), some in the crowd laughed while others cheered.

But then the auctioneer said he had meant to say $13m at the start, then $17m. Amid confusion, the sale collapsed.

“What a joke,” Johnny Shaughnessy, a collector from southern California, told Bloomberg. “They just lost so much credibility. My father could have bought that car for $5m years ago. It has been passed around for years and no one wants it.”

An anonymous collector was quoted as saying the auction house “just slit their own throat”. John Bothwell, director of Pur Sang Bugatti, was quoted as calling the sale “a massive fuck up”. Some present reportedly thought the mistake was a stunt.

A Sotheby’s spokeswoman told Bloomberg: “Despite interest from discerning collectors, we were unable to reach common ground between seller and buyer on the night.

“As bidding opened on the Type 64, increments were mistakenly overheard and displayed on the screen, causing unfortunate confusion in the room. The car reached a high bid of $17m.”

The super car market appears to be losing speed. Bloomberg reported that the Sotheby’s sale ended down 25% on 2018, with average prices down $75,000.

Ferdinand Porsche made the car himself, Sotheby’s said, and it bears the kind of sleek lines that have made his designs so famous. But the Type 64 is not technically a Porsche and it is made mostly from Volkswagen parts.

War broke out before the Berlin-Rome race could be held, so Porsche, a member of the Nazi party and the SS who was later imprisoned, used the Type 64 as his daily driver. According to Sotheby’s, he referred to the car as “the ancestor” and later added his name to the grille.

The car has been altered, including new brakes and rear lights and a new steering rack. Originally black, it was painted turquoise and now silver.

Alexander Weaver, a car specialist for Sotheby’s told Bloomberg: “If Mr Porsche thought it was good enough to carry the Porsche badge, then yes, I’d call it a Porsche.”