Last week, the MICHELIN Guide revealed its new selection of restaurants in Seoul for 2022, via a digital event broadcast live to a worldwide community of foodies.

“In the 6th year of the selection for Seoul, and despite Covid-19, we are excited to announce that our selection has been enriched by newly-found restaurants as well as recently promoted restaurants. This year, as usual, inspectors have been concentrating on giving the best choice to our customers” says Gwendal Poullennec, MICHELIN Guide International Director. “For more than two years now, our lives have been impacted by the pandemic, and we wanted to show restaurants and their teams our recognition. Since the beginning of this crisis, the dining industry has been adapting and transforming itself to restore gastronomy to its former glory as one of the greatest pleasures in life.”

Goryori Ken Restaurant preserves its unassuming façade on the second floor of the premises, where Chef Kim Geon showcases highly seasonal ingredients in creations inspired by the freshness of the produce and his own creative intuition. Consistency and care are things Kim takes very seriously when serving his customers. The drinks menu features an impressive variety of sake produced by small Japanese breweries.

Inspired by local culinary traditions but dedicated to expressing the modern-day sensibilities of Seoul cuisine, Soseoul Hannam serves up contemporary Korean food using ingredients that are the most familiar to the local palate. The chef’s creations are a homage to some of the more typical dishes and preparation techniques, including seasoned salads, pan-fried and braised dishes. The restaurant also offers traditional liquor pairings.

When it comes to gastronomy, savoring the freshest natural ingredients that capture the essence of the season is undoubtedly one of the greatest delights. At HANE, Chef Choi Ju-yong’s quest for natural ingredients is well reflected in authentic cuisine full of flavor.

Kojacha — where Korean (“Ko”) chefs serve Japanese (“ja”) and Chinese (“cha”) cuisine, is home to the shared culinary ambition of Chefs Choi Yu- gang and Jo Yeong-du, who previously cooked at The Shilla Hotel, and has given rise to a distinct culinary genre. From its vintage lighting and furniture from the ’50s and ’60s that creates a singular vibe, to a multi-course meal that alternately features Chinese and Japanese dishes: it’s an iconic experience.

Walk through the bustling streets near Hongik University subway station and you will find YUN—on the second floor of a renovated house. The Korean cuisine is an intriguing mixture of the familiar and the bold, with each dish showcasing the inherent flavors of products and reflecting the chef’s firm belief in cooking from scratch using only fresh, raw ingredients.

Located on the first floor, Sushi Sanghyeon, with only a six-seat counter, is so secretive that even the button on the entry door is disguised. The plain yet never overdone flavor of its fare constitutes this restaurant’s exclusive appeal.

Chef Matsumoto Mizuho, from Sushi Matsumoto is renowned for replicating authenticity in local settings. Rather than chasing after gastronomic trends, this sushiya strives to faithfully reproduce the authentic sushi of mainland Japan amidst the Korean milieu. Such efforts are unmistakable—from the composition and arrangement of “shari” (rice) and “neta” (fish topping) to the knowledgeable service provided. 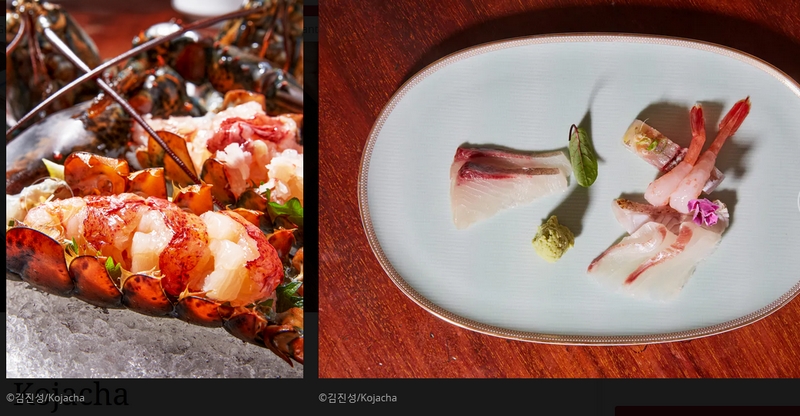 One restaurant is promoted from one to two MICHELIN Stars

The name of the Joo Ok restaurant embodies the simple philosophy of Chef Shin Chang-ho, which is to serve dishes that are as exquisite as precious gems. Shin’s culinary creations are a testament to how a city’s food culture, deeply rooted in tradition, withstands the test of time. The restaurant’s most prized ingredients consist of some 30 different varieties of fermented condiments and the restaurant’s celebrated perilla oil is pressed from perilla seeds harvested from his family farm in Jinju. Enjoy the great view of one of the most dynamic areas of the city.

In this year’s edition, Gaon and La Yeon keep their Three MICHELIN Stars, thanks to the unwavering commitments of these restaurants’ teams, while Hwanggeum Kongbat and A Flower Blossom on the Rice retain their MICHELIN Green Stars for their inspiring initiatives for more sustainable gastronomy.

Last year, the MICHELIN Guide introduced two special awards – the Michelin Young Chef Award and the Michelin Mentor Chef Award – in Seoul for the first time. These awards aim to value the professionalism and dedication of talented individuals skilled at catering to customer needs.

Born in 1990, Kim Bo-Mi, one of the two owner chefs of Mitou, presents light and beautiful Kaiseki food with her unique delicate touch, refined in Japan where she worked. She and her partner chef Kwon Young-woon opened Mitou in February 2018, where they offer original and modern Japanese cuisine from Korean ingredients.

Chef Jang Myeong-Sik worked in the Ninth Gate (French restaurant) at Chosun Hotel for 11 years, started working at L’Amitié in 1999, acquired the premises in 2006 and has operated it ever since. Passionate about his work, he goes to the market every morning to pick up his ingredients, explains the dishes on the menu, and even plays the role of sommelier. It is the only French restaurant in Korea that rhymes with “tradition.” 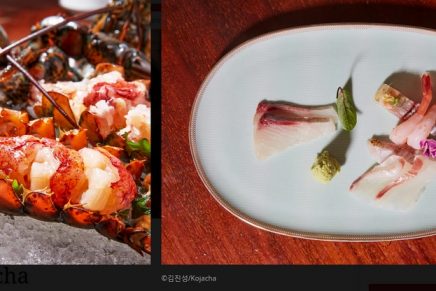 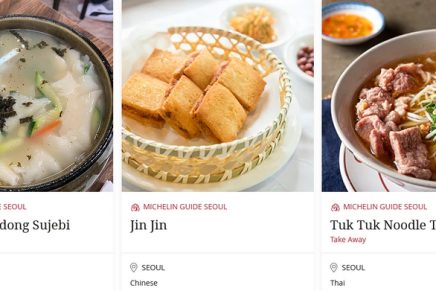 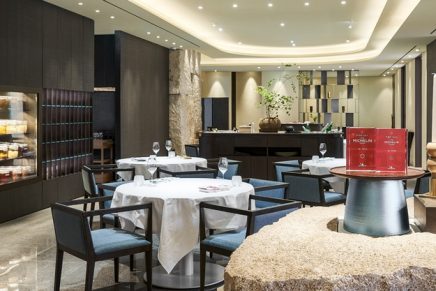