Theon Design Bel 001 it’s a car that’s just at home dissecting a British B-road as it is blasting across the open roads of Europe. 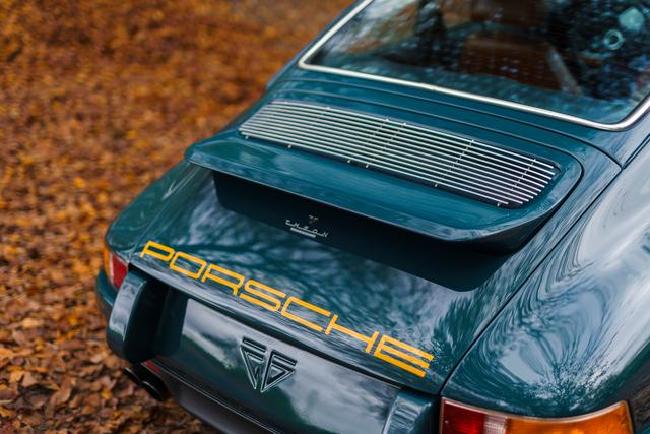 Theon Design has revealed its latest bespoke commission, a fully restored and enhanced Porsche 911 (964) restomod that blends a number of exciting company firsts.

Destined for a discerning customer from Belgium, BEL001 is the first Theon commission to feature its 400bhp supercharged flat-six cylinder engine and also features semi-active suspension, resulting in a redefined 911 that pushes the boundaries of the air-cooled experience to exhilarating new heights.

As with all Porsche 911s enhanced by Theon Design, BEL001 is defined by total purity of purpose, mixing OEM-level design, quality and manufacturing techniques, with an obsessive approach to detail – all in a bespoke package tailored to the customer’s exacting desires. 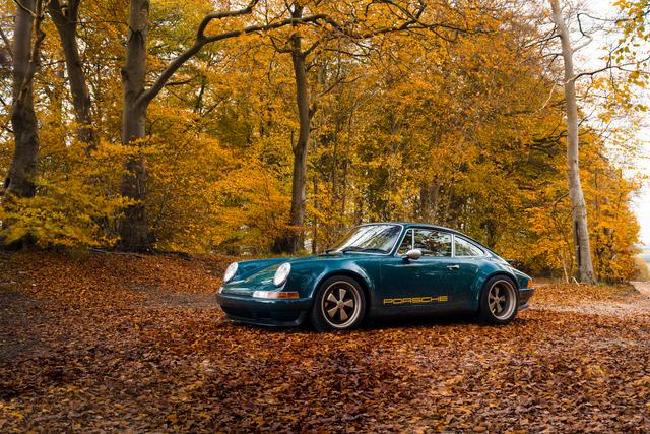 Prices for Theon Design commissions start at £380,000. Each car is a totally unique collaboration with the customer and takes 18 months to build. Price excludes donor car and applicable local taxes.

Founded in 2016, Oxfordshire, UK-based Theon Design is headed by Adam Hawley, a car designer with over 20 years of experience working for leading OEMs, such as BMW, Jaguar, Lotus and Lexus. The Theon Design team – comprising experts in automotive design, engineering, engine and chassis development, as well as trim and vehicle manufacturing – is united around a singular objective: creating the ultimate air-cooled 911.

The company evolved from Hawley’s obsessive desire to build the perfect 911 – one that teamed the looks and driver involvement of an analogue classic with modern comfort, driveability and performance. “At Theon our goal is to enhance the classic Porsche 911 formula, applying an OEM-like approach with Computer Aided design (CAD) and manufacture to ensure the highest possible quality and finish,” explains Hawley. 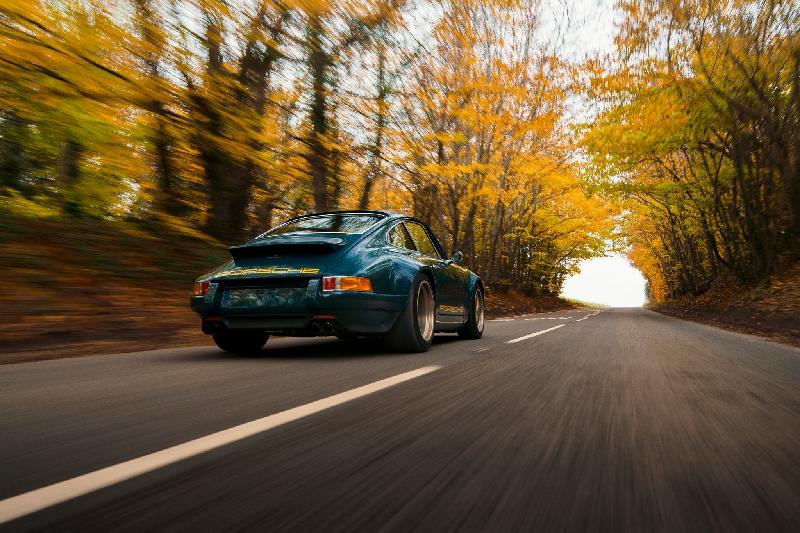 BEL001, like every one of Theon’s meticulously developed, sympathetically enhanced commissions, was first stripped to a bare metal shell and rebuilt from the ground up to its exacting ‘OEM+’ standards. Once again honouring Stuttgart’s rich heritage and engineering ethos, BEL001 benefits from a focus on CAD assisted light-weighting throughout. The results are clear to see: BEL001 distils and enhances the essence of the air-cooled 911 – while incorporating modern innovations that lift performance into a new realm. 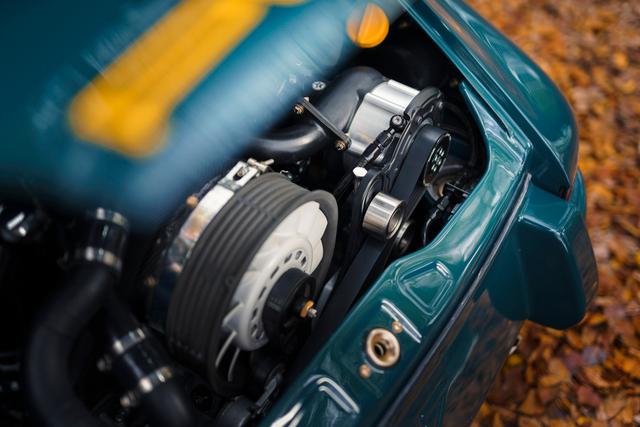 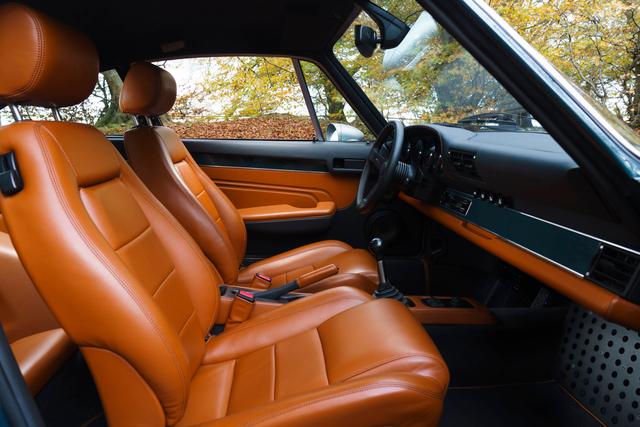 The 3.6-litre unit has been built and expertly calibrated to ensure it meets, and indeed surpasses, the discerning customer’s exacting performance and driveability brief. While breaking new ground with the flat-six’s supercharged configuration, the team has gone to great lengths to ensure that the ‘Porsche’ feel of the motor is retained. Power builds in a linear fashion as the revs rise and the supercharger spins faster, pulling with ever increasing force, with a further kick in the upper reaches of the rev band.

With 400 bhp and 367 lb/ft of torque, BEL001’s supercharged motor gives the best of all worlds: total tractability with accessible, lag-free supercharged torque, while retaining the spellbinding top-end surge of a motorsport-honed, naturally aspirated Porsche flat-six. Breathing through a bespoke switchable, stainless-steel exhaust system with equal length headers, the motor’s distinct howl remains front and centre – with only a subtle aural hint of forced induction.

As with all Theon powerplants, BEL001’s supercharged flat-six has been entirely rebuilt and re-engineered, with independent throttle bodies, flowed and ported heads, a lightened bottom end, motorsport grade Mahle barrels and pistons, as well as Carillo rods and custom profile camshafts. 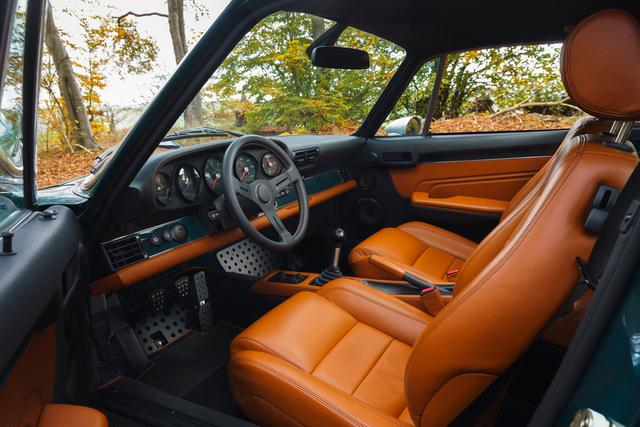 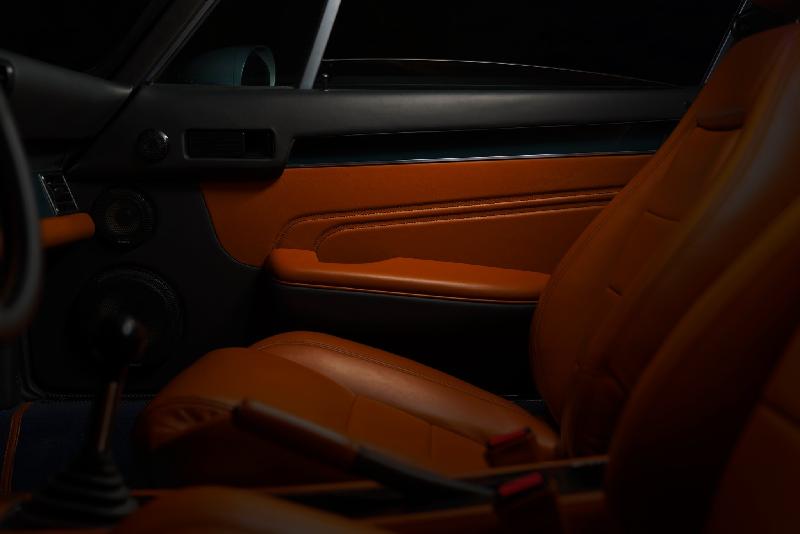 Theon’s enhancements continue with the body and construction.

The classic 911 shape – for BEL001 finished in a stunning shade of ‘Aquamarine’, based on a historic 1950s Porsche 356 colour – is deftly honed by the team for the now signature Theon Design look. The lustrous paint work is complemented by subtle tonal stripes, while yellow PORSCHE script adorns the lower sides of the doors and the engine lid, lending the exterior a motorsport inspired edge.

BEL001 features ‘touring’ front seats, based on Porsche Recaro frames and mechanisms, but modified with updated and custom shaped foams, elevating comfort and support in equal measure. The seats are then impeccably trimmed in soft tan leather. The rest of the interior is trimmed in matching tan leather, with black accents, all complemented by body colour matched elements on the dash, doors and rear quarter panels.

Ahead of the driver, the distinctive, easy to read gauges feature numerals picked out in the classic Porsche green, against an black coloured backing. The car’s centre console is constructed from carbon fibre, then wrapped in leather, blending lightweight construction and hand trimmed luxury.

The Nardi steering wheel has been custom stitched to match the car’s interior by Nardi itself. Even the car’s ‘frunk’ is finished to the same exquisite detail as the rest of BEL001, wrapped in black leather, matching the leather-wrapped carbon fibre fuel tank. Theon Design has also fitted a 964 RS strut-brace, again wrapped in leather – this time matching the tan interior.

Surprise and delight features abound inside BEL001. A magnetic wireless charger, mounted behind the dashboard, allows a smartphone to be seamlessly attached, providing control for the sound system and providing satellite navigation.

Cable operated heater controls, which have the beautiful, manual, tactile feel of those found on a 1970’s Porsche 911, are also fitted while the heater is, of course, a modern, highly efficient heating and air-conditioning unit. 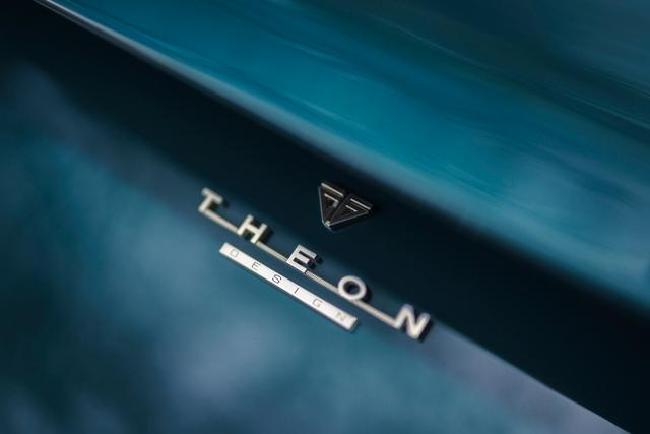 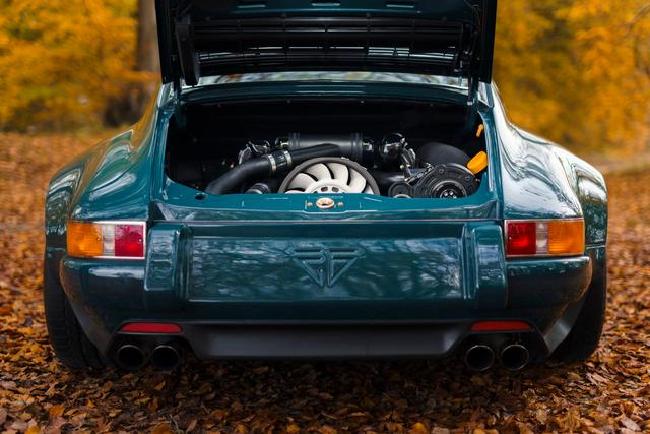 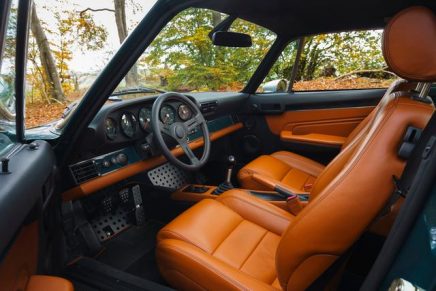 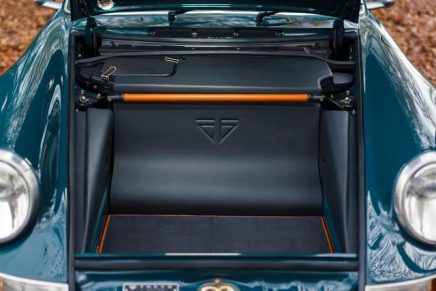 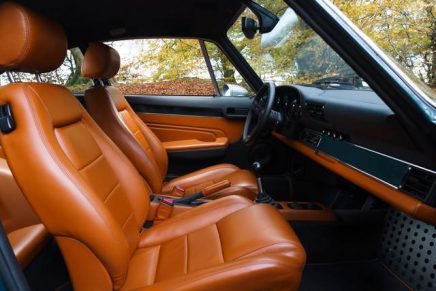 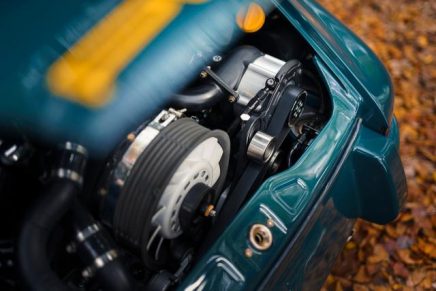 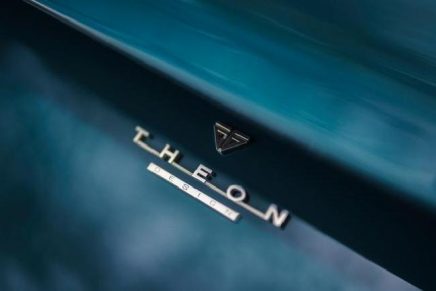 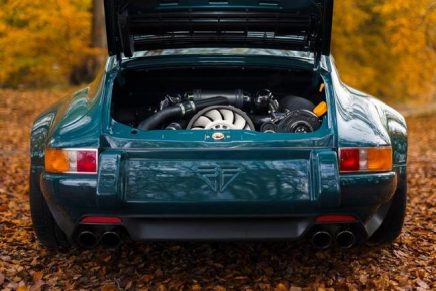 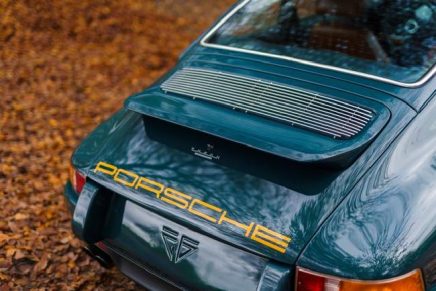 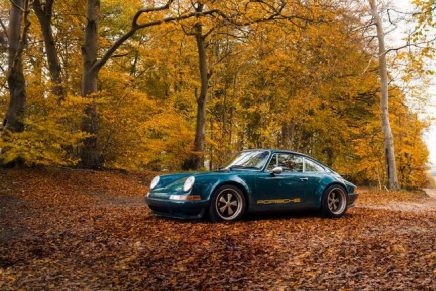 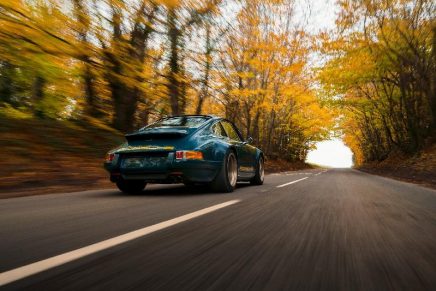 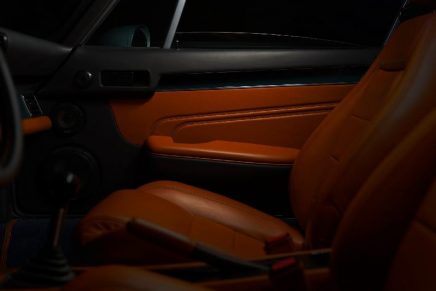