The new Porsche 911 Dakar unveiled at the Los Angeles Auto Show 2022 is just as comfortable off-road as it is on the highway. 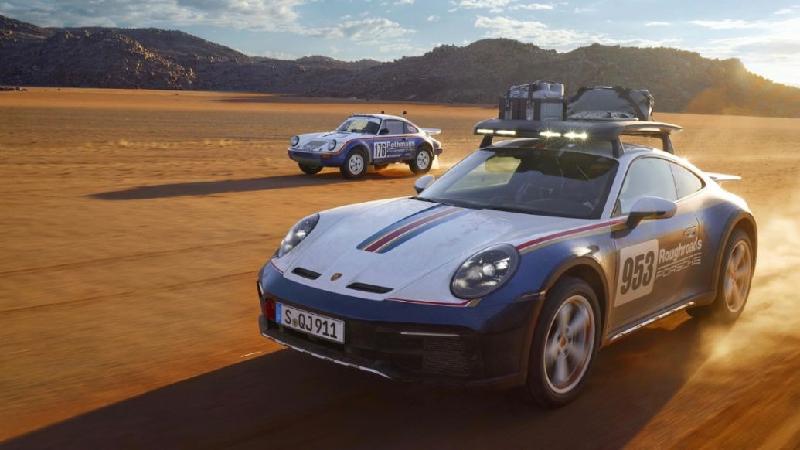 The exclusive model, limited to 2,500 units, not only shows that there are hardly any limits to the concept of the Porsche 911. It also evokes the first overall victory by Porsche in the 1984 Paris-Dakar Rally, which was simultaneously the birth of all-wheel drive in the Porsche 911. This is why the new 911 Dakar is also offered with an optional Rallye Design Package, reminiscent of that iconic winning car.

The first striking detail of the Porsche 911 Dakar is its ground clearance, which is 50 millimetres higher than that of a 911 Carrera with sports suspension. And the standard lift system can raise the front and rear ends an additional 30 millimetres. Its ground clearance and ramp angle rival those of conventional SUVs. The lift system is not only used to slowly cross obstacles, but is an integral part of the retuned chassis. The ‘high level’ setting is available for ambitious off-road adventures at speeds of up to 170 km/h. Above that speed, the car automatically lowers back down to its normal level. 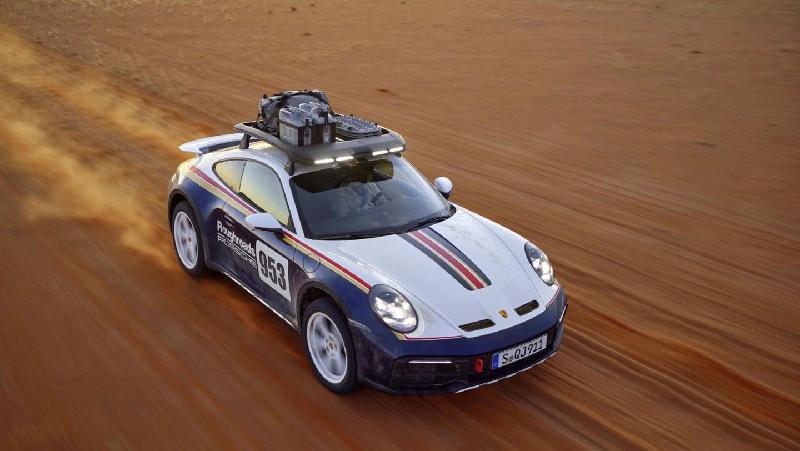 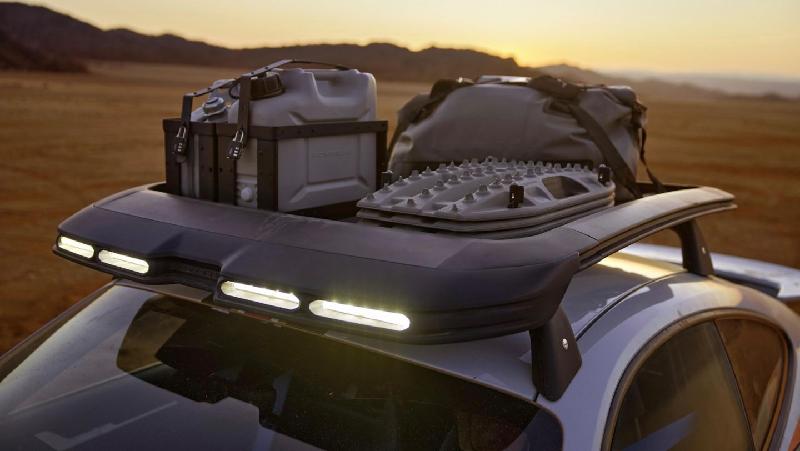 As standard, the engine comes with an eight-speed PDK and Porsche all-wheel drive. The standard equipment also includes rear-axle steering, the engine mounts from the 911 GT3, and PDCC anti-roll stabilisation.

The interplay of all the components results in the 911 Dakar being just as dynamic on sand and loose surfaces as it is on the Nürburgring Nordschleife. Maximum off-road performance is also ensured by two new driving modes, which can be selected using the rotary switch on the steering wheel.

Rallye mode is ideal for loose, uneven surfaces and features rear-focused all-wheel drive. In Offroad mode the high clearance is activated automatically. This mode is designed for maximum traction on difficult terrain and on sand. Both of the new driving modes also feature the new Rallye Launch Control, which enables impressive acceleration on loose surfaces and allows wheel slippage of around 20 per cent.

The roof of the Porsche 911 Dakar features a visible 12-volt power outlet for the headlights of the optional roof rack.

With a capacity of 42 kilograms, the rack can accommodate rallying equipment such as fuel and water canisters, folding shovels and traction boards without any problems. A roof tent is also available for the 911 Dakar.

In the interior, the 911 Dakar underscores its sporting ambitions with standard full bucket seats and the omission of the rear seats. 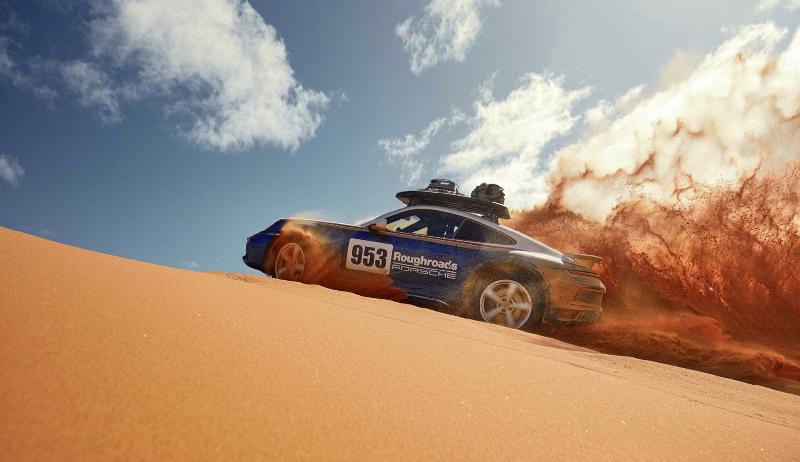 At the heart of the optional Rallye Design Package from Porsche Exclusive Manufaktur is a two-tone paint finish in White/Gentian Blue Metallic. This is the first time that Porsche has implemented the combination of bi-colour paint and decorative foiling in series production. On the side of the vehicle, the customer can choose an individual race number between 0 and 999.

In addition to the rally stripes in red and gold, the 911 Dakar with Rallye Design Package, whose appearance is based on the winning vehicle of the 1984 Paris-Dakar Rally, also bears the “Roughroads” lettering on the doors. The term is a registered trademark and reflects the concept of the 911 Dakar and its suitability for driving off-road. The white-painted rims and the red taillight strip, in contrast to the standard vehicle, round off the distinctive appearance. Further highlights can be found in the interior: Extended Race-Tex and leather surrounds as well as seat belts and accents in Sharkblue. 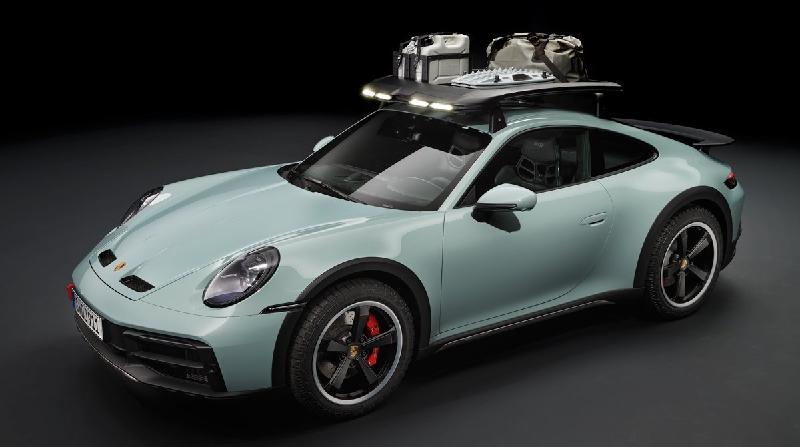 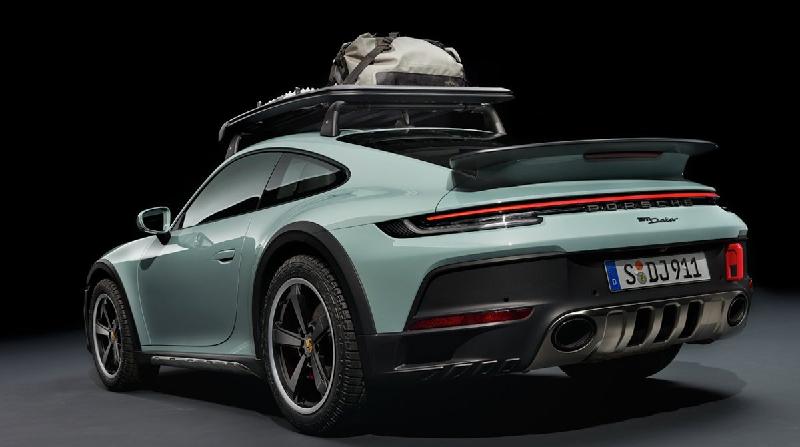 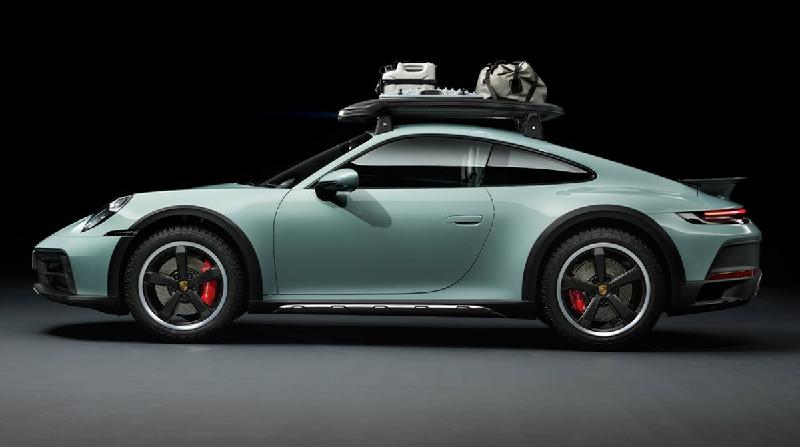 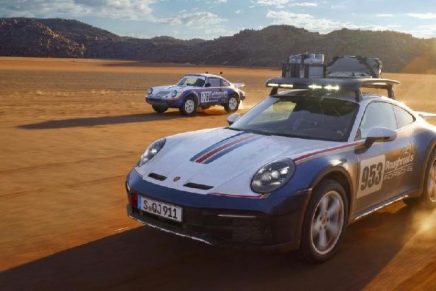 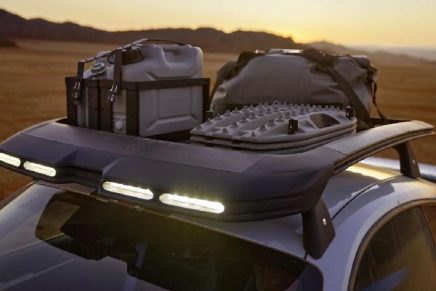 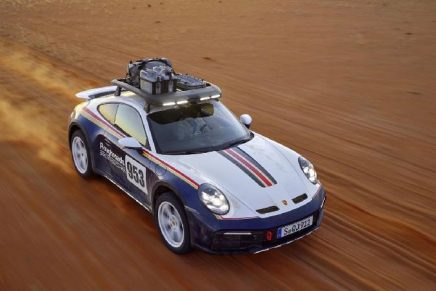 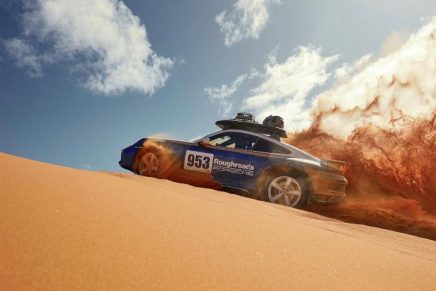 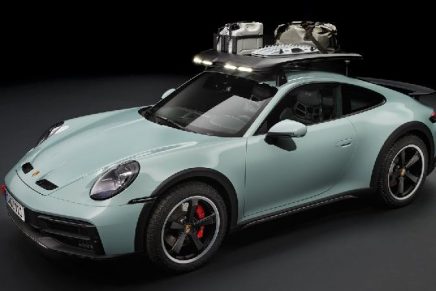 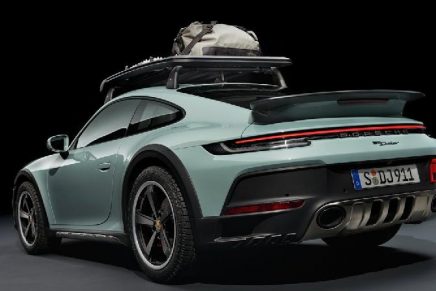 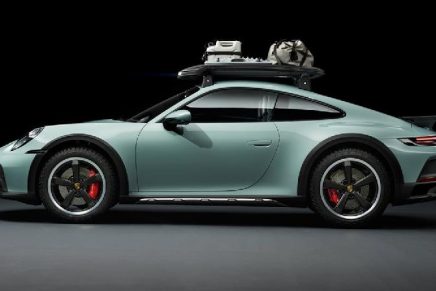 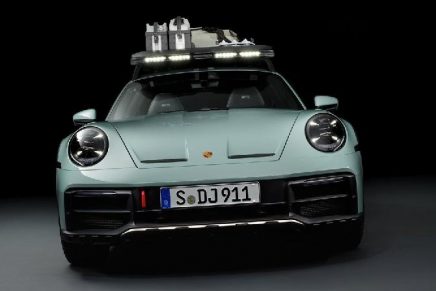