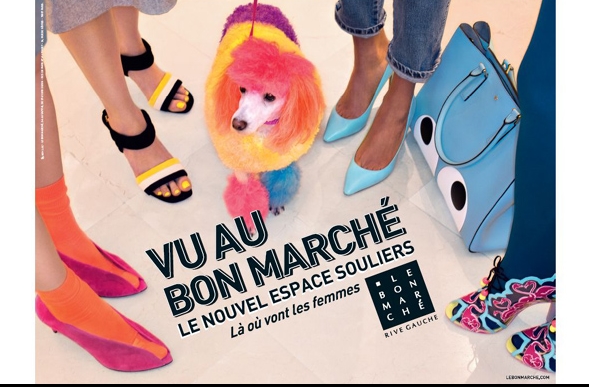 Following in the footsteps of luxury department stores around the world, Parisian Le Bon Marché is opening a new space dedicated to footwear. The airy 2,000-square-meter shoes department is bathed in natural light.

The British photographer Martin Parr signs the latest ad campaign for the luxury department store on the Left Bank in Paris. The campaign visuals are the first in a series that will accompany Le Bon Marché events in 2015. The photographer will shoot everyday scenes throughout the year with the signature “Vu au Bon Marché” (Seen at Le Bon Marché) or “Vu à la Grande Epicerie”. His photos will run the gamut of Le Bon Marché fans, from fashion and design addicts to foodies.

“Artists and designers have always been our special guests. Asking Martin Parr to bring his quirky and incisive vision to this campaign is a perfect illustration of this,” said Patrice Wagner, Chairman and CEO of Le Bon Marché group.

Since 2013, the celebrated Left Bank luxury emporium is remaking its image. Le Bon Marché and La Grande Epicerie have undergone a vast transformation. The Grande Epicerie building has been reorganized with new interior architecture and now welcomes a Home department. There is also a new two-level walkway between the two buildings. The main building is being redone in stages, creating Watches and Jewelry departments on the main floor.

According to LVMH luxury group, Martin Parr’s campaign for will run in Paris during key periods throughout the year, displaying Le Bon Marché’s passion for creativity in every form. 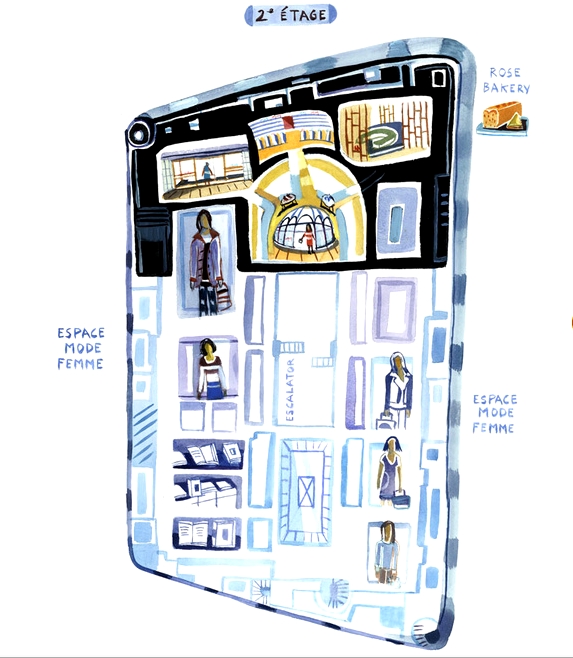