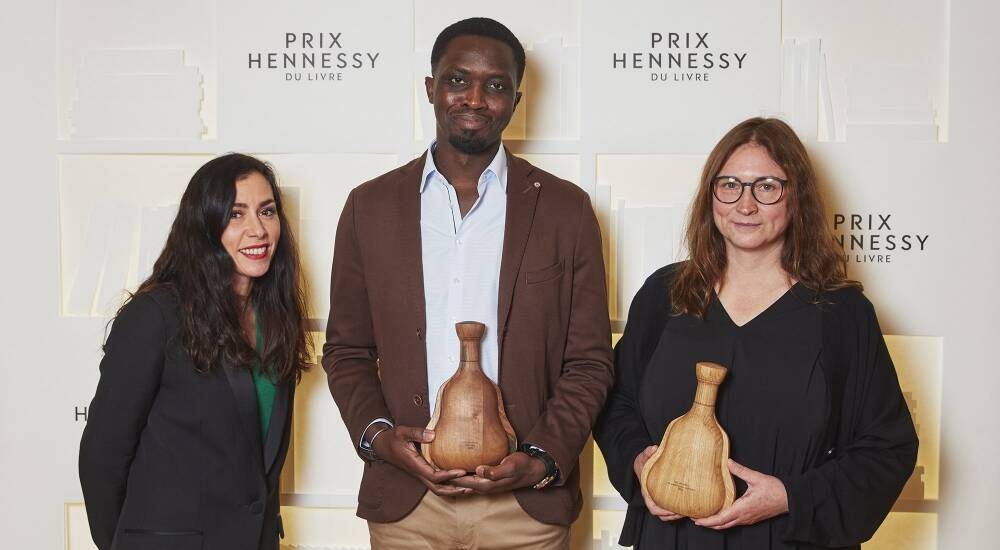 On November 24, French cognac distiller  Hennessy , announced the winners of its two literary prizes, the Hennessy Literary Journalism Award and the Hennessy Book Award, at a ceremony on rue du Bac in Paris, in the Grand Salon of the Moët Hennessy headquarters in Paris. The winners were presented with their prizes, two wooden trophies bearing the silhouette of Hennessy Paradis, by Bruno Corty, President of the Jury and Editor-in-Chief of Figaro Littéraire, alongside singer-songwriter and actress Olivia Ruiz, godmother of this 2021 edition, in the presence of Philippe Schauss, Chairman and CEO of Moët Hennessy, in front of an audience of jury members and invited journalists.

Launched in 1987, the Hennessy Literary Journalism Award each year recognizes the quality of work and a commitment to sharing a passion for literature, echoing the values of excellence and transmission supported by Hennessy. Spanning book reviews, surveys, portraits of authors and more, the award celebrates the contribution of a literary journalist to promoting books and their authors to a broad public. This year’s award went to Marine Landrot, literary journalist for Télérama magazine.

“When I’m faced with texts that nourish and uplift me, I am tempted to remain speechless out of admiration. But the idea that my readers will soon take their eyes off my words and turn their gaze to books that have inspired them fills my heart with happiness,” she confided, very moved by being honoured.

Hennessy deepened this commitment in 2020 with the creation of the Hennessy Book Award. This second award recognizes authors who win over readers notably by making literature the hero of their work. This year’s award was given to Senegalese writer Mohamed Mbougar Sarr – who shortly after being selected by the Hennessy Jury received France’s prestigious Prix Goncourt book prize for 2021 – for his novel La Plus Secrète Mémoire des Hommes (The Most Secret Memory of Men).

In accepting the award, the writer talked about his attachment to literature: “I sincerely thank the Prix Hennessy jury for having selected La Plus Secrète Mémoire des Hommes. I am especially happy since I feel that both the award and the novel are infused with a similar desire, namely the desire to reaffirm or at least challenge the essential role of literature in guiding and giving meaning to our existence.” He concluded his remarks with “Long live literature, long live libraries, long live the passion for following the sentences of writers even when they seem to be going nowhere – and of course long live the Prix Hennessy!”