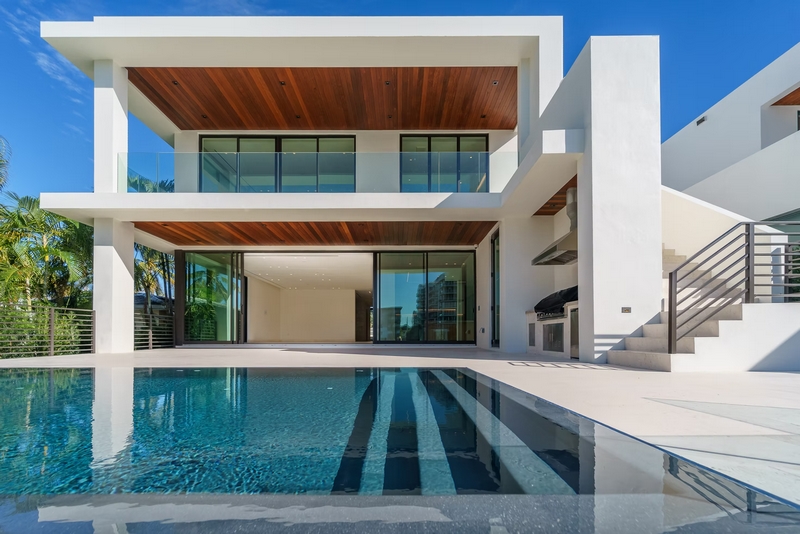 Photo: Celebrities are accustomed to living in luxury homes

With their sprawling estates, gorgeous swimming pools, and walk-in closets, there is no doubt that the homes of celebrities are something that many of us aspire to. From Las Vegas mansions and California crash pads to Malibu beach houses and New York apartments, celebrities really have it made when it comes to their residences.

With their luxury interiors and top-of-the-range finishes, these celebrity homes are a masterclass in style. Read on to find out more about some of the most fabulous homes in show business.

Vanessa Hudgens is best known for her role in High School Musical, but it might well be her $4.9 million mansion in Los Feliz that could be her greatest achievement to date. Bought in 2018 from actor Gary Oldman, this stunning Georgian-style four-bedroom, five-bathroom home in Los Angeles has been completely renovated by the actress. Originally built in 1922, the home did not have much in the way of character features when Hudgens bought it. However, after completely gutting and renovating the interior, it is now packed with elegant quirks and a super stylish finish. The bathroom is a cave- like oasis of calm, while the garden is now a landscaped Mediterranean haven for the actress to escape to after a long day of filming.

The famous singer-songwriter already owned a beach house in Malibu and a compound in Studio City when she added to her property portfolio in 2018 with a rustic ranch in Los Angeles. The interior was designed by HGTV’s Leanne Ford from Restored by the Fords and features exposed wood walls and beams finished in a rustic white, with a beautiful stone fireplace and eclectic furniture. Bought for $1,178,000, this home is a stunning addition to the singer’s array of homes. The single-story open-plan ranch was originally built from wooden planks in 1911 on a small area of land and features two bedrooms and one bathroom as well as a unique stone terrace for those warmer summer days.

Poker pro Antonio “The Magician” Esfandiari bought a spectacular five-bedroom six-bathroom new build in Venice, California in 2020. Born in Iran and raised in Silicon Valley, Esfandiari paid an impressive $5.4 million for the 6,000 square foot home, featuring sleek black window frames, a floating staircase, and a marble bathroom. Married to fellow poker player Amal Bounahra, it is clear that playing poker has been an incredibly lucrative career path for this couple as this is their second luxury home in the area. The first, a starter home, is worth $3.4 million and is located near the Las Vegas Strip. The couple’s net worth is in the region of $27 million, largely due to Antonio’s single tournament win of more than $18 million in 2012. 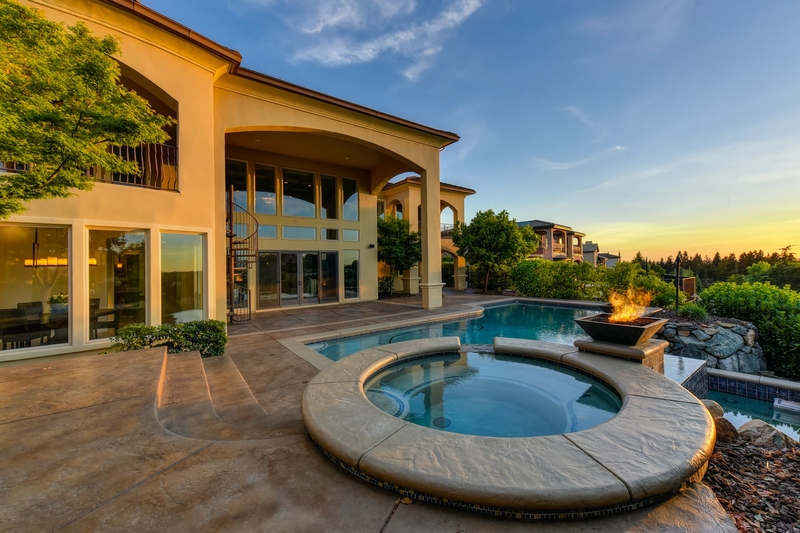 Photo: Swimming pools and jacuzzis are par for the course in a celebrity home

For old-world luxury, it doesn’t get much better than George and Amal Clooney’s £10 million Grade II-listed mansion in Oxford, U.K. Located on a private island in the River Thames, the Georgian building dates back to the 17th century and has been extensively refurbished by the Clooneys since they bought it in 2014. Featuring nine bedrooms, nine bathrooms, a wine cellar, and an array of reception rooms, the house covers around 11,000 square feet and is situated on a huge 5.5 acres of land. Complete with a swimming pool, spa and steam room, home cinema, tennis court, and a boathouse and jetty, this mansion is one you would never want to leave! Especially as it comes with its own world-class Italian chef.

Bought by the Queen Mother in 1952, Castle Mey at Thurso, Scotland underwent extensive refurbishment and restoration to save it from its derelict state. The renovations saw the addition of running water and electricity as well as a complete overhaul of the interior. This sprawling estate became a holiday home for the Queen Mother until she died in 2002, at which time it was passed into the guardianship of Prince Charles. The Duke of Cornwall has since further developed the ten-bedroom castle into a successful bed and breakfast, the money from which goes into the preservation of the property.

From rustic rural ranches and Scottish castles to sleek condos and Georgian mansions, the lifestyles of the rich and famous give us all something to aspire to. With their swimming pools, live-in staff, and gorgeous views, it is no wonder that luxury properties are one of the most coveted acquisitions in the world. 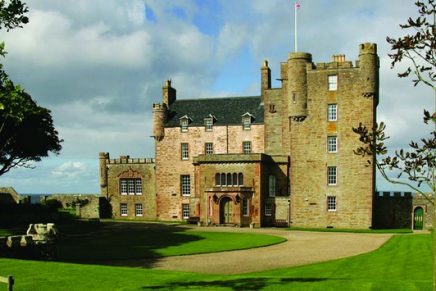 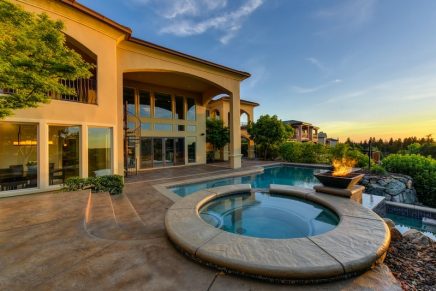 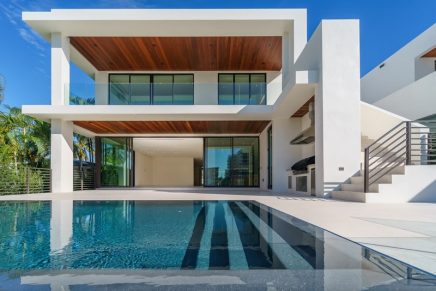