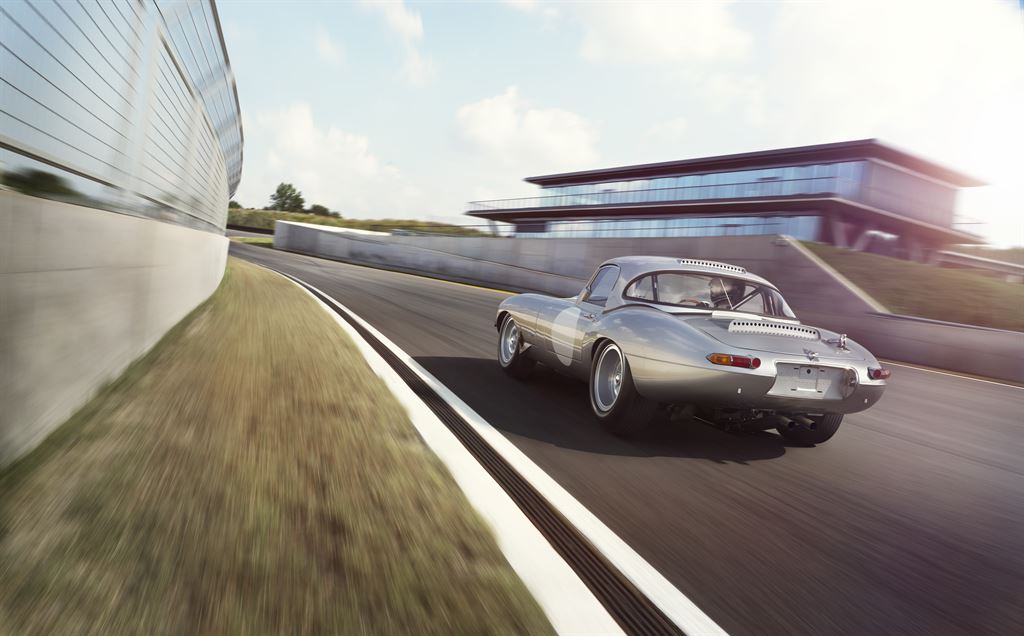 Jaguar Land Rover Special Operations has unveiled its ‘new’ Lightweight E-type – hand-built by Jaguar craftsmen in a new facility at Browns Lane. Bespoke chronometers designed by Jaguar in partnership with British house Bremont will complement the six new Lightweight E-types and will be offered to customers of the cars.

“The Lightweight E-type project is so special that we thought we really needed to create something which complemented the cars and, since most classic enthusiasts also tend to be horophiles, a wristwatch seemed to be the answer,” says Jaguar’s director of design, Ian Callum.

Jagar worked closely with Bremont in the past on the clocks for the C-X75 and XJ75 Platinum concept cars.

“We didn’t want a watch that was too obvious in terms of design, but something which captured the spirit of the Lightweight in a subtle yet relevant way and I think Bremont has certainly achieved that goal.”

Giles English, who co-founded Bremont in 2002 with his brother, Nick, said the new Lightweight watches provided the firm with the perfect opportunity to take the important step of launching its own, proprietary movement. 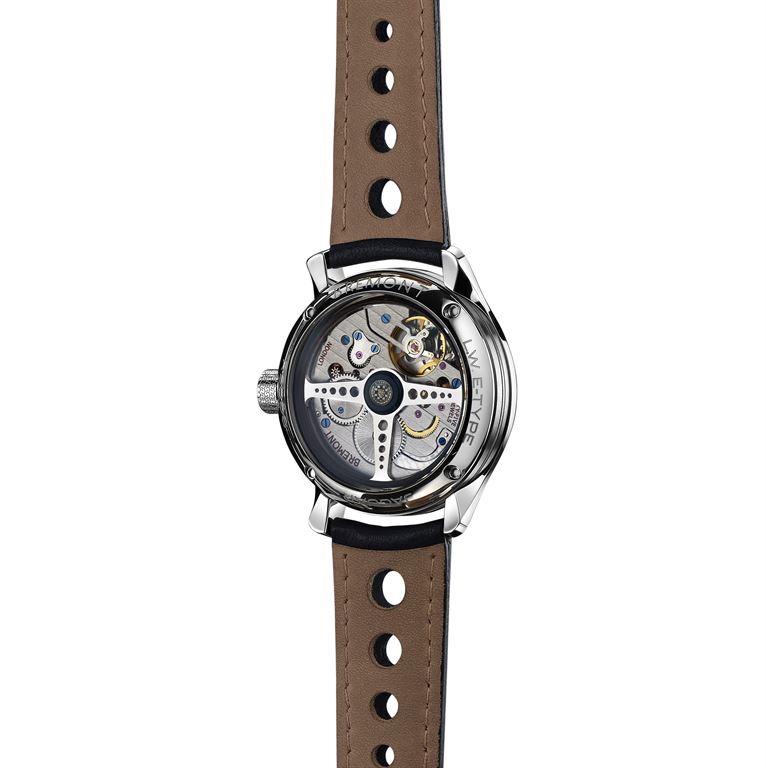 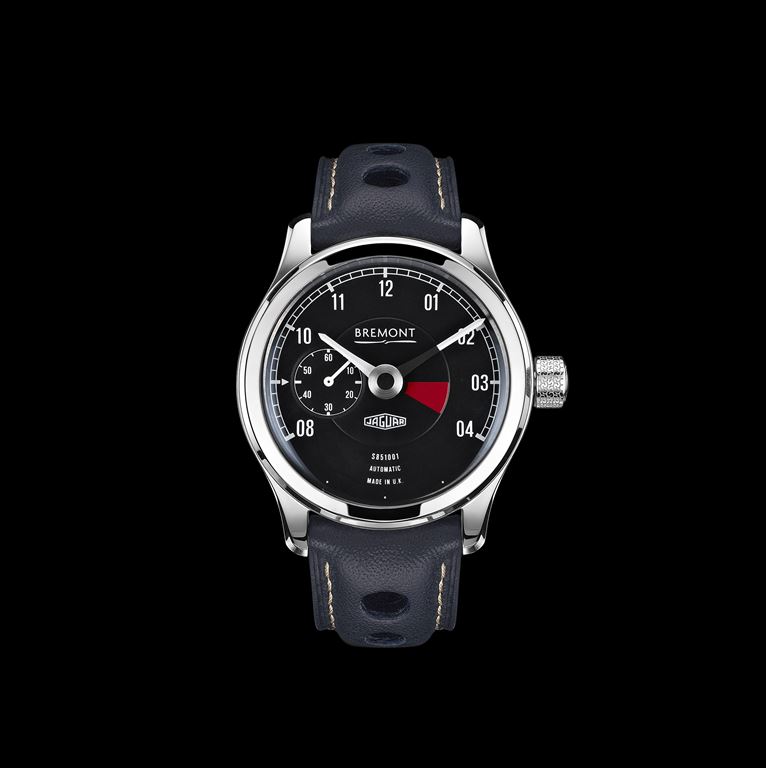 “We have been working on designing, developing and producing our first exclusive movement for more than a year, and it seems fitting that it is going to make one of its first appearances in this very special watch for Jaguar,” said Giles.

“Creating the watch proved to be a fascinating project, as we were given access to the Jaguar archives in order, for example, to ascertain the exact font for the numerals used on the dial of the original rev counters. The fact that we were required to make just six examples enabled us to be very creative in a way that is not always possible when designing a watch for larger scale production – and that’s why we have been able to feature touches such as using real wood for the rim of the ‘steering wheel’ winding rotor. Each watch is, essentially, bespoke.”

Drawing inspiration directly from the car, the 43mm watch features a black dial based on the look of a Lightweight RPM gauge and featuring a subtle ‘red zone’ quadrant. The chamfered hour and minute hands replicate the instrument’s tachometer needle, while the chassis number of the relevant car is printed at the six o’clock position.

The central band of the white gold case is made from aluminium saved during the construction of the new Lightweight body panels and will be anodised to match the colour of the car it is designed to complement.

Other touches include a winding crown which is engraved with the pattern of the period-correct Dunlop racing tyres which will be fitted to the continuation Lightweights, and straps made from the same Connolly leather which is being used for the interior trim.

Turning the watch over reveals a further reference to the car in the form of the automatic winding rotor – visible through a sapphire crystal case back – which takes the form of an exquisite miniaturisation of an alloy-spoked Lightweight steering wheel, complete with authentic wooden rim. The back of each watch also carries the engine number of the car it is paired with.

Jaguar first collaborated with the Henley-on-Thames based watch company during the launch of the cutting edge Jaguar C-X75 in 2010, for which Bremont developed a unique, analogue dashboard clock in keeping with the 778 horsepower hybrid supercar’s futuristic nature and 205 mph performance.

The new cars are the ‘missing’ six vehicles from the ‘Special GT E-type’ project, which originally started in February 1963 with the objective of building 18 cars. Only 12 of the aluminium-bodied Lightweight E-types were eventually built and the remaining six designated chassis numbers having lain dormant, until now. The six new cars will carry those original, historic Lightweight E-type chassis numbers.