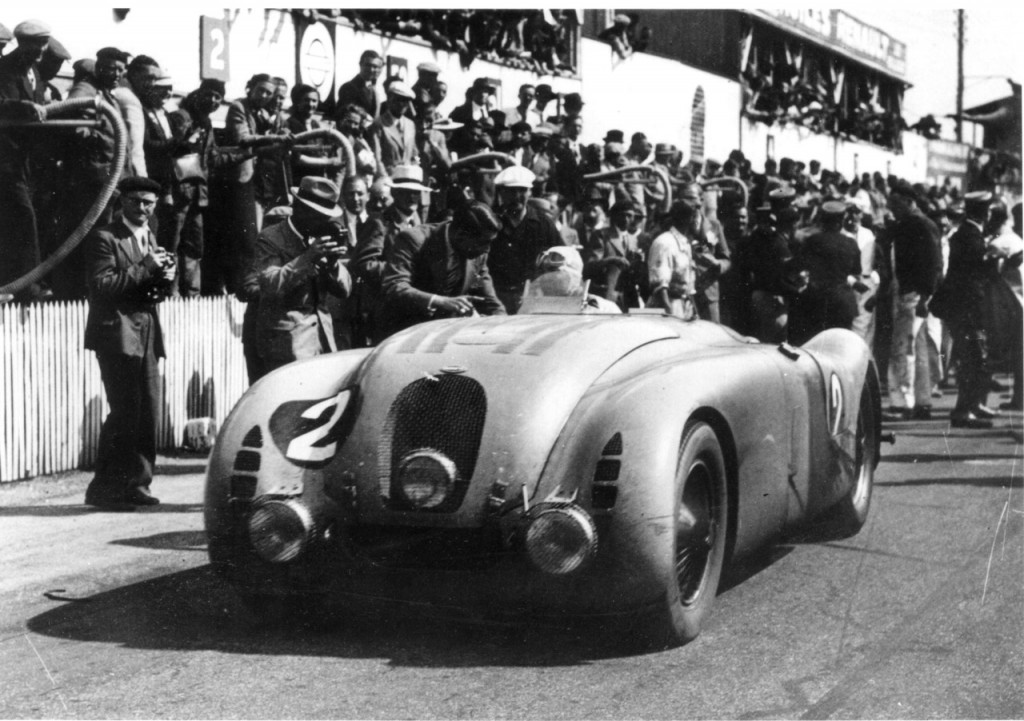 Luxury car manufacturer Bugatti commemorates the names that have shaped its history. Six key figures from the Bugatti annals lend their names to the exclusive Legend edition of the Bugatti Veyron 16.4 Grand Sport Vitesse. The first Legend, named after racing driver Jean-Pierre Wimille, is to be presented at Pebble Beach 2013.

In the 90th anniversary year of the 24 Heures du Mans, the first Legend is dedicated to a personality who is central to the history of motor sports and intimately linked with the Bugatti company: Jean-Pierre Wimille, who garnered two victories for Bugatti at Le Mans. The Bugatti Legend “Jean-Pierre Wimille” will make its début in the eyes of the world during Monterey Auto Week in California next month, and be on display at The Quail: A Motorsports Gathering (August 16) and The Pebble Beach Concours d’Elegance (August 18). The next 12 months will see the launch of six individual Bugatti Legends based on the Bugatti Grand Sport Vitesse. 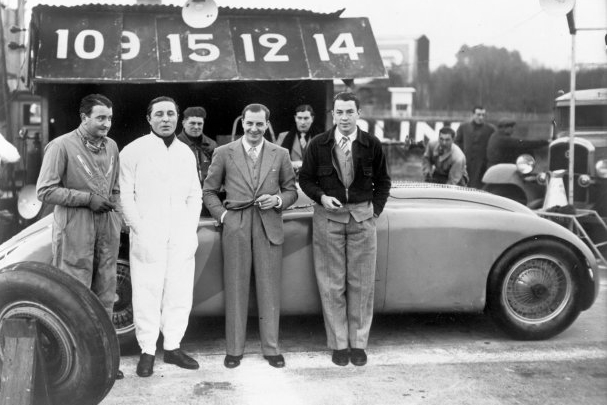 “This luxury automotive brand has been in large part defined by outstanding personalities and historically resonant moments. We want to tell the story of the brand through these Bugatti legends, and at the same time create a link between its past and presence,” said Wolfgang Schreiber, President of Bugatti Automobiles.

The Bugatti Legend “Jean-Pierre Wimille” relates to the successes of the eponymous racing driver who won Bugatti two victories at the 24 Heures du Mans: in 1937, driving a Bugatti 57G Tank co-piloted by Robert Benoist, and repeating the feat in 1939, this time supported by Pierre Veyron in a 57C Tank.The winning race car, a 1937 blue 57G Tank, is the inspiration behind the design of the “Jean-Pierre Wimille” Bugatti Legend.

During its the historic race, it appeared in the racing blue finish that habitually identified French racing cars. Accordingly, this Vitesse now shines in blue clear-coated carbon fibre and a light Wimille Bleu paintwork finish. 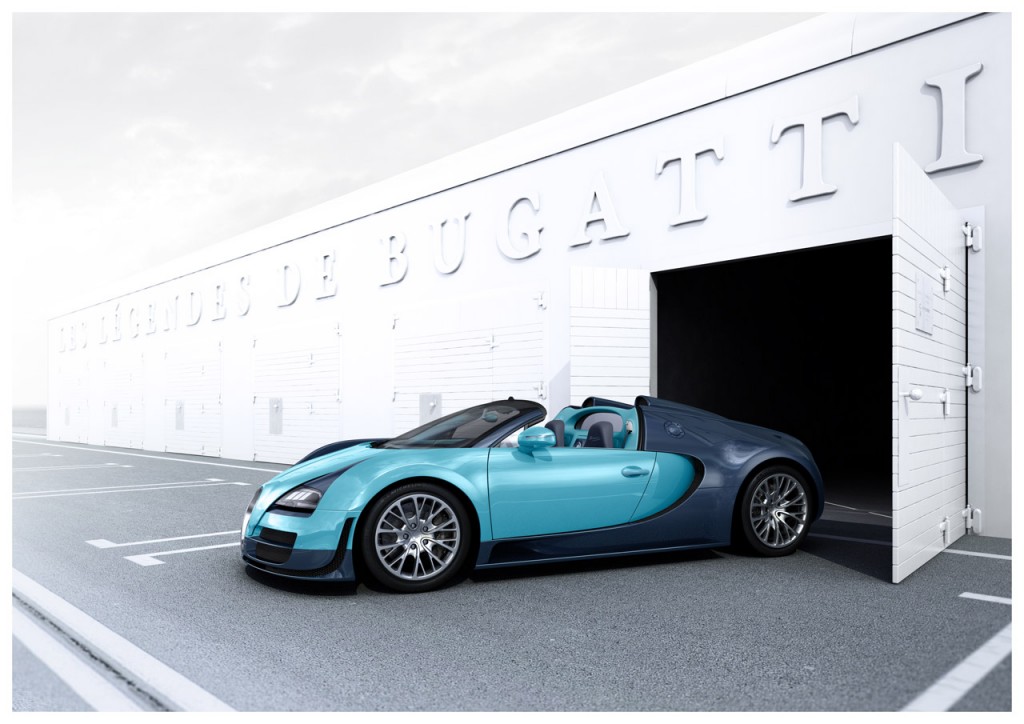 “The materials and colors selected, as well as a host of details, all reference the essential characteristics of the classic models driven by those figures to whom our edition pays homage. In each case, this care has resulted in vehicles in which the authenticity of the past is combined with the modern design, the sportive superlative and the luxurious comfort of Bugatti as an icon of the present. With these Bugatti Legends we are giving history a modern makeover,” explained Achim Anscheidt, chief designer at Bugatti.

The production run for the Bugatti Legend “Jean-Pierre Wimille” will be limited to three vehicles. 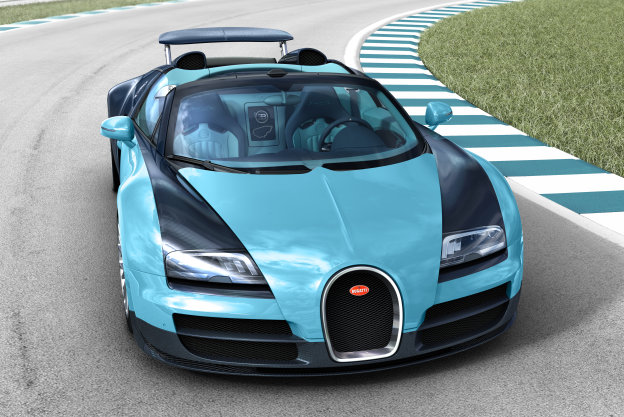 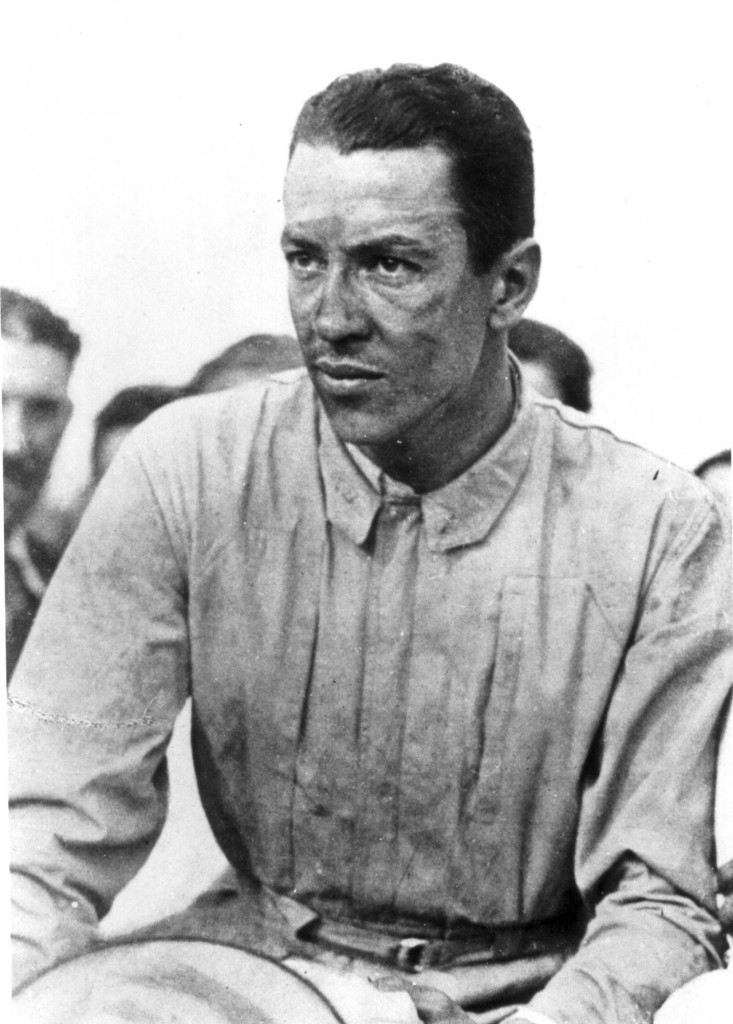 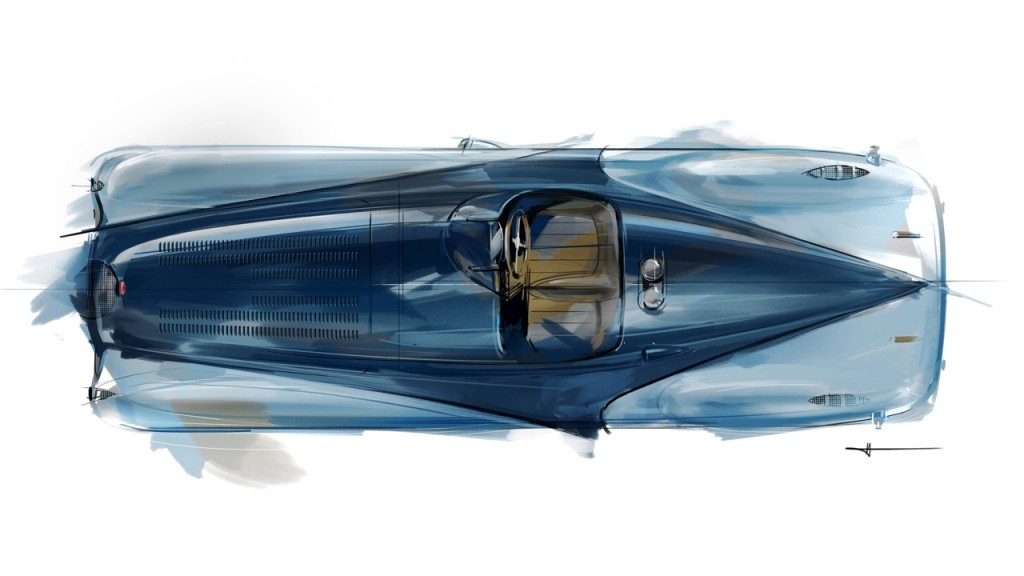 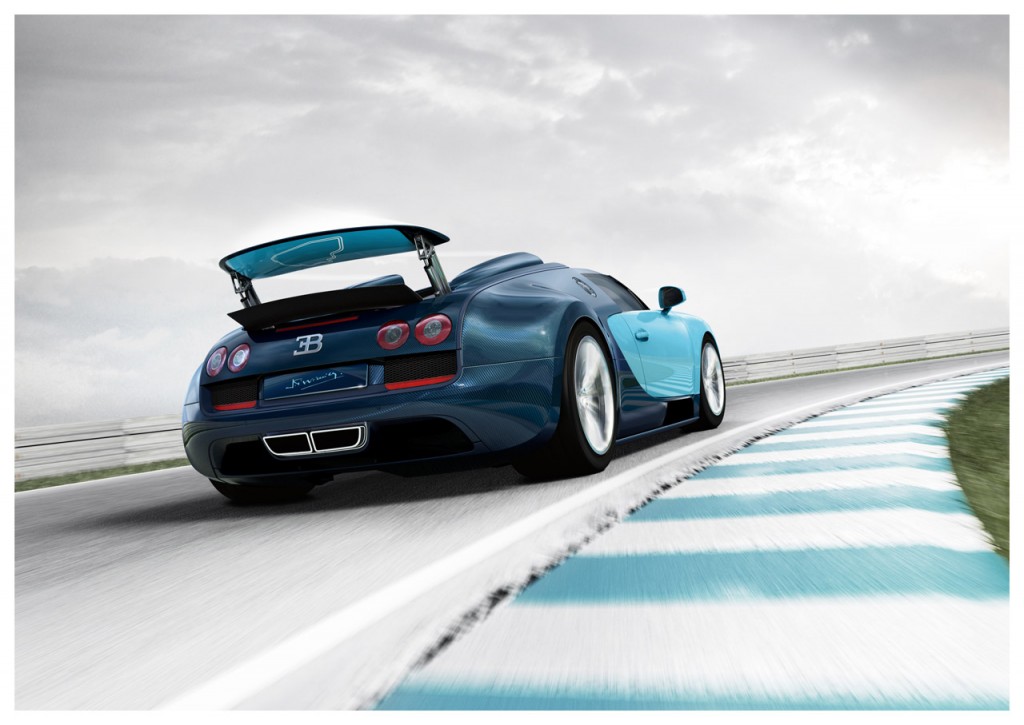