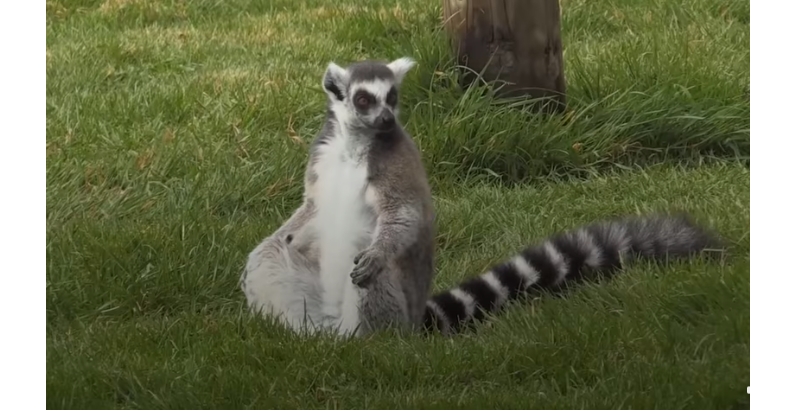 This article titled “‘Lemoga’: Lake District hotel offers yoga with lemurs as partners” was written by Josh Halliday North of England correspondent, for The Guardian on Tuesday 2nd April 2019 12.24 UTC

We’ve had doga, goat yoga and anti-gravity yoga. Now lemurs have joined in the fun.

A luxury hotel in the Lake District has added “lemoga” to its wellness programme, for yogis keen to do the downward dog with a Madagascan primate.

Related: Down with dog: yoga with cats – in pictures

Armathwaite Hall, a hotel and spa resort near Keswick, launched the sessions as one of its “meet the wildlife” wellness activities. And while celebrity yogis such as Khloé Kardashian haven’t yet caught on to the latest fitness craze, it is going down a storm in Cumbria.

Richard Robinson, manager of the adjoining Lake District wildlife park, said the Madagascan animals – which look like a cat crossed with a squirrel and a dog – made ideal yoga partners.

“When you watch lemurs they do some form of the poses naturally – that typical pose warming their bellies in the sunshine,” he said. “It seemed to be a really good combination to encourage people to have a go and spend time with a lemur.

“I don’t think you ever see an unhappy zookeeper. We spend all our time with animals. We know how it makes us feel and if we can give a little piece of that to people then great.”

The Lake District may be miles from the wilds of Madagascar, where the ring-tailed lemurs originate, but the primates appear very much at home around humans – and naturals at yoga.

Carolyn Graves, the owner of Armathwaite Hall, said the classes were designed to help guests beat the stress of city living: “Lemoga offers our guests the chance to feel at one with nature, at the same time joining in with the lemurs’ playtime.”