Brad Pitt launches a new business venture. Brad Pitt released a genderless skincare line made with grapes from his vineyard in France. 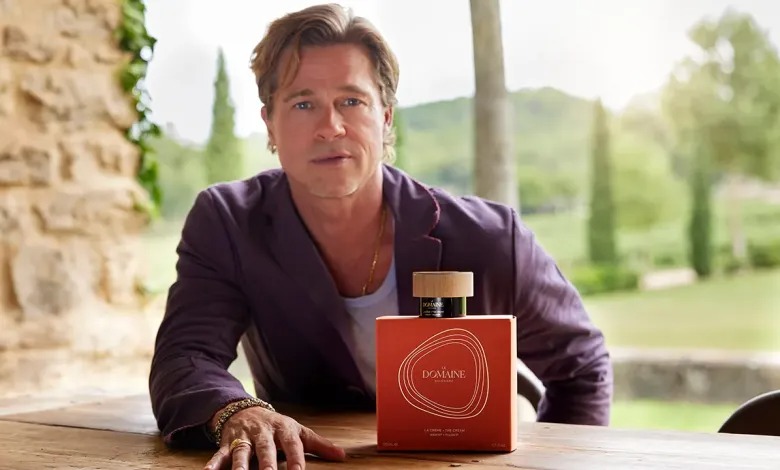 Actor Brad Pitt, the owner of Château Miraval in Provence, said that he’d always thought about launching his own skincare line and had been approached by several brands over the years, but it never felt quite right—that is, until he teamed up with the Perrin family, who also makes Pitt’s wine. French winery Château Miraval in Provence is known for its rosé, and now, for the antioxidant properties of its grapes and leaves.

The newly-launched Le Domaine skincare line is a unique sustainable skincare brand, combining cutting-edge research with the finest natural ingredients. Backed by groundbreaking research into human ageing, the entire LE DOMAINE Skincare line is designed to slow the signs of skin ageing. The product range comprises a serum, a cream, a fluid cream, and a cleansing emulsion; they are all vegan, gender-neutral, suitable for all skin types and 96%-99% of natural origin.

“Le Domaine is not meant to be a celebrity brand,” Pitt said in a statement. “It is an anti-aging cosmetics range for every man and woman. I love the idea of a genderless line.” Pitt told elle.com and British Vogue.

Pitt told British Vogue why he decided to make the skincare line gender neutral, saying: “I don’t know if it’s just because I believe in being all-inclusive as much as possible? Or maybe it’s about us guys needing help others understand how we can better treat our skin? I mean, I’ve probably gotten more from my partners in the past.”

At the launch at the Château Miraval, Pitt joked that his exes had done such a great job with their respective beauty ventures (Gwyneth Paltrow with her wellness site and brand Goop, and Jennifer Aniston with her haircare line LolaVie), that he thought he should maybe dive in too. 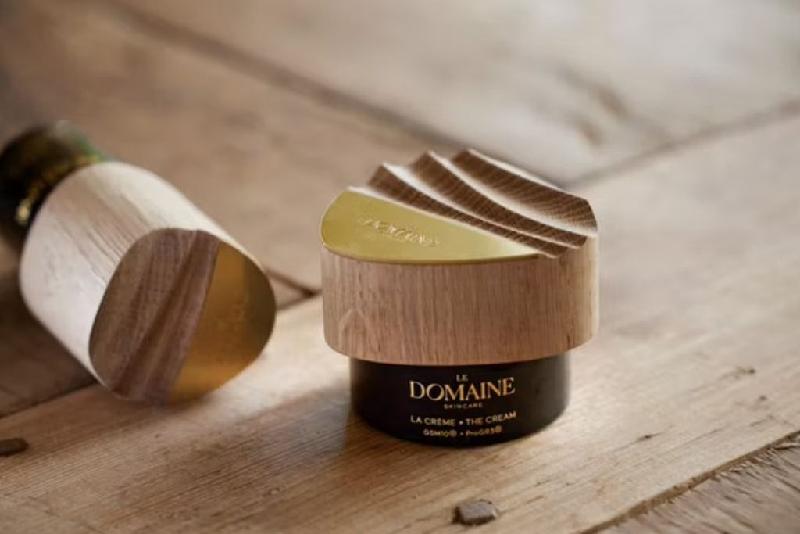 The new line also commits to responsible packaging through the use of recyclable glass bottles and jars, and reusable stoppers made of oak cut from the scraps of the vineyard’s wine barrels.

“It is about imitating nature’s organic cycles, its original beauty. In nature, there is no concept of waste. Every discarded thing becomes nourishment for another. This is circularity for LE DOMAINE Skincare.” — Brad Pitt 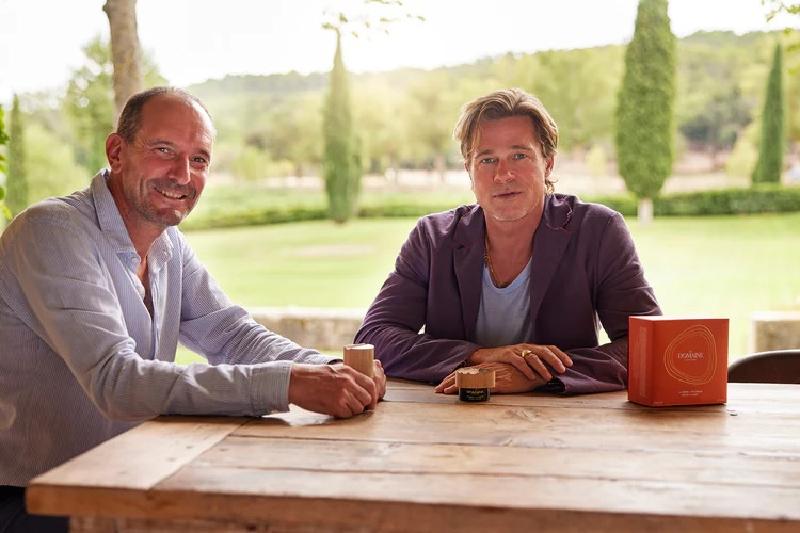 LE DOMAINE Skincare is of Science and Terroir.

The products benefit from a combination of two exclusive patented active ingredients, GSM10  and ProGR3 , developed in collaboration with Professor Pierre-Louis Teissedre and Professor Nicolas Lévy.

For the past 15 years, Famille Perrin has worked alongside Professor Pierre-Louis Teissedre from the University of Bordeaux to characterize Chateau de Beaucastel’s 13 grape varieties and identify the combination with the most potent antioxidant effects. The result is GSM10, a patented active compound with maximized antioxidative powers, setting a new pinnacle for antioxidant efficacy within beauty.

For the past 20 years, Professor Nicolas Lévy has been leading research on progeria, an extremely rare genetic disease that causes children to age rapidly. From his medical research, Professor Lévy and his team at ProGeLife, a biotech company focused on developing medicines for rare diseases, were able to identify novel causes of human ageing and skin ageing. ProGeLife’s team translated this knowledge into a patented* cosmetic active compound called ProGR3, capable of slowing down the effects of these mechanisms.

“From the regenerative viticulture on our untouched land at Château de Beaucastel came the idea of getting closer to scientists to find out what we could do with all the organic matter that we were no longer using, once the grapes had been pressed. The idea grew thanks to some unlikely encounters and the realization that our project could go much fur- ther thanks to synergies never before explored in the world of beauty. From intuition to intention, LE DOMAINE Skincare was born.” — Famille Perrin

Prices will range from 60£ for The Cleansing Emulsion to 290£ for The Serum.

LE DOMAINE Skincare will launch in October 2022 at the most premium beauty retailers in France, UK, Italy, Germany. Switzerland, Benelux and USA. 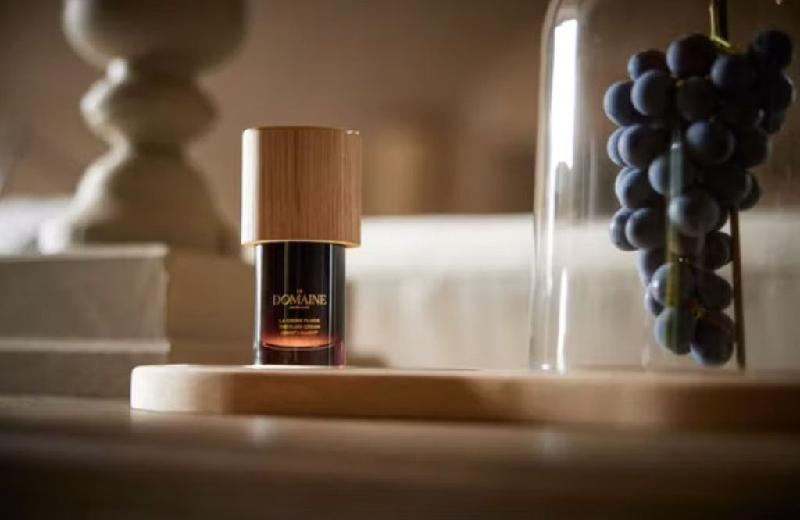 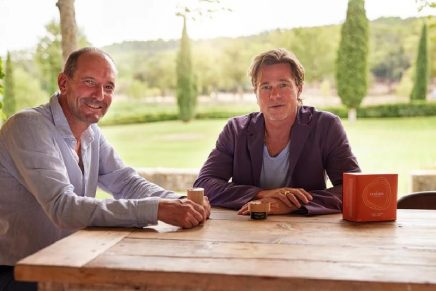 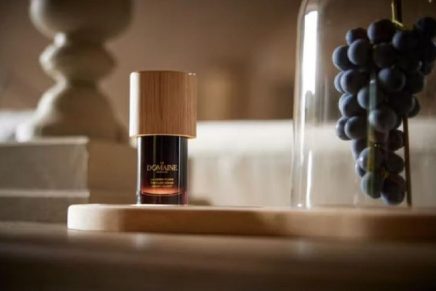 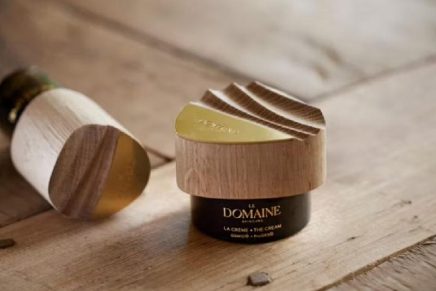 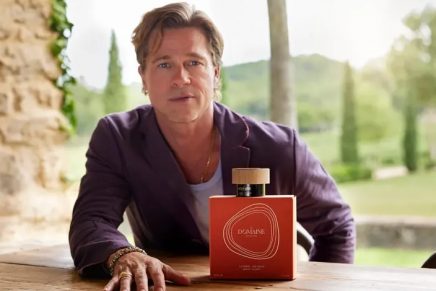