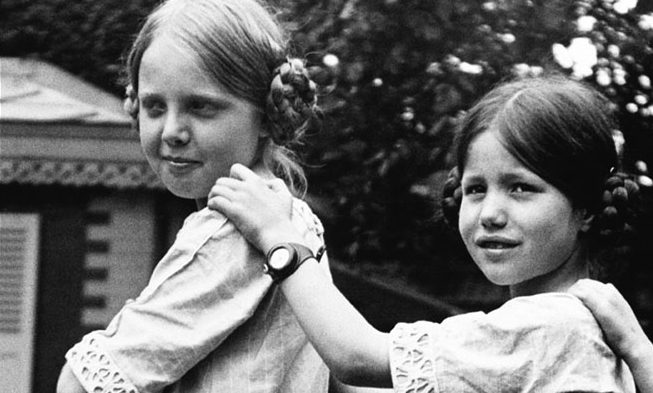 Hermès has a watchmaking tradition that dates back to 1912. At 2012 Baselworld Watch & Jewellry Fair La Montre Hermès presents its two first manufacture movements.

One calibre has given rise to two exclusive movements measuring time in both the feminine and masculine worlds of the Arceau and Dressage collections. These movements stem from the ongoing cooperation between two Houses dedicated to excellence, Hermès and Vaucher Manufacture – of which the former has held a 25% stake in the latter’s capital since 2006.

The mechanical self-winding H1837 and H1912 movements drive hour, minute, seconds and date displays, depending on the version. 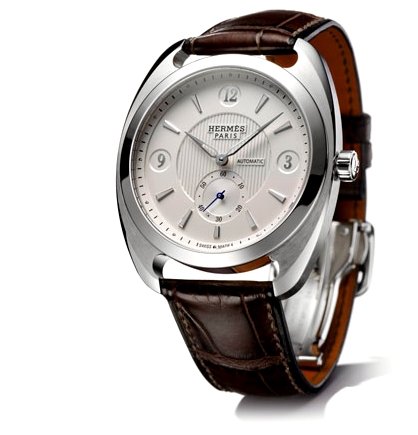 Exclusive Hermès H1837 movement
The Dressage watch, created in 2003 by Henri d’Origny, now appears in a modernised interpretation while remaining loyal to its original aesthetic. In welcoming the exclusive 11 ½ ’’’ movement, the Dressage collection asserts its sophisticated horological nature. This in-house movement, named after the founding date of the Maison Hermès, is available in versions with either a large central seconds hand and a date display at 6 o’clock, or with small seconds at 6 o’clock.

The dauphine hands are openworked, the applied hour-markers are sandblasted, the crown nestles closer to the case. While the case remains the same size, the opening diameter is 1.5 mm wider to provide a broader view of the more distinctly layered dial. The singular aesthetic of its bevelled tonneau-shaped silhouette is extended by lugs flowing smoothly into the case and ensuring a perfect curve. “Bridled” by a leather strap or metal bracelet, the case is inspired by Hermès’ equestrian roots. The new collection comprises ten different models. 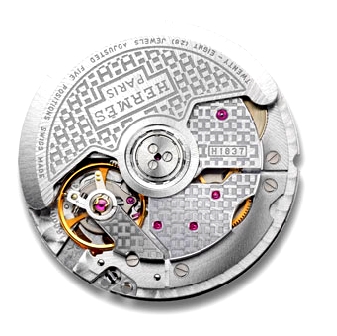 Arceau 34 mm – exclusive Hermès H1912 movement
The emblematic Arceau collection is enriched with a new feminine version housing the first 10 ½ ’’’ manufacture H1912 movement. Its name refers to the date of the photo on which Jacqueline Hermès, representing the fourth generation of the founding family, is shown wearing a “porte-oignon”, meaning an ingenious system serving to hold a pocket watch in place on the wrist. Its case in a new 34 mm diameter reflects the signature codes of the Arceau line with its sloping numerals and asymmetrical stirrup-shaped strap attachments – a tribute to the equestrian world. Displaying a keen sense of detail, Hermès has fitted this watch with a crown set with a rose-cut diamond. It comes in six versions in steel or rose gold, accompanied by a choice of hand-sewn alligator straps. 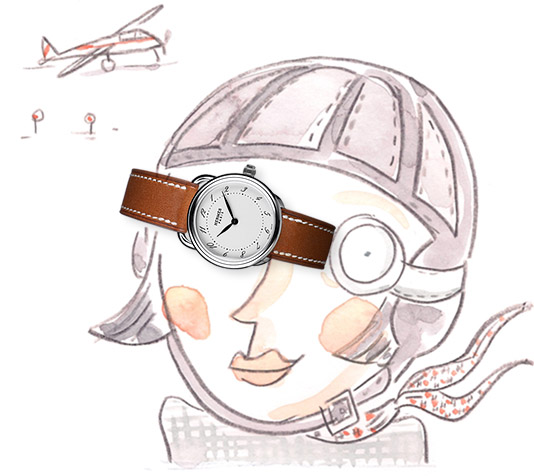