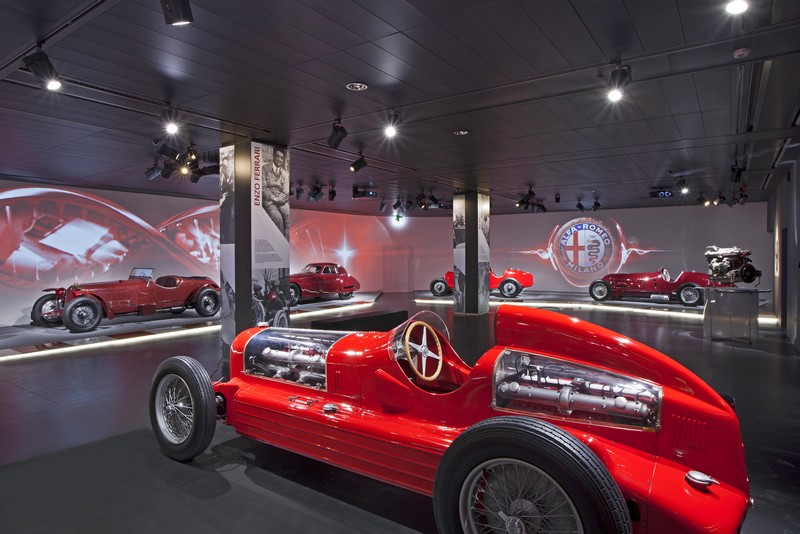 Museo Storico Alfa Romeo is home to the most significant pieces in Alfa Romeo’s historic collection, which was put together from the early 1960s onwards. It was inaugurated in 1976 and was open to visitors by reservation only. Following the decommissioning of the Arese production plant and the ensuing loss of the Centre’s directional role, the museum was closed in 2009. At the end of 2013, the architect Benedetto Camerana was called upon to propose a new design that would integrate the relaunch objectives with the need to preserve the building. The works started in summer 2014, and in less than 12 months, a major restoration project affecting the entire complex was completed and achieved by FCA Partecipazioni.

The key element in the design is the red structure which crosses the entire complex: from the projecting roof over the visitor
entrance, through the entrance and right up to the start of the display route with the new escalator architectural feature. This
last architectural addition, which can clearly be seen from the motorway owing to its bright “Alfa red” hue, is the symbol of the
Museum’s rebirth: a modern feature, set within a 1970s architectural context, which provides the necessary link between past and present.

The display exhibits 69 models which most marked not just the development of the brand, but the very history of the automobile itself. From the very first A.L.F.A. car, the 24 HP, to the legendary Mille Miglia winners such as the 6C 1750 Gran Sport driven by Tazio Nuvolari, the 8C coachbuilt by Touring and the Gran Premio 159 “Alfetta 159” world Formula 1 winner driven by Juan Manuel Fangio; from the Giulietta, iconic 1950s car, to the Championship 33 TT 12. 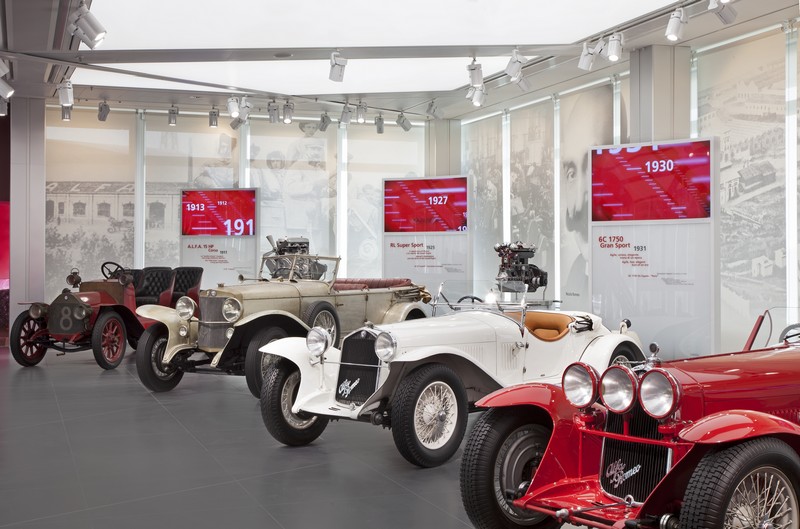 Timeline occupies the entire first floor, with a selection of 19 cars which best represent the development of the brand, each
accompanied by a multimedia information panel. The exhibit is completed by an “interactive memory”, a smart-tech station where visitors can access an interactive system for more details about the history of each model. The installation entitled “Quelli dell’Alfa Romeo” narrates how a legend was formed in over 100 years.

The second part of the exhibit , on the ground floor, is called Beauty and features several themed areas. The layout has been
designed with dynamic and smooth lines that recall the style of the major Italian coachbuilders: from the “I maestri dello stile”
(Masters of style), which combines 9 major design examples from each era, to “La scuola italiana” (The Italian School), displaying cars built by the Touring bodyshop under the Superleggera brand in the 1930s and 40s. In the centre lies “Alfa Romeo nel cinema” (Alfa Romeo in the movies). This is followed by “Il Fenomeno Giulietta” (The Giulietta Phenomenon) and “Giulia: disegnata dal vento” (Giulia: designed by the wind), with models that accompany the growth of the economy and of Italian taste in the 1950s and 60s. 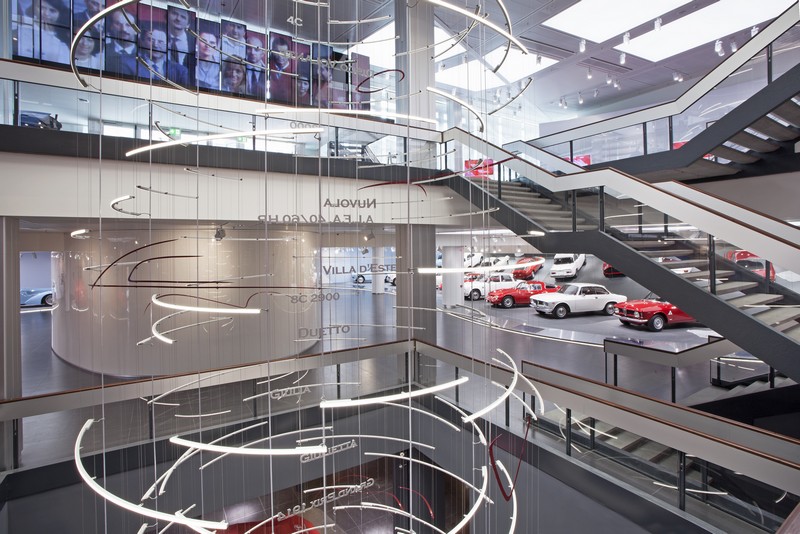 The third part is dedicated to Speed and it stretches across the entire sub-ground floor. This is the most exciting area, where Alfa Romeo enthusiasts can meet the stars of Alfa Romeo’s major victories: from “Nasce la leggenda” (A Legend is Born), a spectacular multi-media space which groups together the stars of the epic competitions between the two world wars, through to the début in F1 racing, “Progetto 33” and “Le corse nel DNA” (Racing in Alfa Romeo’s DNA).

Visitors then enter the “Tempio delle vittorie” (Temple of Victories), another space where a show of pictures, sounds and film footage presents the 10 biggest triumphs in the history of Alfa Romeo. The journey through the legend ends with a playful and spectacular finale: the “bolle emozionali” (emotional bubbles) dedicated to the experience of the Alfa Romeo world, with 360° virtual reality film footage, and a full-immersion room where visitors sit in interactive armchairs and watch 4D films. 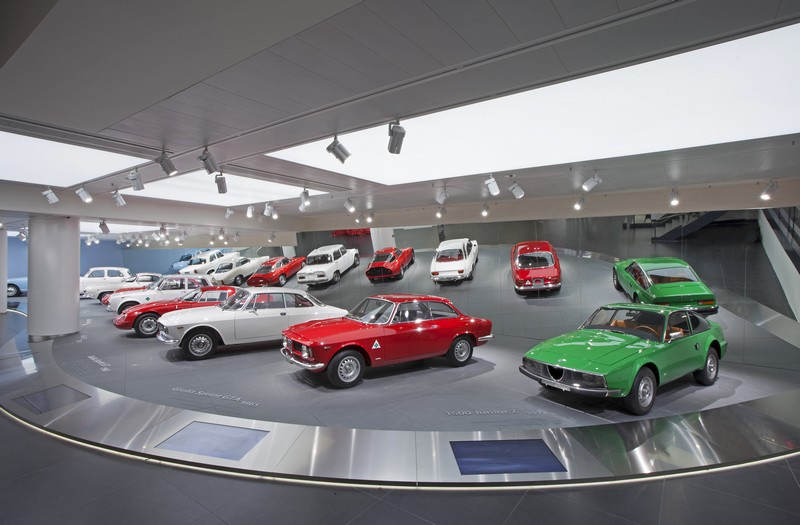 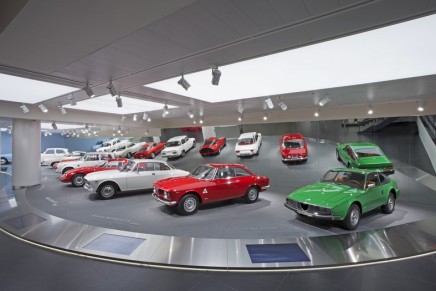 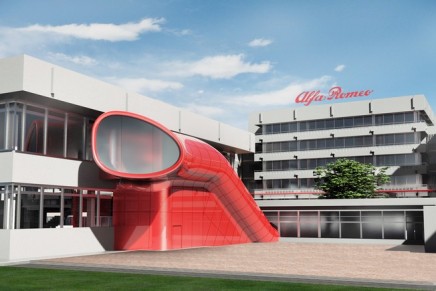 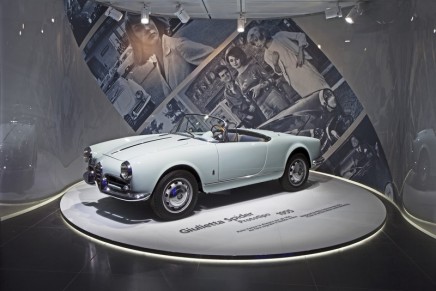 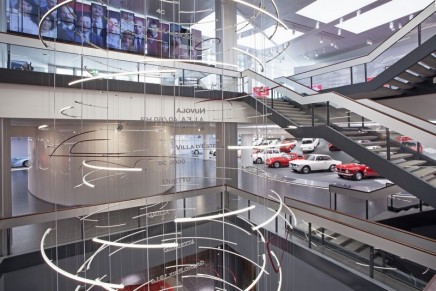 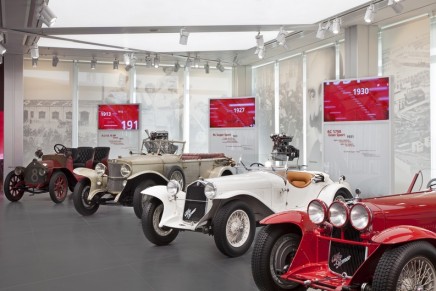 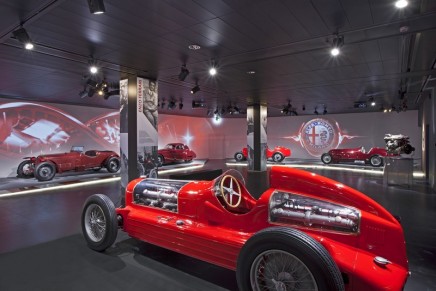