Download The June 2020 Issue Of British Vogue For Free 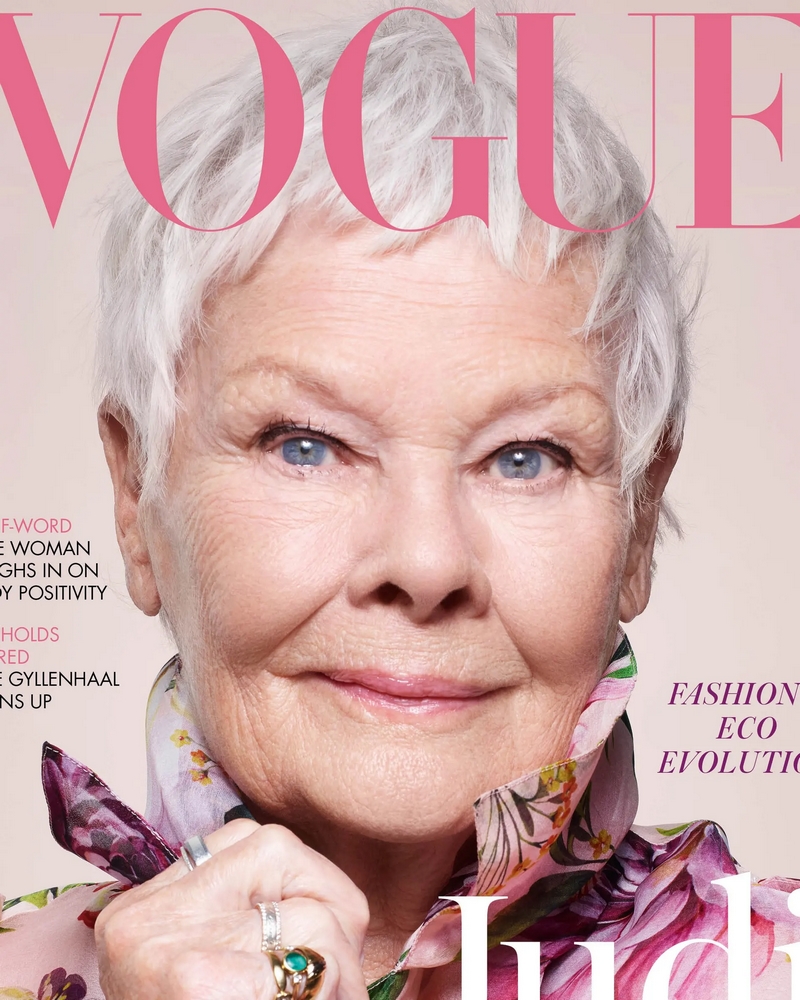 Judi Dench has become British Vogue’s oldest cover star, securing her first front page for the style arbiter at the age of 85.

The Oscar-winning actor was photographed just before lockdown for the magazine’s June issue, but the accompanying interview explores her experiences self-isolating at home in Surrey.

“I am sure I feel like everyone else, such unprecedented times are quite hard to comprehend,” she says. “What is a good thing is that it has made people aware of the predicament of others who are completely alone. If a great deal of kindness comes out of this, then that will be a plus.”

Dench has become an unlikely social media star during the Covid-19 crisis, appearing in videos posted by family members, despite not using social media personally.

Last month her daughter, Finty Williams, posted a Twitter video of Dench, wearing a novelty dog hat with pop up ears, saying: “Just keep laughing. That’s all we can do”. It has now been watched 5.4 million times.

Earlier this month Dench and her grandson Sam Williams did a TikTok dance to the song Cheryl by the US rapper Yung Gravy. The same week a video of her washing her hands with Gyles Brandreth while reciting ‘The Owl and the Pussy-cat’ went viral.

The Vogue interview describes Dench as “a kind of cultural tea cosy to be popped soothingly over the nation’s beleaguered identity in times of crisis.”

Dench is photographed in a pink, floral silk organza Dolce & Gabbana trench coat for the magazine, which is out on 7 May. In further images she wears a cream silk Armani Prive tunic. Much less stylish, she says, was the costume of the much-maligned Cats film. “The cloak I was made to wear! Like five foxes fucking on my back!” she said. “A battered, mangy old cat… A great big orange bruiser. What’s that about?”