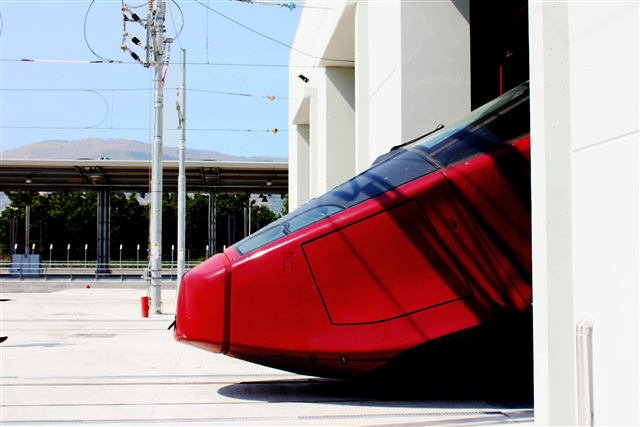 Italo, Italy’s first private high-speed train billed the most modern train in Europe, will begin running on April 28, and will initially start with services on the Napoli – Roma – Firenze – Bologna – Milano corridor. The network will be later extended to Salerno, Torino and Venezia by the end of the year, when the entire fleet of 25 Alstom AGV trainsets will be available.

France’s national rail company SNCF owns a 20-percent stake in NTV, which is led by a group of Italian businessmen including Montezemolo, NTV’s president, and Diego Della Valle, the head of luxury shoemaker Tod’s, announced AFP.

Italo is based on the latest Alstom AGV technology in terms of high speed train, features a system of locomotion distributed throughout the different cars of the train, rather than being concentrated in the front and back locomotives. The space made available by the elimination of the locomotives is placed at the disposal of the passengers (increase of 20% in onboard capacity).

The structural architecture made possible by the distributed locomotion almost eliminates mush of the onboard vibration and noise, while attenuating the movements between cars, optimising the aerodynamics and guaranteeing maximum safety, in addition to reducing maintenance costs by 15%.

What is more, the combination of this technological innovation with composite materials and traction systems brought to even further heights of perfection has made it possible to lighten Italo by approximately 70 tons, compared to the trains manufactured by the competition.