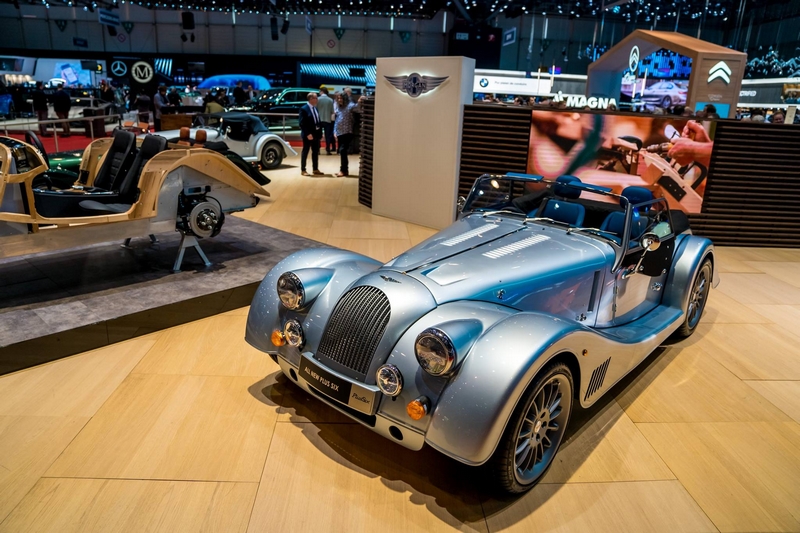 An intriguing mix of craftsmanship and technology captured on the Morgan stand during the first press day at the Geneva International Motor Show 2019. Morgan Motors Company launches a new model: Morgan Plus Six. Take an in-depth look at the next generation Morgan sports car with Carfection.

Morgan Motor Company, one of the last remaining British-owned carmakers, is to be bought by an Italian investment firm.

The 110-year-old classic sports car firm, based in Malvern, Worcestershire, said it had sold a majority holding to Italy’s Investindustrial, which owns stakes in a broad range of auto brands, including Aston Martin and the motorbike maker Ducati.

Related: Motor Mouths: an audiovisual guide to the UK car industry – in pictures

It did not disclose the value of the takeover, announced after the unveiling of its Plus Six model at the Geneva Motor Show on Tuesday but managers and the workforce will have a stake in the business.

The Morgan family will continue to represent the brand and retain a minority stake after the scheduled completion of the deal in April.

Founded in 1909, Morgan is one of the last car companies still under British ownership. It sells about 700 handmade sports cars , with buyers sometimes forced to join a waiting list that can last six months. It reported revenues of £33.8m in 2018 and an after-tax profit of £3.2m.

Jill Price, the longest-serving director and family member, said: “Having very carefully considered all options for the future success of Morgan, the family concluded that this new ownership structure and Investindustrial, have the pedigree and resources to secure the long-term future of Morgan.”

Andrea Bonomi, the chair of Investindustrial, said: “Morgan’s handmade British sports cars are true icons of the industry. We have followed the company and seen its progress for some time, and see significant potential for Morgan to develop internationally while retaining its hand-built heritage, which is at the heart of the Morgan Motor Company.

“We share with the Morgan family the belief that British engineering and brands are unique and have an important place in the world.”