MINI USA has confirmed it will be offering a limited edition rooftop collection created in partnership with three artists from diverse cultural backgrounds, bringing their voices and stories to the MINI community throughout the country. 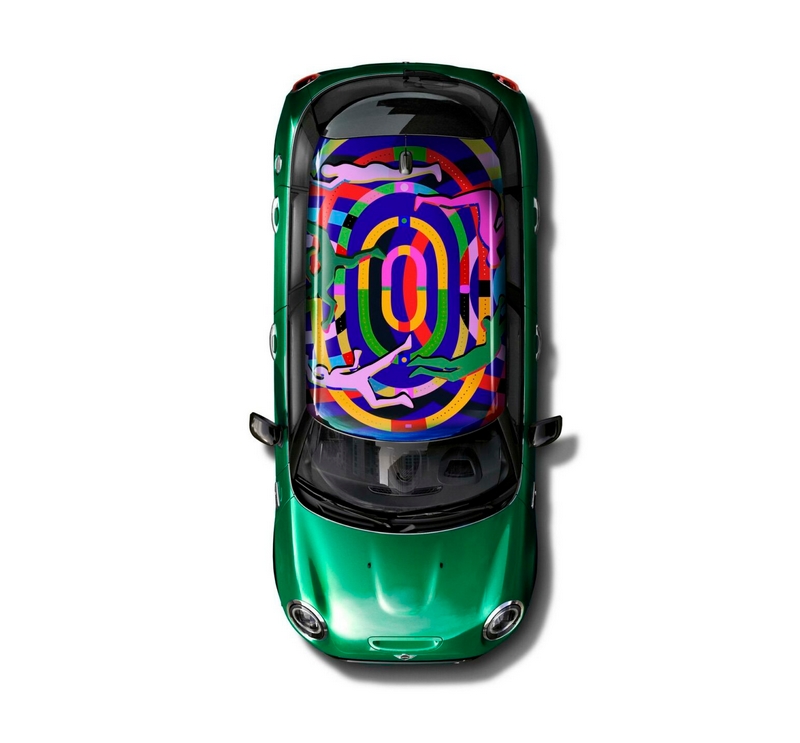 Now sold in 109 countries all over the world, the MINI was designed in 1959 by Alec Issigonis, a British engineer with Greek roots.

Available for a limited period of time in the United States, the individual pieces commissioned especially for this purpose will transform the iconic MINI rooftops into works of art and will also go on display as murals in Brooklyn, New York, New York’s SoHo neighbourhood and Portland, Oregon.

“MINI is all about self-expression, and the rooftops convey this in its purest form,” said Mike Peyton, Vice President, MINI of the Americas. Now they will become true works of art. This special collaboration is part of the MINI brand campaign BIG LOVE – two short words with the power to inspire a world of positive action. The motto is: “We’re all different, but pretty good together.” As part of this project, MINI USA will be making a donation to the American Immigration Council to support its mission. 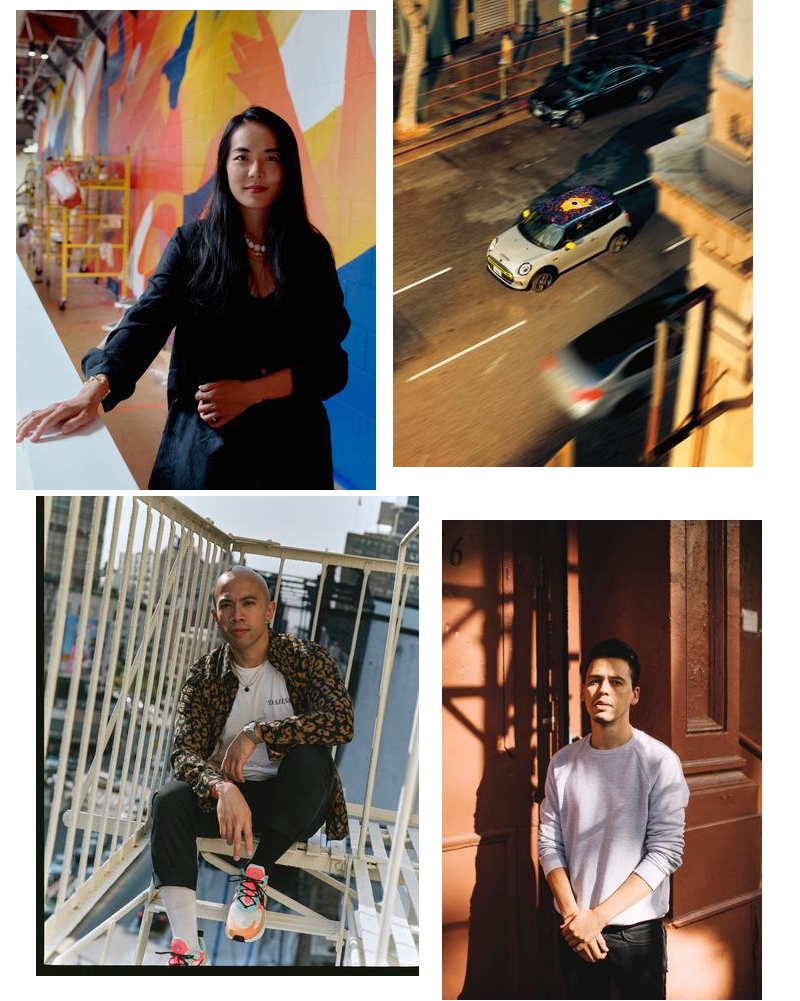 The works of art were created by three artists specially selected by MINI and they reflect these individuals’ diverse cultural backgrounds and experiences growing up in the United States of America:

Rich Tu is an artist and designer based in Brooklyn. He is a first-generation Filipino American who is particularly interested in culture and the future. Rich hosts First Generation Burden, a podcast focusing on the integration of immigrants in the creative community.

Striking colours, inherent movement and images full of detail are the prevailing features of his highly personal works. Rich Tu’s powerful visual style is inspired by his three passions: community, social justice, and reflection on the first-generation immigrant experience through self-expression. His work is entitled “Hiraya”, which is derived from an old Filipino word meaning “fruit of hopes, dreams and aspirations”.

Shane Griffin, also known as ‘Grif’, is an award-winning, multi-disciplinary visual artist and director who is originally from Dublin and now based in New York. Grif has worked with many pop culture icons, including Kanye West, Kid Cudi and Wiz Khalifa. Mainly drawing on surrealism and abstraction, Grif’s work spans the entire spectrum of print, sculpture, animation and live-action film. Shane’s work is entitled “ChromaFlow”.

Shawna X is an independent artist and visual director with roots in Portland who lives in New York. She is known for her vivid, impassioned and graphic style of visual design in digital, spatial and motion spaces. X is a reference to her Chinese name Xiayun (Sia-yoon, the word for the shrub Ruta montana). Shawna’s work is entitled “Roads we travel” and is a visual expression of the paths that bring us together.

“Rich Tu, Shane Griffin, Shawna X and MINI BIG LOVE exemplify how beauty and strength can come from talented people from diverse backgrounds working together,” said Wendy Feliz, Director of the American Immigration Council’s Center for Inclusion and Belonging. “We’re proud and happy to be able to benefit from these outstanding works of art and we look forward to celebrating them and the artists who created them.” 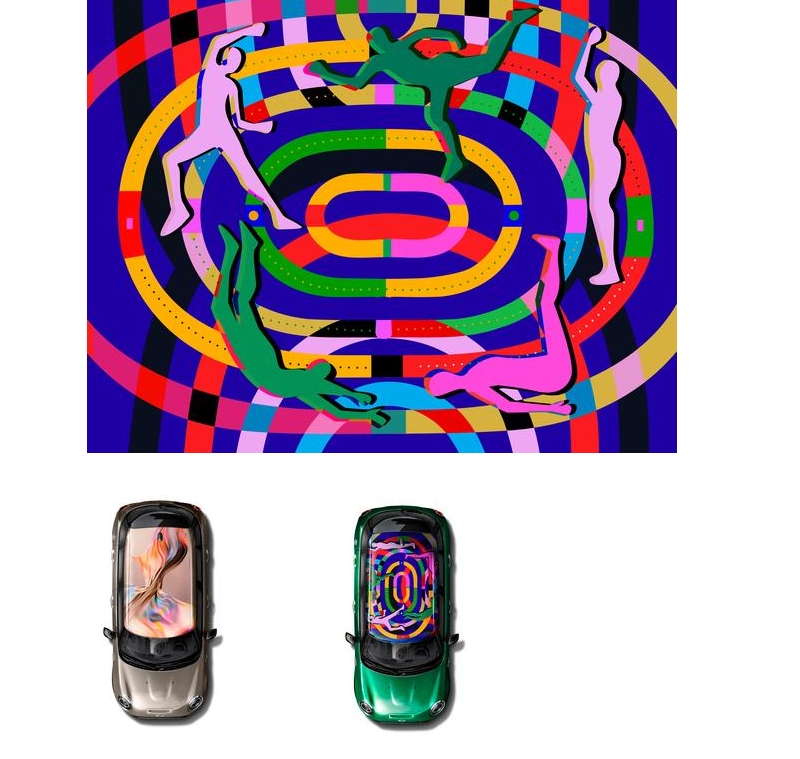 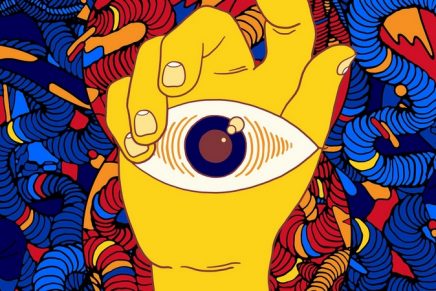 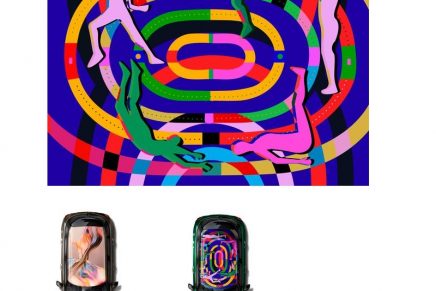 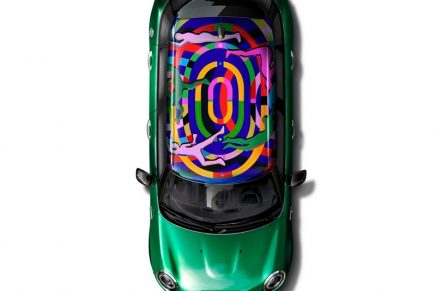 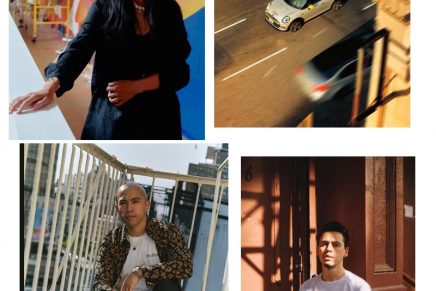