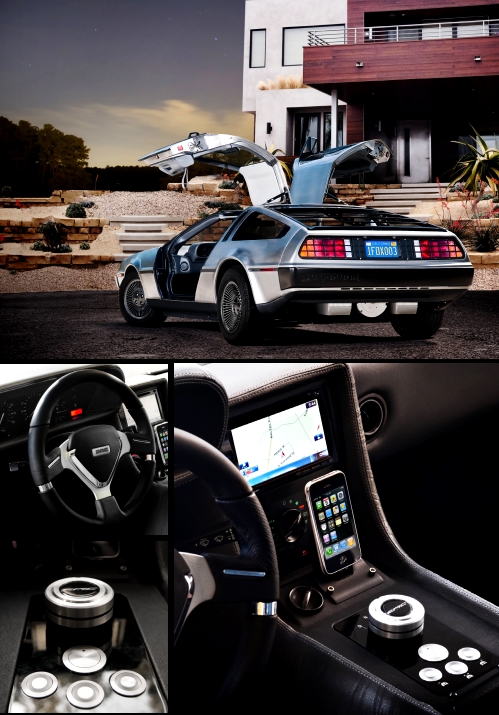 Since its debut in 1981 DeLorean has earned its place in pop-culture iconography. The sport cars’ easily recognizable gull-wing doors, stainless steel body, and rear mounted engine has appeared in movies, video games, and television shows, though may be best known for its role as the unlikely time machine featured in the Back to the Future trilogy.

DeLorean plans to market the DMCEV in the United States in 2013 at $95000, and will further develop prototypes combining the existing DeLorean automobile with the Epic EV electric powertrain. Together, Epic EV and DeLorean plan to produce a number of prototypes utilizing the Epic EV powertrain for evaluation this and next year.

The DeLorean Motor Company (DMC), based in Humble, TX, USA, acquired the original company’s name in 1995 and now owns the largest remaining original parts stock from the factory, US stock and original suppliers. In addition to servicing, restoring and selling DeLorean automobiles, parts, accessories and merchandise to customers around the world, DMC also assembles cars to order, featuring parts or designs from the original DeLorean automobile, with modern engine and suspension technology. A variety of DeLorean products have been developed through licensing relationships with manufacturers in footwear, apparel, toys, collectibles, gaming and other product categories.