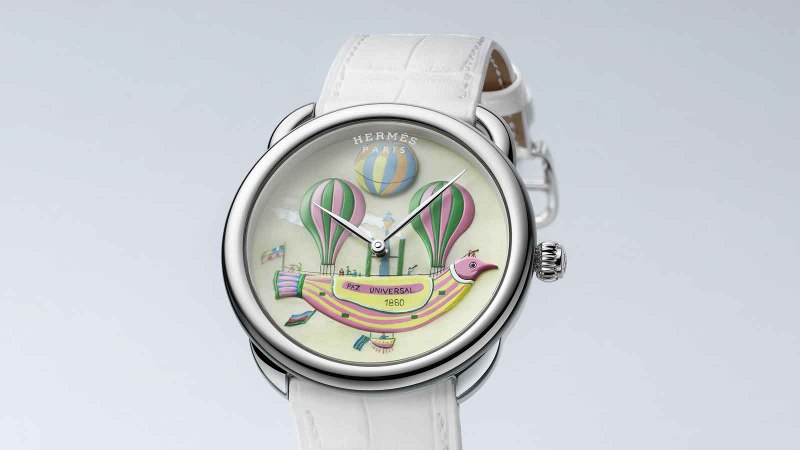 Man has always dreamed of flying. In the 15th century, Leonardo da Vinci was the first to envision intriguing flying machines, then at the end of the 18th century, the industrial revolution encouraged all sorts of experiments. Loïc Dubigeon has gathered eighteen projects – from the most scientific to the most eccentric – which testify to the research carried out until the very beginning of the twentieth century, when the airplane was introduced as a means of aerial transport. Hot air balloons, airships and flying ships come together on this carre, their pennants flapping in the wind. 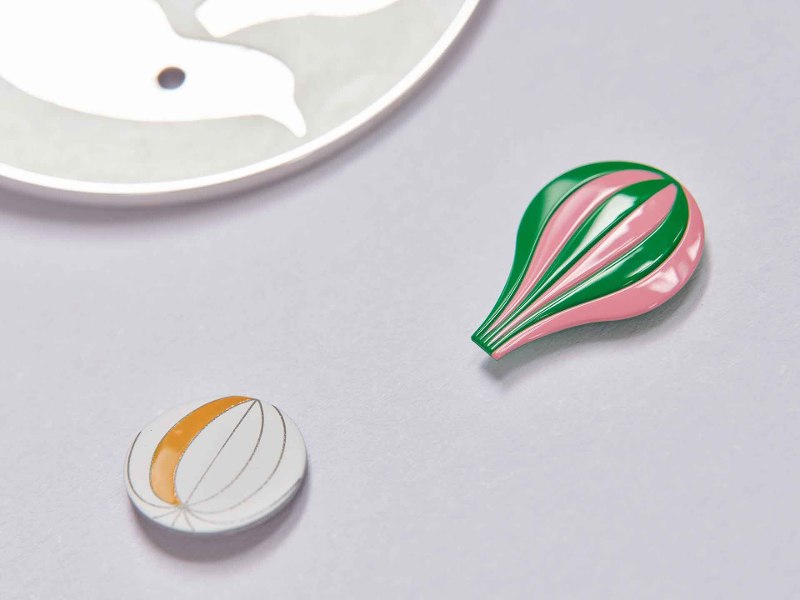 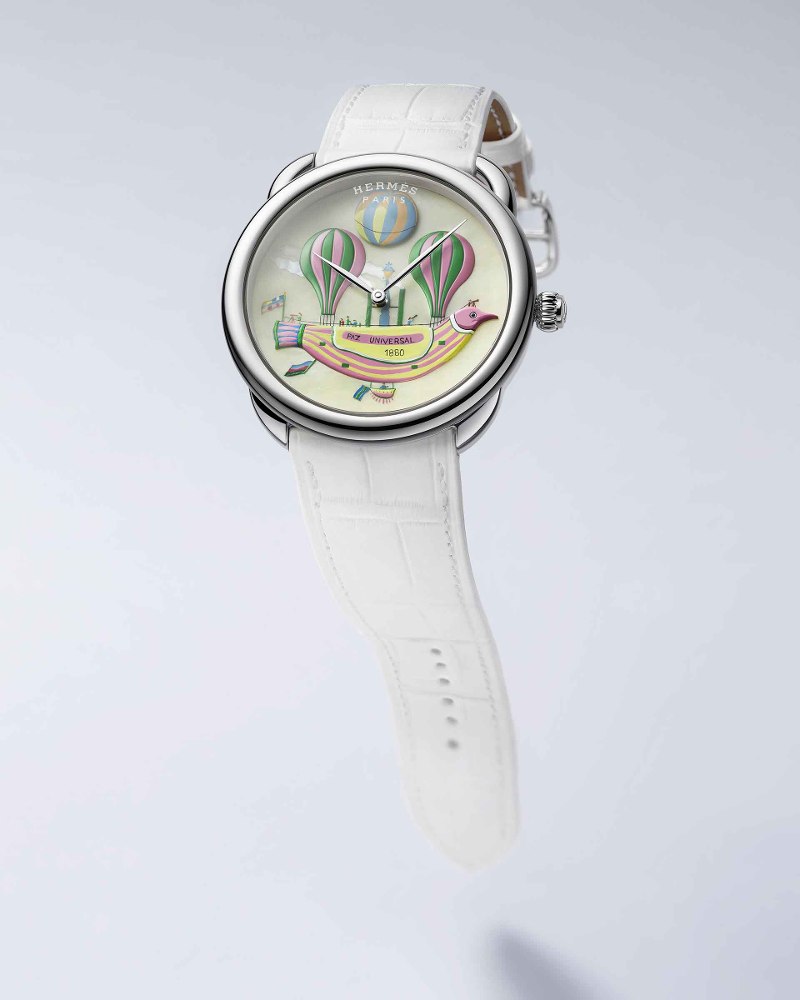 Neoralite gives the hot-air ballons a bright green and pink color. The animated balloon applique is hand-painted by Hermès artisans. The bird shaped white gold gondola is the original symbol of travel and migration.

The first aircraft took to the skies yet remained immobile was the aerostat. A prelude to the balloon and the airship, it allowed humans to break free from gravity. Icarus is a myth and the aerostat was a dream giving access to an impassable frontier that humankind would incessantly pursue: the horizon. The horse provided a chance to cover distances, while the aerostat brought a third dimension: altitude.

The Hermes Arceau Les folies du ciel watch is the horological expression of this spirit. The Hermès artisans have recreated this dreamlike journey in a 38 mm white gold case, powered by a Manufacture Hermès movement. On a mother-of-pearl dial whose textured hue can be seen through the wisps of smoke from the chimneys, two neoralite pink and green hot-air balloons billow in the wind. Their kiln-fired canvas takes on a curved relief that creates the illusion of the volume of hot air filling them and enabling them to take flight. Each surface is hand polished to give it a radiant sheen. 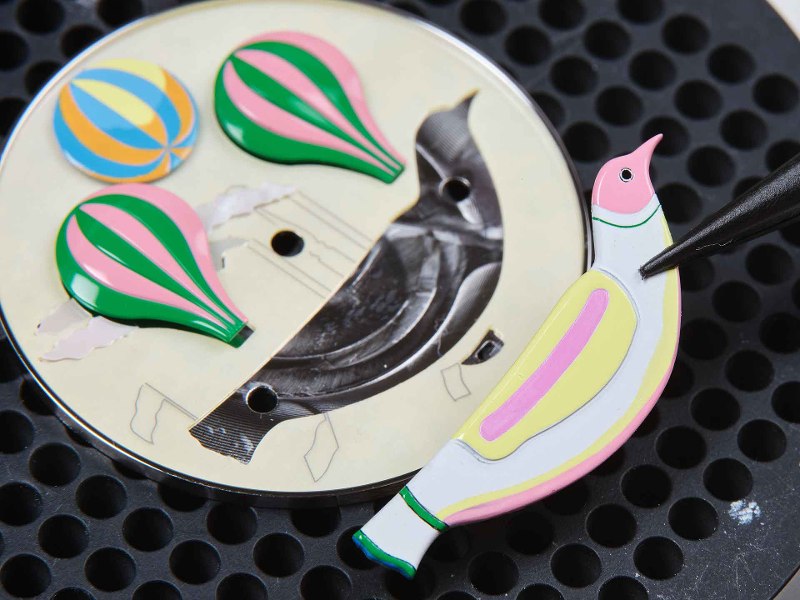 The two balloons are attached to a hand-painted white gold gondola in the shape of a bird – the original symbol of travel and migration, humankind’s first inspiration for its future flying vessels.

Perched above the tableau at 12 o’clock is a hand-painted and applied animated balloon. Designed as a balance, it spins on its axis in step with wrist movements, expressing the light, unexpected touch typical of Hermès creations. “Hermès Paris” is embossed like a secret signature reserved for each of the 24 travellers for whom this limited series is intended. 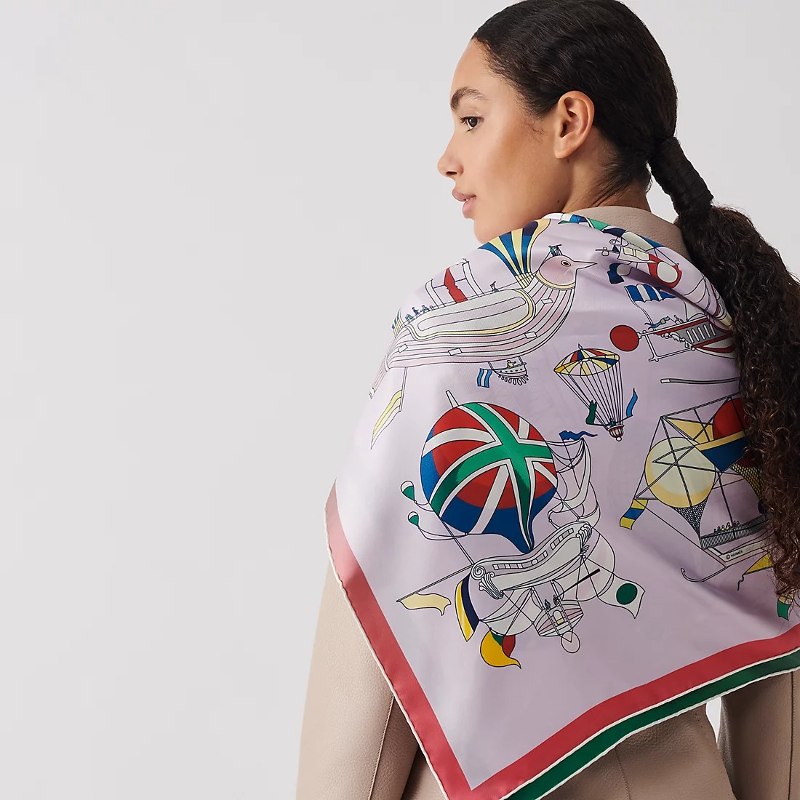 Double face scarf in silk twill with hand-rolled edges (100% silk). Les Folies du Ciel is the first scarf printed on both sides. This innovative technique combines two colorful scarves in one. As this scarf is hand-rolled, the dimensions indicated may vary. 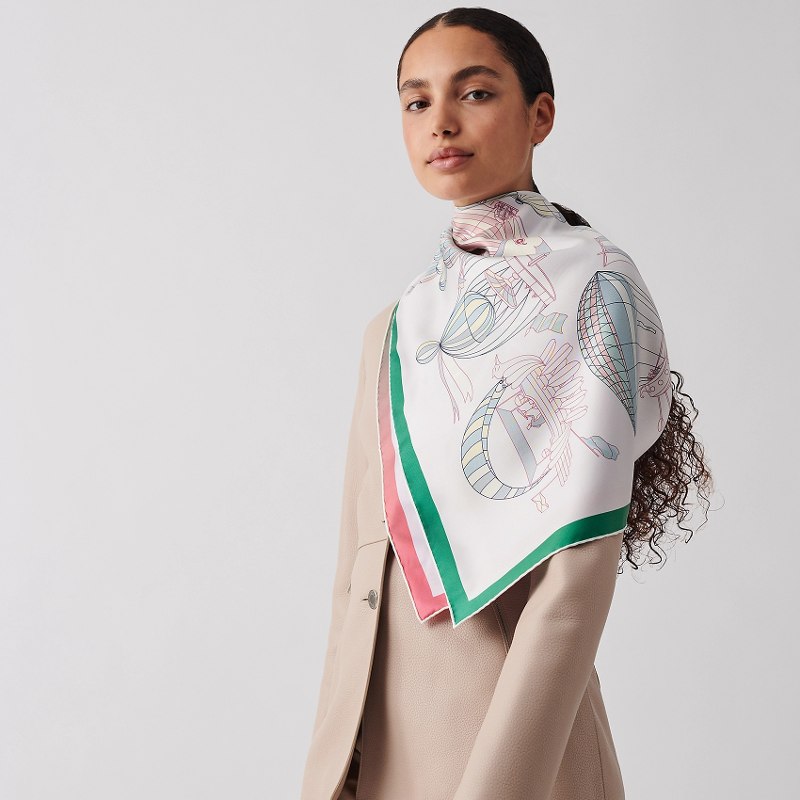 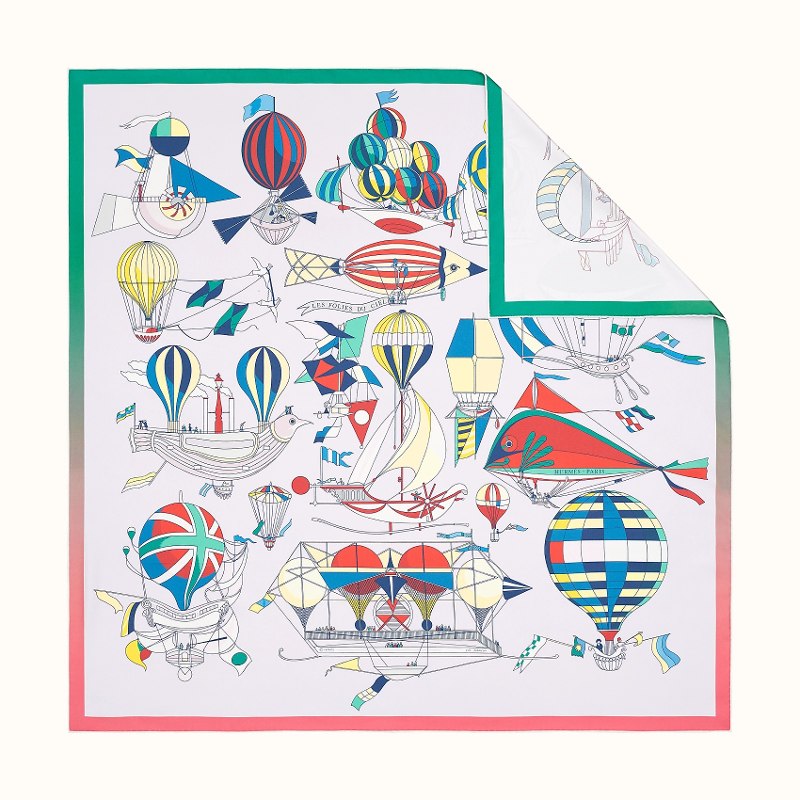 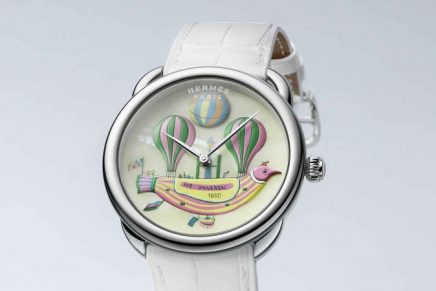 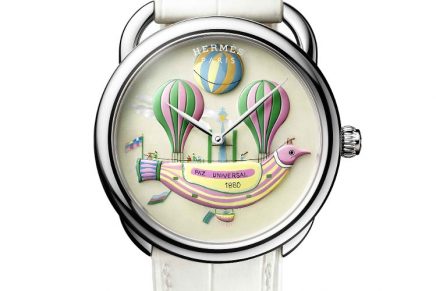 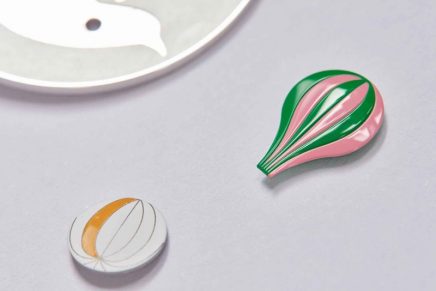 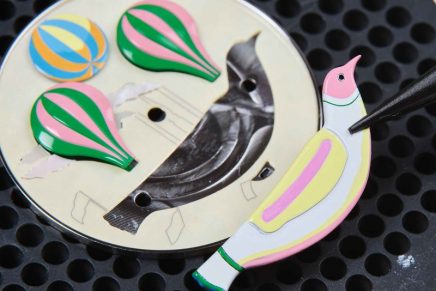 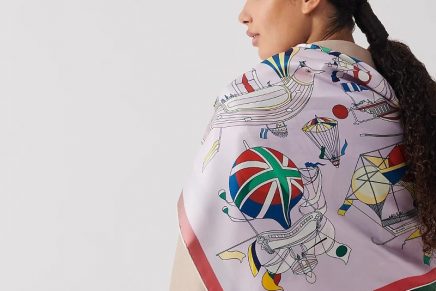 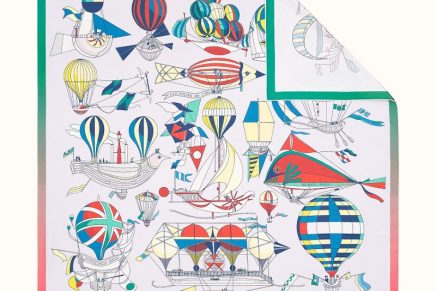