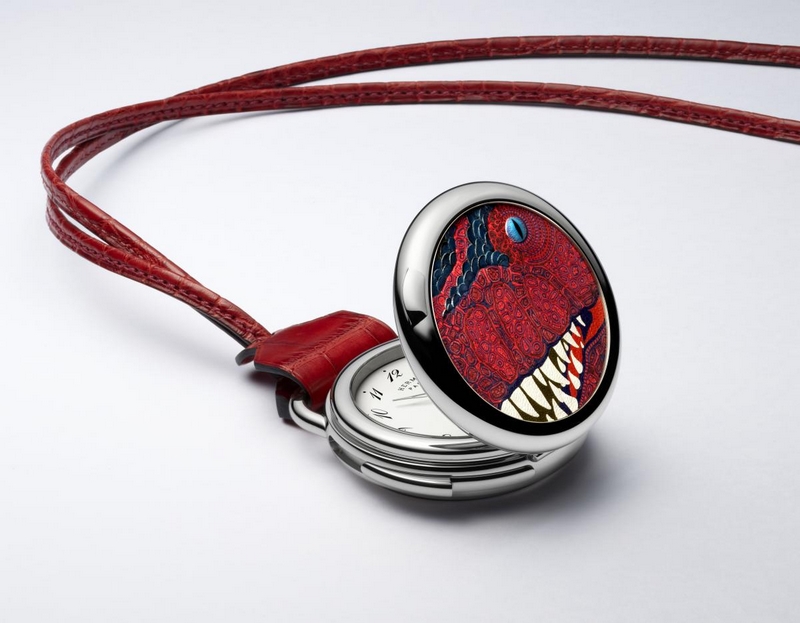 Beating to the rhythm of Hermes Manufacture H1924 minute repeater and tourbillon movement, the Arceau Pocket Aaaaargh! frames a refined white enamel dial, protected by a cover adorned with a tyrannosaurus composed of marquetry and leather mosaic.

After the gruff bear of the Hermes Slim of Hermès Grrrrr! and the wolf howling in the moonlight of the Arceau Awooooo, the Hermes Arceau Pocket Aaaaaargh! watch is joining the bestiary imagined by English artist Alice Shirley. On this model, the “king of the tyrant lizards” with half-open jaws and an attentive eye comes to life under the expert guidance of Hermès watchmakers, after a month of meticulous work using exclusive techniques developed in its leather workshops. 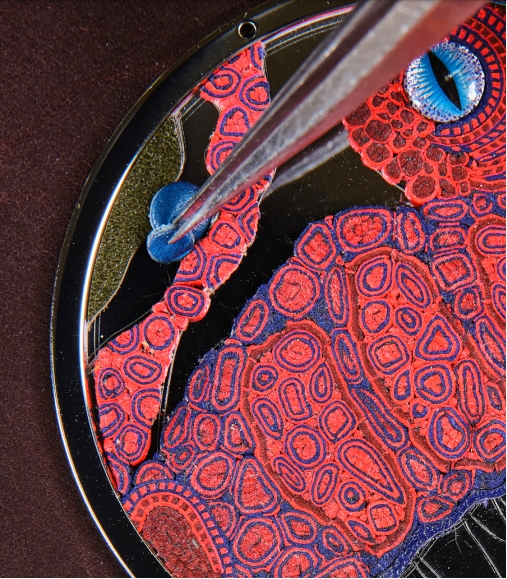 The design of the tyrannosaurus, which appears to be peeking through a porthole, stands out against the cover and
involves a combination of several demanding skills. The head and scales are made in leather mosaic: thousands of finely hand-cut multicoloured leather fragments are applied one by one to faithfully reproduce the original pattern. The domed eye of the dinosaur, visible on both sides of the cover, is made of cabochon-cut Grand Feu enamel. Finally, the jaw and tongue are crafted in leather marquetry: fine tesserae are cut from various coloured leathers, previously thinned to just 0.5 mm, before being juxtaposed on the enamel base. Setting the final touch to this miniaturised leather artwork, an H-red alligator leather cord-strap is secured to the rectangular stirrup and accentuates the overall design. 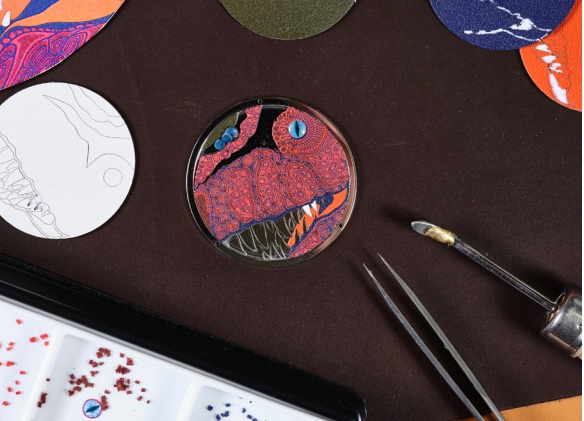 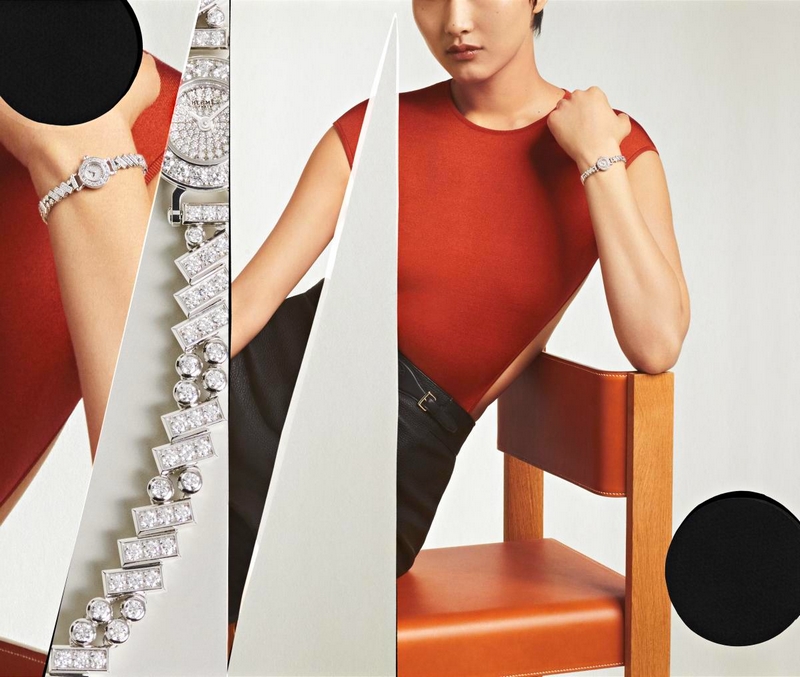 The miniaturised Faubourg watch model presented by Hermès Watches in 2014 has inspired the quintessential design of the Faubourg Polka: a mother-of-pearl dial framed by a dainty round case. Its entirely redesigned bracelet consists of interwoven dots and oblique lines, as if its curves were going off on a tangent, as if its lines were wary of excessive straightness. It thus sets the pace of time with a sense of total freedom as its lines and dots invent a new language, whose punctuation and grammar tell the tale of a far-sighted present. 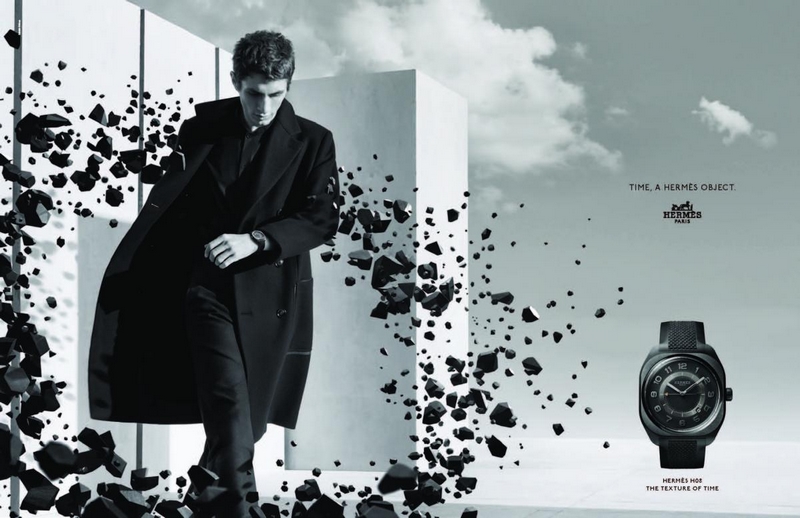 The enigmatic name of the Hermès H08 watch hints at graphics, mathematics and metaphysics. The distinctively original font of the numerals chimes with the object, including a 0 and an 8 whose forms evoke that of the case. The 0 numeral embodies emptiness, while the horizontal figure 8 symbolises infinity. Like a journey between nothing and everything. As if echoing the mystery and depth of time. 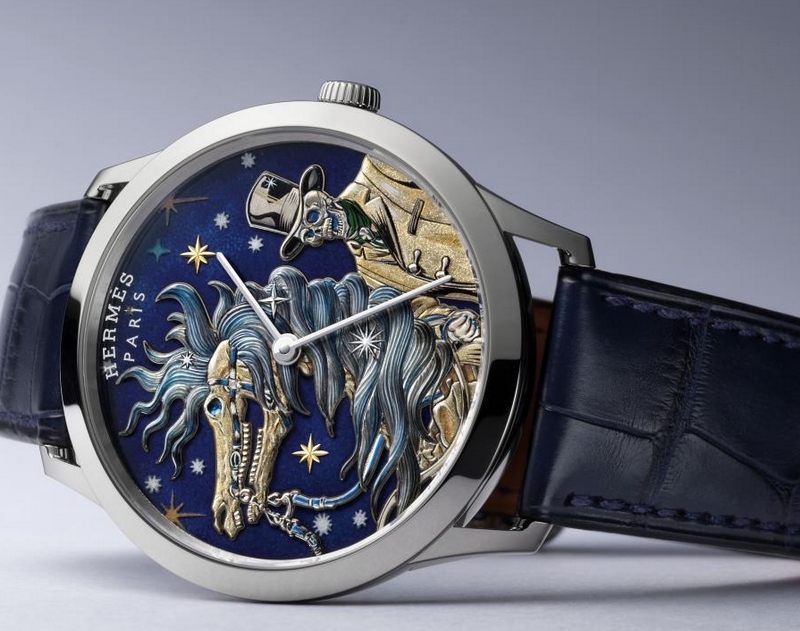 Framed by white gold, the new Slim d’Hermès showcases the subtle arts of miniature paillonné enamel and engraving in a whimsical and mischievous universe. Crafted in blue and bronze/russet tones, the new Slim d’Hermès C’est la fête is brought to life by the skilful workmanship of the enamellers and engravers. Humorously reinterpreting the theme of the C’est la fête silk scarf, demanding miniature enamel artistry is revealed in all its virtuoso splendour.

The dial motif – a mischievous skeleton figure vigorously riding his horse in a tailcoat and top hat – is drawn from the men’s silk scarf designed by Daiske Nomura in 2012. The Japanese designer-illustrator, who likes to hijack Hermès emblems by associating them with cartoon, manga and video game culture, offers a consistently unexpected whimsical or futuristic vision.

Framed by white gold, the new Slim d’Hermès showcases the subtle arts of miniature paillonné enamel and engraving in a whimsical and mischievous univers. 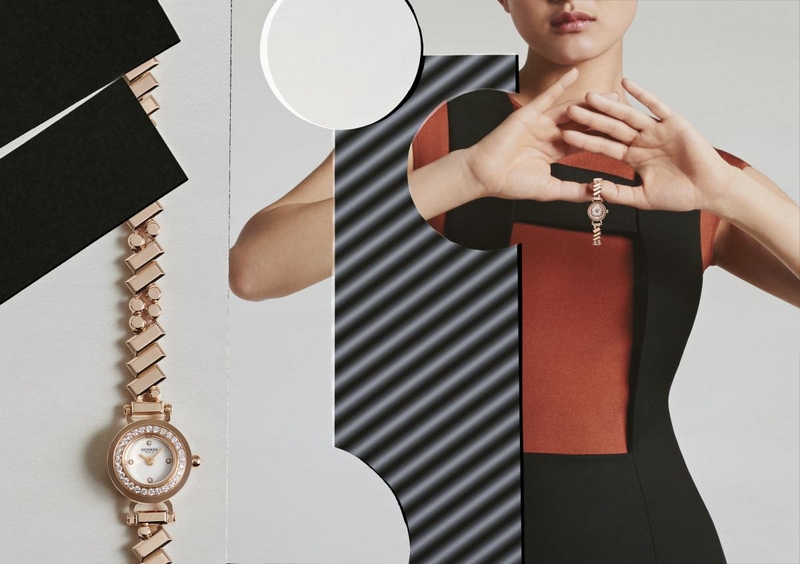 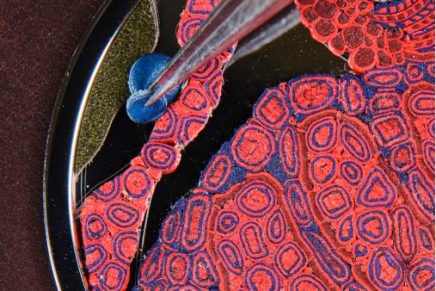 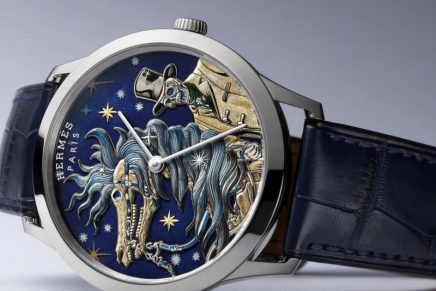 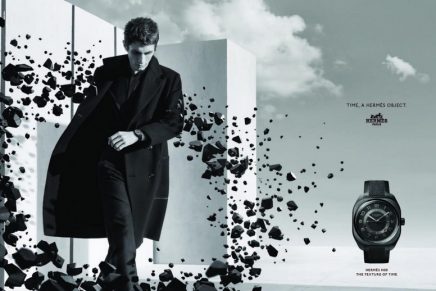 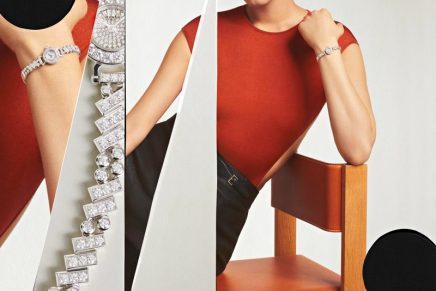 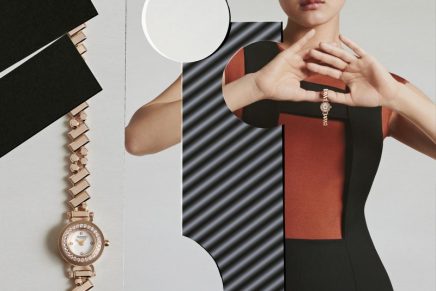 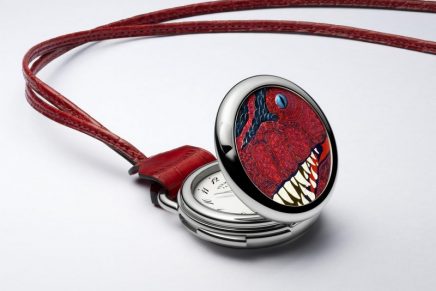 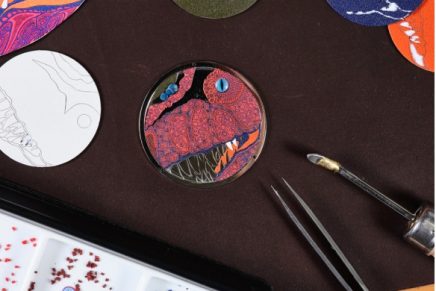