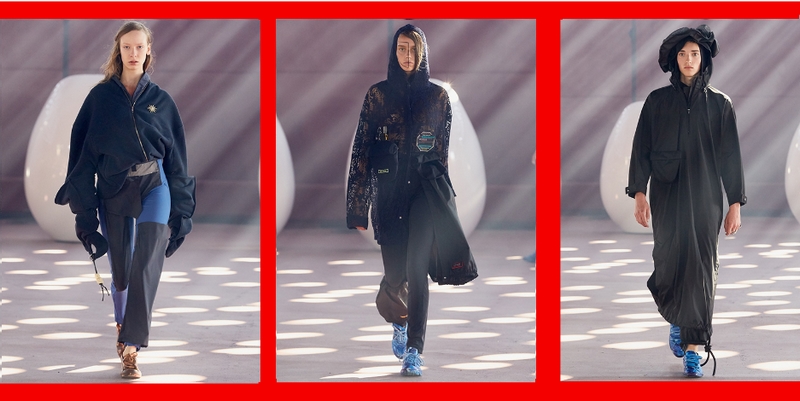 This article titled “Helsinki fashion week to ban leather as vegan fabrics catch on” was written by Scarlett Conlon, for The Guardian on Friday 17th August 2018 13.34 UTC

Fashion has been somewhat slow to mastermind viable – and desirable – animal-free alternatives to materials such as leather and suede, but this week the resolve picked up momentum.

On Tuesday, Helsinki fashion week banned animal-based leather as of 2019. The decision was to take “an active stand against cruelty to animals and the damaging environmental impacts that the use of animal leather brings with it”, said its founder, Evelyn Mora. Later in the week, the Paris-based sustainable trainer brand Veja showed that consumers are willing to do the same, as it revealed its turnover for 2017 has increased by 60% year-on-year to €18m (£16m). Its vegan collection, introduced in December 2016, features materials such as B-mesh made from recycled bottles, synthetic suede, wild rubber and recycled jute and is a significant part of its offering.

Established in 2003, the French label – which also sells trainers made from real leather – has proved to be one of the most covetable brands in the last two years, buoyed by ethical credentials that the fashion industry is increasingly seeking out.

“Ultimately, brands still need to show great design and good quality, as well as sustainable credentials, so we’re very thoughtful about who we pick up. It’s a joy to come across Veja who have the whole package,” said Lisa Aitken, the retail fashion director at Net-a-Porter, which began stocking the label in January. The online retailer also stocks Budapest-based Nanushka, which was established by the London College of Fashion graduate Sandra Sandor in 2005 and introduced a £460 machine-washable quilted vegan leather jacket (£460) in its pre-autumn/winter 2018 collection.

According to Rachael Stott, the senior creative researcher at The Future Laboratory, who notes “a global boom in plant-based lifestyles”, Gen Z is “a key driving force” in the demand for vegan alternatives. “They are conscious shoppers who want to know where and how their products are made and are actively using social media to cultivate a new dialogue around sustainability issues. As a result, they are voting with their wallets and are buying goods aligned with their ethics.”

Several companies have made headway with vegan alternatives. Stott cites Pinatex, which has created a mass-market synthetic leather made from pineapple leaf fibres – a byproduct of the pineapple harvest – and Modern Meadows, which has developed bio-fabricated leather made from a genetically-engineered strain of yeast that produces animal collagen. She also notes that the material MycoWorks, which is grown from mycelium, the vegetative mushrooms tissue, “is not only sustainable, it can also be grown to almost any size and shape with a customised texture”.

The trend should, however, be pursued with caution, she says. “Fashion brands should be commended for taking steps towards a cruelty-free supply chain, but the elimination of all animal products, regardless of whether they are ethically sourced, sends out a confusing message … It can give rise to low-value synthetic alternatives such as plastic-based PVC or ‘pleather’, which harbours its own environmental and ethical issues.

“The manufacturing processes used to create these involve toxic chemicals and cause pollution in surrounding rivers and landfill sites. Currently there is no safe way to produce or dispose of PVC products, therefore consumers can be misled into thinking ‘vegan’ is entirely environmentally friendly.”

Until now, Stella McCartney, who has never used animal products in any of her collections, has been the most famous advocate of vegan materials in the fashion industry. Her bestselling vegan-leather Falabella bag, which currently retails for £720, has remained on the top 10 must-have fashion lists since its inception in 2010.

Other luxury brands, such as Barcelona-based M2Malletier, have also come up with alternatives to traditional materials. Its first vegan leather collection, which has just launched with prices starting at £475, aims to offer a “cruelty-free choice for the conscious shopper, as well as aiming to use sustainable leather-free manufacturing to curb deforestation and greenhouse gas emissions from farming cattle”, according to a spokesperson for the brand. NAK, which stands for No Animal Killed, has its shoes handmade in Italy by local artisans in a move to provide “opportunities for traditional craftsmanship to flourish in a new era of fashion design working with new materials”. They start at £200.

There are increasing high-quality options at lower price points too. Offers from the Montreal-based Matt & Nat, which recently started lining its vegan leather bags with material made out of 100% recycled bottles and bicycle tyre, start at around £70 for bags, £60 for shoes and £30 for small vegan leather goods. “Up to this point, the primary problem with sustainable leather alternatives has been scalability,” Stott said. “Viable concepts are developed in a lab, but mass-producing them at an accessible price point has proven difficult. As the technology becomes more mainstream, and prices drop, more brands will follow suit.”