Gulfstream introduces the G800, Gulfstream’s fastest longest-range aircraft yet, and the G400, the industry’s first new large-cabin aircraft in more than a decade. 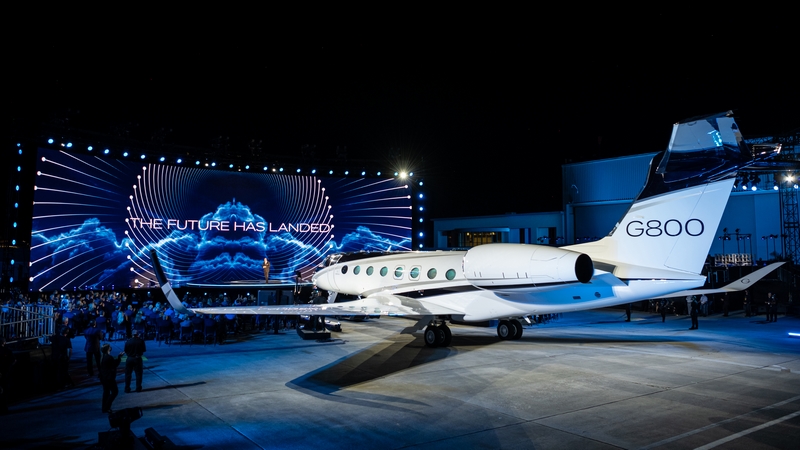 Gulfstream Aerospace Corp., a wholly owned subsidiary of General Dynamics, introduced two all-new aircraft, further expanding its ultramodern, high-technology family of aircrafts: the Gulfstream G800, the longest-range aircraft in Gulfstream history, and the Gulfstream G400, the first new entrant to the large-cabin class in more than a decade.

Gulfstream announced the new aircraft before a live audience at its Savannah headquarters along with a global virtual broadcast via its website, Facebook and YouTube. The exclusive event featured a virtual tour of the new G400 and a live reveal of the first G800, stunning attendees and viewers as it made its debut. 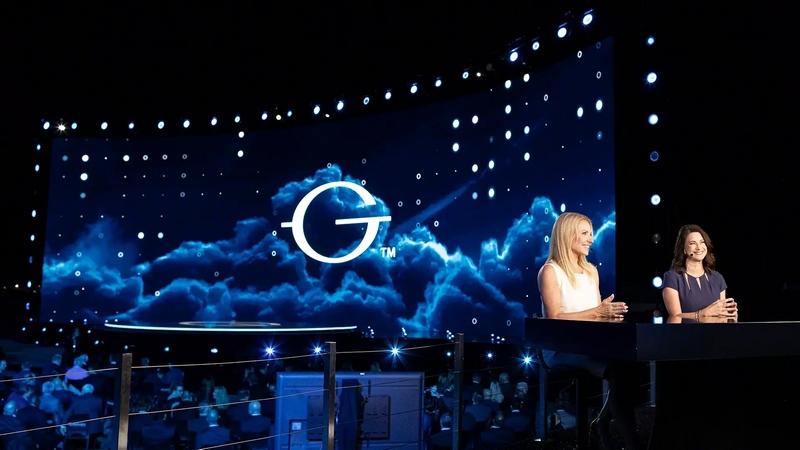 Both the G800 and G400 are equipped with the Gulfstream Symmetry Flight Deck featuring electronically linked active control sidesticks — an industry first — and the industry’s most extensive use of touch-screen technology with 10 touch-screen displays. 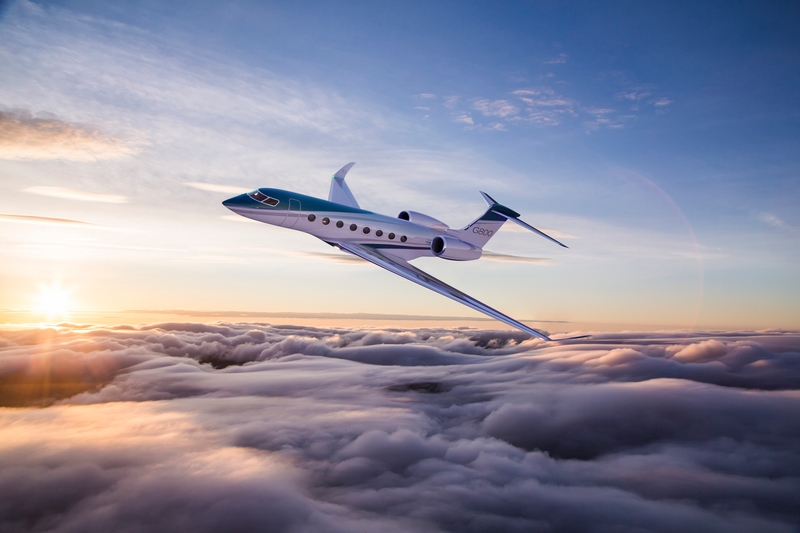 The G800 offers customers the longest range in the Gulfstream fleet with its 8,000-nautical-mile/14,816-kilometer range at Mach 0.85 and 7,000-nm/12,964-km range at Mach 0.90. Powered by high-thrust Rolls-Royce Pearl 700 engines and the Gulfstream-designed wing and winglet introduced on the Gulfstream G700, the G800 also features enhanced fuel-efficiency and more city-pair capabilities.

“We designed the ultralong-range G800 to extend our customers’ reach to more people and places around the world,” said Burns. “The G800 redefines what it means to go farther faster in a Gulfstream and offers even more time savings with its impressive range at high speed.” 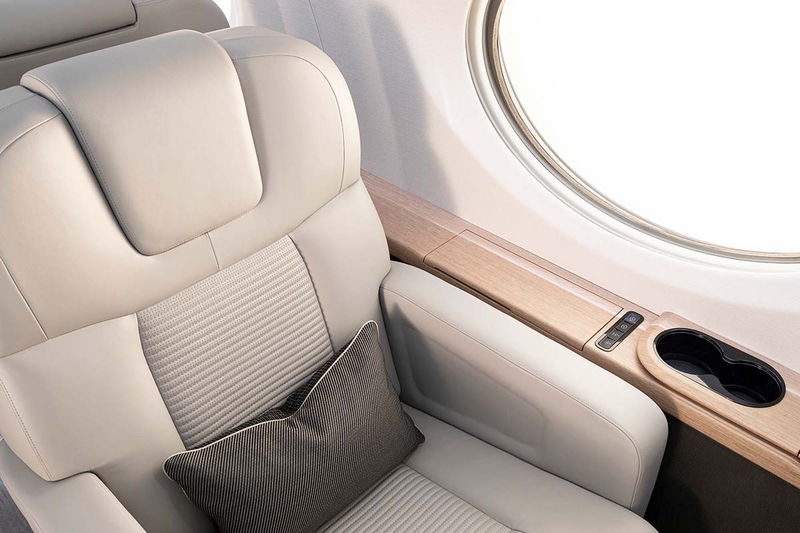 The all-new G400 offers a combination of long-range, high-speed performance; cabin comfort; and environmental efficiency unrivaled in its class.

The G400 ramps up environmental performance by reducing fuel consumption, emissions and noise through its use of Gulfstream’s aerodynamic clean-wing design and advanced Pratt & Whitney PW812GA engines. The aircraft will fly 4,200 nm/7,778 km at its long-range cruise speed of Mach 0.85. Three floorplans are offered, with options for seating up to nine, 11 or 12 passengers, and the G400 provides the signature Gulfstream Cabin Experience and 10 Gulfstream panoramic oval windows.

“The G400 was conceived and designed with direct customer input. It features revolutionary reliability and safety features we pioneered with our award-winning Symmetry Flight Deck and the largest cabin in its class, making it an outstanding addition to our next-generation fleet,” said Burns. “The aircraft re-envisions this market segment with its maximum operational flexibility and enhanced cabin comfort.”

Last month, Gulfstream Aerospace has expanded the customer showroom located at its Savannah-based worldwide headquarters to include the all-new Gulfstream G400. The innovative G400 experience features a full-size mock-up of the aircraft, immersive multimedia content and an interior design display. 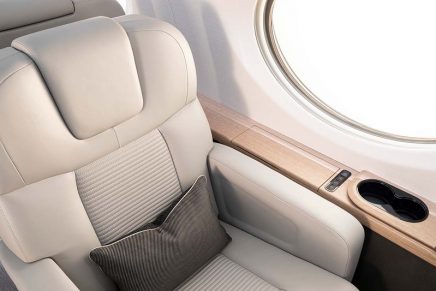 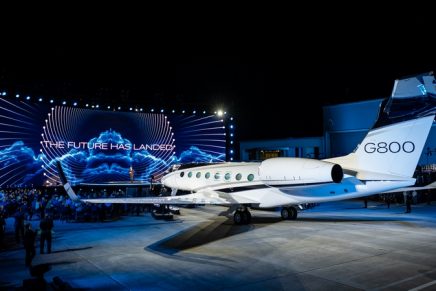 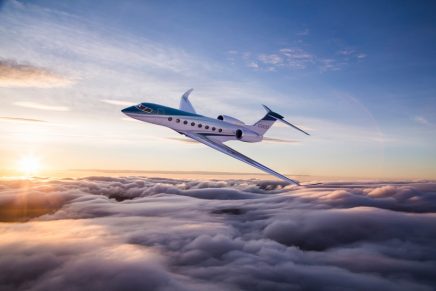 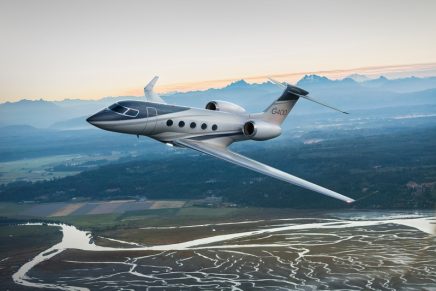 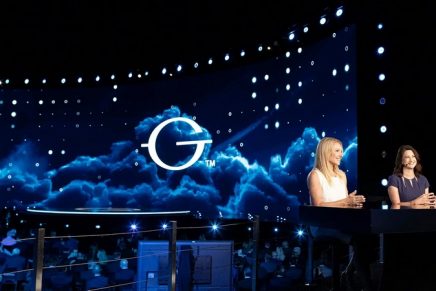