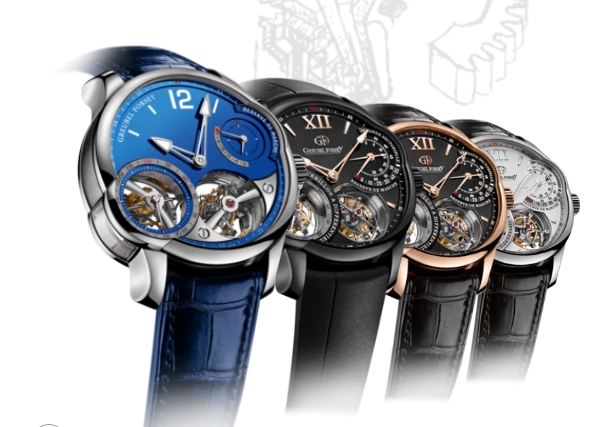 Robert Greubel and Stephen Forsey have engineered the four Tourbillons together in a contemporary design, in which elegance and harmony are the dominant features.

In the same spirit, and owing to the impressive number of parts that make up the watchmaking movement, an asymmetrically-shaped case was chosen. The asymmetrical form was also an aesthetic tribute to the asynchronicity of the four Tourbillons. To complement the homogeneous ensemble, the displays of the small second and the power reserve dials are semi-circular. 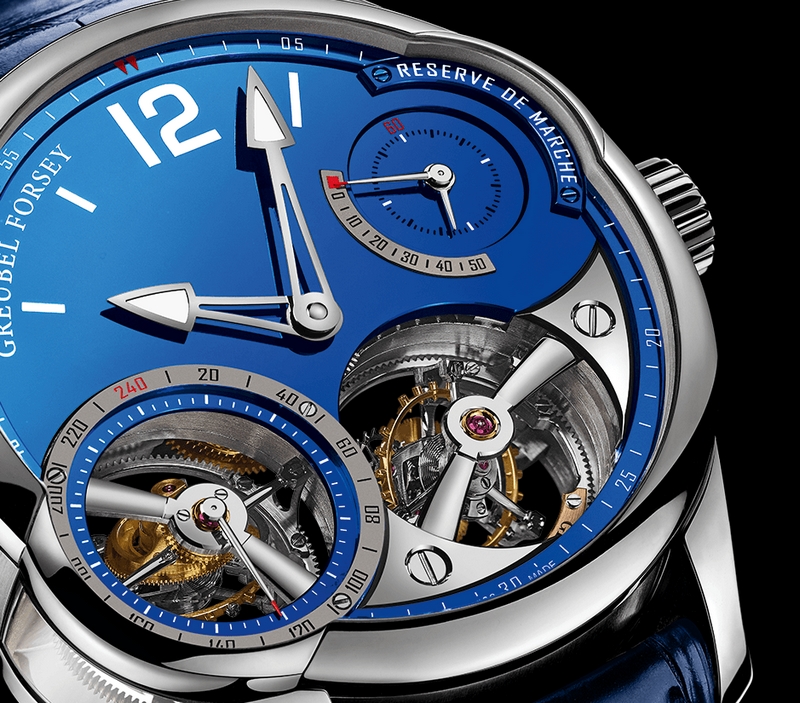 With their second Fundamental Invention, Robert Greubel and Stephen Forsey have not only achieved a genuine technical feat, but also an authentic aesthetic tour de force. The tourbillon bridges breathe new life into the dial, while the reading of the hours, minutes, sectored seconds indicator and power reserve is perfectly intuitive.

Each of the four tourbillons connected to a spherical differential contributes independently to obtain a precise and reliable timing rate especially in stable positions. The spherical differential transmits the average timing rate of the four tourbillons, thus improving the chronometric performance of all the regulating organs. 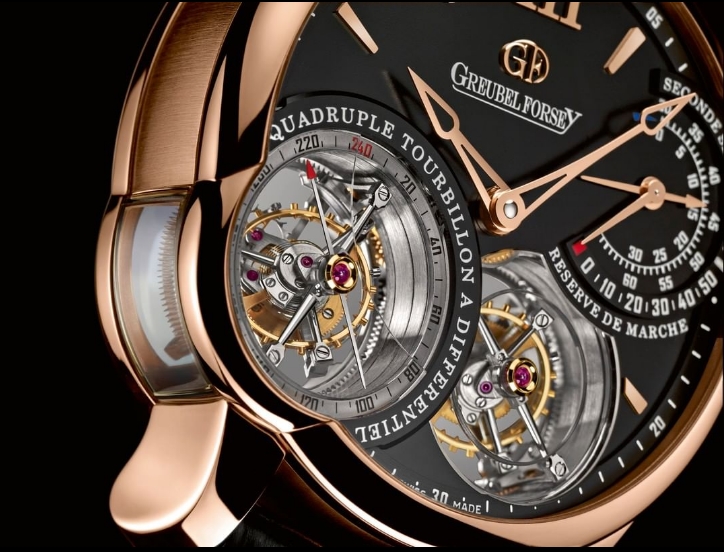 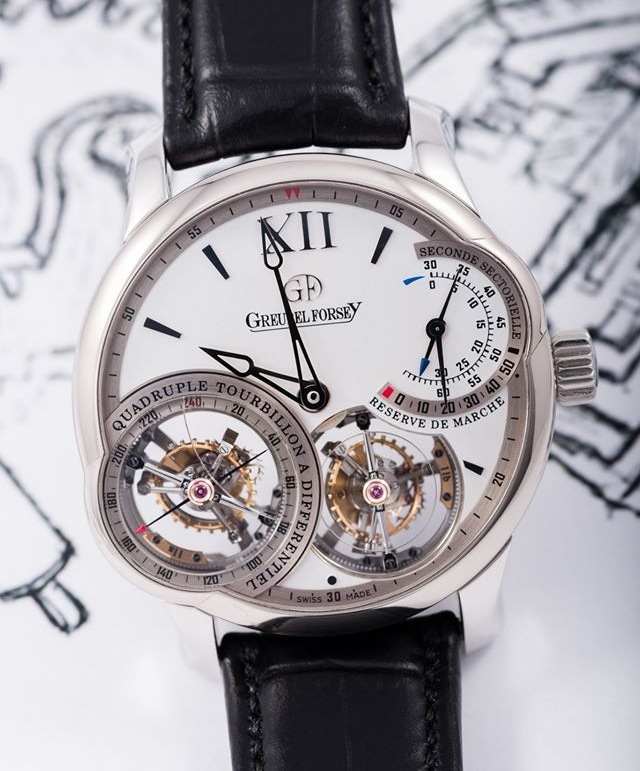 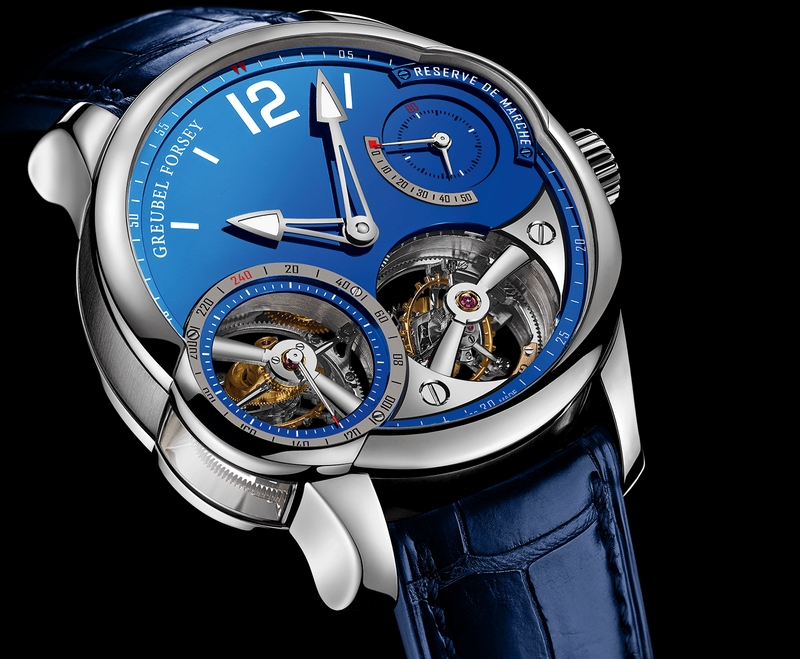 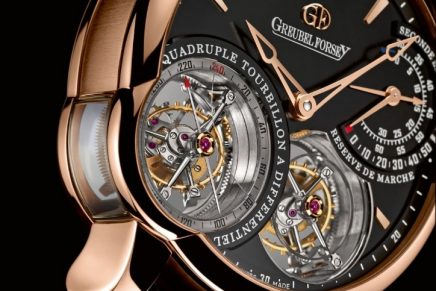 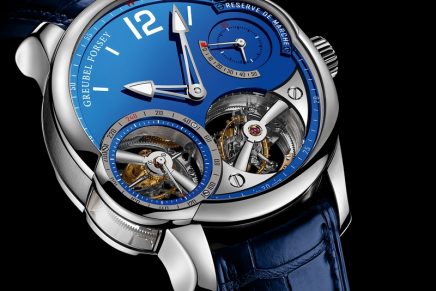 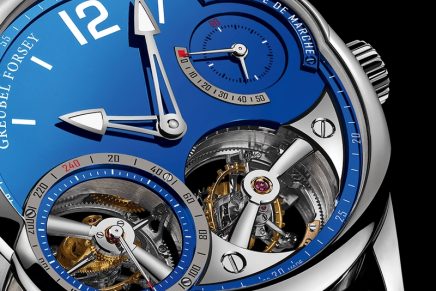 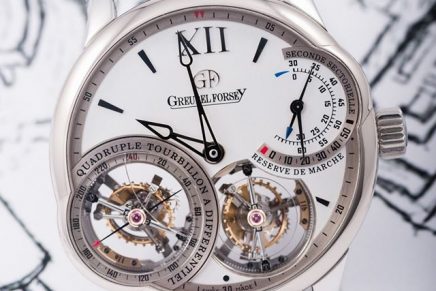 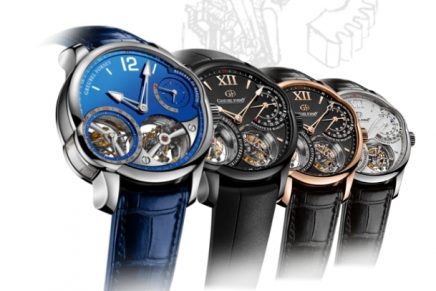