First watch to bear the name Pharrell Williams, the RM 52-05 is a watchmaking masterpiece conjuring the visions, fantasies, and
other imaginary projections of this multitalented artist. 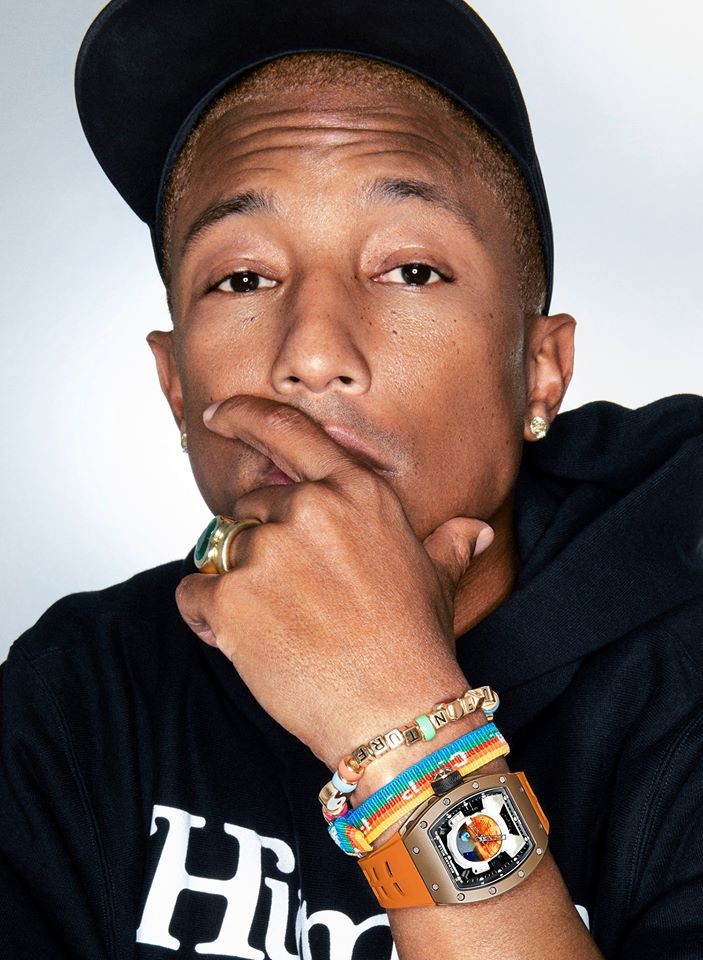 Mankind has looked at Space from the Earth for time immemorial. But with the RM 52-05 Tourbillon Pharrell Williams, the Earth is observed from Mars, a viewpoint expressing one of Pharrell Williams’ dreams. One almost fulfilled in this new model, interpreted by the Creative Development team at Richard Mille: an engraver, an enameller and a painter who, working together, have brought into being an extraordinary piece of contemporary, unconventional watchmaking.

“A truly artistic project, the development of the RM 52-05 is special for the way it hinges on interpreting an idea, a symbol and a desire. This last has taken the form of a tourbillon whose originality lies in its astonishingly multidisciplinary techniques,” commented Richard Mille manufacture.

Maybe the word that best sums up Pharrell Williams is ‘universal’ —in every sense of the term. A deep-link to the cosmos is something he felt very early on. No surprise, then, that Pharrell grew up a major fan of Star Trek, as anyone will know who has seen him use a Vulcan salute when conveying the name of his label, Star Trak. He has never made any secret of his fascination for the cosmos, or of the deep sense of spirituality, he derives from it, of the wholeness at the centre of things. 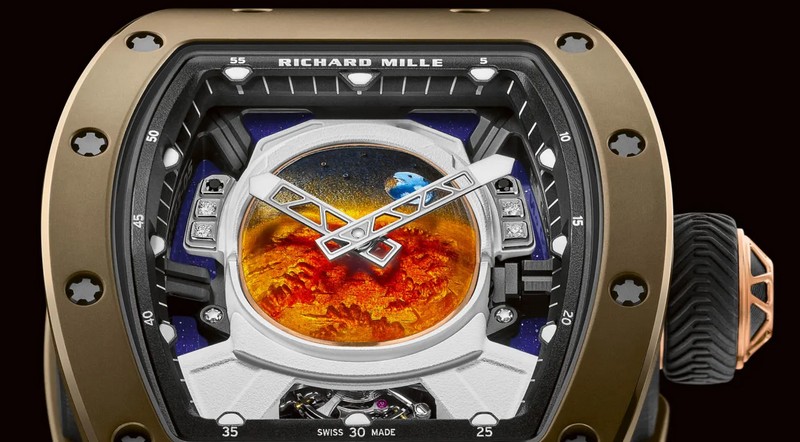 “‘Watches are 100% an art form: you’re mimicking time. They keep time but ‘two weeks ago’ is gone, you can’t show me where it is. So is ‘two weeks from now’, you can’t show me that either. What Richard does is build something that lets you take the metric of what time looks like. That’s a wizard-level art form. I’m a producer, I know how to stand next to the guy, even in this instant: Richard is the guy. I know baselines and chords and harmonies. That’s it. I’m harmonising with him,'” commented Pharrell Williams.

Grade 5 titanium is a biocompatible, highly corrosion-resistant and remarkably rigid alloy that enables the gear train to function effortlessly. The alloy is 90% titanium, 6% aluminium and 4% vanadium. This combination further enhances the material’s mechanical properties, which explains its frequent use in the aerospace, aeronautics and automobile industries.

The baseplate of the movement features large inserts in dazzling blue aventurine glass that evoke outer space. Also known as ‘goldstone’, this glass glitters due to its triangular and hexagonal copper crystal inclusions. Incorporated into the heart of the RM52-05 calibre, it represents the confines of the universe and all its stars.

To recreate the imaginary Martian scene, the curved 5N gold visor has been engraved using specially created burins, grand-feu-enamelled and then hand-painted. The engraving alone requires 15 hours per piece, followed by an entire day of grand feu enamelling. Pierre-Alain Lozeron had to apply all his patience, skill and dexterity to bring these creations to life. 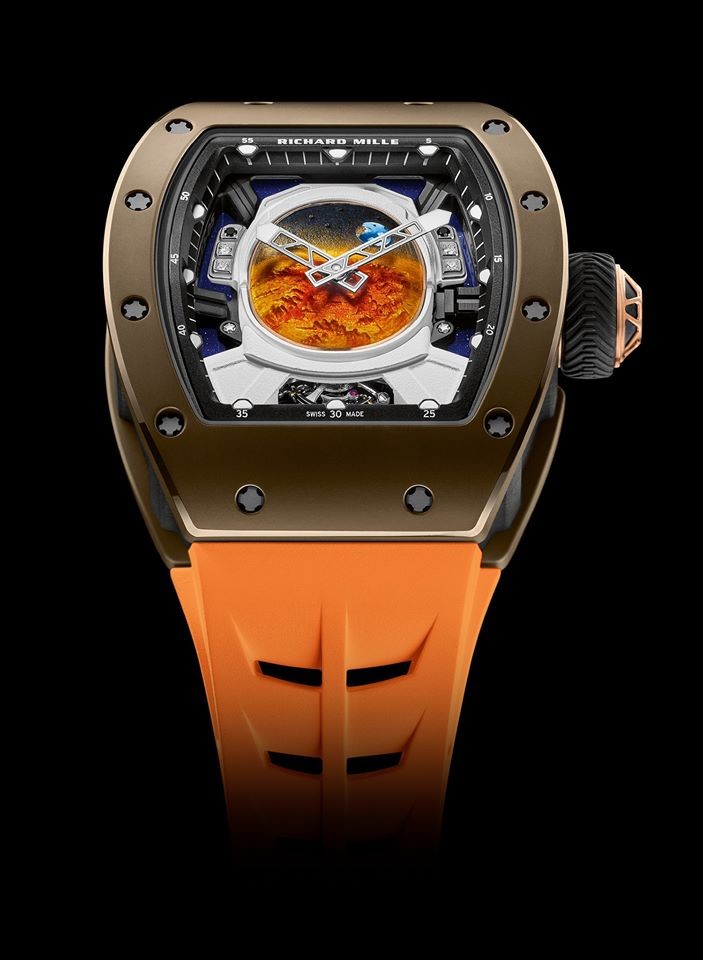 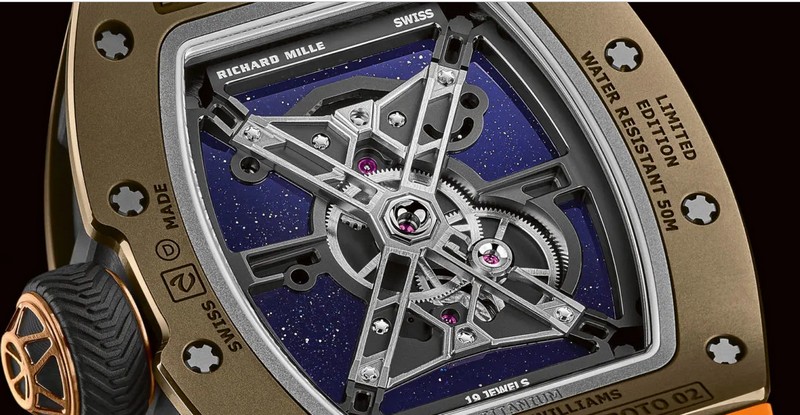 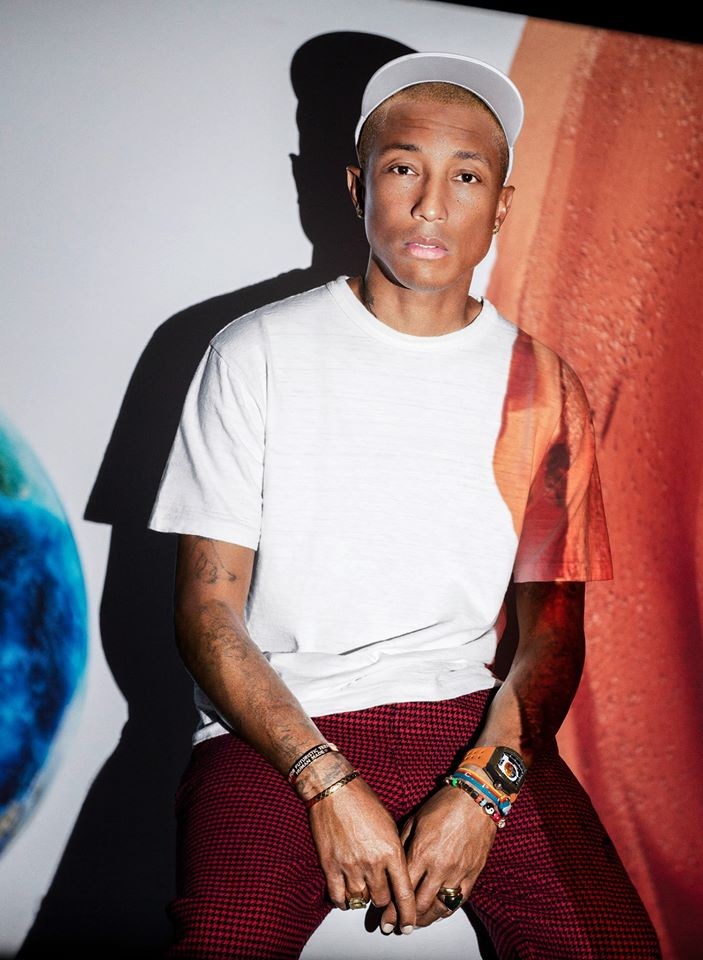 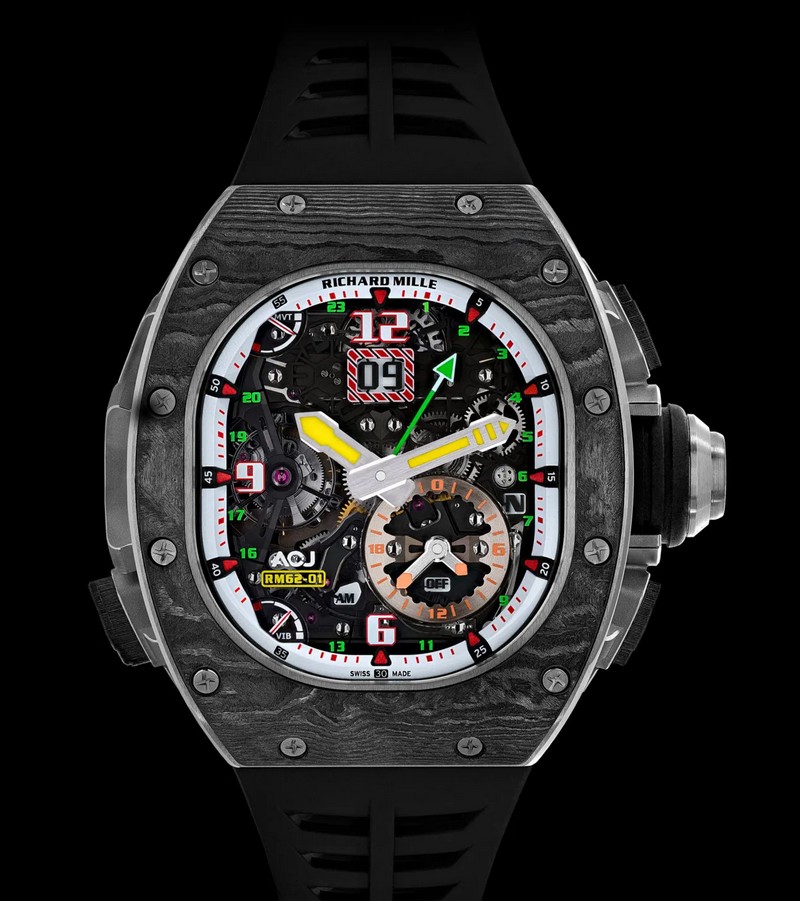 Richard Mille and Airbus Corporate Jets (ACJ) launch a new travel-watch, inspired by and adapted to, exclusive journeys on an Airbus Corporate Jets. A watch featuring an all new grand complication, an incomparable timepiece for travellers, and a companion suited to daily wear and use, the RM 62-01 Tourbillon Vibrating Alarm ACJ exemplifies the entire Richard Mille philosophy: taking functionality and performance to new limits. From its complexity, to its complications, to its ergonomics, this piece constitutes a total work of haute horlogerie.

The Singapore Formula 1 Grand Prix is the perfect occasion for Richard Mille to present the RM 50-04 Tourbillon Split-Seconds Chronograph Kimi Räikkönen alongside its partner. The piece pays homage to both this great driver and his team: Alfa Romeo Racing Team, the legendary manufacturer inseparable from car racing. 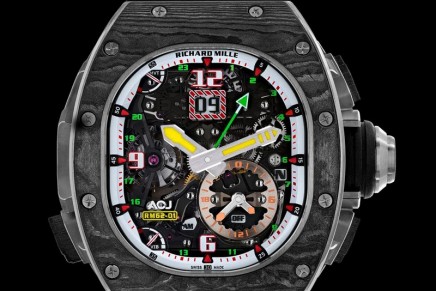 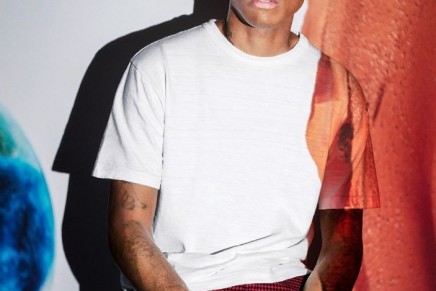 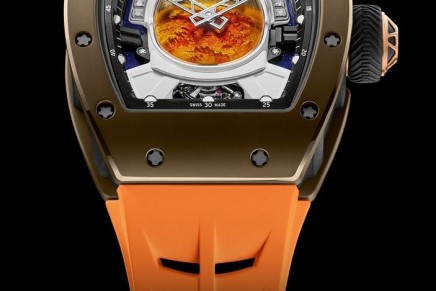 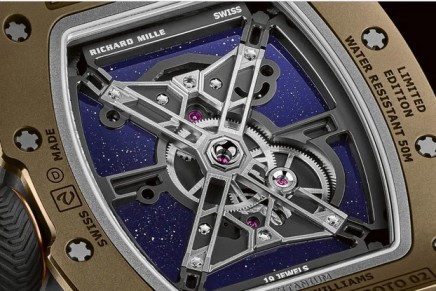 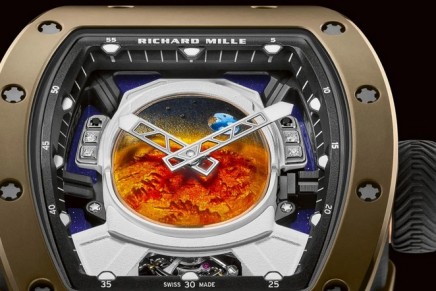 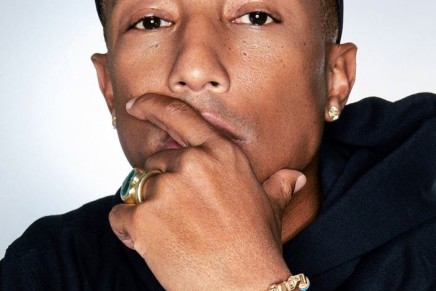