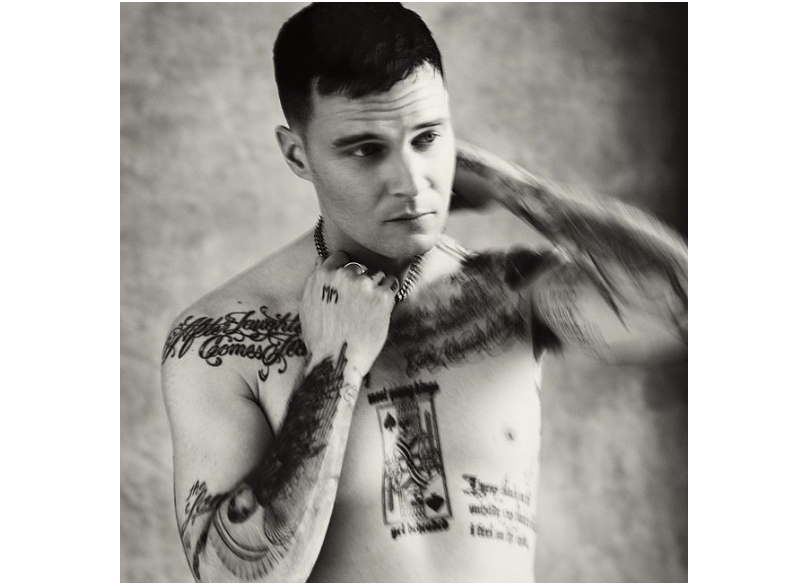 Givenchy has confirmed that Matthew M. Williams, the designer behind the cult label 1017 ALYX 9SM – known simply as Alyx – will be the Parisian house’s new Creative Director, across men’s and womenswear. The announcement follows the exit of British designer Clare Waight Keller in April, after three years in the role, and highlights such as designing Meghan Markle’s wedding dress in 2018.

Williams, a 34-year-old American, announced his new role in a way that suits his generation – with a voice note on Givenchy’s Instagram account. “It’s been my life-long dream to be in this position, and it’s really surreal that it’s finally here,” he said. Sidney Toledo, the CEO of Givenchy’s parent company LVMH, commented in the more traditional method of a press release. “I believe his singular vision of modernity will be a great opportunity for Givenchy to write its new chapter with strength and success,” he said.

Williams, who is white, also addressed – although not directly – the protests around racial inequality across industries in recent weeks. He said his success was “bittersweet because we’re living in unprecedented times in the world, and I just hope in some way I can bring hope and with my community and colleagues create positive change for our industry and for the world, and I would like to use this platform to do so.” In 2020, those at the top of fashion brands remain overwhelmingly white. Virgil Abloh, Williams’ friend and the designer of Off-White and Louis Vuitton menswear since 2018, is a notable exception. Abloh has been criticised for his response to the protests in recent weeks.

The choice of Williams is a departure from Waight Keller’s point of view. The designer, who likely appeared on Toledo’s radar when he was a finalist in the 2017 LVMH Prize, is associated with a so-called ‘streetwear’ aesthetic, one which typically takes inspiration from hip-hop culture and functional design. Rather than the romance and smartness that Waight Keller offered, Williams’ appointment refers back to the work of Riccardo Tisci, the ex-Artistic Director of Givenchy, who is now at Burberry. Tisci, over his 12-year tenure at Givenchy, brought ‘streetwear’ staples like hoodies and trainers to the catwalk.

Williams is a self-taught designer, and worked with musicians including Lady Gaga and Kanye West before founding Alyx in 2015. The look of his label is so functional that practical elements are almost fetishised – his trademark is the so-called ‘rollercoaster buckle’, which recalls those used on rollercoasters at amusement parks, and he regularly includes details from pursuits like motorcycling and hiking.

‘Streetwear’ as a term has recently been questioned as a way to euphemistically refer to fashion that has its roots in, or is influenced by, the black community, in the same way that ‘urban’ has been in music. In broad terms, it is often ring fenced as hoodies, T-shirts, trainers and trackpants, rather than, say, gowns and suits. There is no doubt, however, that this aesthetic sells. In a report in 2019, Price Waterhouse Cooper estimated the market to be worth close to £145b in sales and this appointment could be seen as Givenchy investing in future consumers. The Business of Fashion, in their announcement, argued that it will “particularly excite Millennial and Gen-Z shoppers, who are projected to represent at least half of luxury shoppers by 2025”. They also revealed that, under Waight Keller, “customers were cool on the offering except for the more streetwear-leaning men’s collections”.

While Williams is reluctant to be tagged streetwear – he called it “a very loaded term” in November – he is at the heart of the community that has made this aesthetic. As well as West and Gaga, he has collaborated with Virgil Abloh and Heron Preston, as a co-founder of the Been Trill collective back in 2012. Alyx, which is based in Italy, is backed by the Italian sportswear distributor Luca Benini. It has quickly become a favourite of celebrities including A$AP Rocky, Bella Hadid and Skepta, who attended the Alyx show in January. The label is also name checked in Drake’s ‘Tootsie Slide’, released in April this year.

Joining a fashion house in the midst of a pandemic will likely impact on the usual big reveal of Williams’ first collection in October. It is unlikely that he will be able to produce a catwalk show for Givenchy with digital more realistically the first home of his Givenchy designs. Williams will continue to produce collections for Alyx alongside his new role.