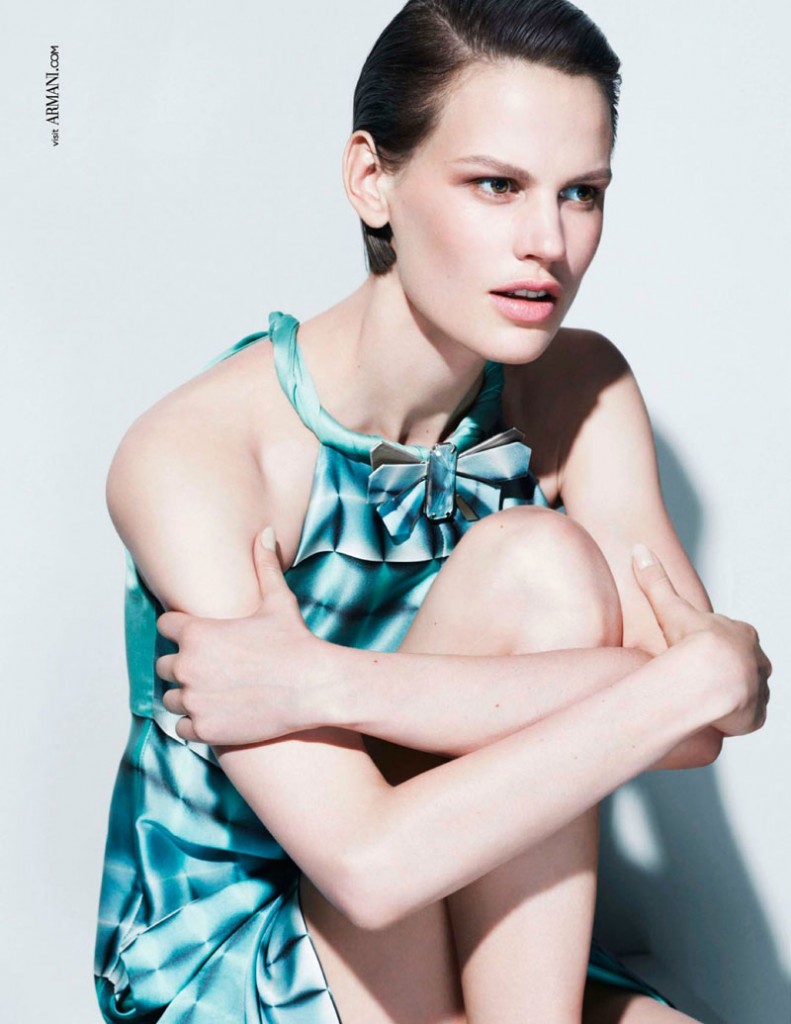 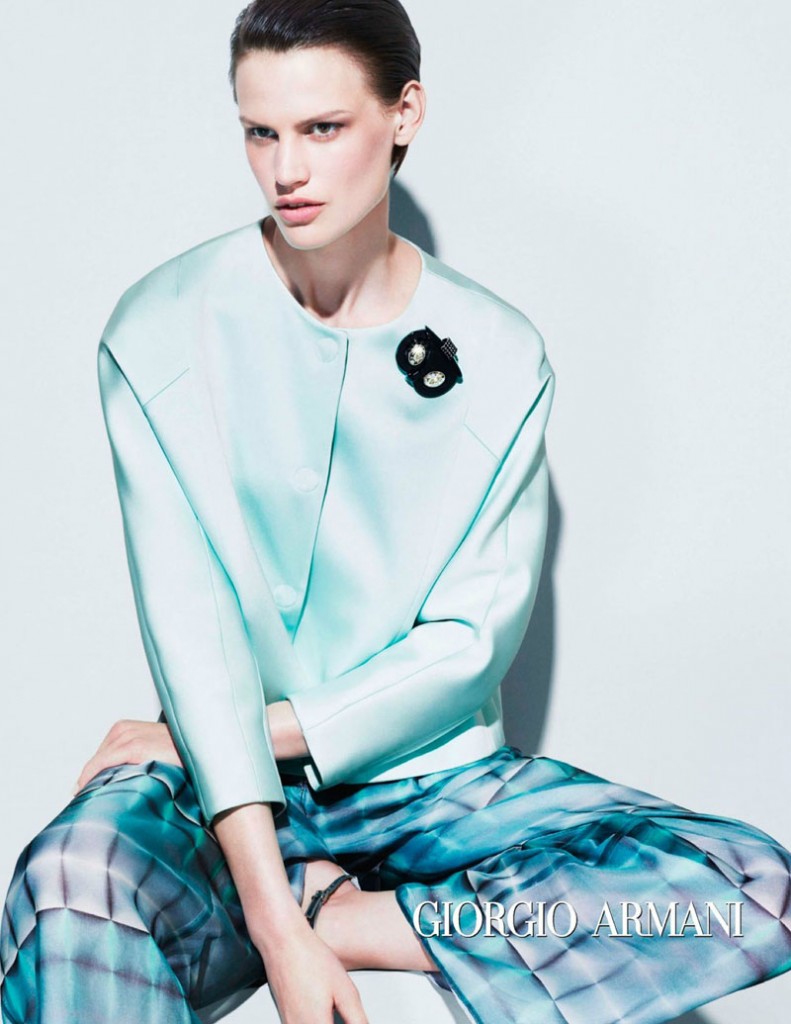 Dutch model and artist Saskia de Brauw (born 19 April 1981), one of the most in-demand models of the time, is accompanied by male model Roch Barbot in the new 2013 Giorgio Armani Spring Summer campaign shot by duo Mert Alas & Marcus Piggott. De Brauw and the photography duo already have a monopoly among elite fashion houses. Saskia is starring in the Saint Laurent Paris men’s campaig, Fendi S/S 2013 Campaign by Karl Lagerfeld, the Armani and Prada women’s campaigns.

The advertising campaign was created to respect the signature Giorgio Armani aesthetic and to show a natural harmony beteen the model and Giorgio Armani’s clothes.

Saskia de Brauw has quickly emerged from the scores of new faces, establishing herself as one of the girls of the moment; featuring on two Vogue covers in the same month. Photographed by Mert and Marcus for Carine Roitfeld‘s final cover of Vogue Paris – March 2011, and the same month featuring on the cover of Vogue Italia as photographed by Steven Meisel.De Brauw featured alongside Mariacarla Boscono and Daphne Groeneveld in the Spring/Summer 2011 Givenchy campaign, in the Winter 2011-2012 Versace ad, and she featured in MaxMara and Chanel Spring Summer 2012 campaign. 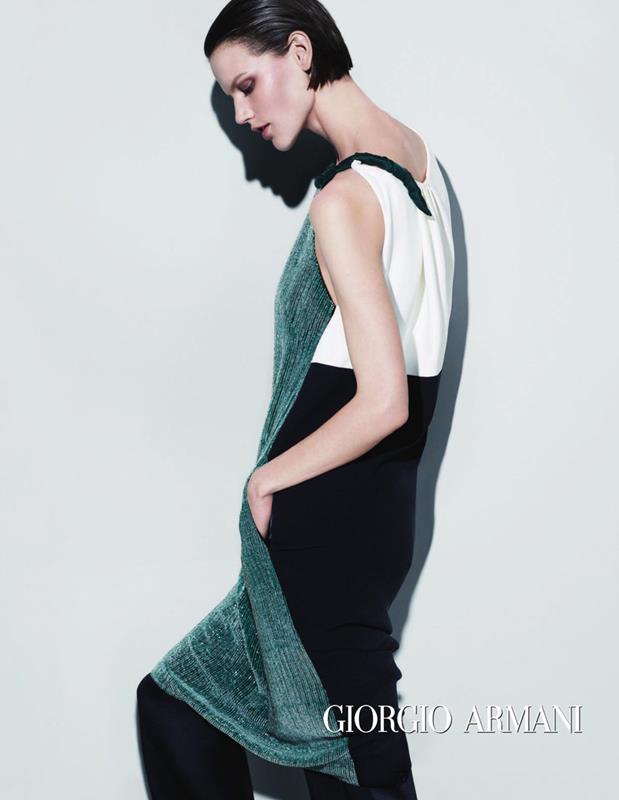 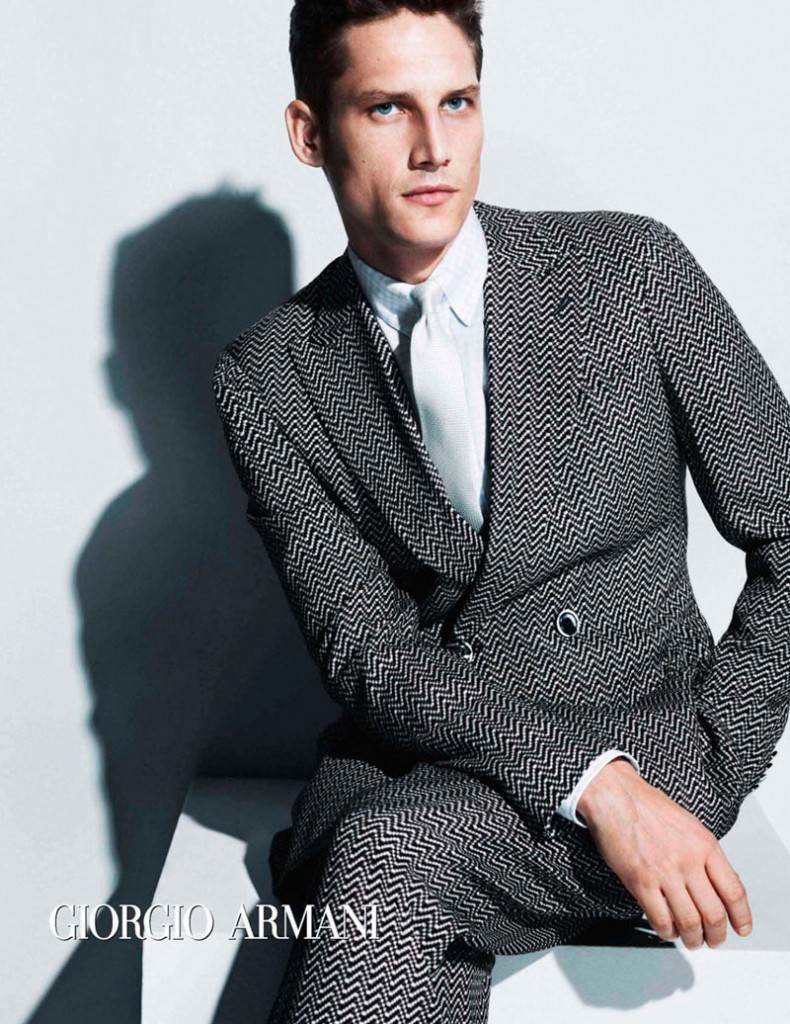 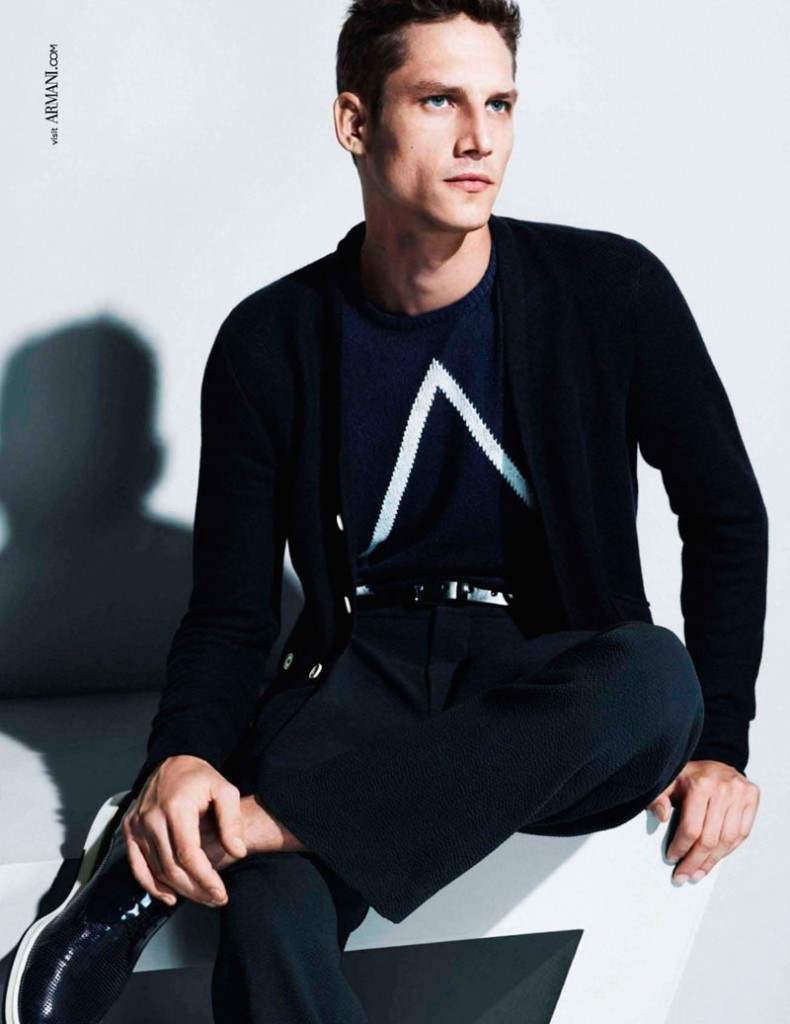 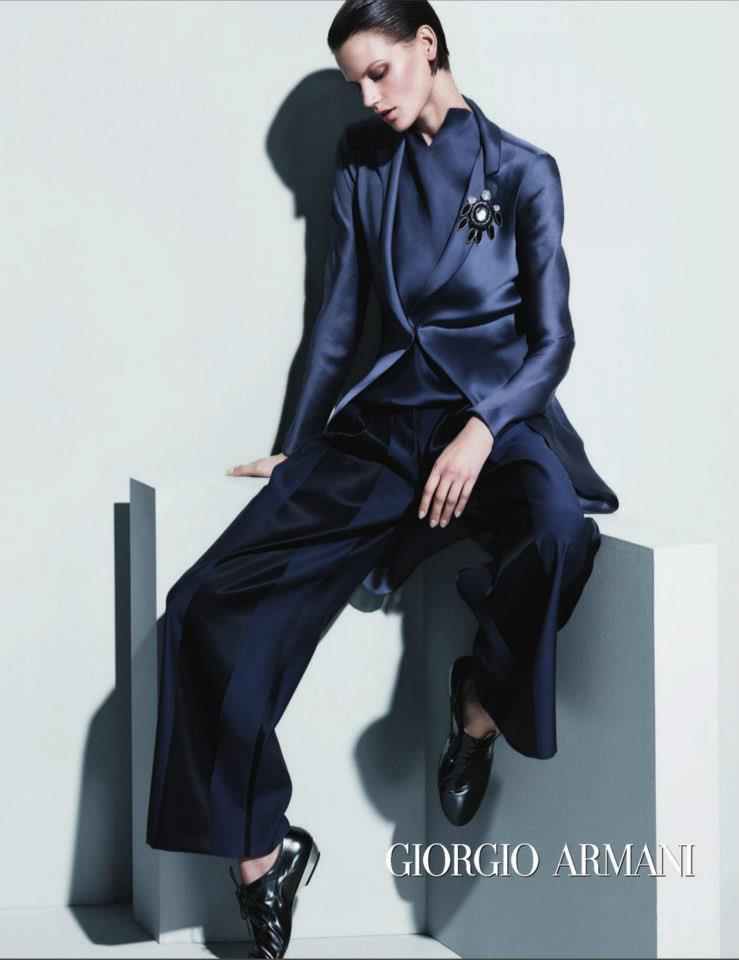 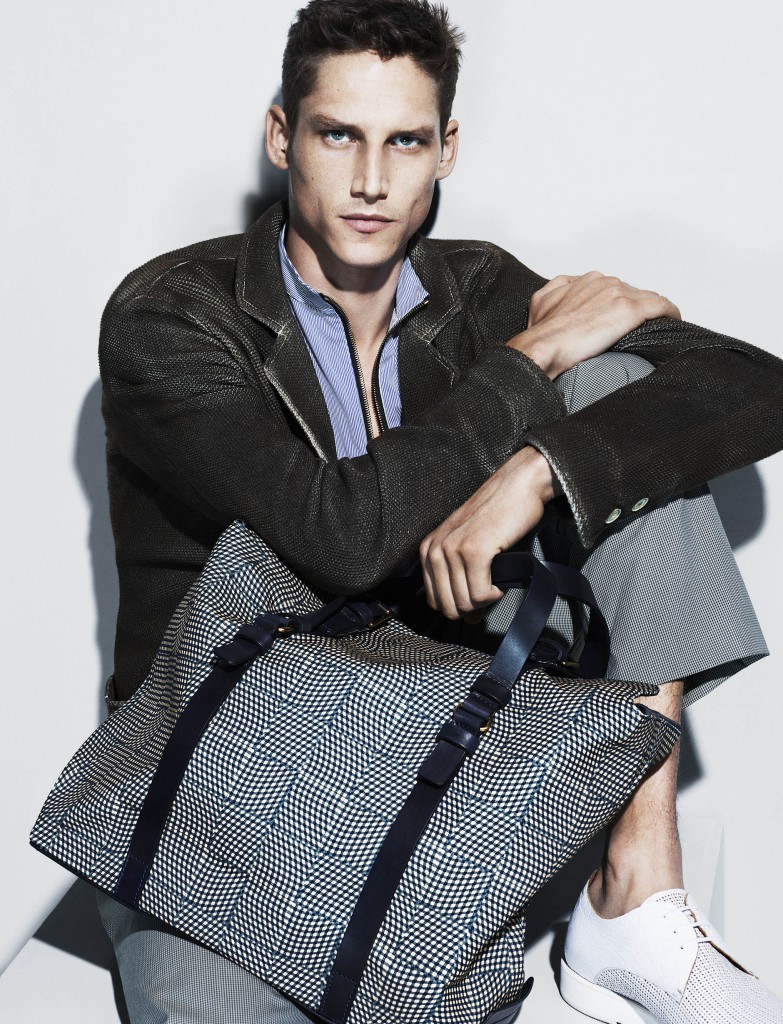 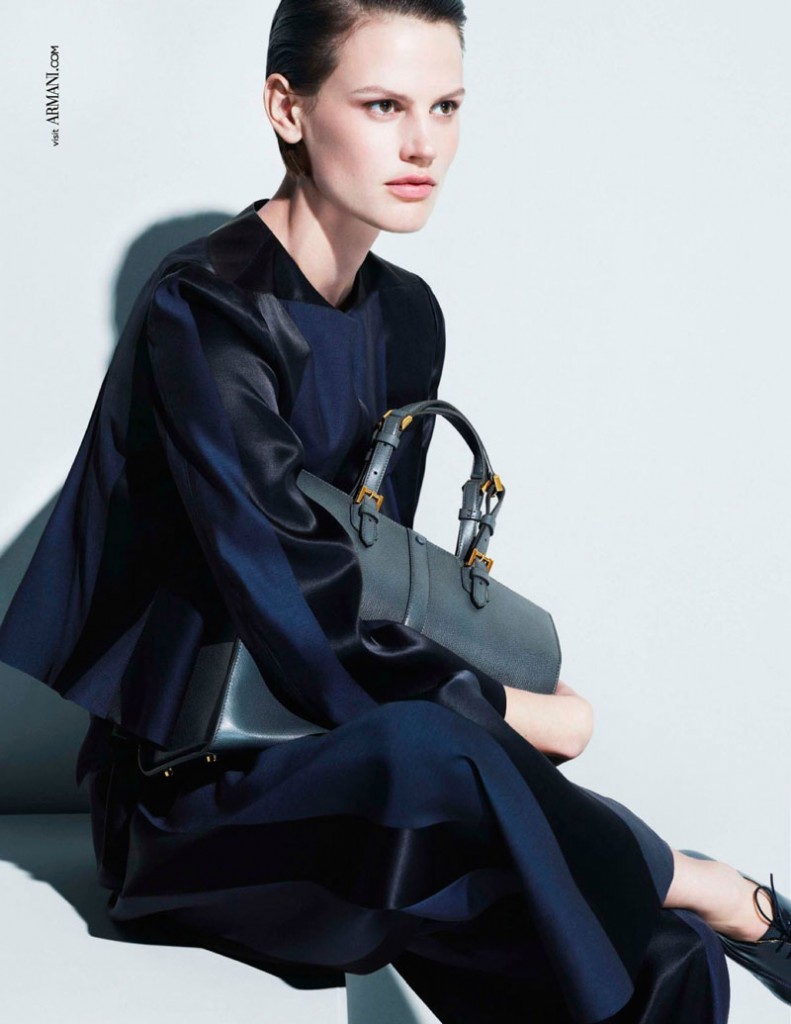