Ahead of an official unveiling at the Geneva International Motorshow, Ginetta Cars, the British specialist builder of racing and sports cars based in Garforth, Leeds, West Yorkshire,supercar revealed details, imagery and video of its new creation. Given the low volume of production, Ginetta weren’t compromised by having to utilise an existing chassis or drivetrain, allowing the engineers to optimise every aspect of the car. 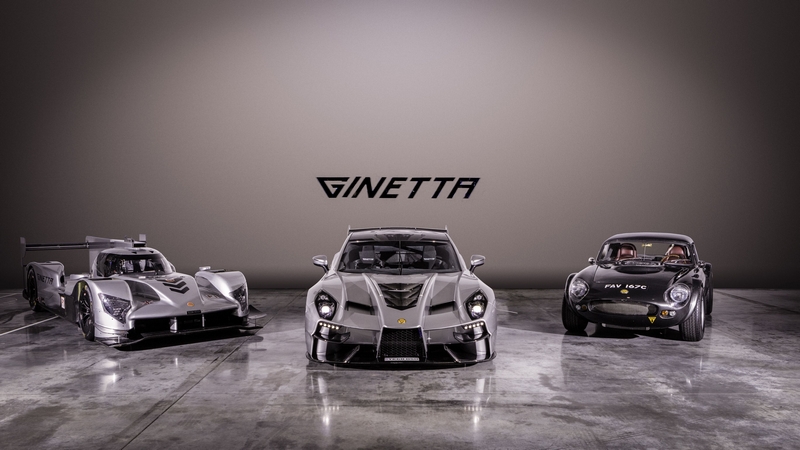 Combining the precision engineering expertise gained from manufacturing race cars for a range of global race series with the company’s heritage in high-power, low-weight road cars, the new supercar is a driver-orientated yet usable package.

According to Ginetta Chairman Lawrence Tomlinson, his team created a true mid-mid engine design with an all carbon monocoque, LMP-derived aerodynamics and an in-house designed powertrain resulting in a driver-orientated package for the road.” The optimised design with mid-mid layout required a bespoke drivetrain which was developed entirely in-house specifically for the supercar.

“I have felt for a long time there was a gap in the market at around the £400k price point for a genuinely low production number supercar, with proper craftsmanship and true race derived know-how and technology,. added Tomlinson. “Production will be limited to just 20 units in the first production year of 2020, with 60% of this allocation already sold before the car has been revealed.”

“Our customers will get the opportunity to take to the race track in race cars built alongside their car and shake the hands of the engineers that built them. Our customers become part of the family and we believe that really sets Ginetta and the car apart in the supercar world.” 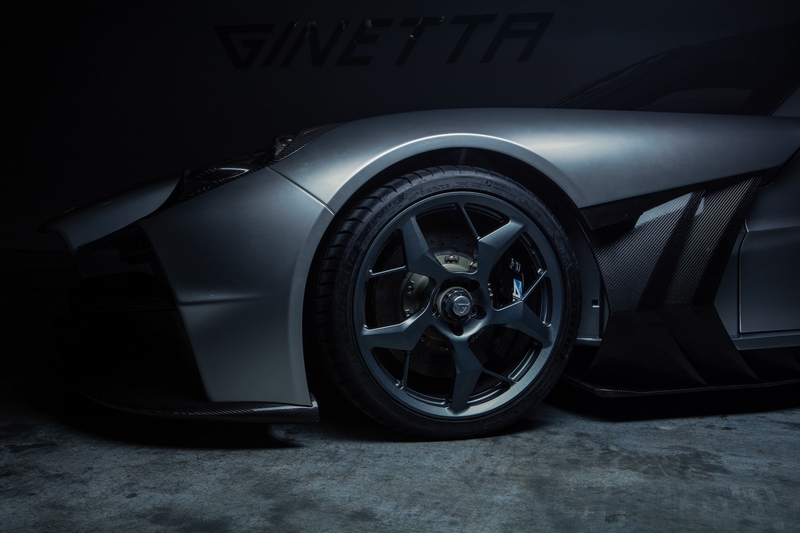 Key to the car’s performance was not just the engine position but the design of the unit itself.

A dry-sumped 6-litre 90-degree V8, constructed from a single aluminium billet block with forged inners, the unit is manufactured in-house by Ginetta’s engineers and even features Ginetta’s own design of throttle bodies. Power is over 600bhp, with torque figures of 700Nm, resulting in a Power to Weight ratio of 545bhp per tonne. Being naturally aspirated engine response is immediate and balancing the car on the throttle requires no electronic aids.

The supercar utilises a full carbon fibre monocoque chassis clothed in carbon fibre body panels. The design language echoes that of Ginetta LMP1 cars and this influence not only creates a distinctive aesthetic but truly exceptional aerodynamic performance above traditional supercars.

A rear wing with the same aerofoil shape as the latest Ginetta LMP1 racer, underbody diffuser, efficient body ducting and slash-cut side-exit exhausts work together to create incredibly smooth airflow, with downforce at 100mph totaling 376kg – just 5% less than Ginetta’s LMP3 car. As with all top-level race cars, this has all been achieved without the use of active aerodynamics. 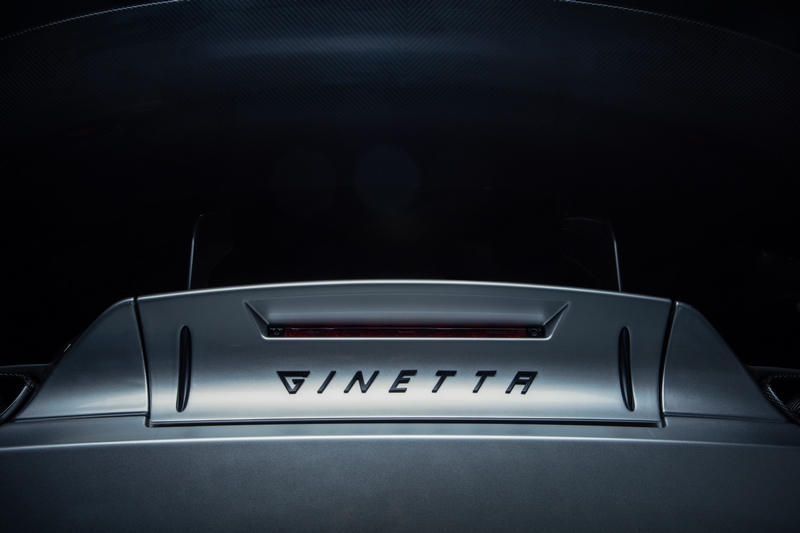 Ginetta have partnered with another industry leading British manufacturer to create a bespoke gearbox for the new car – a six-speed sequential paddle-shift unit with carbon propshaft. This unit not only delivers lightning fast changes but provides a soundtrack akin to the supercar’s racing siblings.

Wheels are Ginetta designed and manufactured units, 19 inches in the front and 20 inches in the rear. These are made specifically for the new supercar and use Ginetta’s own centre locks as used on race tracks around the world. Behind these sit carbon ceramic brakes. 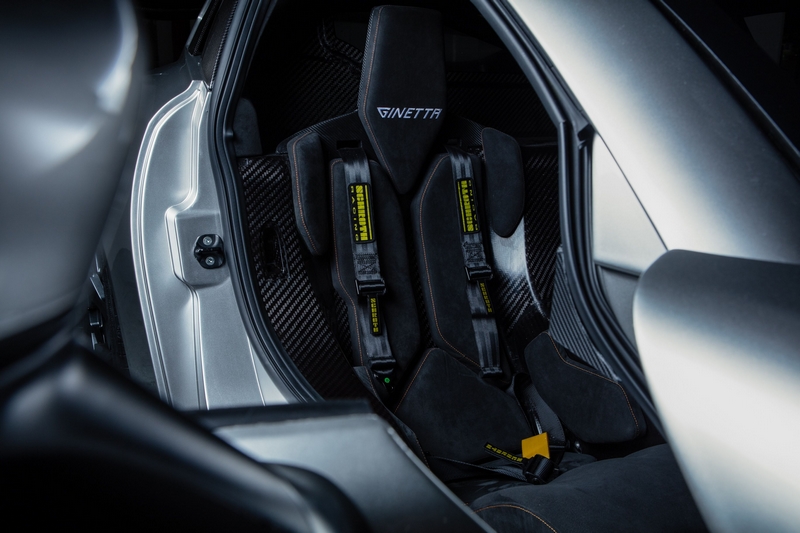 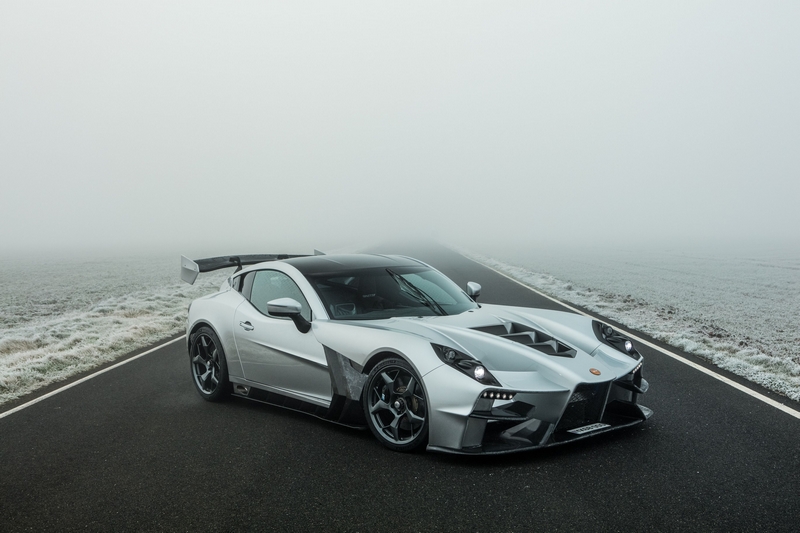 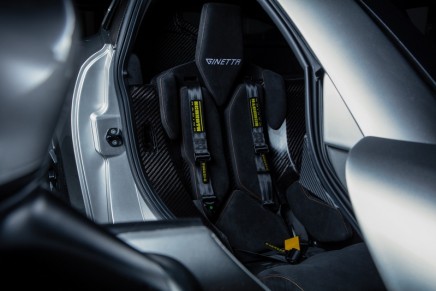 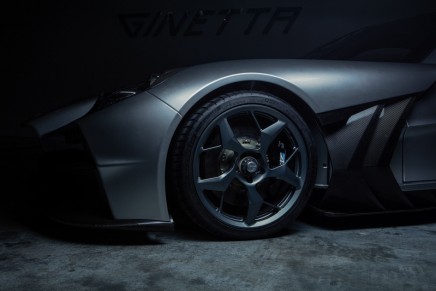 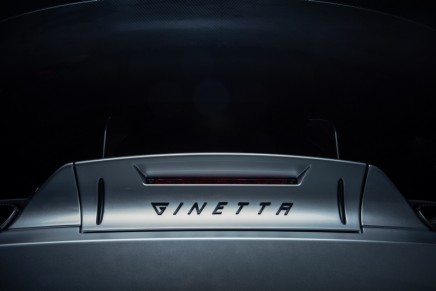 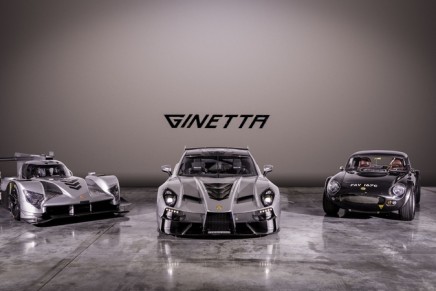 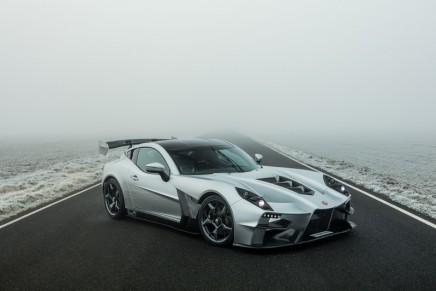