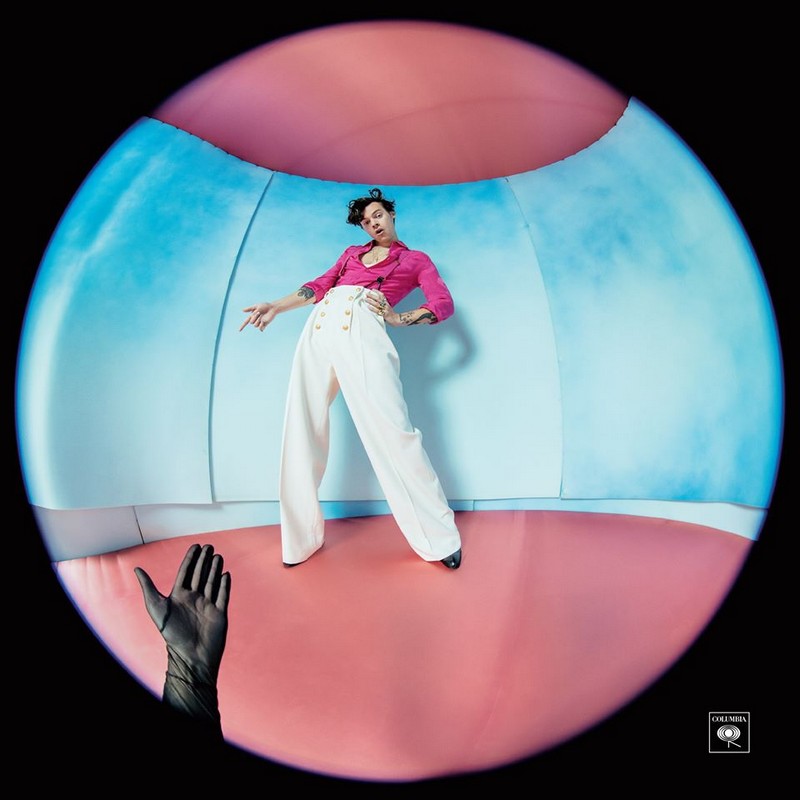 This article titled “The future is fluid as labels sign up for gender-free fashion” was written by Priya Elan, for The Observer on Saturday 16th November 2019 14.35 UTC

When two of the biggest pop stars on the planet sign up to a fashion movement, you know something must be afoot. On Wednesday, Rihanna posted a photo of herself to her 76.8 million followers on Instagram wearing a T-shirt by London-based fashion label Art School. Last month, Harry Styles put out his video for Lights Up in which he wears a blue silk moire suit designed by long-time collaborator Harris Reed.

Both Art School and Harris Reed identify themselves as non-binary labels. On Instagram, Art School defines itself as “a non-binary queer luxury label”, while Harris Reed is “fighting for the beauty of fluidity”. Despite there being a long history of LGBTQI designers working in fashion (McQueen and Lagerfeld among the most famous), they have notably been cis-identifying, white men. The label of “non-binary” in fashion is new (Collins recently announced it was adding “non-binary” to its dictionaries) and pertinent to a younger generation where more than one in 10 millennials identify as transgender or gender non-conforming. There are a clutch of new fashion labels, from One DNA to Riley Studio, that offer the same clothes to everyone, and where dividing your fashion into gendered lines feels out-of-date.

“Previously, fashion was very binary – it was men’s or women’s, and you never could transgress between the two,” Preston Souza, chief of staff and buyer at The Phluid Project, New York’s first gender-free clothes shop, explained to website Rivet. “And what is really beautiful is that Generation Z is rejecting these labels. Sixty per cent of Generation Z will shop across gendered sections, proof that these binary structures are slowly phasing out.”

Younger stars like Billie Eilish, Yungblud and Lil Uzi Vert dress androgynously and speak openly of shopping across the genders (“The women’s section is waaaaay better than the men’s section,” Lil Uzi Vert told US GQ).

Mainstream fashion is playing catch-up. New York fashion week featured 36 models who identified as transgender or gender non-conforming (30 more than last season), while Pose star Indya Moore was the first non-binary person to be the face of a Louis Vuitton campaign.

“It’s not about a girl wearing a suit or a guy wearing a heel, it’s about you feeling yourself and feeling the fantasy and the look,” designer Christopher John Rogers, who has dressed Michelle Obama, Lizzo and whose label won the prestigious CFDA/Vogue Fashion Fund award earlier this month, told The Fader. “It’s about queerness in terms of you fully embodying the nuances of yourself when dressing up.”

With high street brands such as Zara and H&M doing gender-neutral lines, this could be the future for fashion. But for the creatives at the heart of this change, there are deeper issues at stake. “To see someone as powerful as [Rihanna] wearing [our label] is really important,” says Eden Loweth, who has run Art School with partner Tom Barratt for three years. For him, “non-binary” is more than a trend: there’s a political element too. “When we formed Art School, we wanted it to be more than a label, more than just about whacking out clothes on the catwalk. It’s about supporting the rights of our [queer]community.”

Eden says that their company is a non-binary one to its core. “Words like ‘queer’ and ‘trans’ are used quite a bit [in fashion] but we are the only brand who work with the entire community,” he says, adding that they do extensive castings, so models are representative of their queer collective. From now on, he says, the onus is on the bigger brands.

“The next step is for fashion to stop seeing gender fluidity as a trend,” fashion and lifestyle blogger Ben Pechey says, “but to see us as real people and ensure that the queer community is given more rights, safety and respect”.