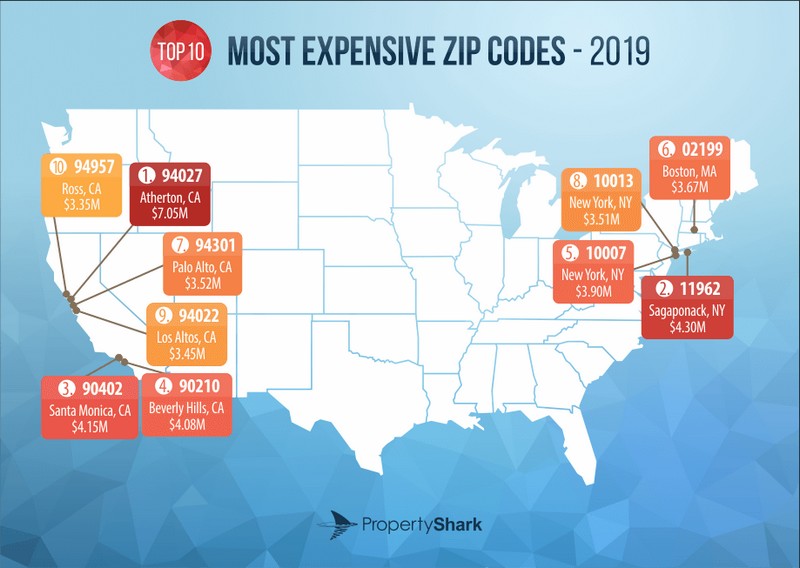 Most expensive zip cods in 2019; @propertyshark.com

Calculating medians based on sale prices rather than asking prices more accurately reflects the reality on the ground in the country’s most cutthroat markets – where low supply pairs with high demand, often pushing sale prices above the initial asking figures. It also ensures that ultra-luxury properties – which generally spend extended periods of time on the market and often sell with notable price cuts – don’t skew the numbers away from what the market is actually willing to pay. 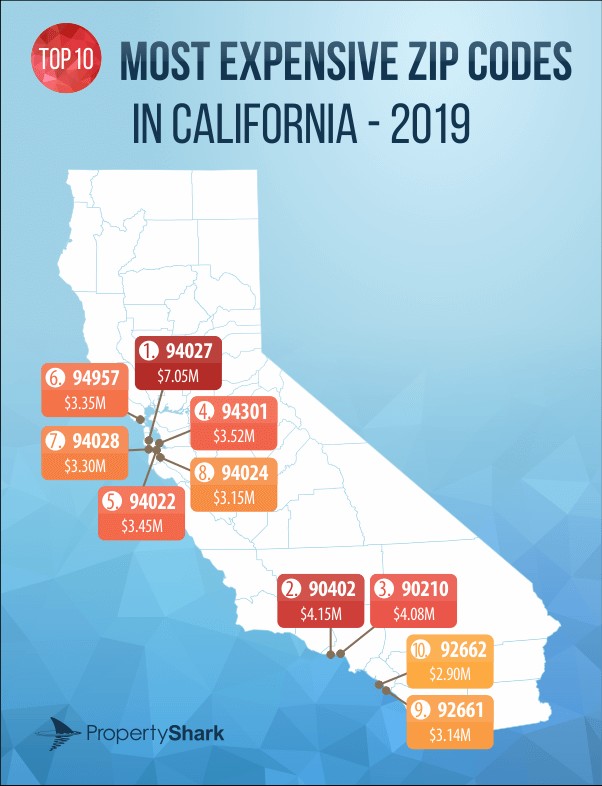 California was once again the uncontested leader of pricey zip codes.

Hitting an all-time high in 2019, California claimed a jaw-dropping 91 zip codes of the 125 zips featuring the 100 most expensive medians, including 6 of 10 priciest. And, although New York State is far from a true rival of California’s sky- high residential prices, it remained the East Coast’s most expensive market, ranking 18 zips in our top 100 – the second-highest number and just one zip less than last year.

California’s growing domination of our top 100 comes as no surprise, considering the dynamic price growth recorded in the state’s most important metros. Nearly half of Metro L.A.’s markets saw their medians rise at least 20% in just five years, while a third of the Bay Area underwent price surges of 40% or more.

Although California and New York State completely dominated 2019’s top 100, isolated pockets of extreme affluence and luxury real estate meant that the zip codes of nine additional states made the ranking zips. Specifically, Connecticut and Massachusetts each contributed three zips, New Jersey, Nevada and Washington had two each, and Arizona, Florida, New Hampshire and Maryland are each represented by one zip.

Looking at overall numbers, 63 zip codes experienced contractions in their median sale price compared to year-ago figures, 38 zip codes saw their medians climb – including the spectacular 71% price surge recorded in Brooklyn’s 10001 – and 4 zip codes’ medians were unchanged. An additional 20 zips are new compared to last year’s ranking.
Furthermore, 14 zip codes posted medians above the $3 million mark this year – one less than in 2018. However, the 5% price growth registered in Atherton, California’s 94027 resulted in a historic high, making 2019 the first year in which a zip code’s median sale price surpassed $7 million. As expected, this made Atherton’s 94027 the #1 most expensive zip code in the U.S. in 2019 with a median sale price of $7,050,000. This was also the second year in a row that growth in Atherton’s median made headlines. A year ago, Atherton asserted itself with a 35% jump in its median. 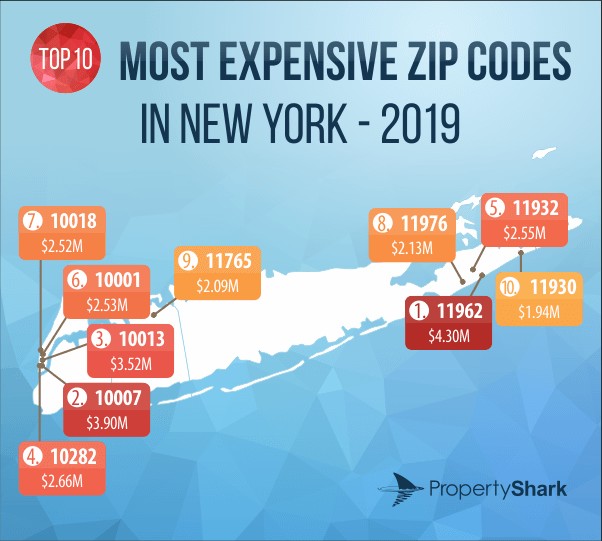 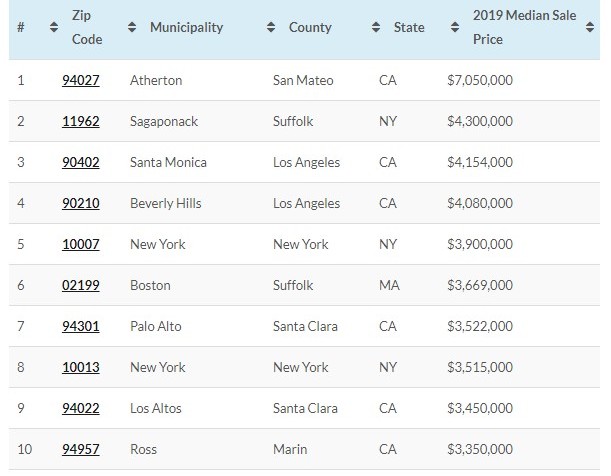 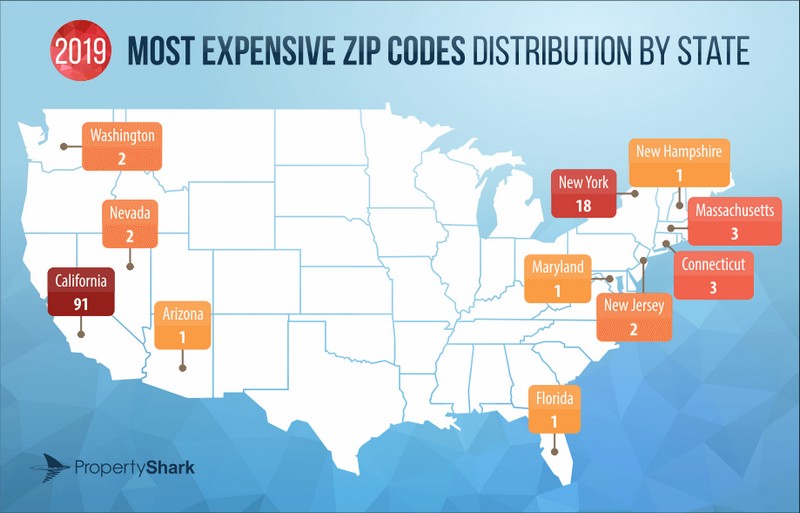 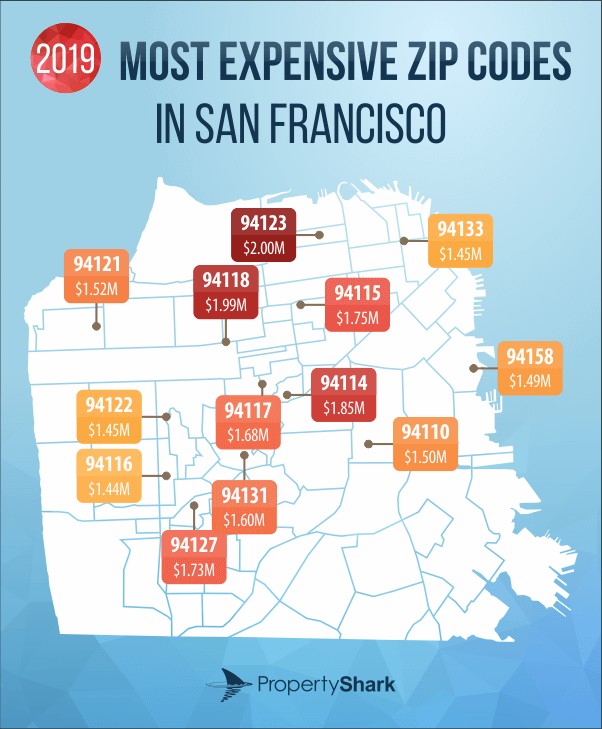 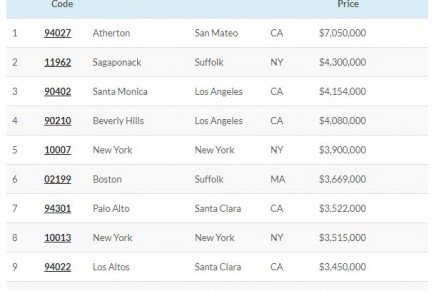 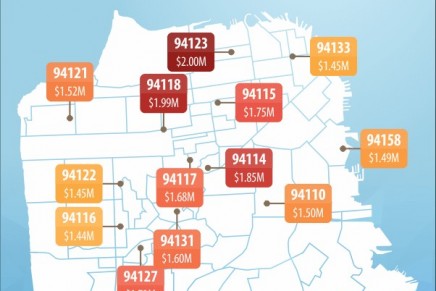 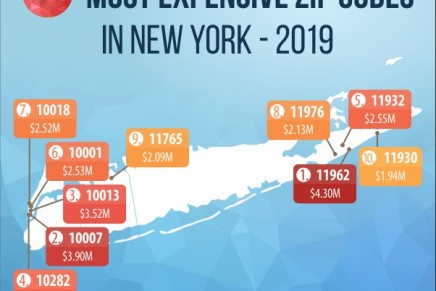 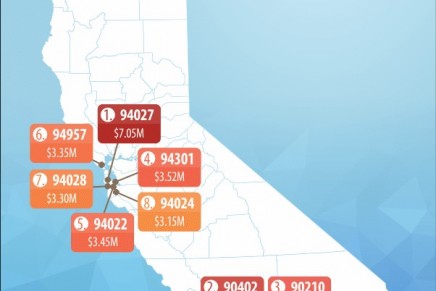 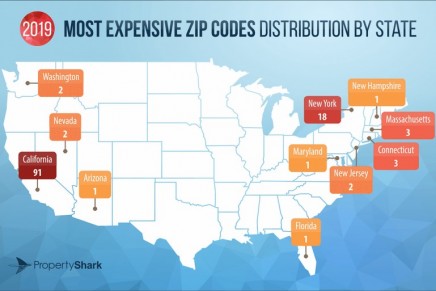 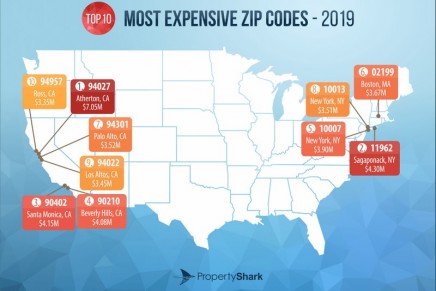