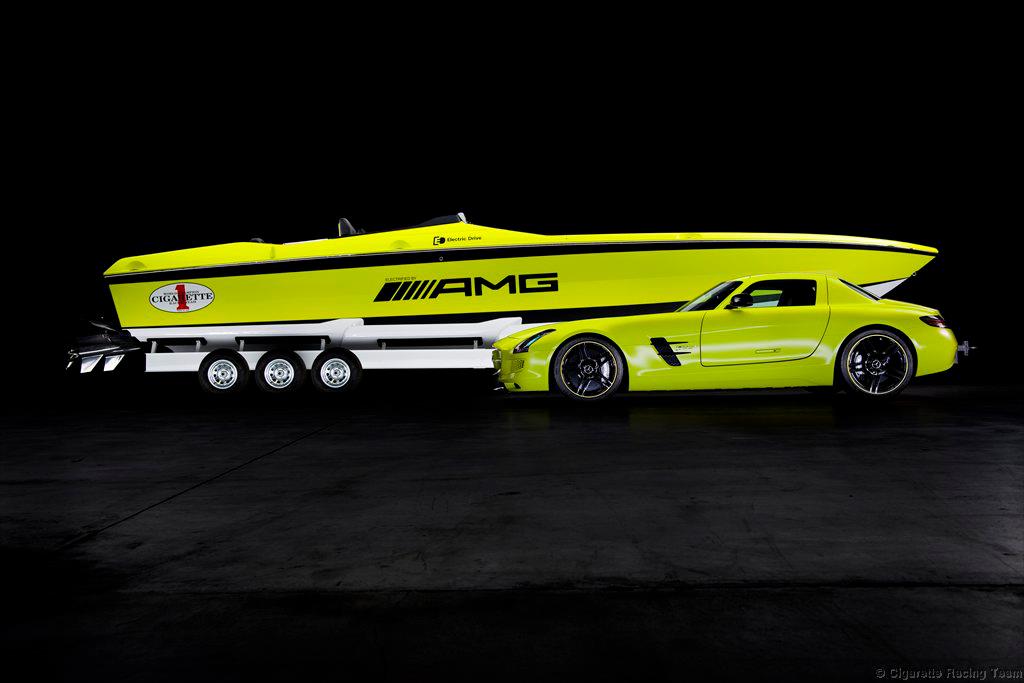 Mercedes-Benz teamed up with Cigarette Racing to create the world’s fastest electric boat. The latest collaboration between Cigarette and Mercedes AMG has produced a technology concept where a 38 Top Gun has been outfitted with a 2220 HP all electric powertrain.
With an output of 1656 Kilowatts (2,220hp) and a maximum torque of 3000 Newton metres (2,213 ft-lb,) the “Cigarette AMG Electric Drive Concept” is considered to be world’s most advanced performance boat. The boat was inspired by the SLS AMG Coupè Electric Drive, the world’s most powerful and fastest electrically driven series production vehicle in America.

The “Cigarette AMG Electric Drive Concept” is fitted with two 22-Kilowatt on-board chargers from the SLS AMG Coupe Electric Drive as standard. Adapted to fit the infrastructure standard of many American marinas, the boat has a charging capacity of 44 Kilowatts. The battery is fully charged in approximately seven hours. To reduce the charging time to less than three hours, the powerboat can be fitted with four on-board chargers as an option.

The two companies have similar DNA makeups: both companies owe their roots to racing and are still dedicated to this passion. 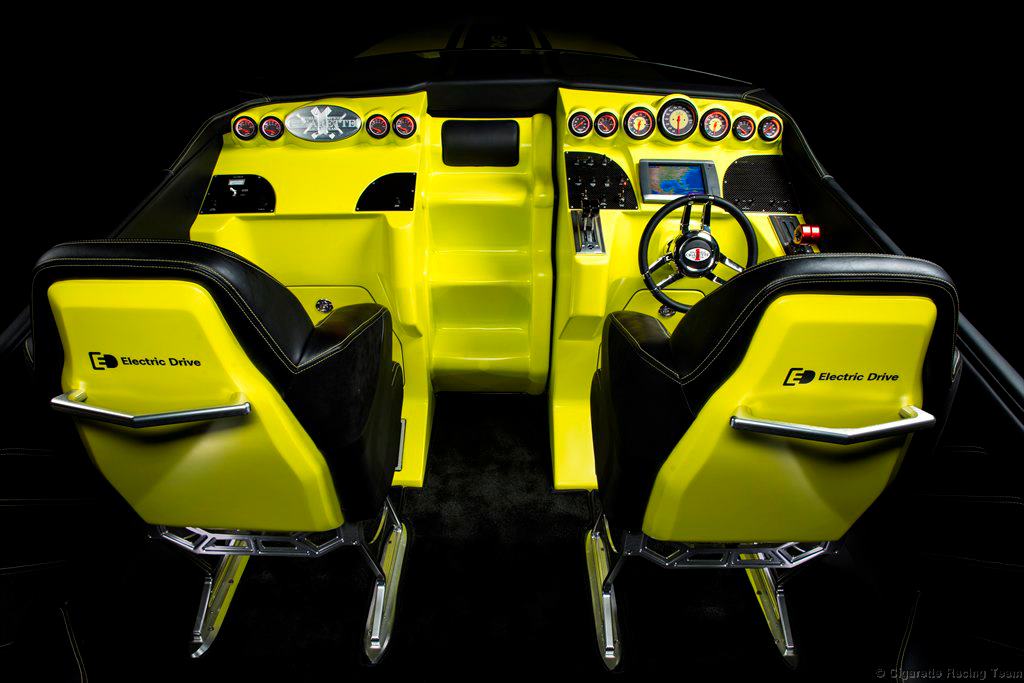 The vital statistics at a glance

*electronic restriction; **preliminary data.
Mercedes-AMG and Cigarette Racing have been collaborating since 2007, primarily for organising joint customer and marketing activities. Results of this cooperation were witnessed with the launch of two exclusive powerboats in 2010 and 2012. The “46′ Rider Inspired by AMG” was the premiere: the technology, design and equipment were heavily based on the SLS AMG gullwing launched in 2009. The “Inspired by AMG Black Series 50′ Marauder” followed in 2012 – a powerboat significantly inspired by the C 63 AMG Coupe Black Series. 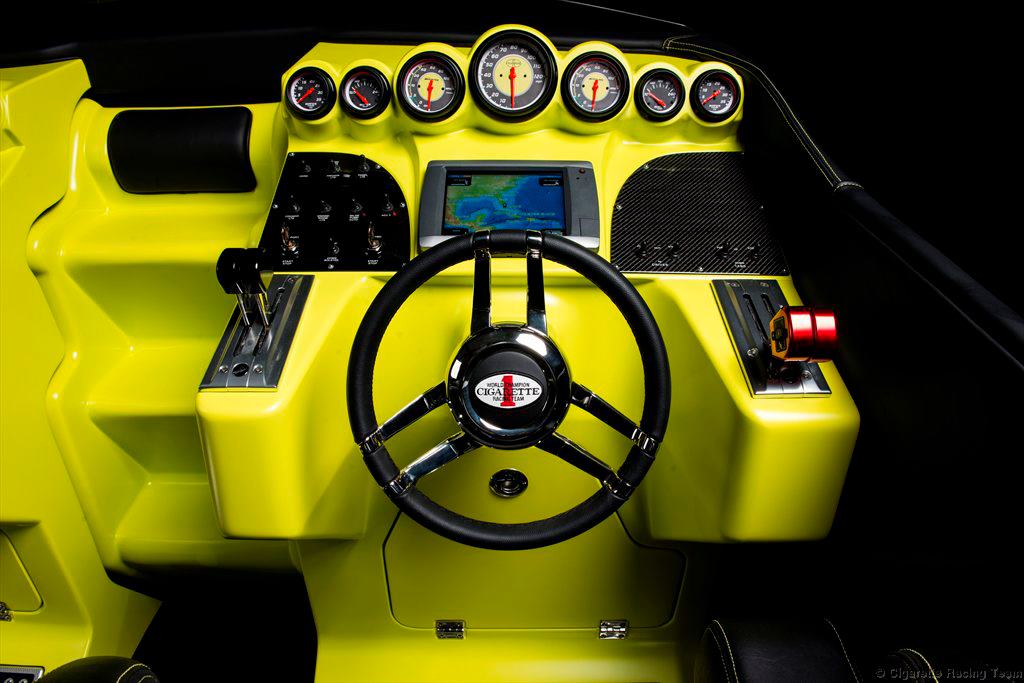 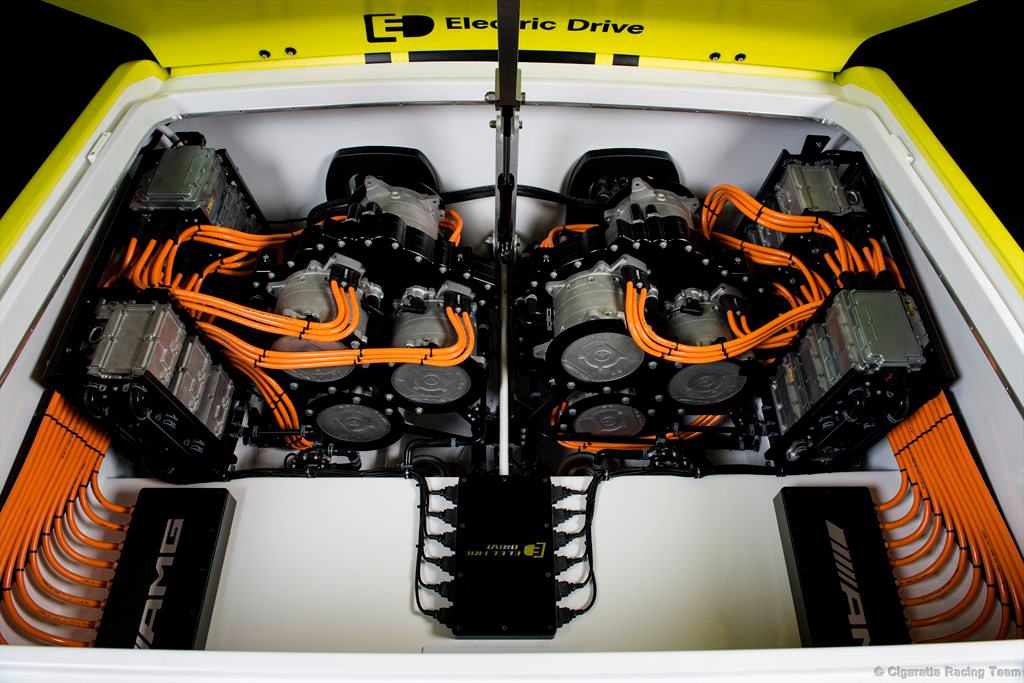 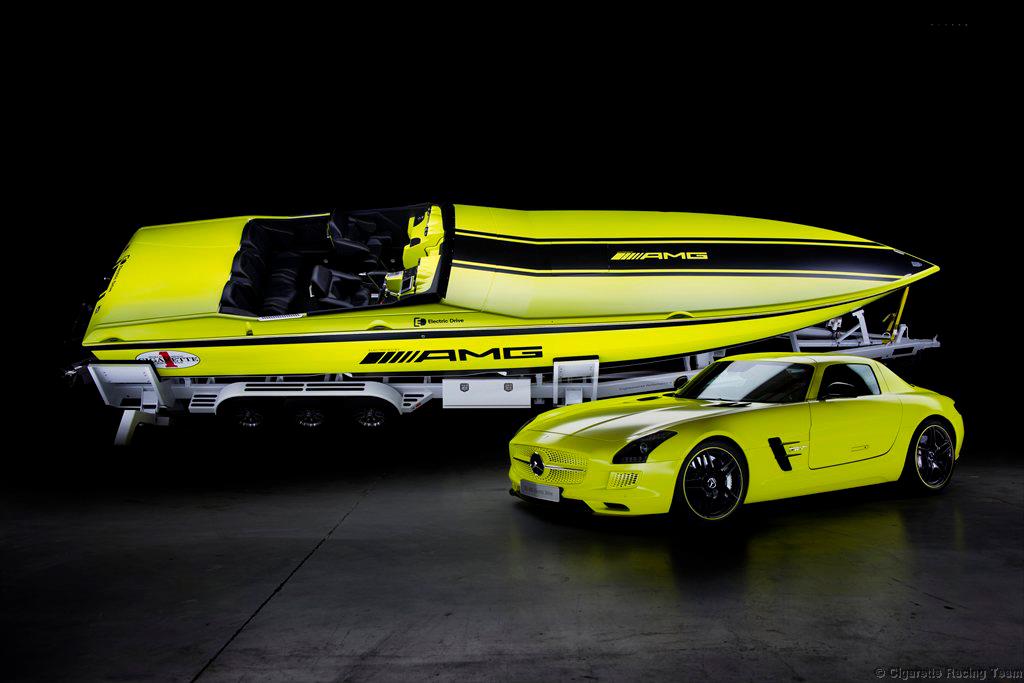 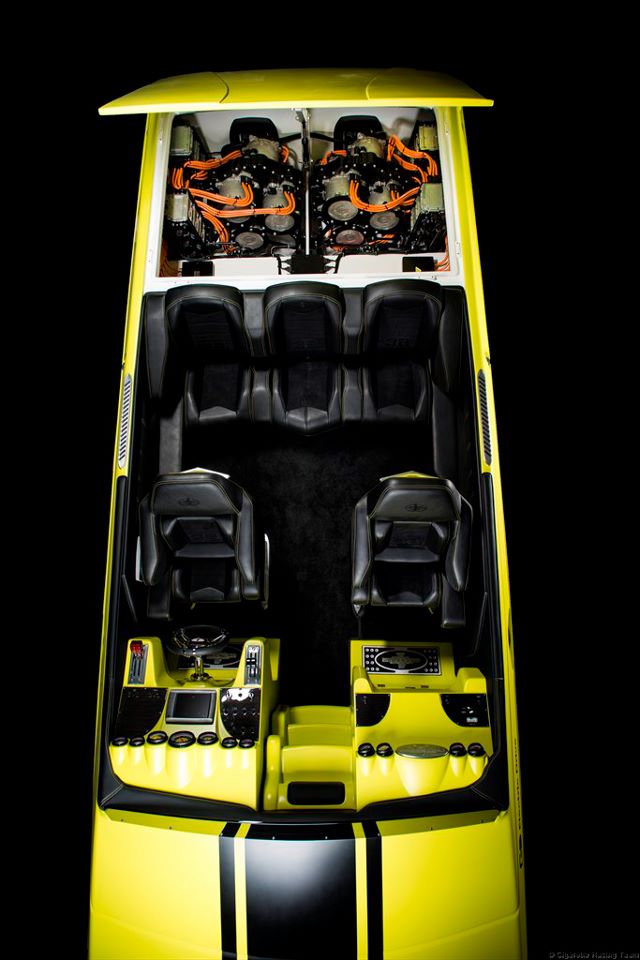