The first trade sign used by Apple Computer To Be Sold at Auction. Steve Jobs standing beneath the first Apple Computer trade sign at a ca. 1976 trade show. The sign was later used for year to identify the company’s offices in Cupertino, Ca. To be sold at auction on Jan. 27, 2023 by Alexander Historical Auctions, Chesapeake City, Md.

On January 27, 2023 Maryland auctioneers Alexander Historical Auctions, known internationally for their sale of historical objects, will be offering the first trade sign used by the world’s largest company, Apple, Inc., at trade shows and at its corporate offices in the start-up company’s first few years of operation in the mid-1970s.

The sign, almost nine feet long, is made of opaque white plexiglas with applied lettering and the now-famous multi-colored “apple” logo. It is encased in its original weathered wood frame. The sign once accompanied company founder Steve Jobs at Apple’s first trade show, and then was displayed outside the company’s Cupertino, California headquarters for several years. Once the company’s success was assured and a new sign was delivered, this first “apple computer inc.” sign was salvaged by an Apple engineer, and since 2008 it has been on display at the All About Apple Museum in Savona, Italy. Auctioneer Bill Panagopulos states: “This is undoubtedly the most famous corporate icon of all time, from the very origin of what is now the largest and most respected company in world history.”

In the same sale is another historic Apple relic, the battered toolbox used by co-founder Steve Wozniak in his earliest days with the company. The dented, soiled blue box has a single tray within, and the exterior bears years of scratches, dings, and grime. A very old yellow Dymo label bearing Wozniak’s name is applied to the top. The same engineer at Apple saw the toolbox lying about at Apple for a long period of time. He asked Wozniak about it, and was given the toolbox personally by Wozniak, who at the time of the request no longer had any use for it. Wozniak created the Apple I and Apple II computers in the mid-1970s, and also designed an inexpensive floppy-disk drive controller. This toolbox too was on display with the Apple Computer trade sign, and at the Cupertino Historical Society.

These historic relics are part of a three-day auction of over 2,000 lots of historic autographs, documents, and military items, including: D-Day maps and orders to the men who first freed the way for those trapped on Omaha Beach; a bronze statue head of Saddam Hussein, recovered from the pitched battle at Baghdad Airport; a bottle of Chateau Lafite-Rothschild from the French Revolution, Afrika Korps Gen. Erwin Rommel’s shoulder boards, Hitler’s signed warning to his armed forces predicting D-Day; an early self-portrait by John Lennon offering a Nazi salute; and much more.

$ The first trade sign used by Apple Computer Inc. ca. 1976. The sign was first used by founders Steve Jobs and Steve Wozniak at various local trade shows, and then was displayed outside the fledgling company’s Cupertino, Ca. offices for several years to identify their premises. To be sold at auction on Jan. 27, 2023 by Alexander Historical Auctions, Chesapeake City, Md. 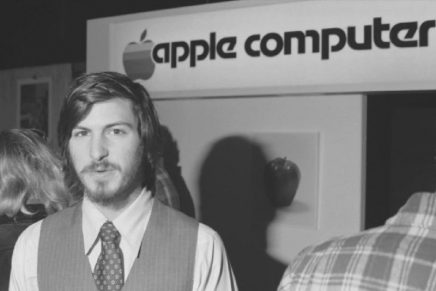