Portofino is renowned for its charming tourist port and, over the years, has become internationally synonymous with elegance, sportiness and understated luxury. Portofino is now also a new V8 GT by Ferrari set to dominate its segment. The new prancing horse is capable of unleashing a massive 600 cv and sprinting from 0 to 100 km/h in just 3.5 seconds.

The launch colour of the new Ferrari has also been dedicated to this marvellous town: Rosso Portofino. 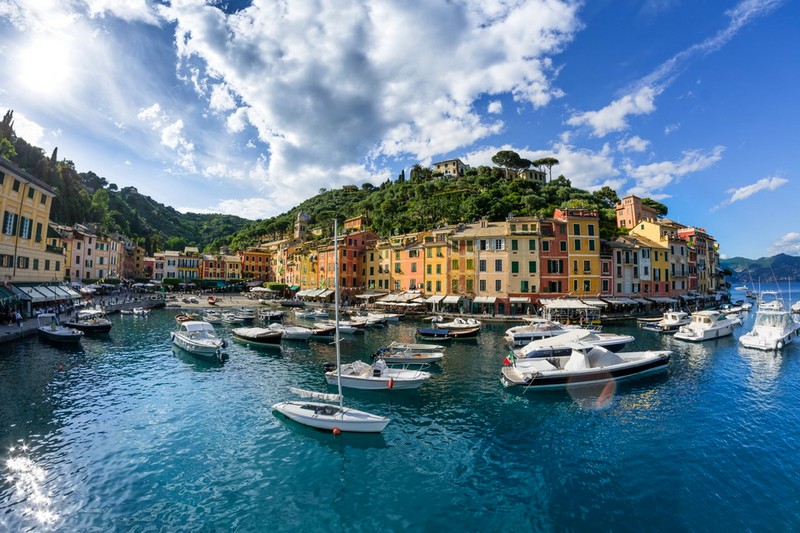 The new Ferrari Portofino is the most powerful convertible to combine the advantages of a retractable hard top, a roomy boot and generous cockpit space plus two rear seats suitable for short trips. The renowned Ferrari V8 turbo, part of the engine family that was nominated International Engine of the Year in both 2016 and 2017, now punches out 40 cv more than the California T’s power unit.

The Ferrari Portofino’s vehicle dynamic characteristics have been completely revised and benefit from the introduction of new technological solutions. The renowned Ferrari V8 turbo, part of the engine family that was nominated International Engine of the Year in both 2016 and 2017, now punches out 40 cv more than the California T’s power unit thanks to the adoption of new components and specific calibration of the engine management software. The characteristic Ferrari V8 soundtrack has also been further enhanced and can be fully appreciated, particularly in top-down driving.

The outside edge of the new full-LED headlight assembly hides an innovative air intake which vents into the front wheelarch and exits along the flank to reduce drag.

Ferrari also added an infotainment system with 10.2” touchscreen display, a new air-conditioning system that improves occupant comfort both with the top up or down, a new steering wheel, 18-way electrically adjustable seats with a new backrest design that boosts legroom
for rear seat passengers, and the passenger display. All occupants will particularly appreciate the new wind deflector which, when the top is dropped, cuts air flow inside the cabin by 30% and also reduces aerodynamic noise. 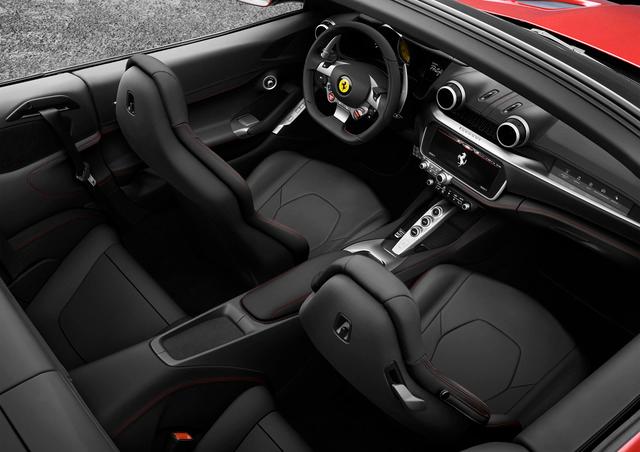 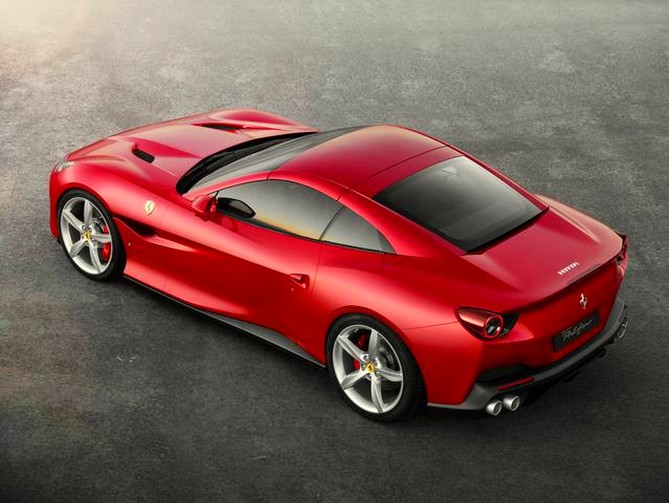 The Ferrari Portofino will make its world debut at the Frankfurt International Motor Show in September. Ferrari also announced that Scuderia Ferrari has renewed its technical and racing agreement with Kimi Raikkonen. The Finnish driver will therefore race for the Maranello team in the 2018 Formula One World Championship.

Ferrari is also leading the market in its provision of after-sales services to its clients. In 2014, in fact, Ferrari became the first luxury automotive marque in the world to offer clients the possibility of extending warranty cover up to 12 years. Now it has extended that programme still further to offer owners an even better package that will protect the value and functional integrity of their Prancing Horse cars over an even longer period.

For maximum peace of mind, every new Ferrari comes with the standard factory three-year warranty along with a seven-year free maintenance programme. The full factory warranty can be extended for a further two years and, from the vehicle’s 6th to 12th year, owners can stipulate the New Power warranty which provides cover on all major components.

New Power15 extends even further Ferrari’s class-leading programme with the possibility of covering the vehicle’s main mechanical components, including the engine, gearbox, PTU, suspension and steering, from year 12 right up to year 15. The coverage for the new extension lasts for 12 months and can be renewed annually for three years. 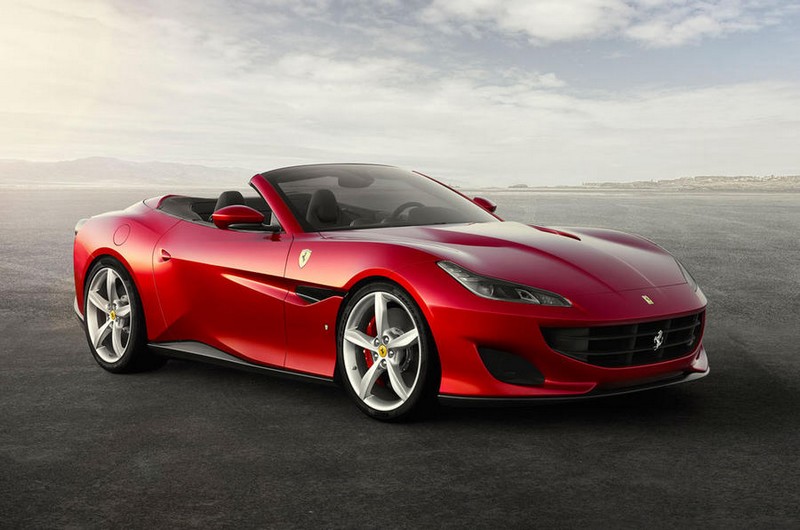 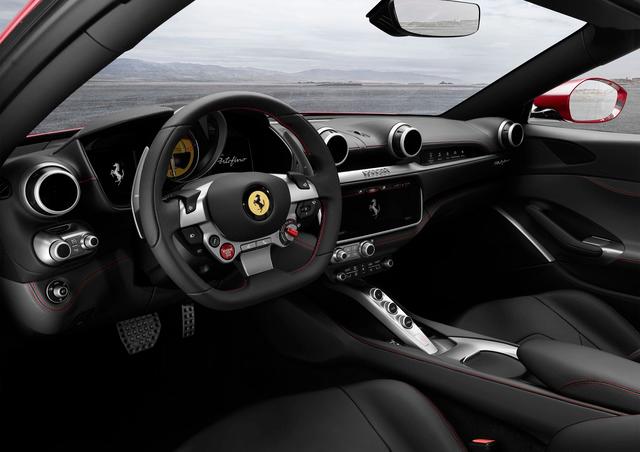 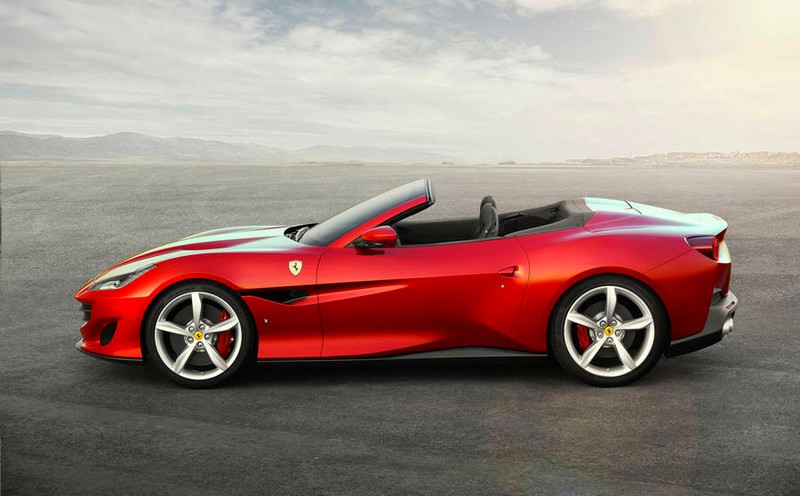 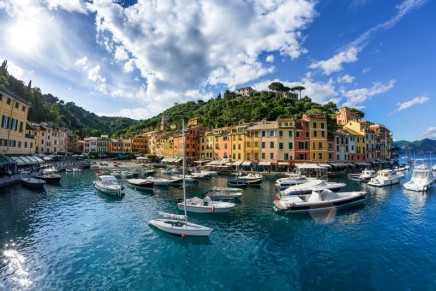 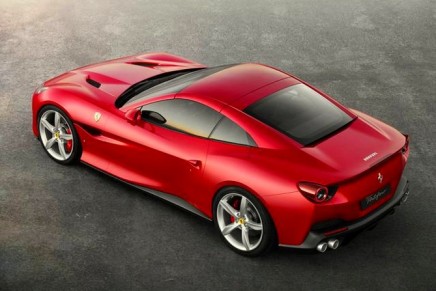 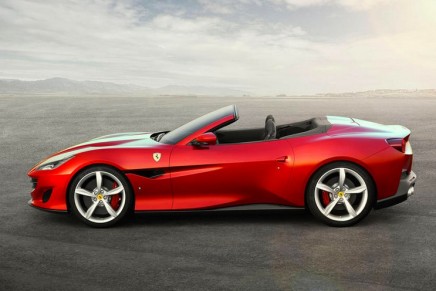 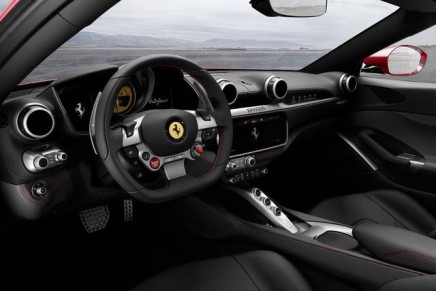 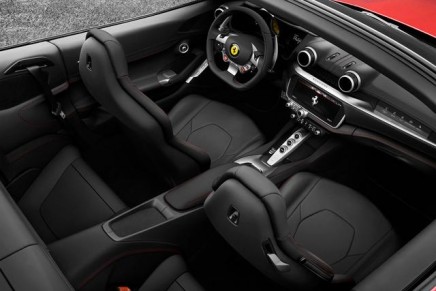 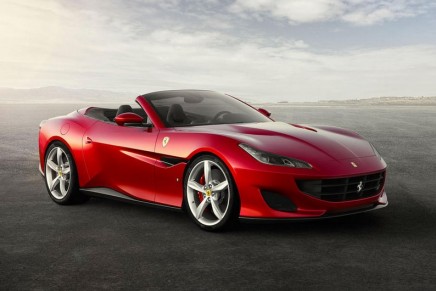 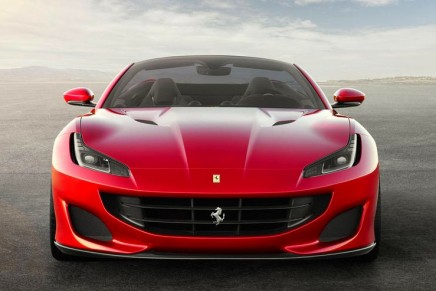