Ferrari unveils the 488 Challenge at the World Finals in Daytona.
The latest model to join the ranks of Ferrari’s prestigious international Challenge racing series for clients. 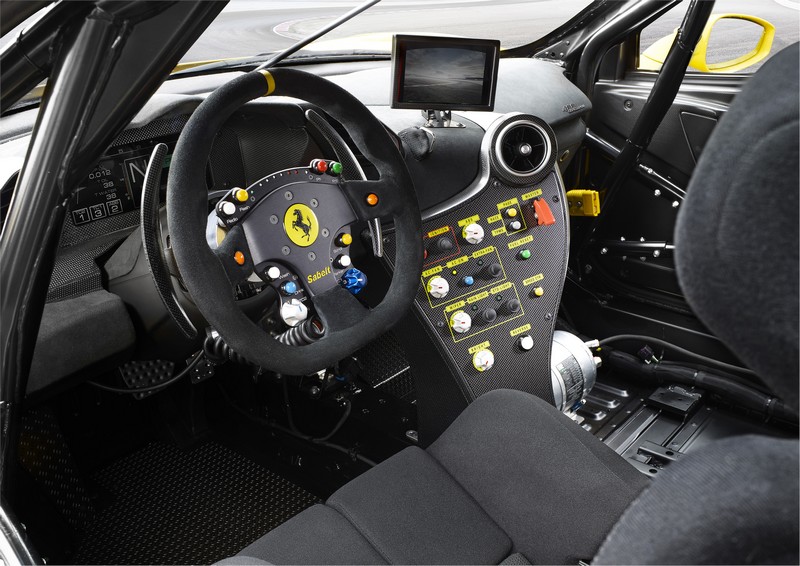 Since the announcement of the Ferrari’s racing series in 1992, there have already been over 1000 races, with over 1000 Ferarri drivers taking part in up to three series organised on three continents. Over the years, the Ferrari Challenge has proved to be an ideal platform for drivers looking to compete in international GT and prototype championships, and an impressive number have gone on to win in Grand-Am, IMSA, the FIA World Endurance Championship, ELMS an even the 24 Hours of Le Mans.

The 488 Challenge is the first ever turbo-charged model to race and is the most powerful Challenge car ever, powered by the 670 cv 3.9-litre V8 derived from the series production engine that took the overall 2016 International Engine of the Year Award.

The most noticeable changes to the Ferrari 488 Challenge compared to the production car regard the aerodynamics. To achieve the technical objective of increasing the car’s aero efficiency while respecting the design, the engineers worked closely with the Ferrari Styling Centre. The front radiator layout was reworked, inverting the rake so that they are now inclined towards the rear. 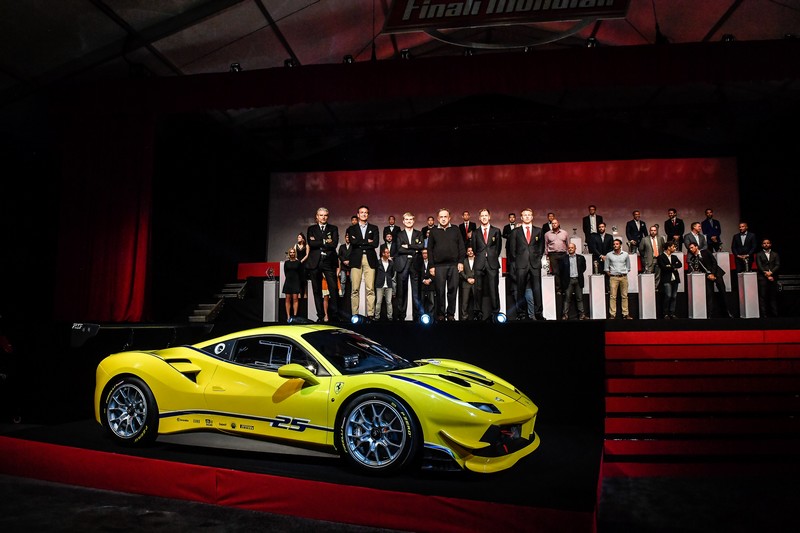 This solution improves the air flow over the radiators in racing conditions whilst, at the same time, reducing drag. The new layout required new vents at the bottom of the bumper ahead of the wheels.

The front bumper itself has been completely redesigned with a more pronounced splitter and flicks to increase downforce and balance the rear load, for a 7% improvement in efficiency compared to the 458 Challenge EVO.

The front bonnet is all new with triple vents and integrated flaps to direct the hot airflow from the radiators rearwards. To increase stability at high speeds, the 488 Challenge features a bigger rear wing, with an air foil profile similar to that used on the 2016 FIA World Endurance Championship-winning 488 GTE, which alone increases efficiency by 9% compared to the 458 Challenge EVO.

The intakes on the rear flanks now take cooling air to the rear brakes, optimising downforce,while the engine air intakes are now positioned laterally under the rear spoiler, taking advantage of the high pressure generated in this area. 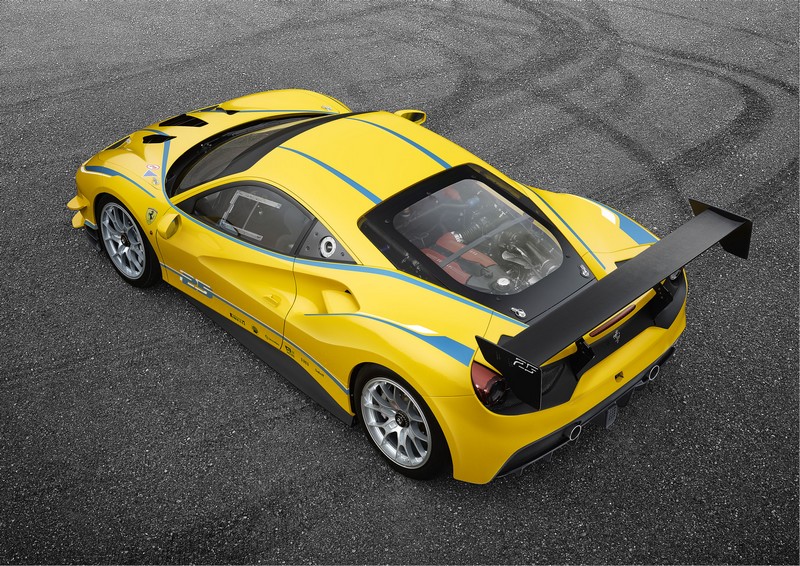 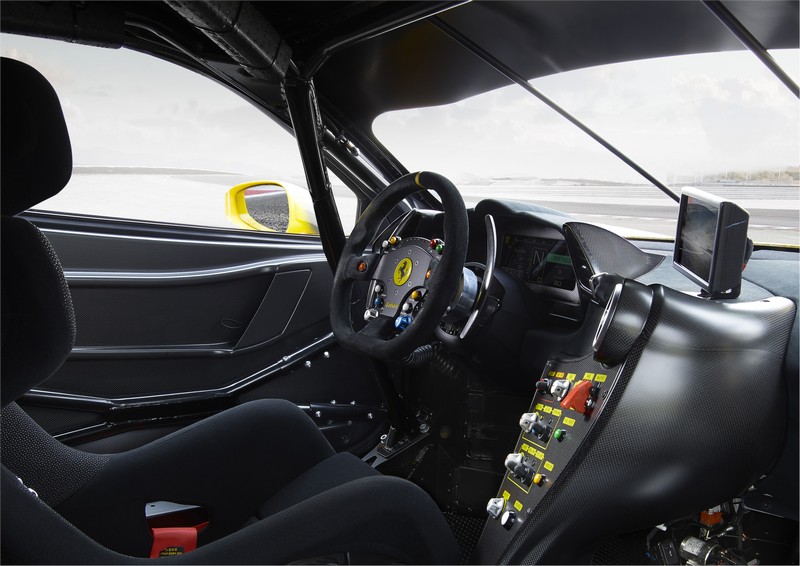 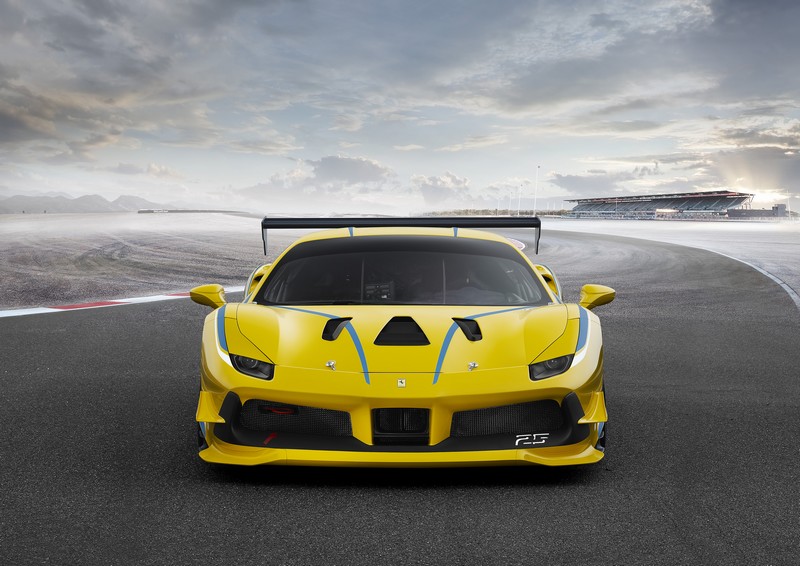 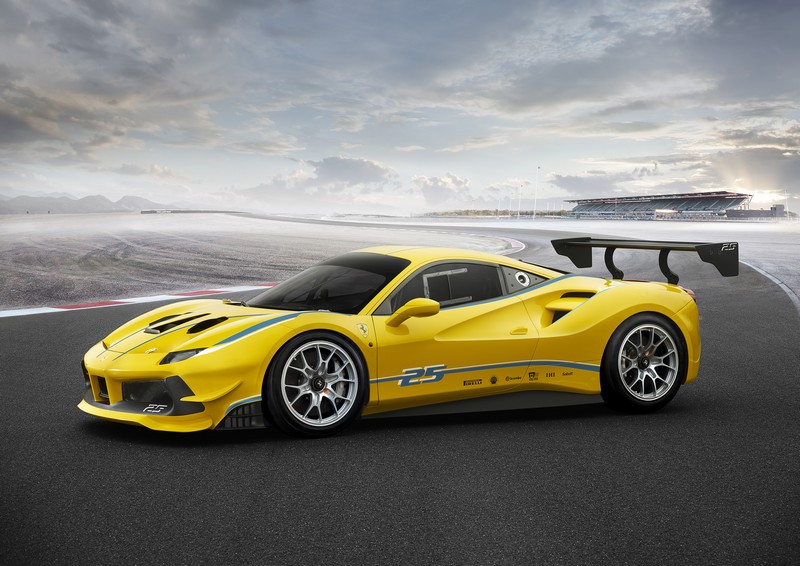 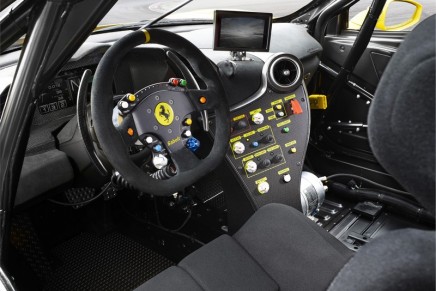 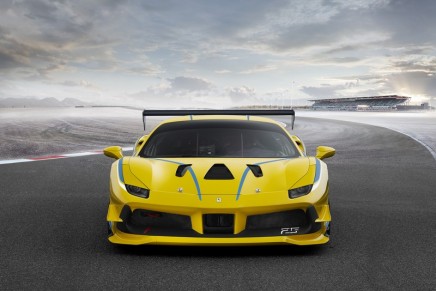 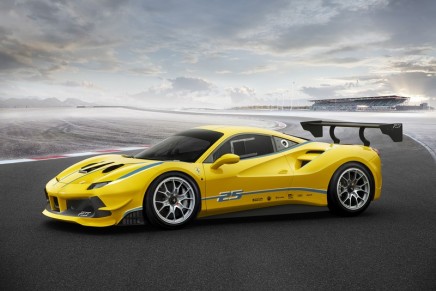 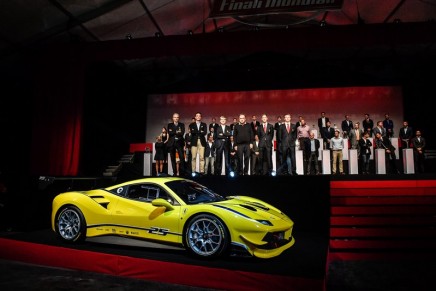