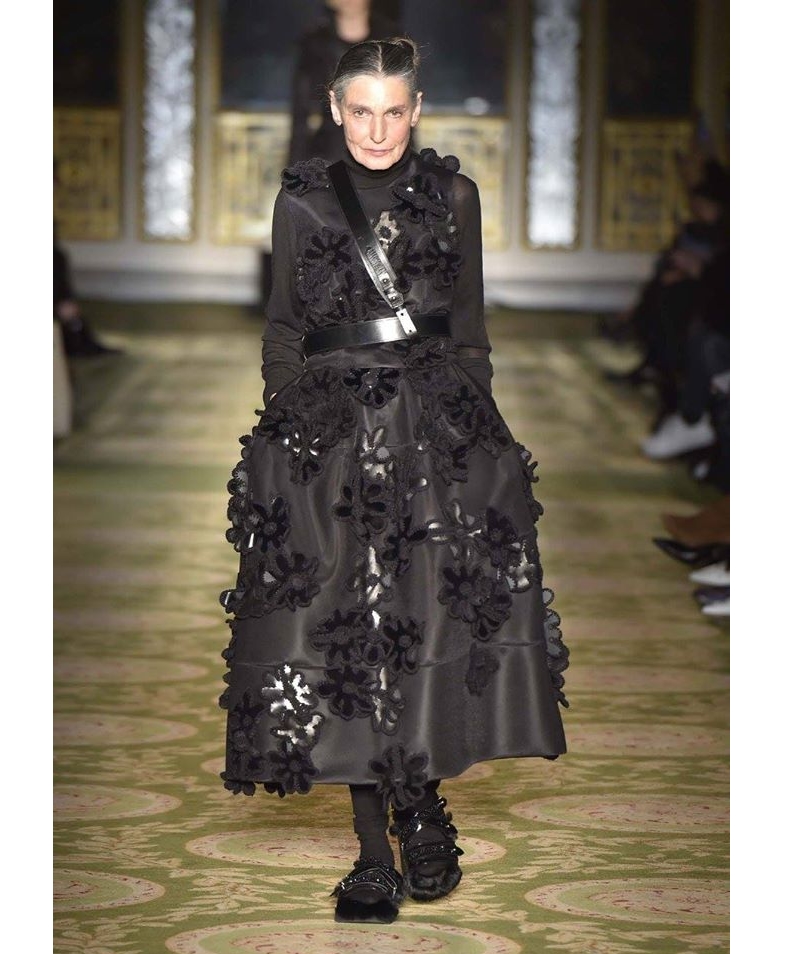 This article titled “Fashion industry’s ageism could cost it £11bn in next 20 years” was written by Amelia Hill, for The Guardian on Sunday 5th January 2020 18.56 UTC

The fashion and beauty industry’s “shameful sidelining” of older consumers could cost it £11bn over the next 20 years, according to research by the International Longevity Centre (ILC-UK).

But despite their spending power, the industry’s institutional ageism makes this powerful demographic feel like “frumps”, the research found. Women older than 75 stop spending on fashion altogether, even though they have significant savings and say they are still interested in looking stylish, according to the findings.

Related: ‘This is what 70 looks like’: the new generation of beauty influencers

Diane Kenwood, a ILC trustee, said: “For too long the fashion and beauty industries have been bewilderingly resistant to recognising just how fashionable and stylish the generation of older consumers are and want to remain.

“The potential of these consumers is huge and it has been shamefully sidelined. I do, though, sense a shift in attitudes starting to stir, and I’m hopeful that change will gather momentum.”

Older models have been increasingly used in advertising during the past decade, but it has never become the norm. In 2015, Phoebe Philo, creative director at Celine, chose then 82-year-old author Joan Didion to star in a campaign. Since then, Jane Fonda and Helen Mirren have modelled for L’Oréal, Charlotte Rampling became the face of Nars lipstick, Joni Mitchell joined St Laurent, Lauren Hutton was brought onboard for Calvin Klein lingerie, and Julia Roberts became the face of Lancôme.

But although a lot of the big brands – including Gucci – appear to be increasingly age-inclusive in their advertising, the issue is still sensitive. Photographer and author Ari Seth Cohen is the creator of Advanced Style, a project devoted to “capturing the sartorial savvy of the senior set”. He said the fashion industry was hampered by its fear of mortality.

Cohen said: “Fashion and beauty brands have been ignoring their older customers for ages. Rather than trying to reach this savvy demographic, they prey on their insecurities and use fear and ageist propaganda to sell beauty products that promise the ridiculous and harmful ideology of ‘anti-ageing’.

“I have noticed a growing trend towards inclusion for older models and senior social media stars for more than a decade. There have been numerous beauty and fashion campaigns featuring silver-haired models, but I don’t think brands have quite figured out what their older customers want and how to reach them.

“One huge shift that seems to be making a difference is the power of older women on social media and Instagram. Rather than needing to create content specifically geared towards older consumers, brands are beginning to approach a growing population of senior content creators to make more organic and believable sponsored posts and ads focused on their own micro-communities.”

In 2017, a group of models aged 47 and older protested at the opening of London fashion week against their lack of representation on the catwalk – although it was at her show there that Simone Roche cast three septuagenarians and a 50-year-old.

Jilly Johnson, 65, who was one of the protest’s organisers, said at the time: “People seem to think that once you reach 40, you’re not interested in clothes and you don’t buy anything – but that’s simply not true. A huge percentage of clothes are bought by older women – so fashion is making a huge mistake by ignoring that grey pound.”