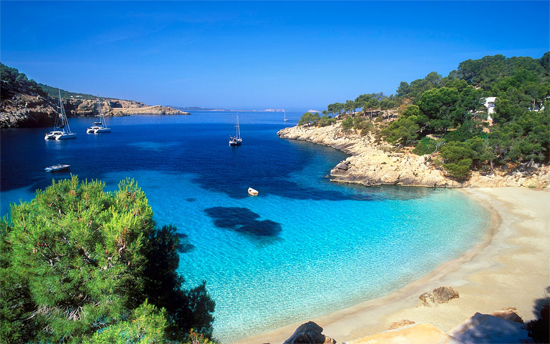 The Balearic Islands of Mallorca, Ibiza, Minorca and Formentera, along with mainland cities such as Barcelona, Valencia and Marbella, can now be added to Europe’s established ‘charter’ destinations.

With the longest summer season in Europe, and reliable sunshine from April through until late Autumn, these exclusive destinations can now add as much as 75 days to the European cruising season – this now brings a season that incorporates Easter through until the famous “Club closing parties of Ibiza” and the late Autumn sunshine on the southern Iberian peninsula. The Balearics and Spain now join the top cruising destinations of the Cote d’Azur, Costa Smeralda and Amalfi Coast on the charterers’ calendar.

Due to an exclusive agreement recently signed by International Yacht Register (IYR), charter yacht clients now have the freedom to choose these exclusive locations, not available since the mid 1990s. Yachts such as the new Feadship “AIR” and the Norman Foster designed Ocean Emerald, among other famous yachts, are available to charter in Spain.

Not only does this offer the beauty of new cruising grounds, but also exclusive access to some of the famous events of the region, such as the Ibiza 123 Festival in July, the Spanish Grand Prix in Barcelona, and the ability to berth in Valencia for the Grand Prix of Europe.