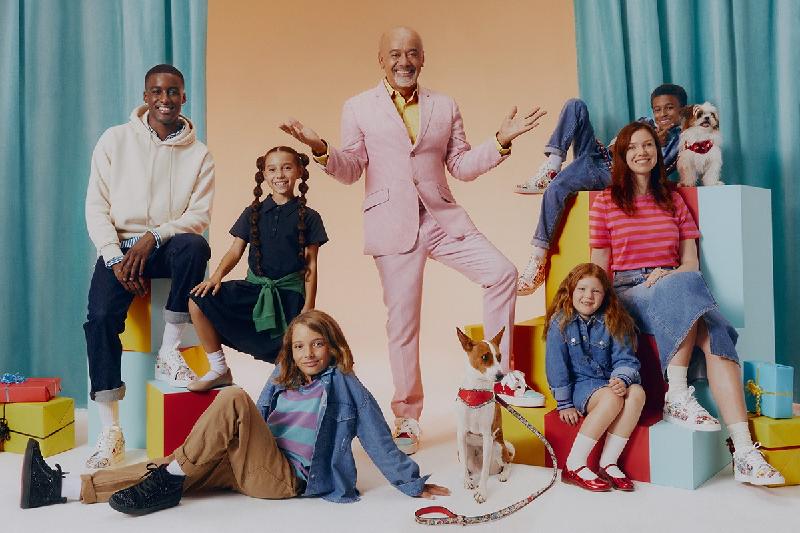 Lights, camera, Loubifamily! Whether kids, grown-ups or furry friends, find a style for every member of your family with the new collection from Christian Louboutin. 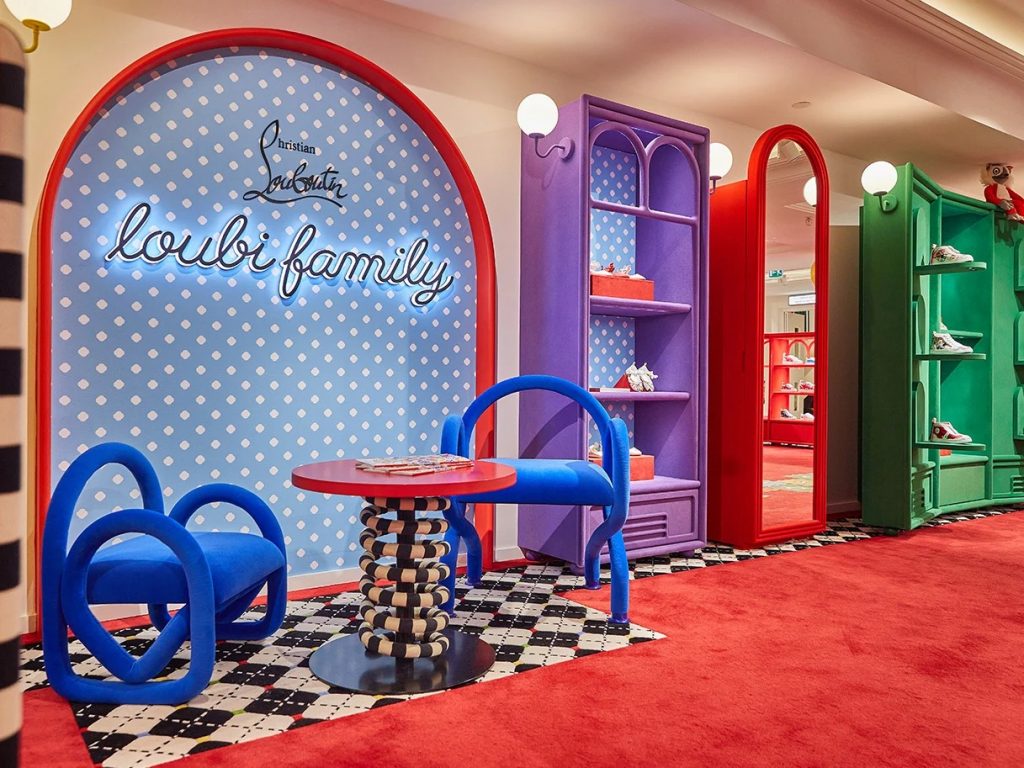 Bursting with bright colours and playful characters, the Loubi Family pop-up at Harrods London is an exciting showcase of Christian Louboutin’s new range of kids shoes and pet accessories. The collection is inspired by the brand’s own comic book, Super Loubi, which depicts the adorable relationship between little ones and their furry friends. Expect to find sneakers printed with pages from the comic books, ballerina pumps decorated with puzzles on their insoles and charming collars for the most pampered of pooches. Plus, with adult versions of the most iconic styles available, the possibilities for stepping out in cute co-ordination with your mini-me are brighter than ever.

The Melodie Chick ballet flat with non-slip Louboutin signature rubber sole is crafted from iridescent Loubi red patent calf leather and is set on a thin rubber sole. Inspired by Maison Christian Louboutin’s iconic Hot Chick design, this round-toed shoe has a charming heart-shaped scallop cut-out on the sides. It has an elasticated strap and a tone-on-tone snap fastener to make it easy to slip on and off. 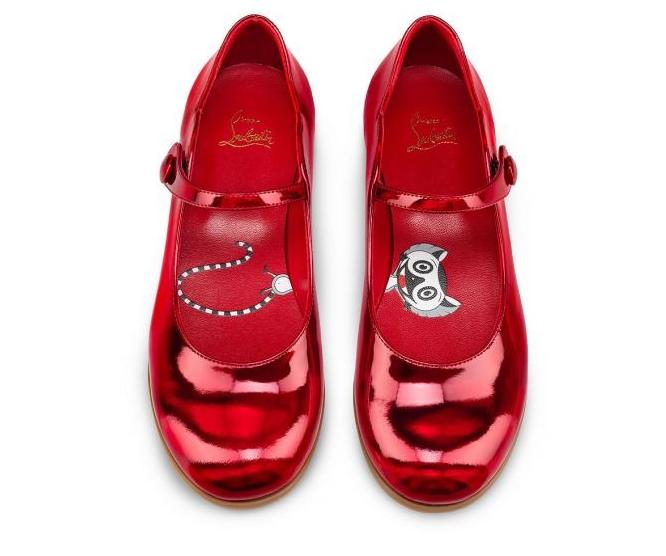 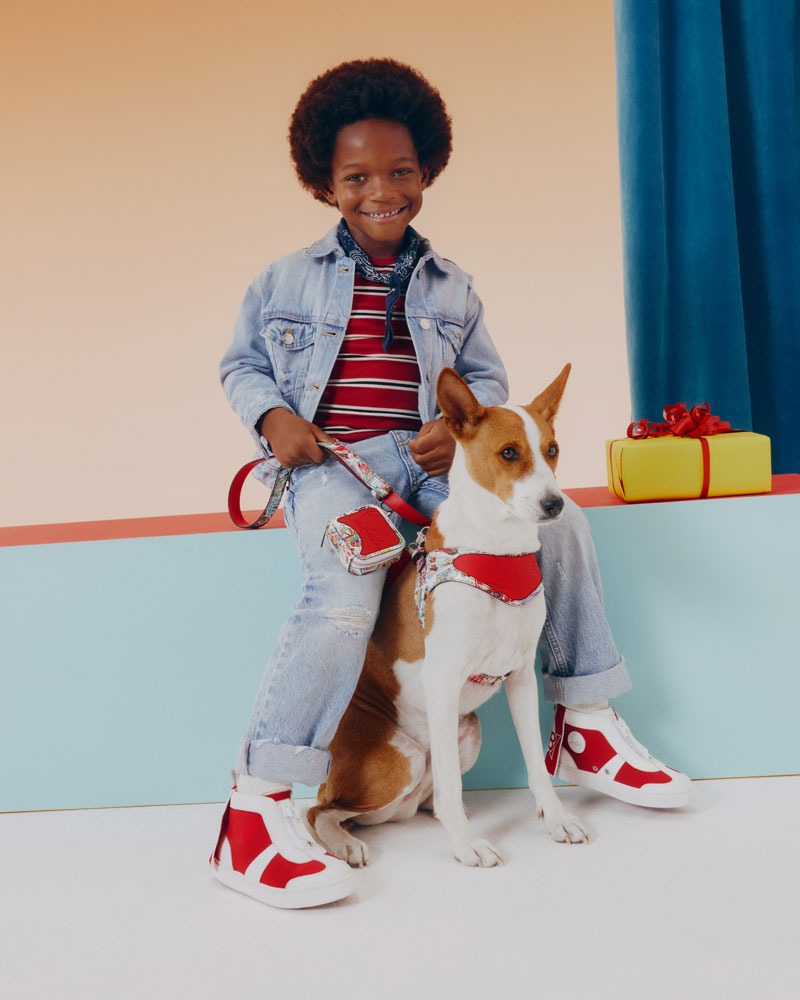 The Super Loubi high-top sneaker is crafted from white calf leather and red neoprene. This Maison Christian Louboutin model has a neoprene cape on the heel that flutters with every step just like the cape worn by the designer’s super-heroes. 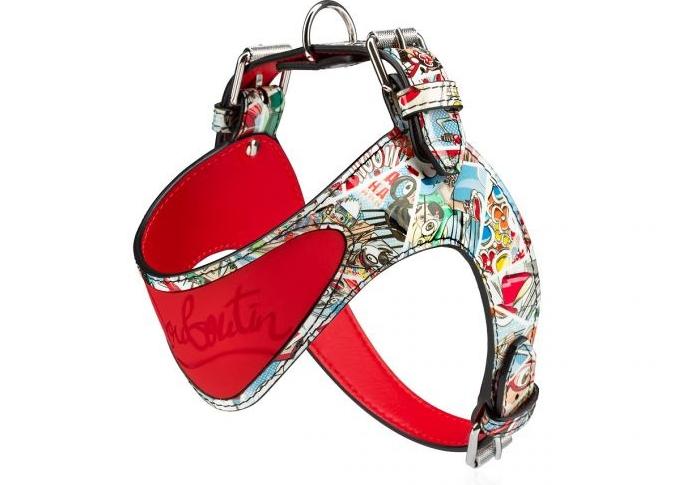 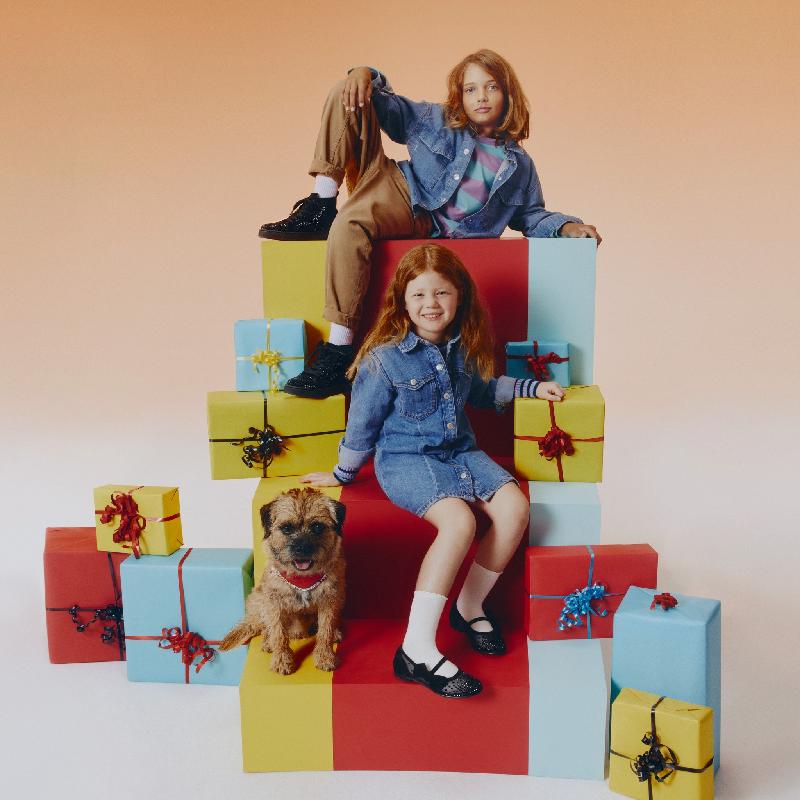 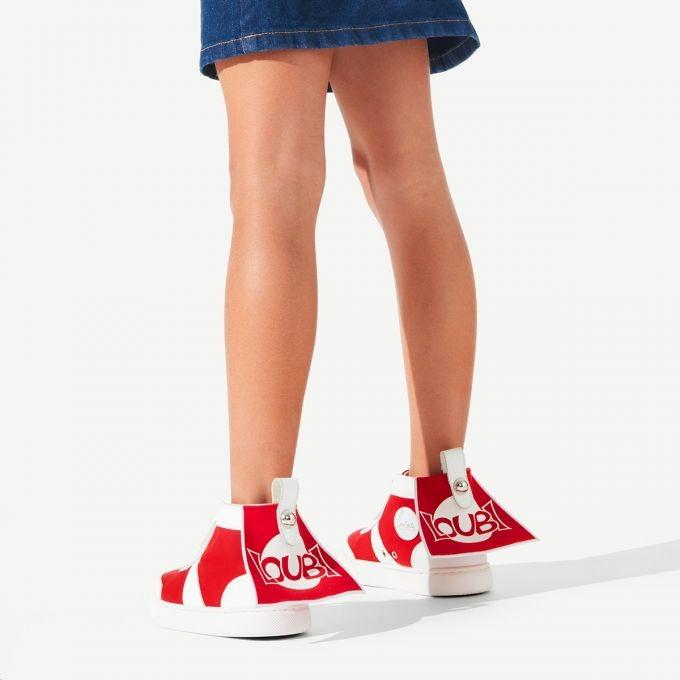 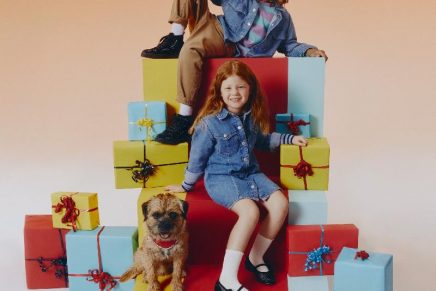 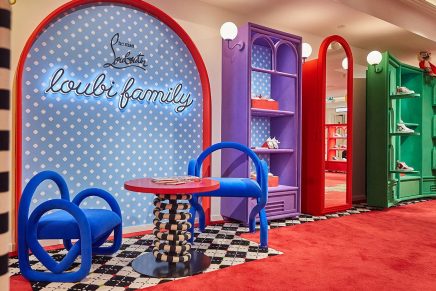 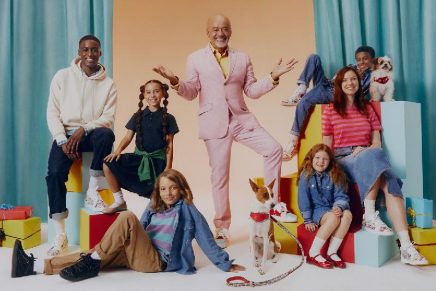 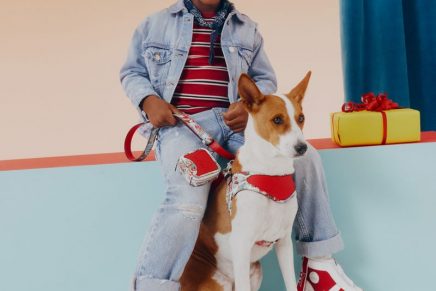 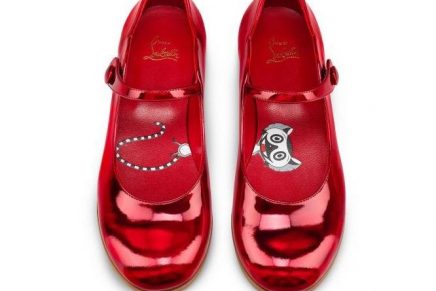 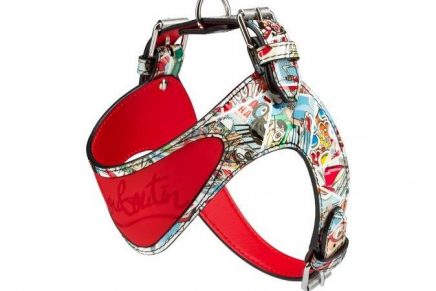 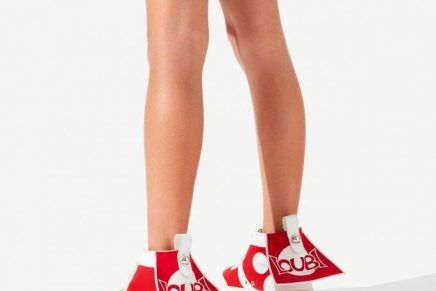