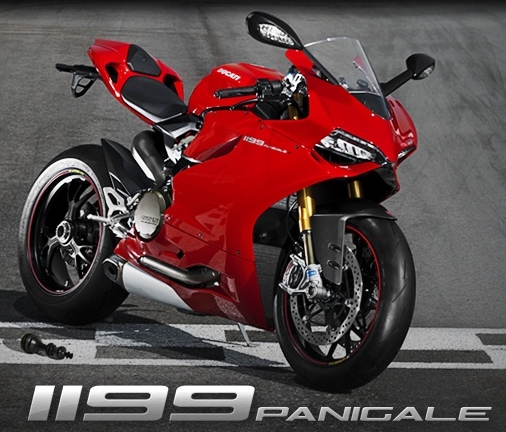 Ducati UK returned to the 2012 MCN Motorcycle Show (2-5 February 2012) with yet another stunning model line-up. In 2009 the acclaimed Multistrada drew the crowds, in 2010 visitors were blown away by the ground-breaking Diavel and in 2012 Ducati came with the strongest and most exciting line-up in brand’s history, including the first
viewing of the much anticipated new Superbike, the Ducati 1199 Panigale.

The 1199 Panigale sets the most extreme benchmark ever and its arrival represents one of the most historic moments in Ducati’s Superbike history.

“[Panigale] it is packed with style and technology from the pioneering LED headlamps to the purpose-designed Pirelli Diablo Super Corsa at the back, but the core attraction for technophiles is the astonishing 192bhp, V-twin engine. These has the most extreme bore and stroke dimensions of any road bike at 112 x 60.8mm, a move made to enable very high revs as well as huge valves in the pursuit of power,” says Kevin Ash from the telegraph.

The aluminium monocoque chassis marks the end of Ducati’s preference for tubular steel trellis frames for its superbikes.

This new model breaks with Ducati’s Superbike tradition by adding a name to its 1199cc engine capacity, making a significant association to brand’s historic roots in the Borgo Panigale area of Bologna. In an Italian territory known as “Motor Valley” and where high performance and racing runs through the veins of its people, Ducati underlines the pride in being world ambassadors for the “Made in Italy” title.

The 2012 Carole Nash MCN Motorcycle Show visitors were treated to their first glimpse of the 1199 along with the recently released Streetfighter 848 and the Diavel AMG Special Edition. As well as MCN’s Bike of the Year, the Diavel, there was the full 2012 model range on display including the acclaimed Multistrada, the Hypermotard, the updated Streetfighter family, the iconic Monsters and the latest Superbike range from 848 Evo to the incredible 1199 Panigale. The Ducati stand included the latest stylish Ducati Apparel, Ducati Performance accessories and race bikes.