The biggest and most powerful trucks in the world. 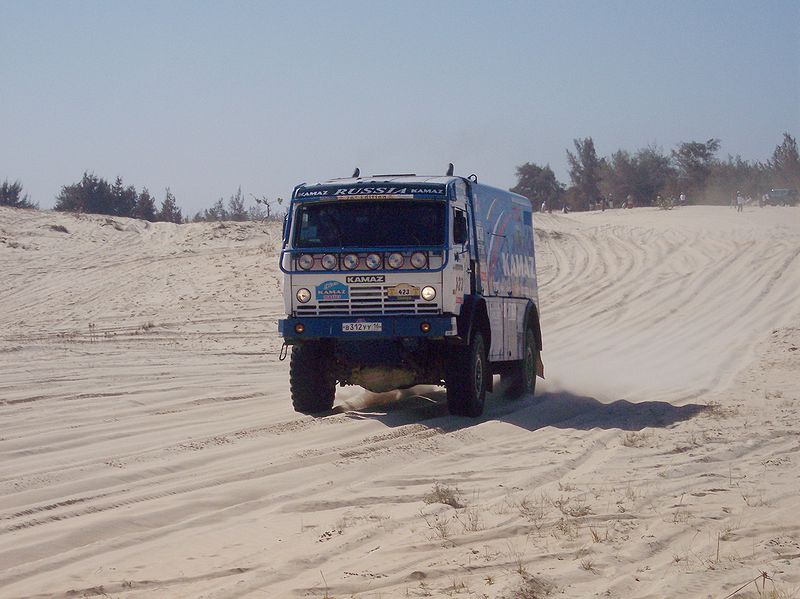 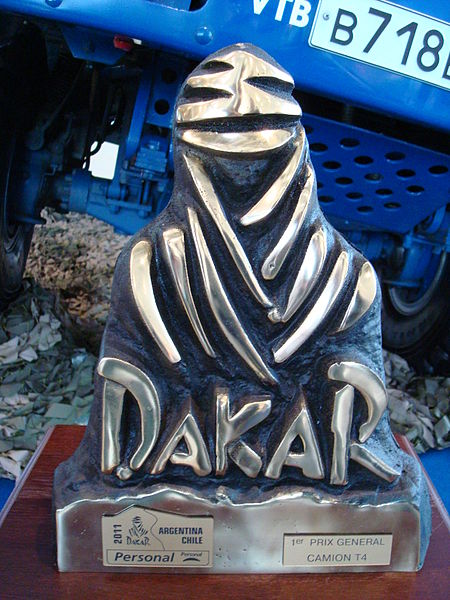 Trucks really make the world go around. The globe relies on heavy-duty trucks to do their jobs everyday. The power outputs of these muscular vehicles are so impressive that they could embarrass even super cars. The jaw-dropping trucks must perform the tasks reliably, regardless of temperature or weather conditions. The Dakar Rally and Baja 1000 races test trucks on some of the the harshest terrains in the world. These races are one of the biggest challenges one can do in motorsports. The harsh environment is a testing ground which demonstrates the durability of the vehicles. These genuine mobile home can be used also to self-sufficient trips over several days  far away from any form of infrastructure.

Here are some of the extreme trucks of the world that challenge the driving, mechanical, and orienteering skills of their teams. Superlative cars for extreme conditions: 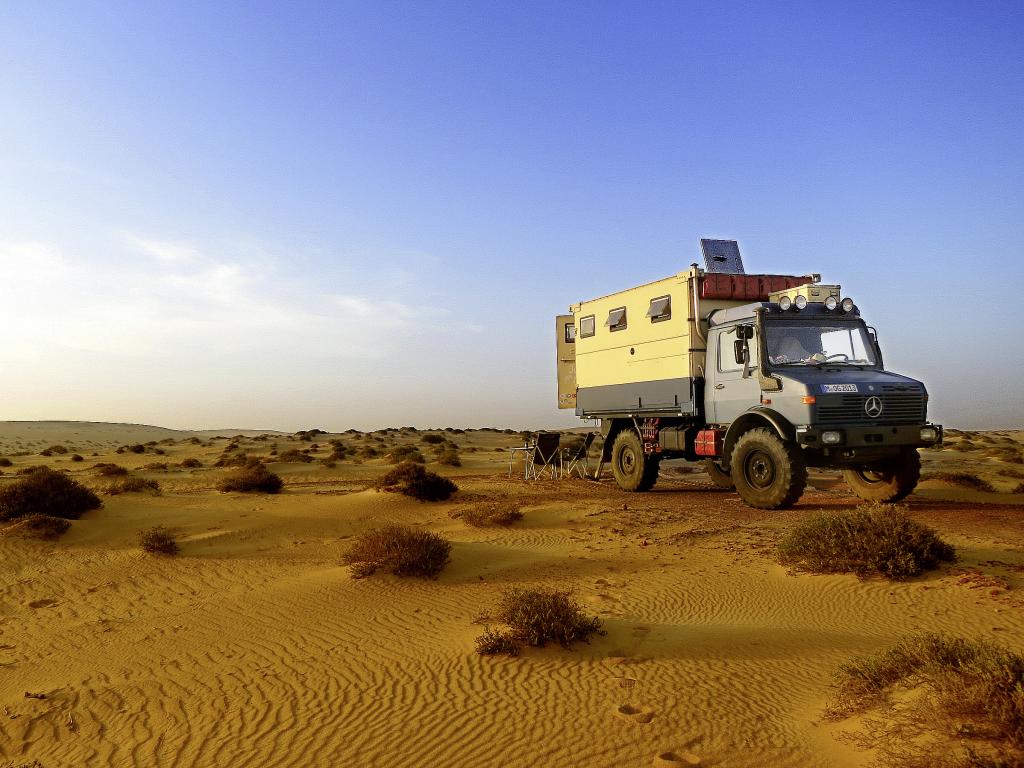 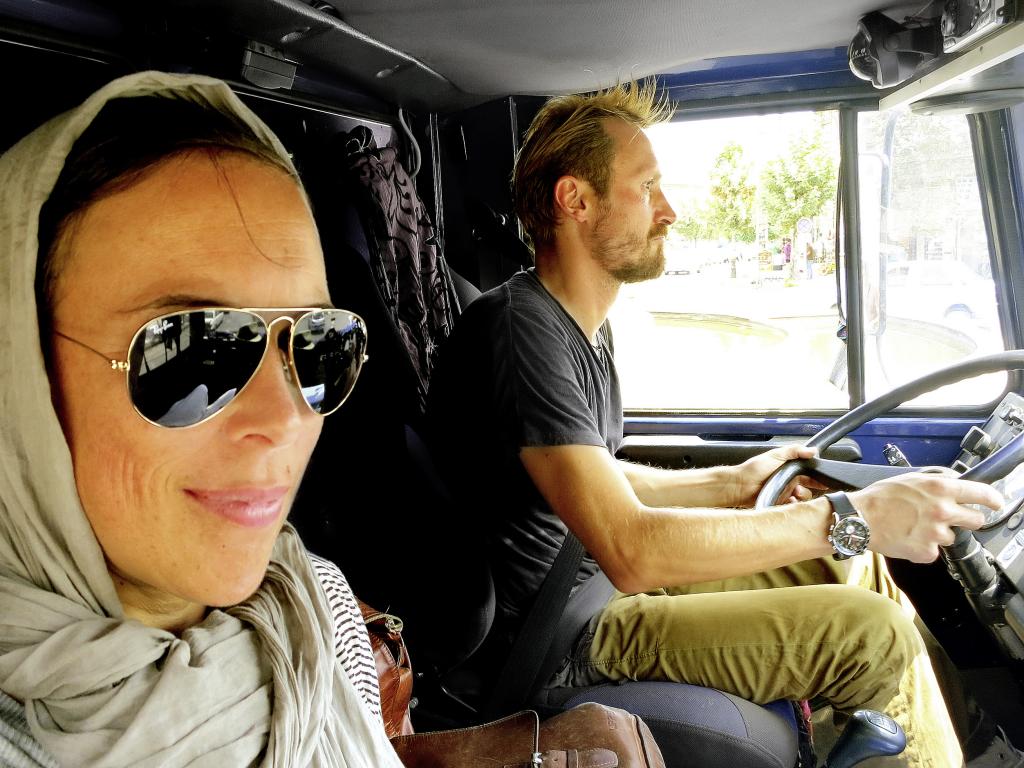 Daimler’s Unimog
The dunes are a child’s play for this Unimog, while in winter it works non-stop on mountains. It transports heavy Christmas trees and make XXL construction work. For the ninth time running the readers of the “Off Road” trade magazine named Unimog the best off-road vehicle of 2013 in the “Special vehicles” category. The Unimog extreme off-roaders were completely redesigned in 2013. Equipped with modern Euro VI engines, the vehicles are featuring outputs of up to 220 kW (299 hp) on the U 530 and 170 kW (231 hp) on the U 5023. With a full tank of 540 litres of diesel and 180 litres of fresh water on board, the Unimog weighs around seven tonnes. 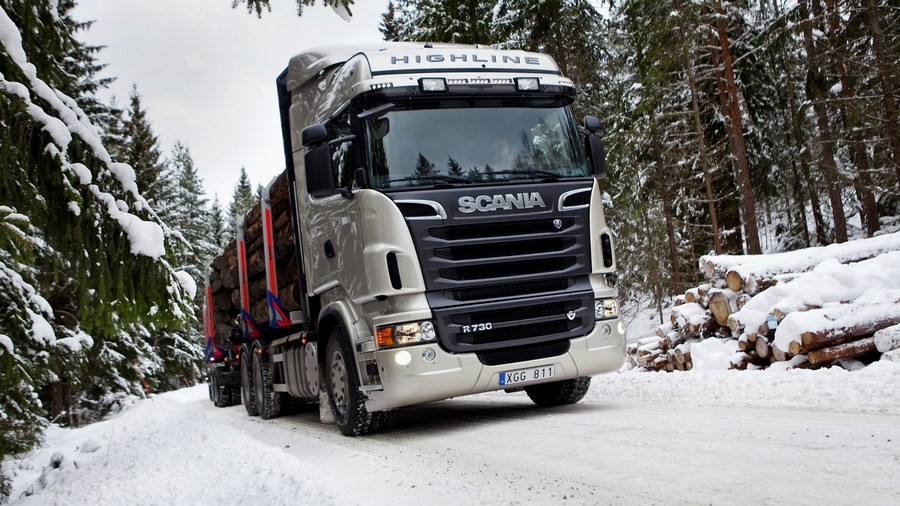 Scania R730 truck
The fight for the title of the most powerful commercial truck in the world is lead betweenScania and Volvo. In 2009 Volvo claimed the title by unveiling Volvo FH16 750, that could produce 700 horsepower. Scania’s answer came with the R730 – one of the most powerful production trucks. It features a 16.4 liter DC 16 turbo diesel V8 engine producing730 horsepower. It also has torque of 3,500 N-m at up to 1,350 rpm. 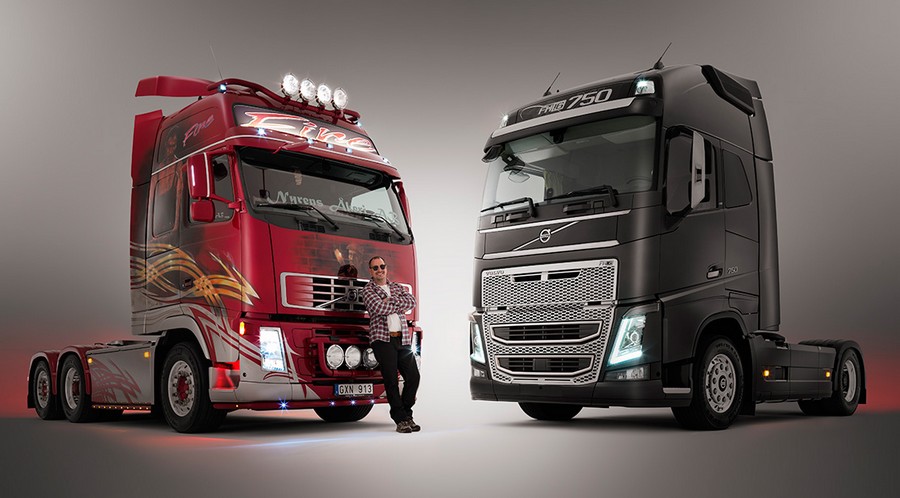 The Volvo FH16 750
With 700 hp and 3150 Nm of torque, Volvo FH16 750 is the most powerful semi-truck in the world. Intended for the heaviest and most demanding of transport operations, Volvo FH16 750 has both the best performance and the best fuel economy in the segment. in 2009, the truck has become even more powerful but without compromising on the environment. This engine is a further development of Volvo’s previous D16 engine that produced 660 hp. 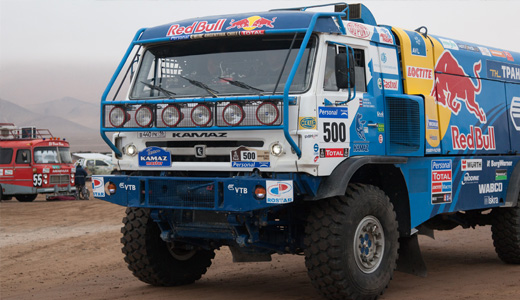 Kamaz trucks
Kamaz, the largest truck producer in Russia, have won the Dakar Rally a record twelve times and is considered one of the most enduring trucks in the world. The factory produces 93,600 trucks a year, while the reinforced KAMAZ trucks are used by the Russian army. Super marathon like Dakar is a test platform for new engineering designs for truck components in the most stressful off-road conditions. According to Kamas, many technical solutions suggested by KAMAZ-MASTER’s sports workshop are often transferred to series-produced trucks. KAMAZ is currently the only manufacturer’s team in Dakar’s trucks class, while all other teams are private, with some minimal support from the manufacturing. Russia’s largest heavy-duty vehicle manufacturer long ago has left behind the legendary ZIL and GAZ. 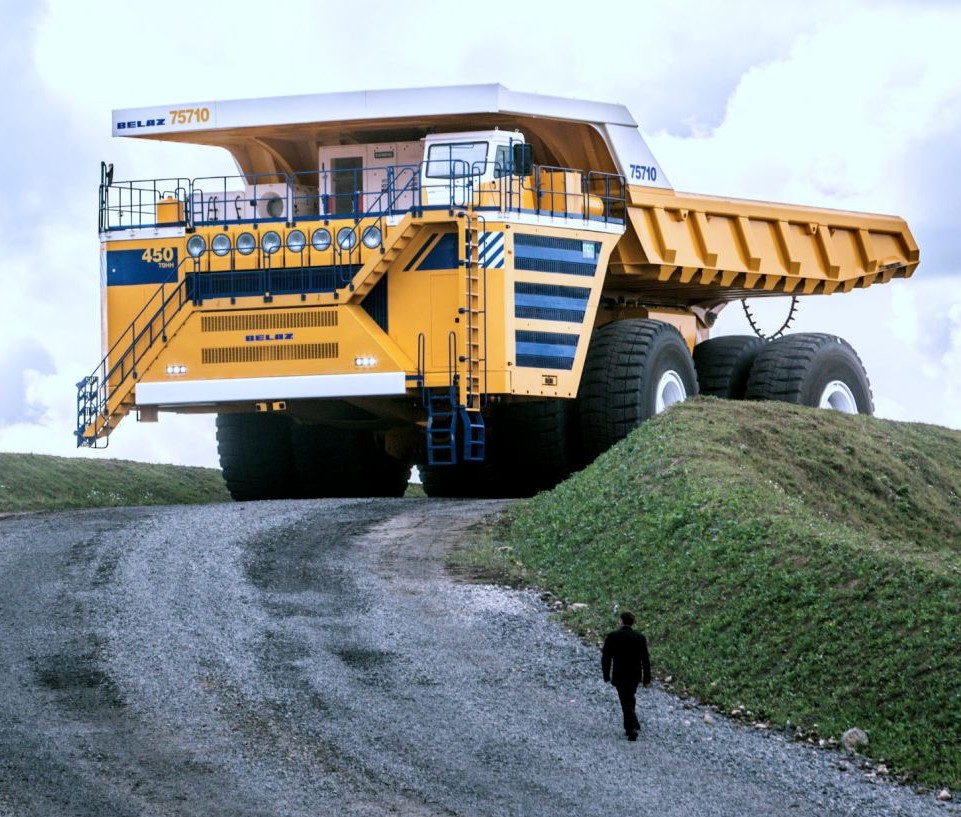 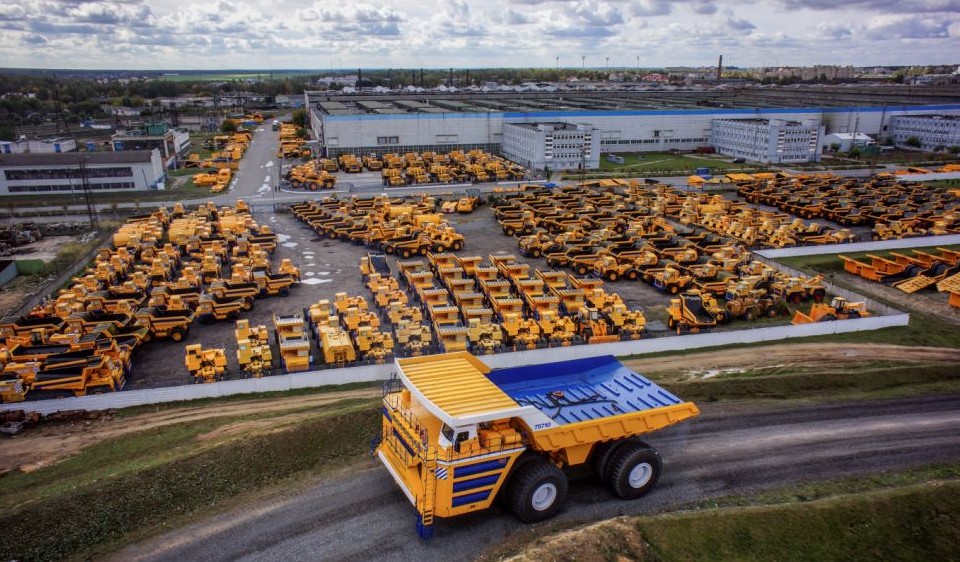 Belaz 75710 supertruck
Designed to work in temperatures from -50 to 50C and in altitudes up to 16,000ft., Belaz 75710 produced in the former Soviet republic of Belarus is the biggest dumper truck in the world. The huge dumper lorry can carry 450 tons of debris, and is 8 metres high. The two diesel engines of
the vehicle develop a combined 4,600bhp, the same as 4 Bugatti Veyron SuperSports cars. Belaz factory supplies a 3rd of the world’s dumper trucks. 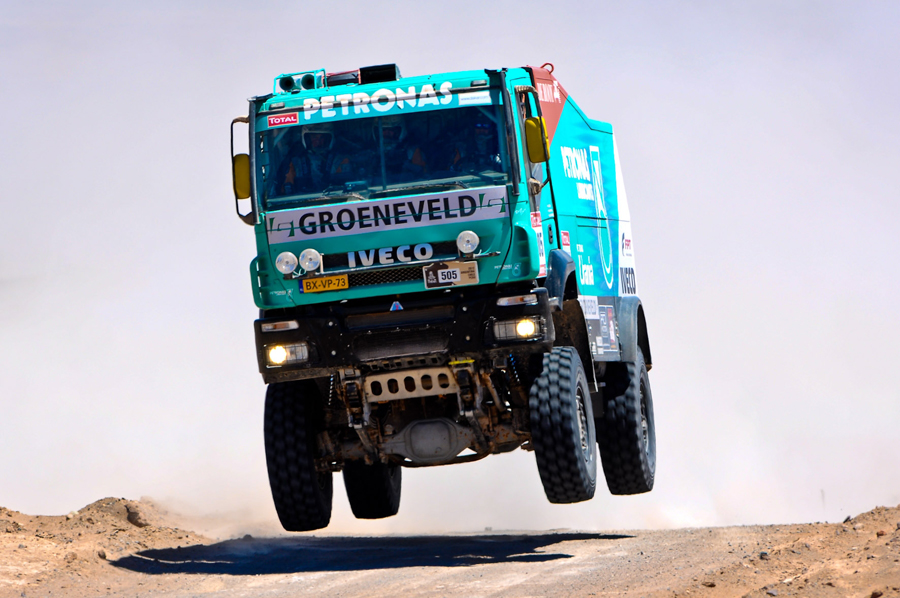 IVECO Powerstar trucks
The history of the Paris-Dakar began way back in 1977, but only the 1980 rally saw trucks for the first time in the competition. In 1982 the Dakar rally also began for Iveco. In 2012 Iveco obtained the most important result with Gerard De Rooy and his team, achieving 1st, 2nd and 6th place in the overall standings. 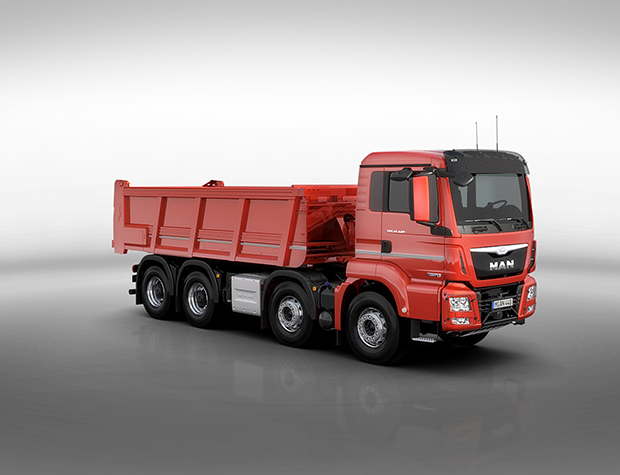 In everyday operations, these all-rounders are real power packs for heavy-duty and building site transport. During the Dakar Rally, MAN´s TGS trucks have been driven to their limits and were tested on stony tracks, boulders and sand. “Thanks to its impressive wheel, engine and gearbox combinations right up to 8×8 all-wheel-drive trucks, it can get just about anywhere,” says its manufacturer.

If powerful engines are your passion, then an expedition with your own truck would be an excellent idea. Do not forget though, that Category B driving license does not give you the right to drive trucks. Take into consideration the completion of C+E courses of reputable driving schools for training, advice and support to get started as a HGV driver. We recommend HGV Express courses http://www.hgvexpress.co.uk/courses/ 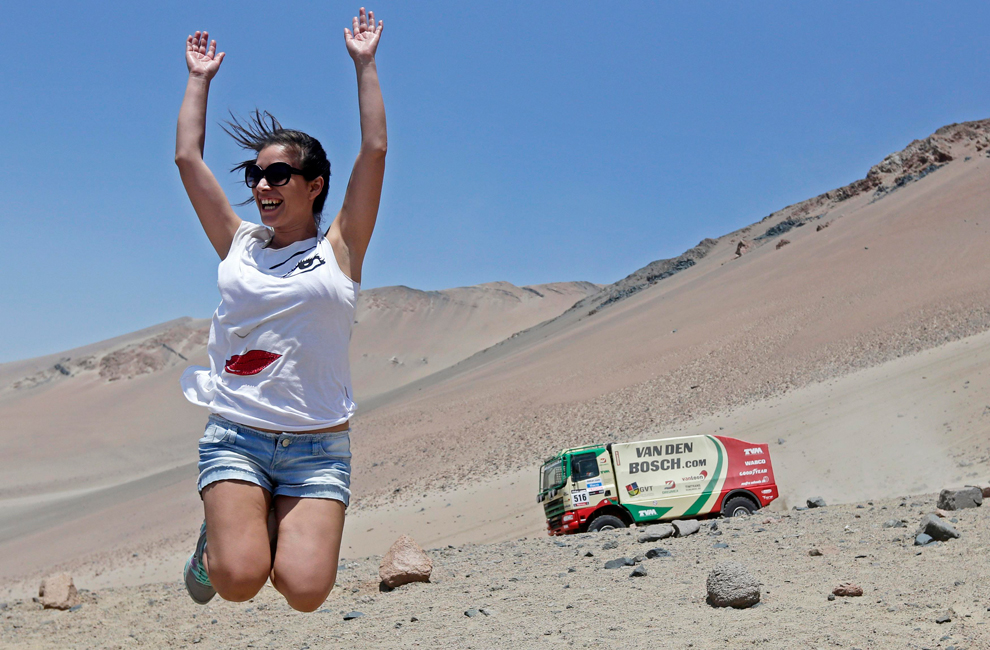 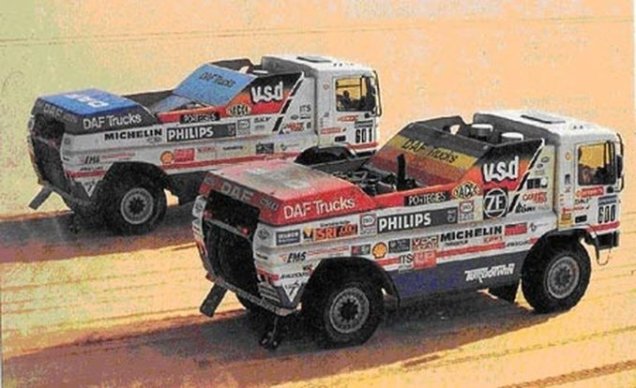