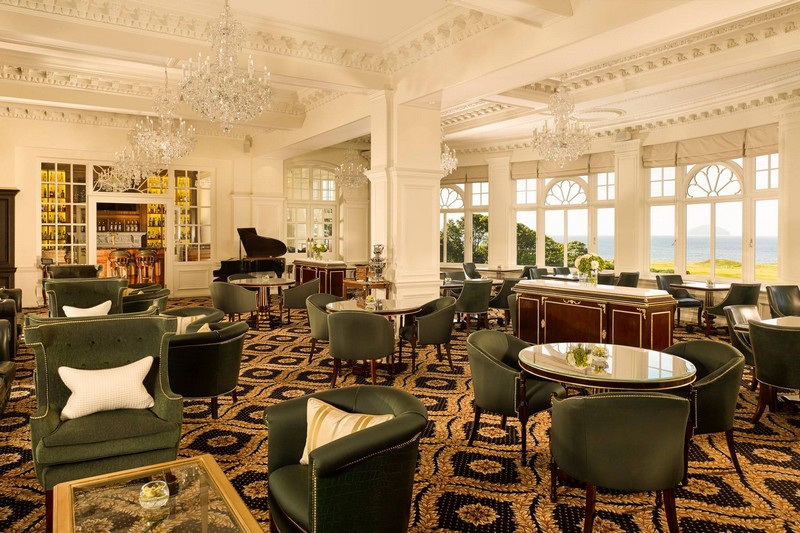 This article titled “Donald Trump angers Scots with ban on Irn-Bru at luxury golf resort” was written by Libby Brooks Scotland correspondent, for The Guardian on Thursday 10th May 2018 06.07 UTC

White House diplomacy has dipped to a new low after it emerged that Donald Trump’s luxury golf resort in Turnberry, Scotland, has banned the sale of Irn-Bru on the premises.

The ban came to light after guests asked for Scotland’s favourite non-alcoholic beverage to be supplied at an event but were refused because staff were concerned about potential spills.

The combination of colourants that give the fizzy drink its distinctive luminous orange hue are believed to be responsible for its notorious indelibility.

Related: Time to stockpile Irn-Bru? How the sugar tax will change our favourite drinks

The five-star resort on the Ayrshire coast has recently benefited from a £200m upgrade, which is believed to have included hundreds of thousands of pounds spent on carpets.

Turnberry’s general manager, Ralph Porciani, told the Ayrshire Post: “We can’t have it staining when to replace the ballroom carpet would be £500,000 alone.

“We have villas here with Irn-Bru stains in the carpets which I can’t let.”

The latest affront comes after a change in recipe cut the sugar content of the drink by almost half following the introduction of the UK government’s sugar tax, prompting fans to stockpile cans of the original version.

The piecemeal ban on Scotland’s other national drink, long avowed as the ultimate hangover cure, has caused inevitable outrage on social media, and will likely swell the protests already planned should Trump visit Scotland as part of his trip to the UK in July.

The US president, whose mother was born on the island of Lewis, also owns a golf resort in Aberdeenshire, and is expected to meet the Queen at Balmoral during his controversial visit which is planned for 13 July.

The Scottish Labour leader, Richard Leonard, has pledged to lead the protests against Trump: “Someone who holds such misogynist, racist and anti-trade union views not to mention his whole approach to foreign policy, someone who rejects the Paris climate change agreement, should simply not be given the red-carpet treatment.”

The Scottish Greens leader, Patrick Harvie, vowed that Trump would be “met with a level of protest not seen since the Iraq war”.

Scotland’s first minster, Nicola Sturgeon, has previously spoken out against a state visit by Trump. Last November, after the president retweeted an anti-Muslim video, she argued that such a visit would be “inappropriate”, adding: “When President Trump was first elected I said that we could not afford to compromise our own principles in the interests of diplomatic silence and this is one occasion where that is absolutely the case.”

Irn-Bru – which is not, despite its famous advertising tagline, actually made from girders, but does contain a total of 32 flavouring agents – consistently outsells all other fizzy drinks in Scotland.

First produced in 1901 under the name Iron Brew, the Bru has cultivated a maverick status amid other beverage behemoths such as Coca-Cola, producing near-the-knuckle adverts including a billboard of a cow with the tagline: “When I’m a burger I want to be washed down with Irn-Bru”, which drew 700 complaints.