The Palace of Versailles, Château de Versailles, or simply Versailles is a royal château in Versailles in the Île-de-France region of France. Famous not only as a building, Versailles is a symbol of the system of absolute monarchy of the Ancien Régime, an icon of luxury and the French art of living. The famous palace is a perpetual source of inspiration for other French luxury symbol. Dior’s latest high jewelry collection by Jewelry Designer Victoire de Castellane invites us to revisit Versailles, magnifying glass in hand, to better appreciate its graphic and ornamental aspects. 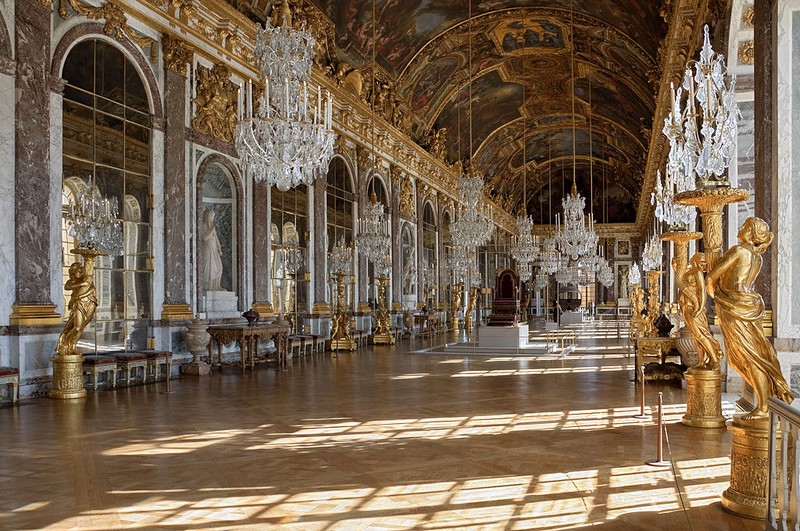 A crystal tassel from a chandelier and a curtain tieback in the royal apartments were transformed into diamond drop necklaces, rings and earrings in white and pink gold, diamonds, sapphires and pink sapphire. The ‘Salon d’Apollon’ brooch which draws inspiration from the baroque interior of the Salon d’Apollon, one of the most sumptuous rooms in Versailles. The 18th-century jewelry making techniques makes diamonds to appear suspended in midair.

“I imagined Versailles by night, where the stones glistened in the candlelight,” said Victoire de Castellane.

“That was a challenge for the atelier, because they know I like it when the metal disappears and the ribbon conveys movement, plus it has to stay light,” explained de Castellane. “These pieces prove that we’re working with the best ateliers in the world.”

Virtually, all the elements from Hall of Mirrors, Queen’s bedchamber in the grand appartement de la reine, or the Chambre du Roi (King’s Bedroom) can become haute joaillerie items. So, we expect the ´Dior A Versailles´ collection to have a very promising continuation. 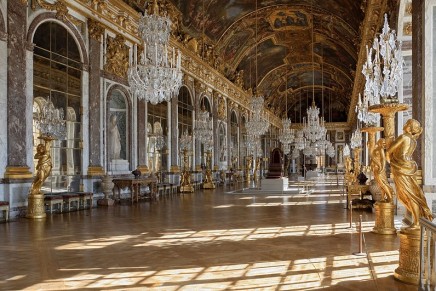 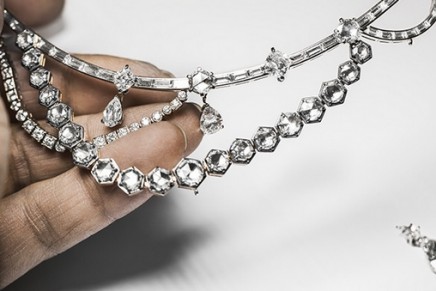